Our team is dedicated to finding and telling you more about the products and deals we love. If you love them too and decide to purchase through the links below, we may receive a commission. Pricing and availability are subject to change.

Cast iron skillets are all the rage in cooking today, but not all cast iron skillets are made equally. Lodge, recognized for its hefty and quality cast iron items, is widely considered one of the most trusted and reliable cookware brands on the market. The 1896-founded company even humbly brags that it makes “the best cookware on the planet!”

While the brand’s products cost a pretty penny (quality costs, right?), its most well-known and frequently referenced line is its range of cast iron skillets.

One of its more reasonably-sized selections is its 10.25-inch pre-seasoned skillet, which originally retails for $26.68 on Amazon. The retailer, however, is now offering the item at a 44 percent discount, bringing the final cost down to just under $15. 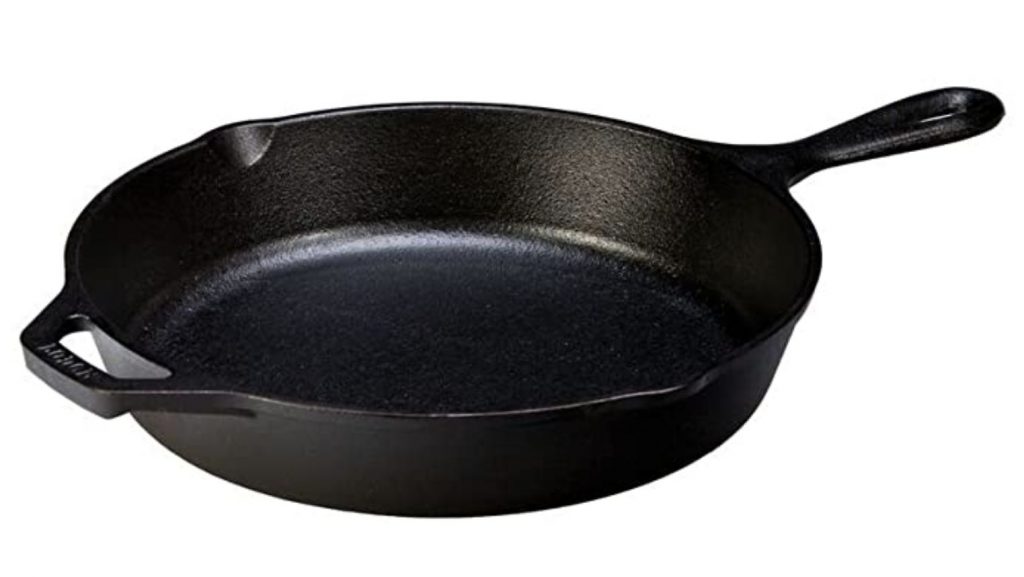 Deemed the new “go-to pan for generations to come,” this cast iron skillet is perfect for all cooking functions, including deep frying and roasting. Adding to its premium quality and differentiating it from competitors, this selection from Lodge comes fully seasoned with 100 percent vegetable oil and excludes any synthetic coatings or chemicals.

Adding to its authenticity and “homemade” charm, this cast iron skillet was made in the United States — in South Pittsburg, Tennessee — by the family-founded brand.

While all of these elements are good to know, the true testament comes in shoppers’ hands-on experience with the product. From the looks of the whopping 15,000-plus five-star reviewers’ raving endorsements, this is a ratings-winner across the board.

One shopper spoke to the product’s premium quality, writing that it is truly made to “last forever.”

Another shopper spoke to the pan’s versatility and premium quality, pointing out that it works on different stove types and looks brand new after multiple uses.

“I love this skillet!” one shopper wrote. “I’ve used it on the stove (gas and electric), as well as over fire outdoors. I’ve owned it for eight months now, and it still looks as new as it did eight months ago.”

A third shopper added that he’s become so addicted to his skillet that he uses it on a daily basis — to cook literally everything.

“This pan never leaves the stove. I use it at least once a day, it is so versatile,” he wrote. “The sloped sides let me sauté just like with the stainless steel pan.”

The same reviewer went on to rave about the multiple recipes that he’s been able to execute with this Lodge cast-iron skillet before dubbing it “a real workhorse of my kitchen.”

“What can’t I cook with this thing? I sauté veggies, make grilled cheese sandwiches, fry eggs, reheat tortillas, make omelets, sear steaks, and make sausage gravy to go over biscuits,” he added. “You can see why it never leaves my stovetop.”

One of the few cons shoppers had for this product is that it’s “very heavy” and, due to its weight, it can take a bit longer than standard pans to heat up. This, however, is expected from cast-iron cookware and is not dubbed a deal-breaker for reviewers.

The general consensus appears to be that this is literally the “jack-of-all-trades” of the kitchen. Make sure you get one before the price reverts!

If you enjoyed this story, you might like to read aboutthis 8-in-1 pan with a 30,000-person waitlist that comes in a gorgeous new color.

More from In The Know:

This young entrepreneur makes six figures as a freelance writer

Subscribe to our daily newsletter to stay In The Know

The post This $15 Lodge cast iron skillet has over 30,000 5-star reviews on Amazon appeared first on In The Know.