First off, whatever does happen with the Los Angeles Rams the next few years has all been worth it. Let's never forget that.

But there is a conversation to be had about where the Rams go from here. There are ways out of the mess, but it's also possible the Rams could bottom out for a little while. Again though, worth it.

What will be on display Thursday night is the current state of the Rams, which is depressing. They're 3-9, on pace to have the worst season ever for a reigning Super Bowl champion. They claimed Baker Mayfield off waivers on Tuesday, and didn't rule out starting him on Thursday. That's how bad it has gotten. The Rams' injury list is an all-star team. Amazon Prime Video hoped to feature a star-filled Rams team against the Las Vegas Raiders on Thursday night. Instead we get John Wolford (or Mayfield) throwing to Ben Skowronek and Brandon Powell, with lengthy debates about the Rams' all-in approach.

The next question the Rams have to face will be, where do they go from here?

There's a scenario in which the Rams have their run-it-back season next year. Matthew Stafford back throwing to Cooper Kupp, Aaron Donald and Jalen Ramsey dominating on defense and coach Sean McVay overseeing it all. As long as the Rams' core is healthy — and a lot of key pieces are under contract for 2023 — they can bounce right back. We all know the Rams will be aggressive in building around those core pieces as long as they're around.

Then again, maybe it's not a one-year dip.

McVay and Donald both had retirement rumors swirling around them this past offseason. Donald filed a retirement letter with the Rams before working out an extension. We'll never know exactly how close those two were to walking away, but it seems safe to say they considered it. And that was before a rough 2022 season, one that includes a high ankle sprain for Donald. Donald is missing games due to injury for the first time in his career. Maybe one or both doesn't just consider retirement next offseason.

Stafford has had at least one concussion this season and is on injured reserve with a spinal cord contusion. Stafford turns 35 in February. Stafford has a wife and four children. He has a Super Bowl ring, along with a lot of punishment from many years playing behind bad offensive lines. Retirement can't be ruled out.

And if some or all of the other stars walk away, what happens with Ramsey? He has a $25.2 million cap hit in 2023, a ton for a cornerback if he's on a team without much else around him. He's a tradable asset at age 28. Though the Rams seem like the last team that would rebuild, they would at least have to consider moving Ramsey if there are other departures this offseason. Maybe that's how they recoup some of the picks they've traded away.

That's the doomsday scenario though. Maybe it won't be that bad for the Rams. 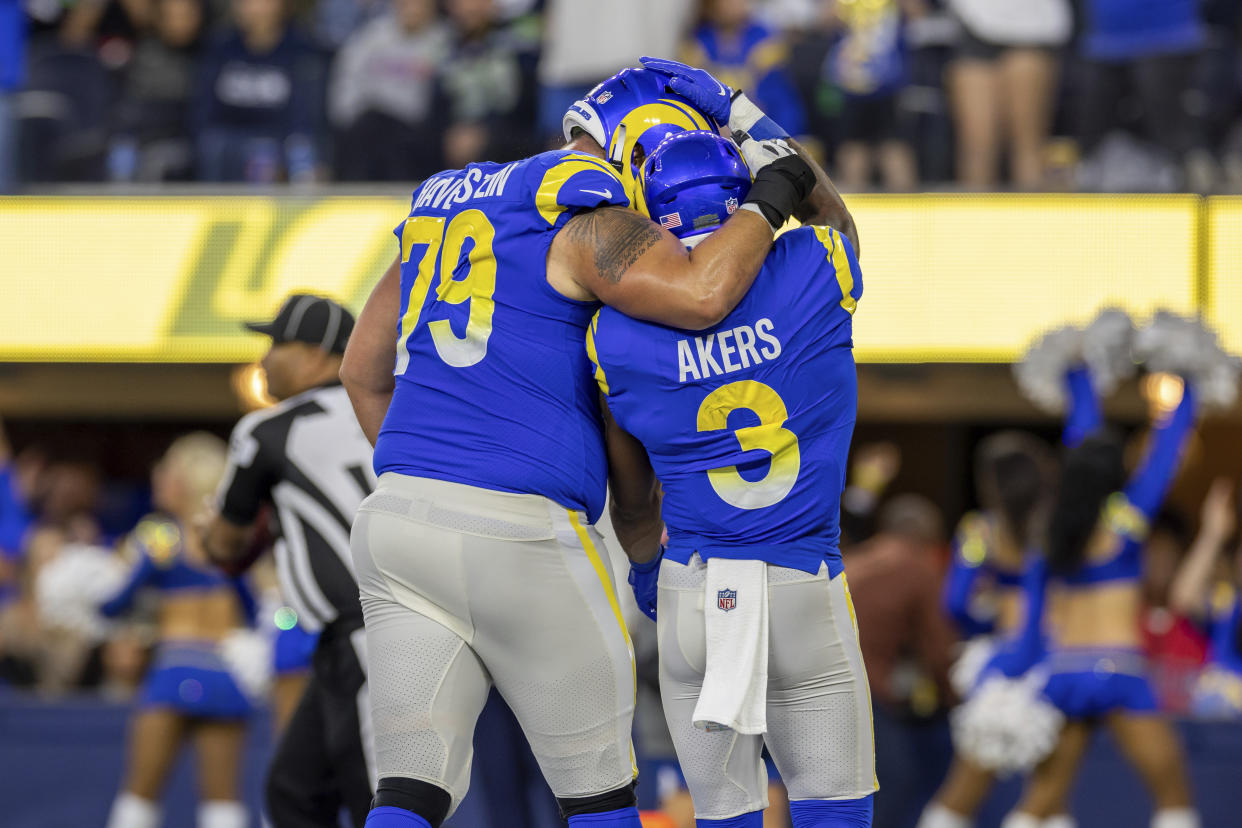 How long would a Rams' rebuild take?

No matter who comes back or doesn't for the Rams, there will be plenty of stories written about the Rams' approach during the 2023 draft.

The second first-round pick they sent to the Lions would be fourth overall if the season ended today. Given the state of the Rams, they seem very unlikely to fall out of the top five. The Rams also traded a fifth-round pick for cornerback Troy Hill. They do have two extra picks in the sixth round. It likely won't be the draft class that reforms the Rams, though a couple of good mid-round picks will help.

The Rams will have a transition period, but how long that will last is overstated. If you see someone say the Rams are set back for a decade, dismiss it. If the Rams are bad for 10 years, it's because they screwed up many chances at a rebuild. A decade ago, Donald was just a junior at Pitt, with a senior season to go. He has had a full, all-time great NFL career since then. McVay was Washington's tight ends coach 10 years ago. A decade is a lifetime in the NFL. Maybe two.

Even if the Rams' 2022 season is the first part of a multi-year decline, it doesn't have to last long. The Rams were 4-12 in 2016. They hired McVay the next offseason, and in his second season they were in a Super Bowl. Every NFL team is a good coach, good GM and a couple of strong drafts away from being a contender as long as they don't have an albatross of a contract holding them back. The Rams have a lot of money tied up in their stars, but they're also masterful at navigating the cap.

The Rams might go through another season or two like this one. But building back up doesn't have to be as long and painful as many will say. If they can draft well, fill in some more holes with smart free-agent signings and have a few young players on the roster come along, they'll be back to shoving all their chips to the middle of the table before long.

08/12/2022 World News Comments Off on Thursday Night Football: What does the future look like for suddenly depleted Rams?
Lifestyle