A TODDLER died after allegedly being raped and battered by her stepdad as the child's teenage mum watched. 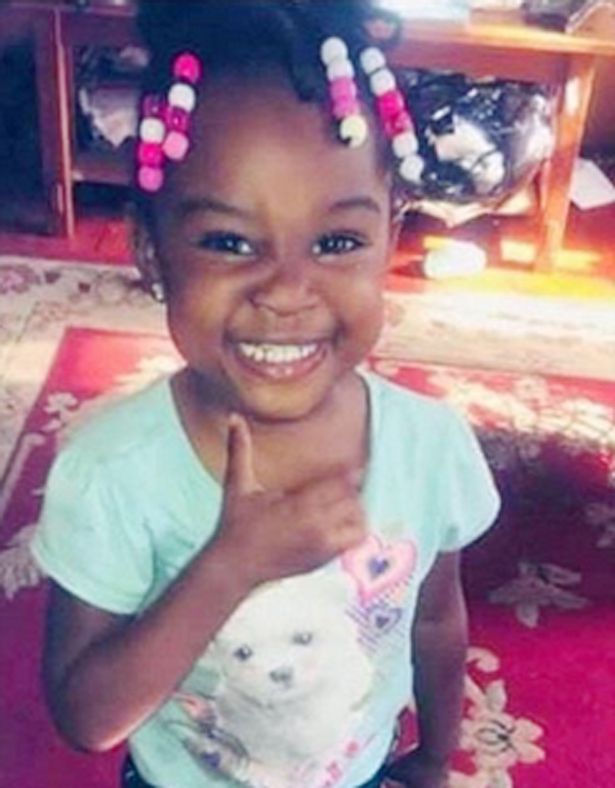 Brooks, 19, is accused of being party to first-degree cruelty to children, aggravated battery, battery and providing a false statement.

Cops said "heinous" child abuse had been committed against Janiyah.

A police press release said: "The child had injuries to her vaginal area, ribs, along with swollen hands and unknown trauma to her head.

"She appeared to have old wounds as well."

'GONE BUT NOT FORGOTTEN'

Police also shared a heartbreaking picture of a smiling Janiyah that was taken just before her death – along with the caption: "Three-year-old Janiyah Armanie Brooks, gone but not forgotten."

Albany Georgia Police Department was called to the child's home at 7.30pm on May 13.

Parker allegedly told officers that his stepdaughter was unresponsive.

Janiyah was rushed to hospital, where she stayed on a ventilator for almost a week before she passed away.

Jennifer Kaye, who claims to be the girl's aunt, has set up a GoFundMe page to help pay for Janiyah's funeral.

She wrote: "Our precious three-year-old Janiyah Armanie gained her wings at 12.15pm on March 18.

"Lord knows we didn't want to give up as we were  maintaining hope to the best of our ability.

"Our beloved angel was brutally and heinously attacked which caused her life to be snatched away from her."

21/05/2019 World News Comments Off on Toddler, 3, dies after being ‘raped and battered by monster stepdad while her mum watched’ – The Sun
Lifestyle