LABOUR deputy leader Tom Watson has announced he is standing down as an MP.

Watson, who is one of Labour's best-known figures, has represented the constituency of West Bromwich East since 2001. 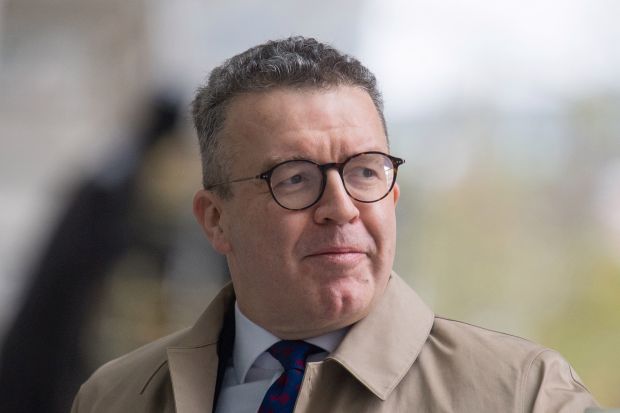 In a tweet tonight Mr Watson, who has repeatedly clashed with Labour Leader Jeremy Corbyn, wrote: "After 35 years in full-time politics, I've decided to step down and will be campaigning to overcome the Tory-fuelled public health crisis.

"I'm as committed to Labour as ever.

"I will spend this election fighting for brilliant Labour candidates and a better future for our country."

In the shock announcement, he added: "The decision is personal, not political."

Mr Corbyn thanked Mr Watson in a letter, adding: "This is not the end of our work together."

Mr Watson's credibility had been dented by his vocal support for the VIP sex claims against prominent politicians by fantasist Carl Beech, which have since been exposed as fabricated.

Victims of Scotland Yard's bungled investigation last month demanded he quit, claiming he had "applied pressure on the police and should hang his head in shame."

In 2012 Mr Watson had claimed there was "clear intelligence suggesting a powerful paedophile network linked to parliament and No 10".

He later met Beech – known as "Nick" before a judge took away his anonymity – and described one of his conversations in 2014 as "very, very traumatic and difficult".

When Lord Brittan died in January 2015, Mr Watson – quoting an email from Beech whom he described as a 'survivor' – wrote in a newspaper column: "Yesterday, one survivor said to me that…that Britain was 'as close to evil as a human being could get'".

An officer in the case is understood to have indicated that Mr Watson's interest was a priority issue for the police.

After Beech's conviction he said: "I reassured Nick that the police had made clear that all allegations of historic sex abuse would be taken seriously and treated sensitively.

"That is what the police had asked me to do. It was not my role to judge whether victims' stories were true."

Labour's Deputy Leader also found himself in a vulnerable position as he repeatedly clashed with hard-Left supporters of Jeremy Corbyn who tried to remove him in an attempted coup which he described as a "drive-by shooting".

Mr Watson's demands for a second referendum had also put him at odds with many voters in his constituency where about 70 per cent voted Leave.

It was revealed the Tories were targeting his West Bromwich East seat in a secret "decapitation" strategy drawn up by election planners.

The West Midlands rather than the North is now emerging as the most important battleground for the December 12 poll.

Mr Watson is the most prominent of a number of centrist Labour MPs to leave the party – or quit parliament altogether – since hard Left leader Mr Corbyn became leader in 2016.

He is a friend of Luciana Berger, who left Labour to form the breakaway Change UK party, and has since defected to the Liberal Democrats. 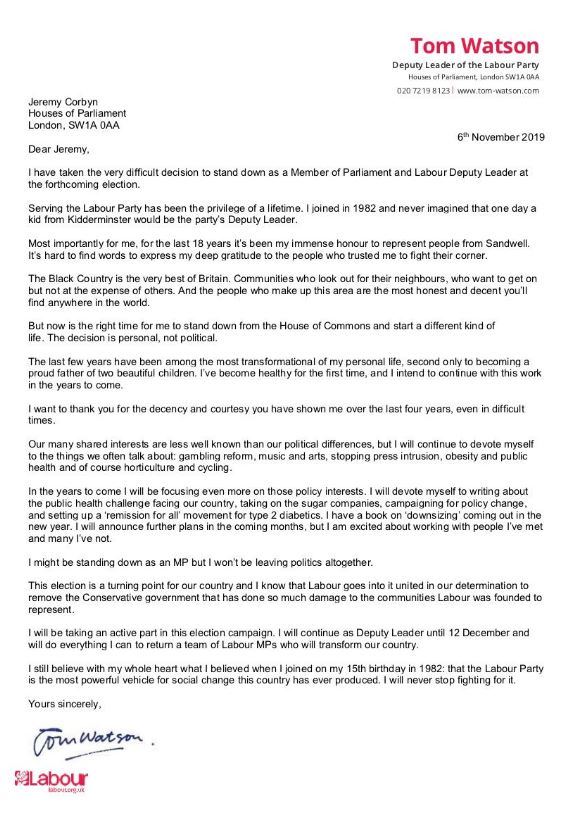