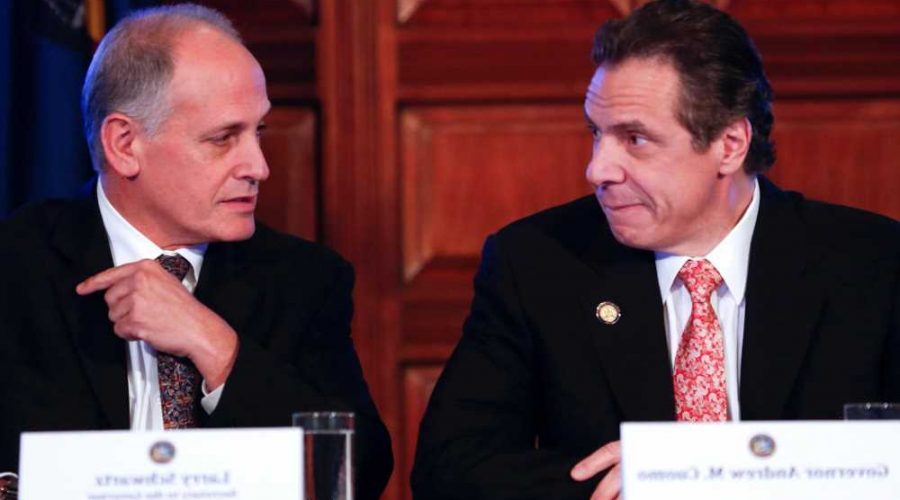 Fashion label says Cuomo administration cheated them out of $10.4M for pandemic PPE

Schwartz, Cuomo’s former chief of staff and board member of the Metropolitan Transportation Authority, would have to file financial disclosure documents and be subject to a two-year lobbying ban after working for the state following the Legislature’s rule change, according to the New York Times.

Schwartz joins a growing list of recent departures from the Cuomo administration in the wake of several scandals including multiple allegations of sexual harassment against the governor and investigations into that matter and the administration’s hiding of nursing home death tallies.

Other exits from the executive chamber include Rhodes and Burns, who returned to their pre-pandemic employment in other state departments.

“At the request of Governor Cuomo, I returned to public service over a year ago as a volunteer to help in the battle against COVID,” Schwartz said in a statement to the Times.

“As a lifelong resident, I take pride in helping my fellow New Yorkers.”

One of the repealed executive orders had exempted high-level state volunteers from having to comply with a two-year ban on lobbying once they leave state government. The same order, which had been known in Albany as the “Larry Schwartz rule,” also exempted those volunteers from other ethics rules.

Schwartz joined the administration last spring as an unpaid “volunteer” tasked with COVID-19 response, but was not subject to those requirements because of a Cuomo-directed executive order waiving those rules.

Schwartz even spent a stint staying over in the governor’s mansion, according to Cuomo in his pandemic-era leadership book “American Crisis.”

He also commandeered the state’s vaccination rollout last fall, but got into hot water when reports surfaced that he micromanaged distribution efforts and was accused of engaging in bullying tactics with local officials.

Cuomo top aide Melissa de Rosa tweeted Thursday: “I can’t think of another public servant who has sacrificed more than Larry Schwarz in their entire career than he has over the last year as a volunteer. Today I say thank you – and everyone else (esp those who stayed home while he showed up every day) should too.”

Sources told The Post that Sterne submitted his resignation in mid-March — following allegations that Cuomo had “groped” a staffer in the Executive Mansion sometime last year — but he departed after the state budget was passed in early April.