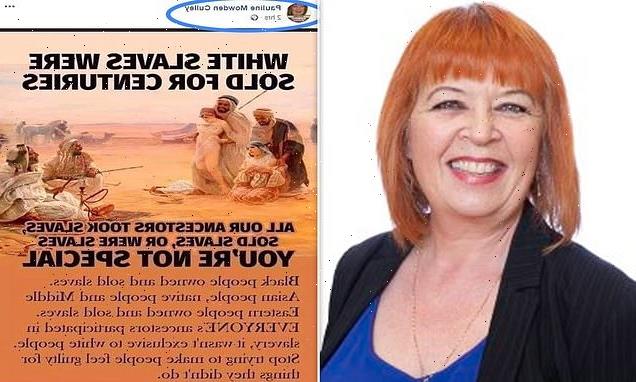 A Tory councillor who faced a probe for sharing a Facebook meme saying ‘white slaves were sold for centuries’ has been cleared of misconduct.

Pauline Culley posted a picture depicting white women being restrained by men in Arabian dress to her councillor profile at the height of the Black Lives Matter movement last summer.

The image had text over it which read: ‘All our ancestors sold slaves, took slaves or were slaves. You’re not special.’

Ms Culley shared the meme on September 6 and removed it from her social media page after around a day.

Following a complaint made by a member of the public, a hearing was held to determine whether Ms Culley had breached Darlington Borough Council’s code of conduct, with numerous people saying they found the meme to be grossly offensive.

But members of the standards committee unanimously found that she was not in breach of any rules. 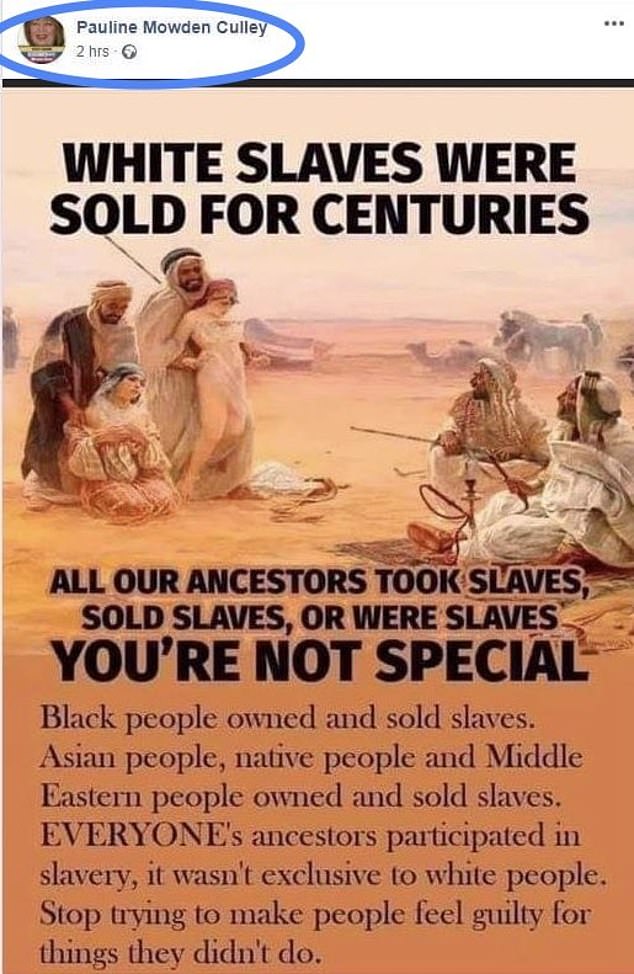 A Tees Valley resident, whose name was withheld, told the committee there were around 15million victims of the North Atlantic slave trade.

She said: ‘I can understand from Cllr Culley’s point of view that she is saying she thought it was interesting and just shared it, but she has had a really long time now to say that she didn’t intend it to be racist.

‘She has really dug in her heels that she shouldn’t even have to apologise, let alone for minimising the slave trade.’ 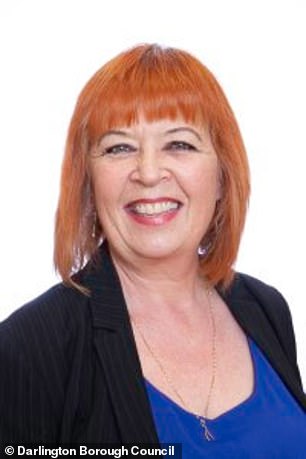 Ms Culley (pictured above) shared the meme on September 6 and removed it from her social media page after around a day.

Members of the committee considered whether the post had undermined or denied ‘that the transatlantic slave trade has created a legacy of discrimination towards black people’.

It also debated whether it failed to ‘recognise the discrimination that black people face’ and that it reflected poorly on Darlington Borough Council.

The ruling, published last night, in which Cllr Culley was exonerated, states: ‘The meme that was shared was about a matter of public debate and interest – arising against the backdrop of the issues raised during 2020 about racism and slavery.

‘The repost can be seen as a political statement – and made by an elected member. We view this as political speech with enhanced protection for freedom of expression.’

It continued: ‘The sharing of the meme by Cllr Culley was in our view ill-judged and the “you’re not special statement” was we think, offensive.

‘We are however aware that we need to consider freedom of expression.’

The ruling concluded: ‘While we do consider the meme offensive, we do not think that it is of a level to be considered as grossly offensive or amount to hate speech.’

The committee ruled that Cllr Culley did not break any part of the members code of conduct by posting the meme.

After the hearing, Cllr Culley said: ‘I am of course pleased with the decision of the panel, but disappointed that council officers had to waste so much time and money because of a political attack that was orchestrated by the Labour Party.

‘The significant resources that have been spent on this matter over the past year should instead have been directed to helping the vulnerable residents of our community during this difficult period, particularly at a time when funds are so limited.

‘Despite the fact that the outcome of this process was in my favour, the report that the panel relied on and that still appears on the council’s website grossly misrepresents my actions in a damaging manner.’