A FAMILY of treasure hunters have dug up two large gold nuggets worth £191,000.

Brother-in-laws Brent Shannon and Ethan West struck lucky near Tarnagulla in the Australian state of Victoria. 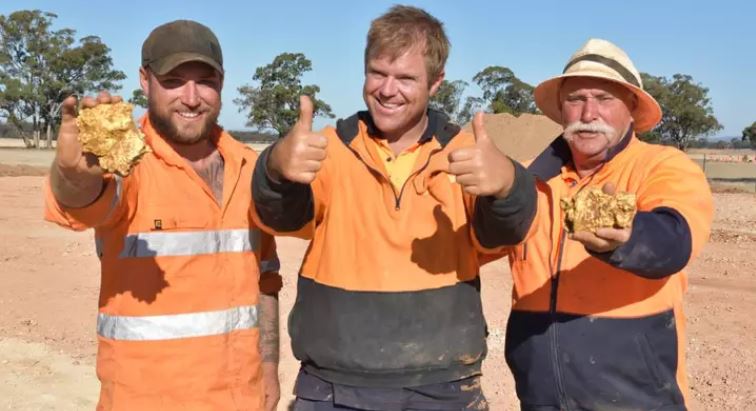 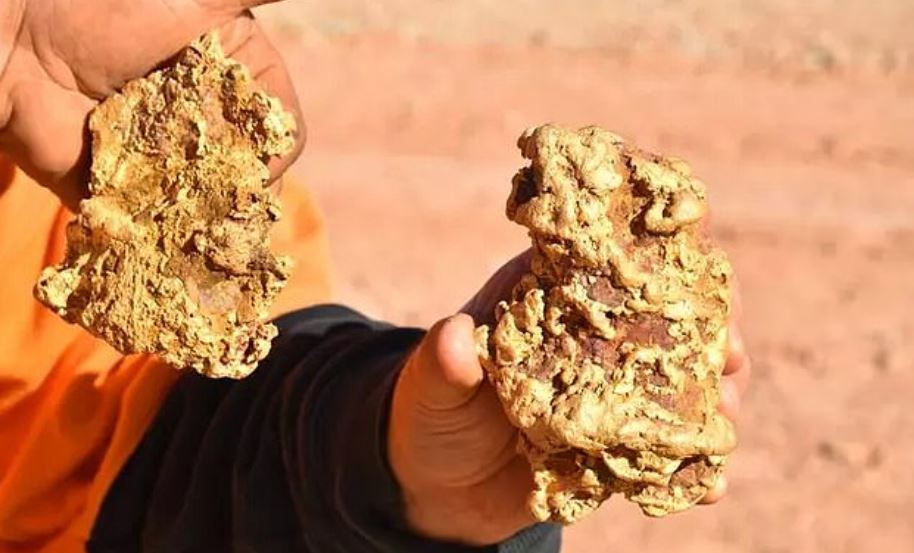 They discovered the gold, weighing a combined 3.5kg, after scouring the outback with their metal detector.

The pair, along with Ethan's father Paul, could make up to 30 per cent more if they sell the nuggets to a collector.

Tarnagulla is a former gold mining town and at one point boasted the world's deepest mine, at 4,613 feet.

Even though the gold rush ended over a century ago, the two lads were optimistic about their chances.

"I thought we were in for a chance. I was pretty excited to see the ground as it was virgin ground, which means it's untouched and hasn't been mined," Brent told News7.

"We pull the material out and put it up on the surface – and then we push it out very thinly and we detect it that way.

"We can recover more gold that way, and it's a better way to do it and a safer way to mine." 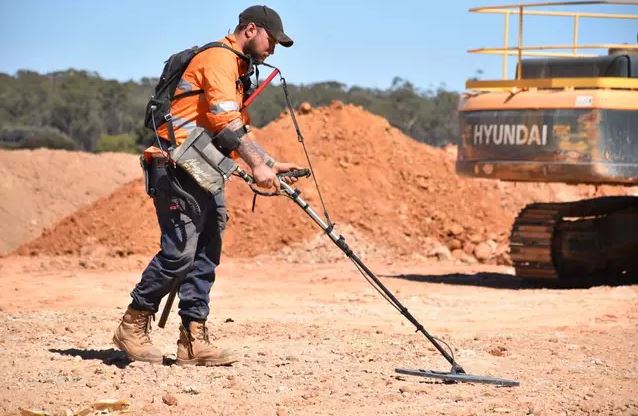 Ethan claimed he has found thousands of pieces of gold in the four years that he's been mining but none compare to his latest find.

"These are definitely one of the most significant finds. To have two large chunks in one day is quite amazing," he said.

He admitted that he is "very lucky" as he's picked up thousands of small chunks of gold.

"It's a sense of relief and achievement and accomplishment," he said.

"It's a feeling like no other. Nobody has seen these pieces of gold for millions of years and we're the first people to lay eyes on them."

"It's something we love doing."

He is also excited by the prospect of making money if they decide to sell the nuggets.

"My reaction is a bit different to Brent. He is like a kid in a candy shop. I see the prospect of making money. When you see the size of the nugget and start working out what it's worth, that's pure relief," he said. 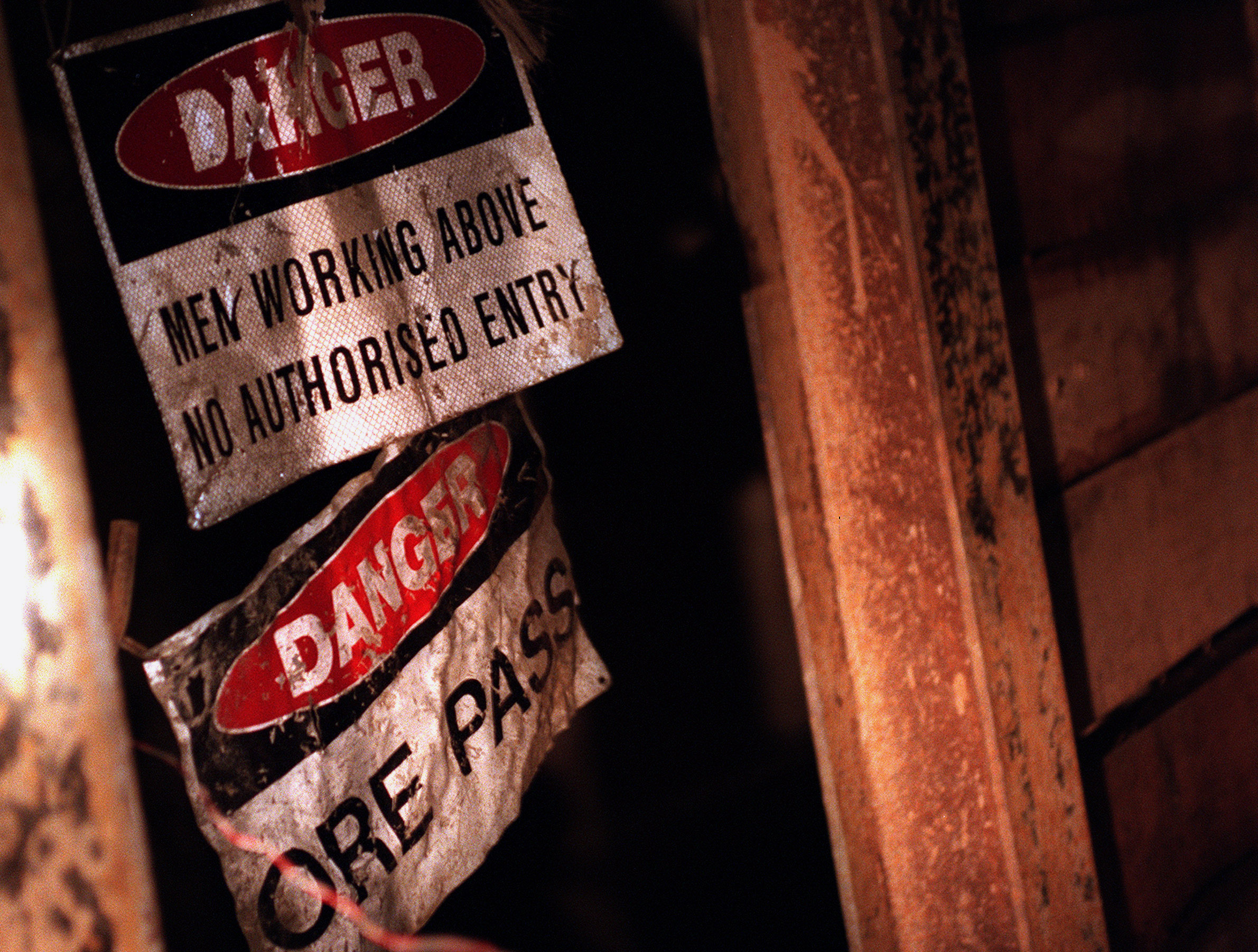