A triple murderer has died aged 67 after spending 35 years in solitary confinement for stabbing a guard to death – the longest ever served by a federal prisoner.

Thomas Silverstein, who was an inmate at the ‘Supermax’ prison in southern Colorado, entered prison in 1978 on an armed robbery conviction and was later found guilty of killing two inmates and a prison guard.

With no federal death penalty in place at the time of the guard’s slaying in 1983, the Bureau of Prisons instead put Silverstein in indefinite solitary confinement, where he remained until he was hospitalized.

He was admitted to a suburban Denver hospital in February to undergo surgery and died in intensive care on May 11, The Denver Post reports.

His wife, Renee Silverstein, said his died as a result of complications during heart surgery.

White supremacist Silverstein was moved to ‘Supermax’ in Florence in 2005 and was housed in a soundproof cell.

During his 35 years in solitary confinement he had very little interaction with others after he was subject to an unusual no-contact order. 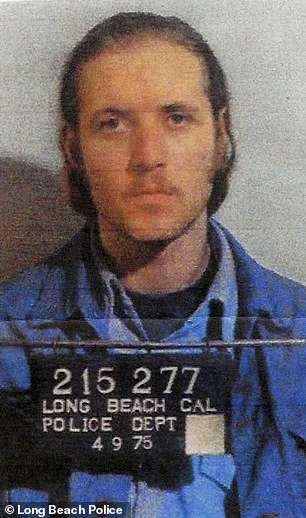 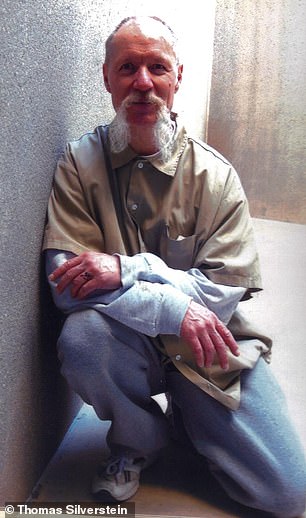 Thomas Silverstein, an inmate at the ‘Supermax’ prison in southern Colorado, who had been held in solitary confinement longer than any other federal prisoner, has died at the age of 67

A lawsuit filed in 2007 by his lawyers said the conditions were cruel and unusual.

In 2008 he wrote to a friend: ‘It’s almost more humane to kill someone immediately than it is to intentionally bury a man alive.’

He was first moved to a maximum-security prison in Marion, Illinois from Kansas after he was accused of killing an inmate.

That was overturned but while there Silverstein, said to be part of the Aryan Brotherhood prison gang, stabbed a guard to death and killed two other inmates.

His former attorney Daniel Manville said being in the the white nationalist prison gang made him a target, CNN reports, and he was then transferred to to a federal prison in Atlanta.

There he was constantly monitored by cameras in his 6-by-7-foot cell where the lights were never turned off.

His meals came through a slot in the cell door and he was allowed two outgoing phone calls a month.

Silverstein was finally moved to the Supermax prison in Colorado after a stint at Leavenworth in Kansas.

There he was allowed to write, watch television and exercise.