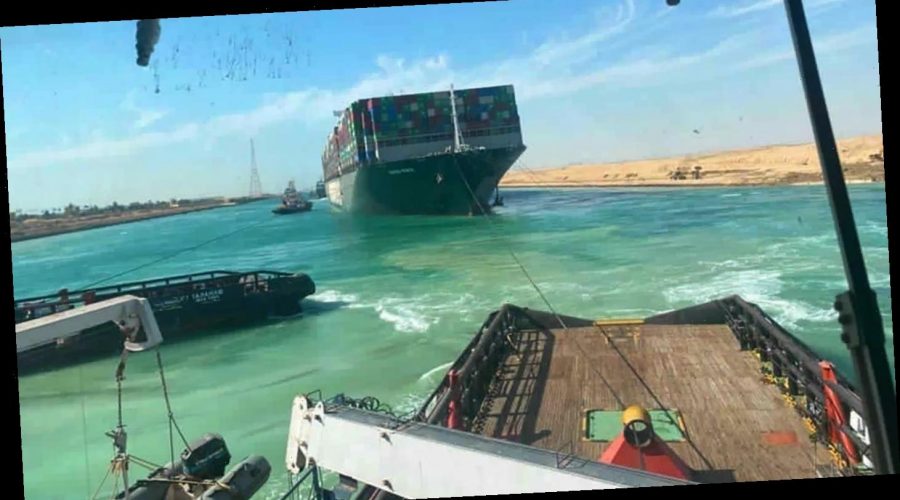 Egypt’s first female sea captain says she was skewered on social media for causing the grounding that blocked the Suez Canal for almost a week even though she was working on a ship hundreds of miles away.

The controversy comes as the canal authority announced that the backup of ships was finally cleared Saturday, 11 days after the Ever Given became wedged across a narrow section of the canal and six days after the ship was freed.

Marwa Elselehdar, 29, says she was working on the Aida IV, hundreds of miles away in Alexandria when she realized online rumors were blaming her for the mishap.

Trolls falsified an article on Elselehdar that had been published by Arab News days before the accident. The headline of a flattering profile was changed from “Marwa Elselehdar: Egypt’s first female sea captain is riding waves of success” to “Cargo ship crashes into Suez canal. First female Lloyd Arab captain involved in incident.”

Hapag-Lloyd is a container ship company, although Elselehdar does not work for it it and it does not operate the Ever Given. The blockage has been blamed for billions of dollars in global losses.

“Frankly when I read the news I was upset because I worked really hard to reach the position I have reached,” she said in a video posted online. “Anyone who works in this field knows how much effort a person has made over the years to reach this rank.”

Multiple fake Twitter accounts were created in her name, making it more difficult for her to present the true story, she said.

“It is difficult to see that someone is trying to cancel all this effort … or accuse me of being a failure or that I neglect my work,” she said. “It’s my reputation, and I definitely don’t want it damaged like this.”

Suez Canal blockage: Captain of Ever Given not aiding probe; calamity’s cost tops $1B

She was recently promoted to captain, although she has must take the final exam.

“People in our society still don’t accept the idea of girls working in the sea away from their families for a long time,” she told the BBC. “But when you do what you love, it is not necessary for you to seek the approval of everyone.”

The captain of the Ever Given has not been revealed. The total of 422 ships that were stranded passed through the canal in record time of six days, canal authority director Osama Rabie said in a statement.

Rabie called the effort an “achievement that adds to the authority’s ability to manage emergency situations and deal with crises.”

In this photo released by Suez Canal Authority, the Ever Given, a Panama-flagged cargo ship is accompanied by Suez Canal tugboats as it moves in the Suez Canal, Egypt, Monday, March 29, 2021. (Photo: AP)