SUPPORTERS of President Donald Trump chanted “Nobel Peace Prize” at his rally on Thursday night after the president was nominated for two of the awards.

In Misonee, Wisconsin, for an event called Great American Comeback, Trump was in full campaign rally mode as he energized his fans. 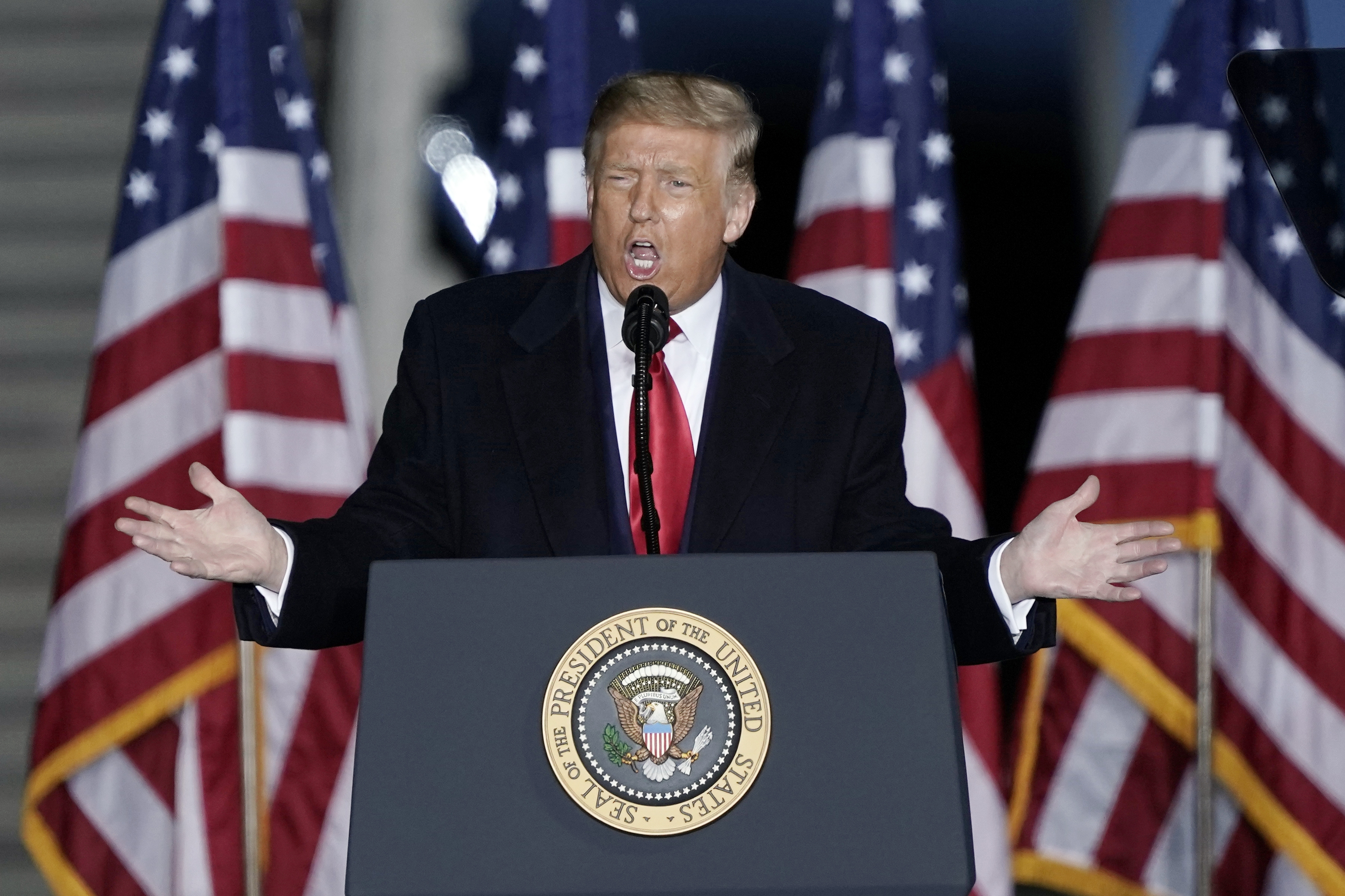 “I got nominated twice for the Nobel Peace Prize,” Trump told the crowd. “I guess that’s a big deal, I don’t know.”

Trump also took another victory lap two days after he met with leaders from Bahrain, United Arab Emirates, and Israel during a White House ceremony on Tuesday.

In DC, Trump hailed a "dawn of a new Middle East" as Israel signed landmark pacts – the “Abraham Accords” – with the UAE and Bahrain.

They formalize the normalization of Israel's already thawing relations with both countries in line with their common opposition to Iran. 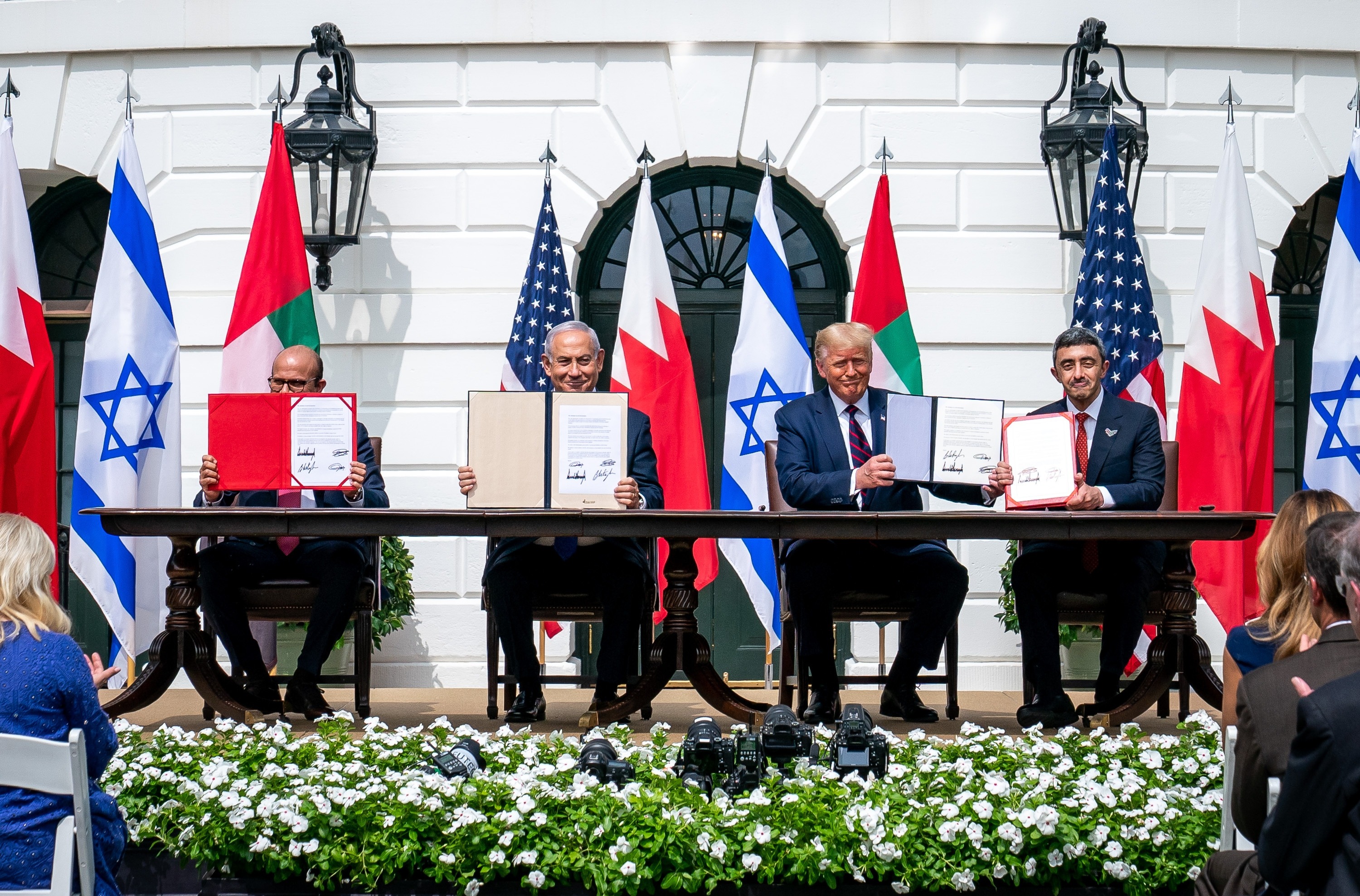 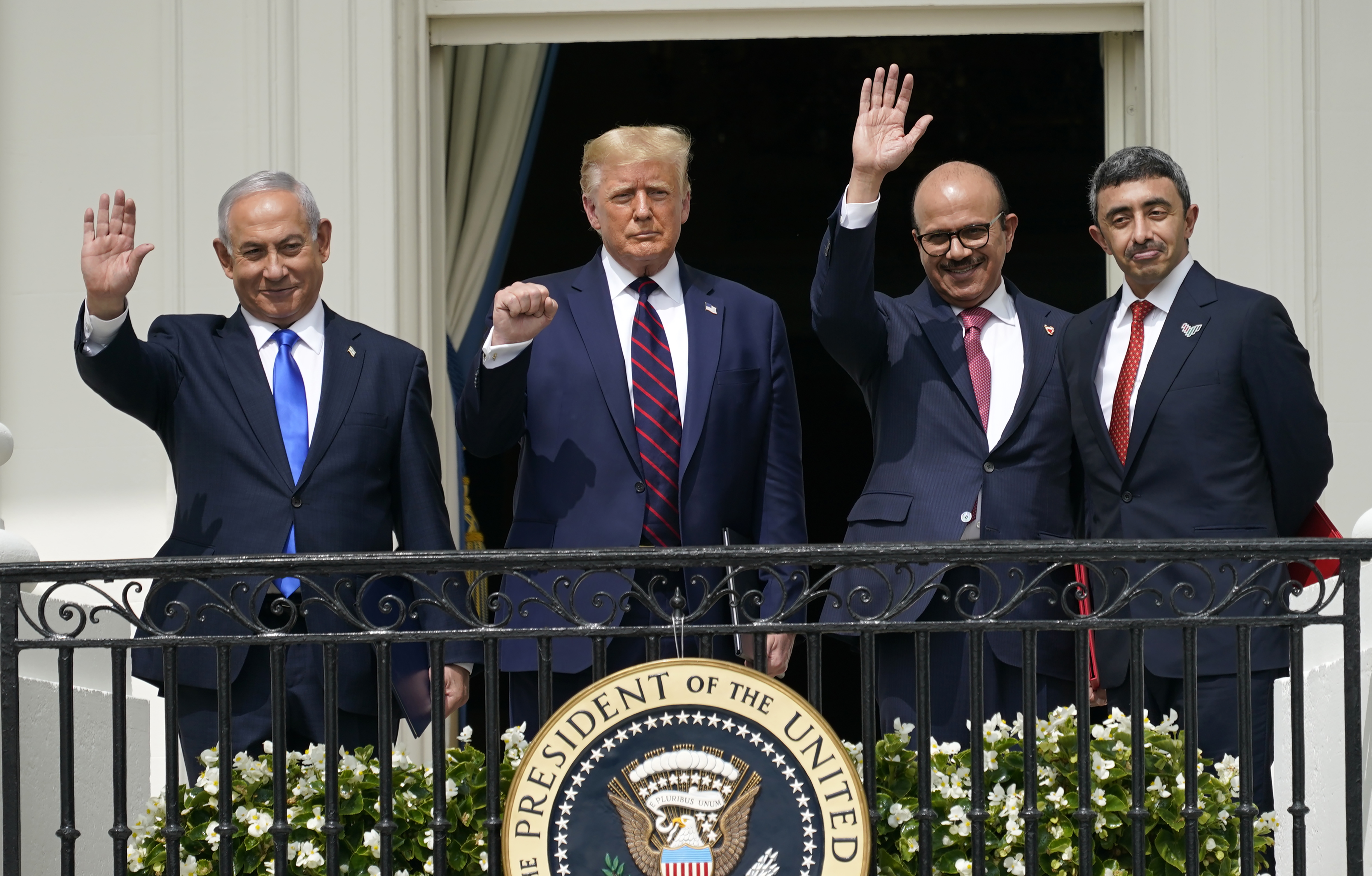 Trump said the deals would form "the foundation for a comprehensive peace across the entire region."

The president has been nominated for two Nobel Peace Prizes this month.

Christian Tybring-Gjedde, an anti-immigrant Norwegian lawmaker said Trump should be considered “for a peace agreement between the United Arab Emirates and Israel which opens up for possible peace in the Middle East.”

Separately, Swedish parliament member Magnus Jacobsson nominated the governments of the US, Kosovo, and Siberia for a Nobel Peace Prize for their efforts to secure a peace agreement between the two former Balkan war enemies. 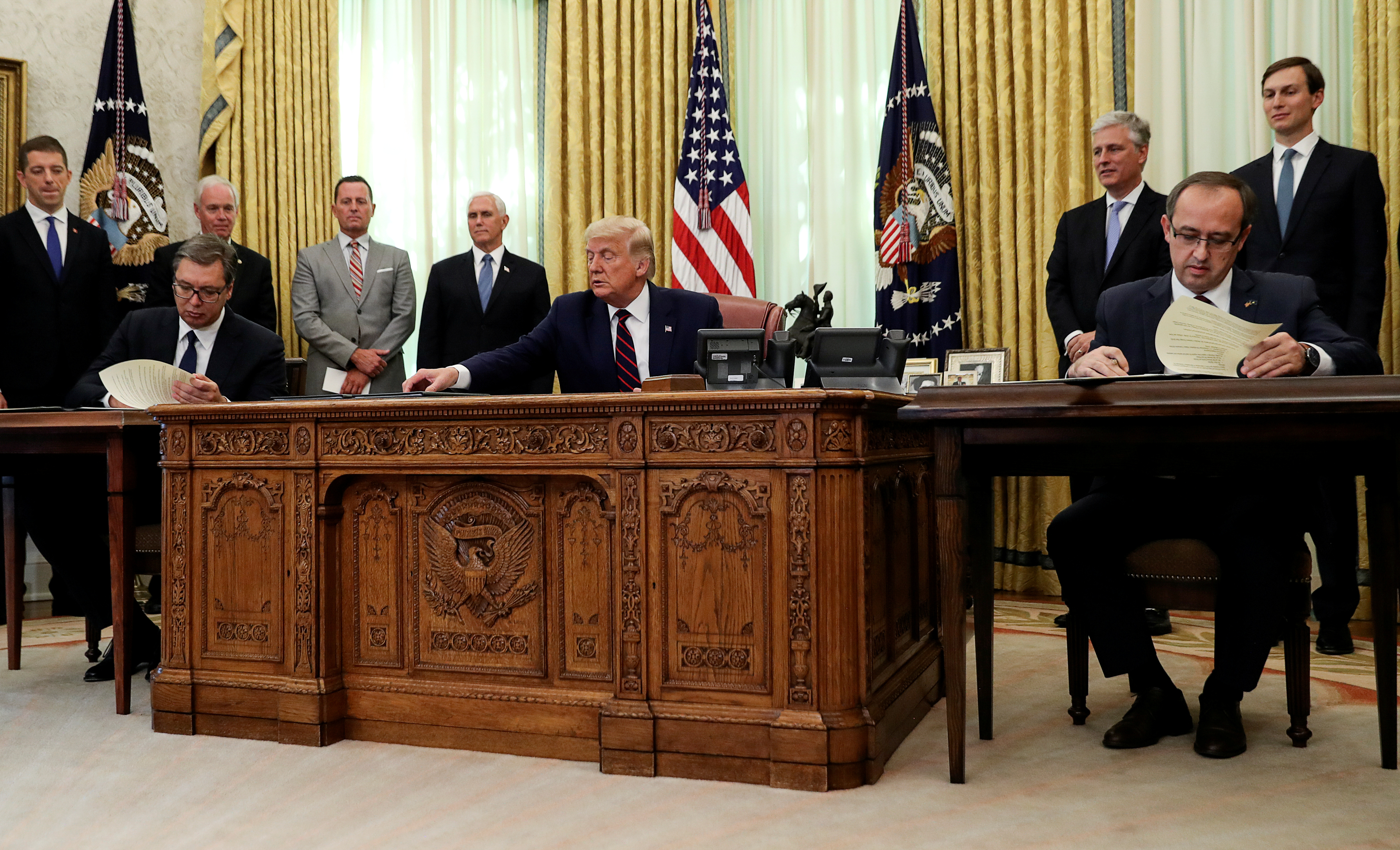 The president then mocked the media for “ignoring” the nominations – and claimed they covered former President Barack Obama after he won the Nobel Peace Prize in 2009. 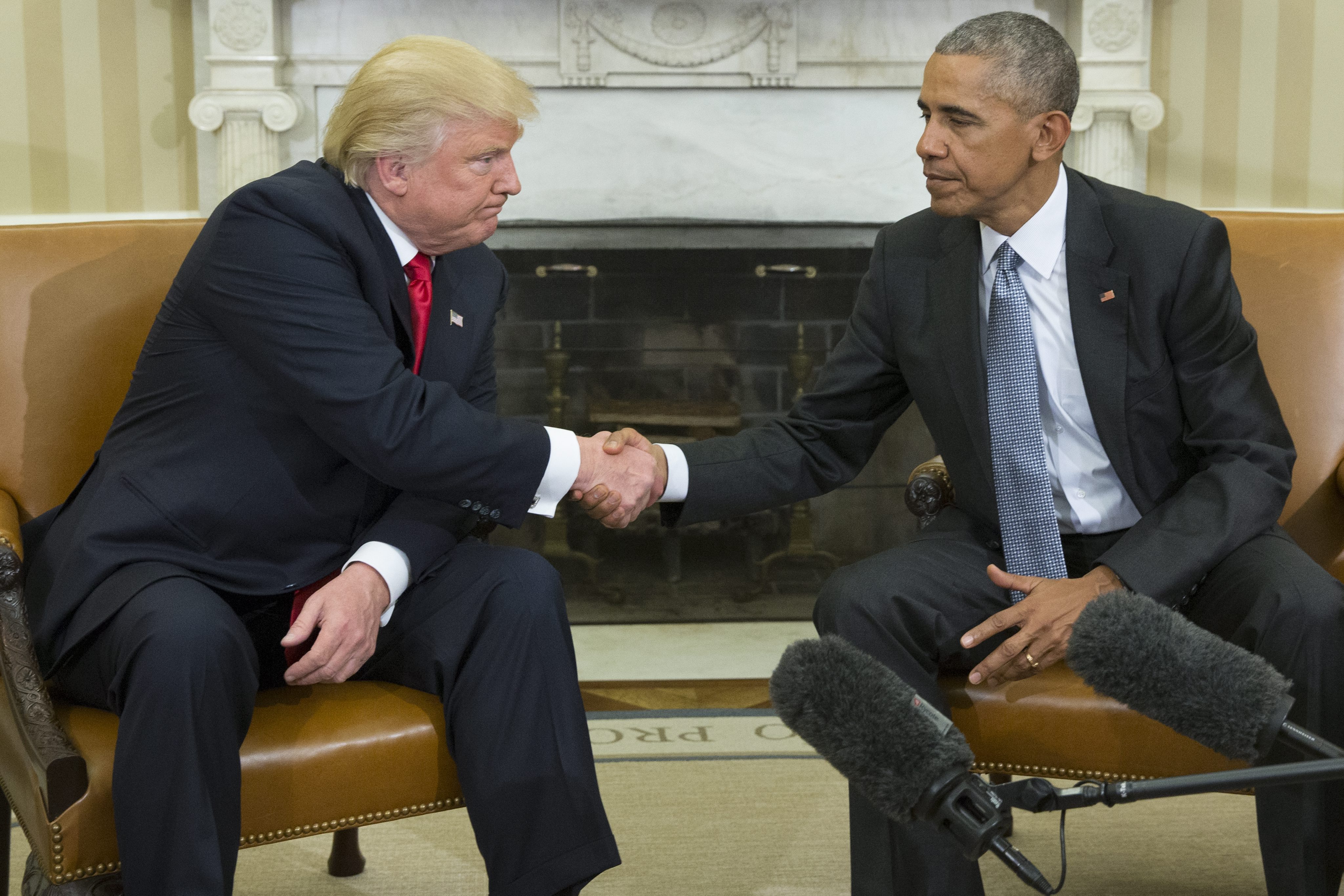 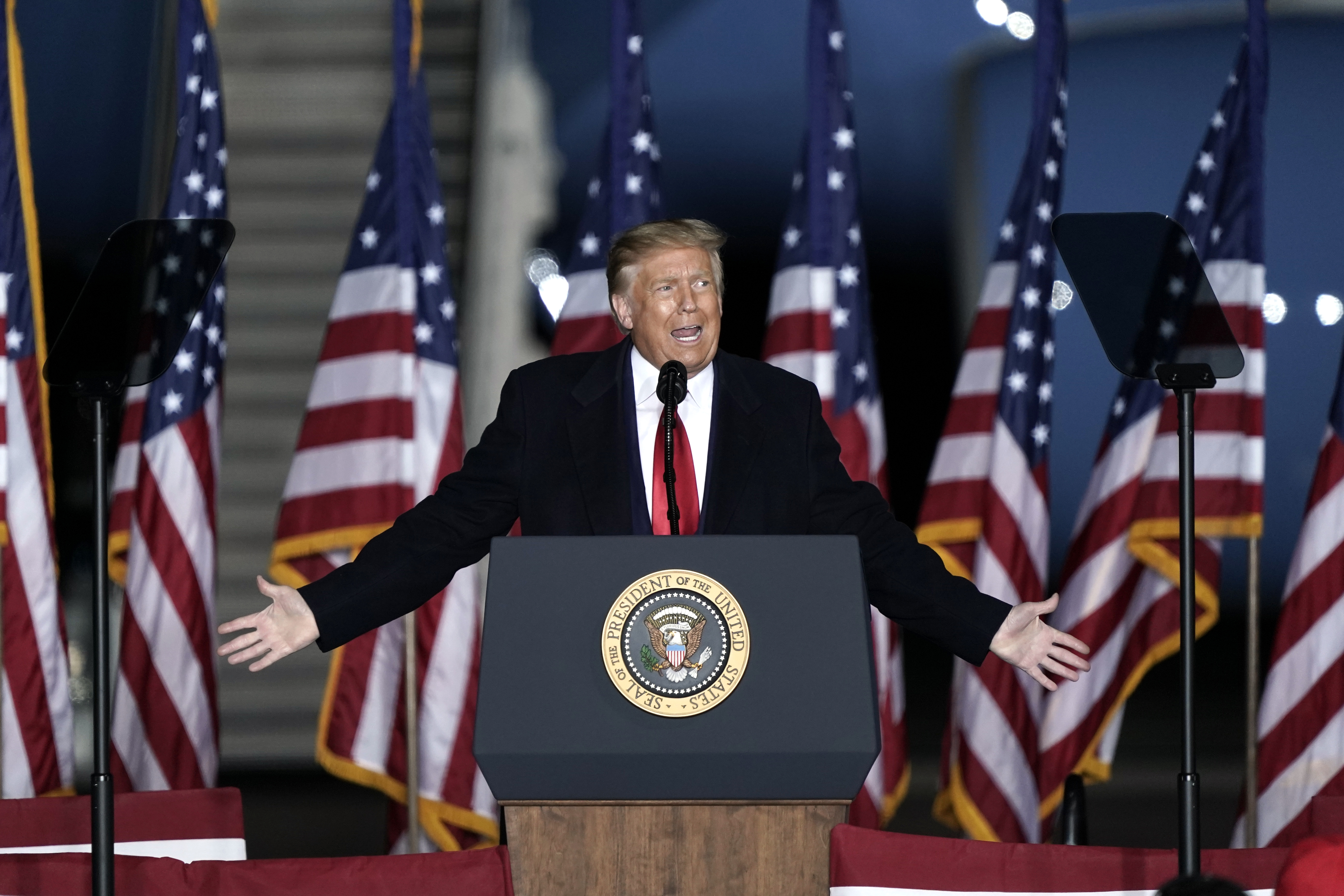 Trump said: “Obama got it in his first couple of weeks and nobody knew why he got it, including him. Remember, he couldn’t tell you why. He has no idea why he got it.”

He then claimed of Obama: “Frankly, he did a lousy job. He was a lousy president. He really was.”

“I know the president’s been nominated for a Nobel Peace Prize,” Johnson said. “He should win at least one of them.”

“It’s President Trump, his leadership, his brilliant negotiating strategy that brought those sides together to help bring stability to the Balkans,” Johnson said.