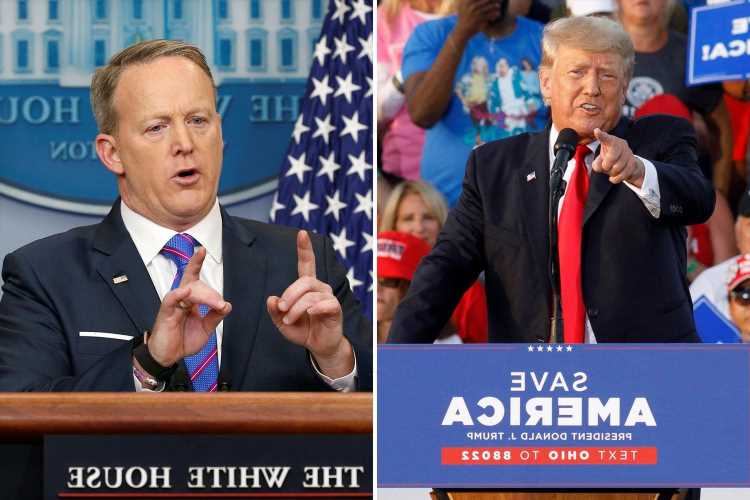 AS speculation continues to mount that Donald Trump will throw his hat into the ring for the 2024 election, his former adviser has sensationally claimed the ex-President IS running.

Trump has teased a re-election bid in recent months but has yet to officially confirm whether his sights are firmly back on the White House – but his ex-press secretary Sean Spicer has said "he's in". 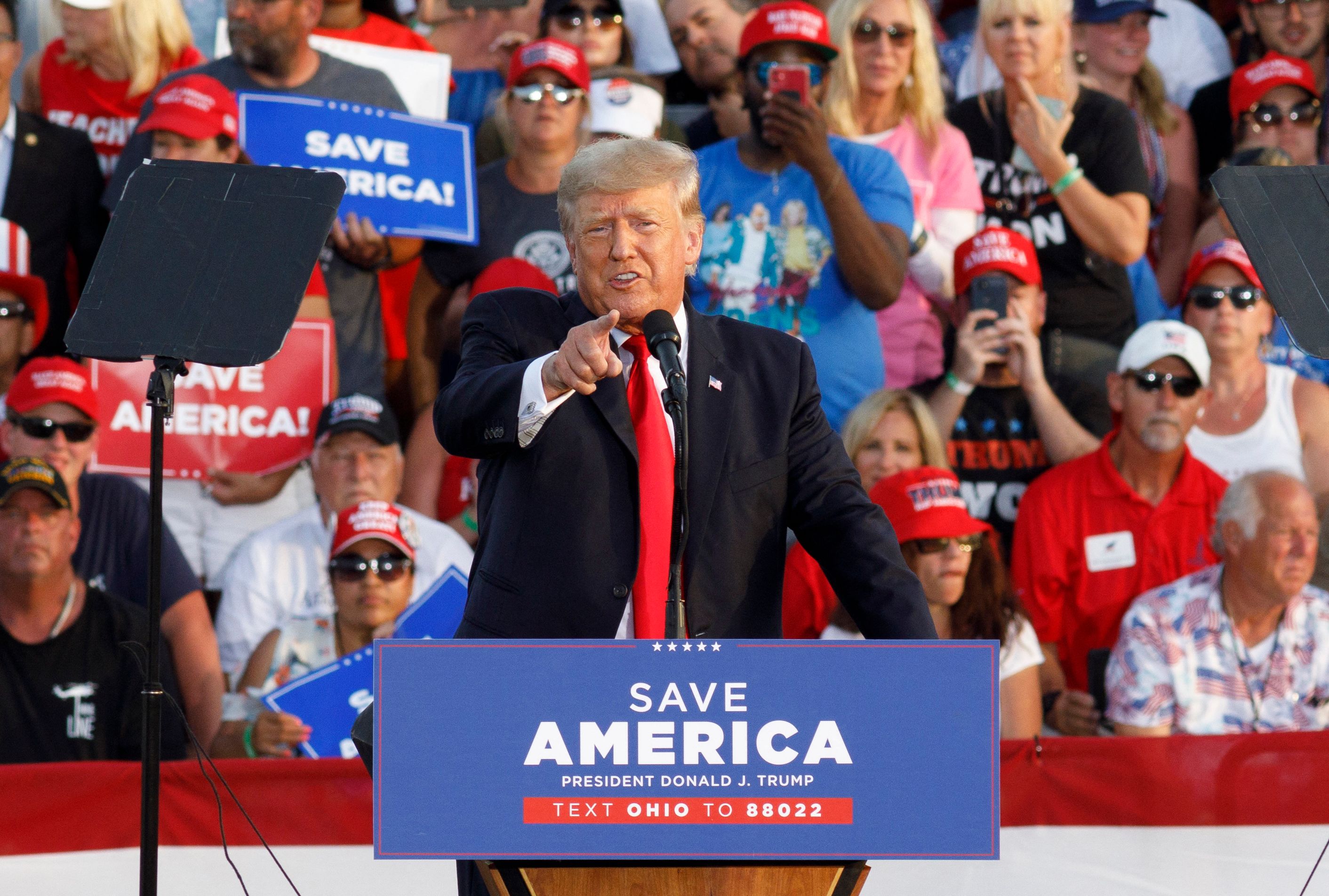 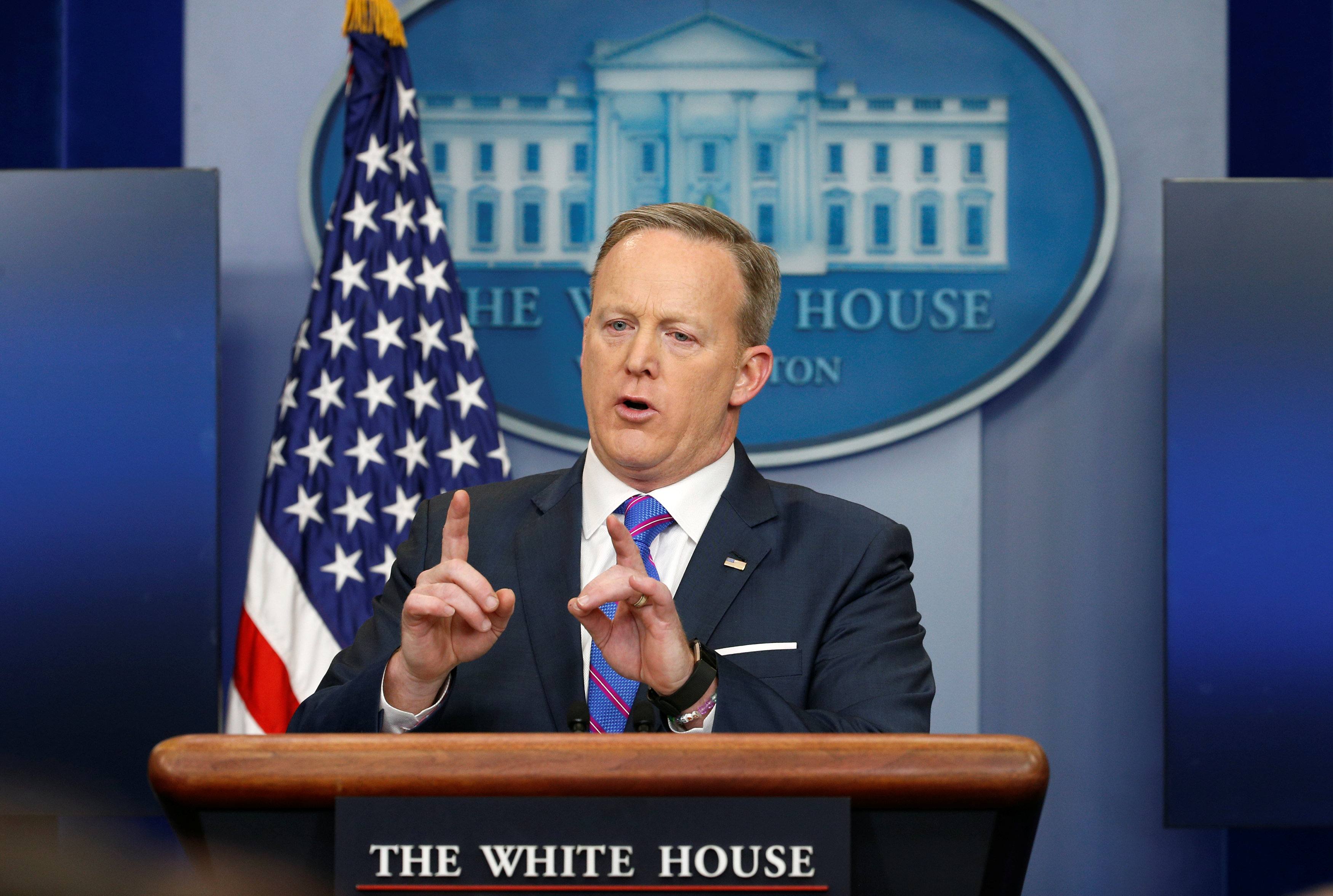 The 75-year-old has previously said he pondering another presidential run – but will wait until after the 2022 midterms to make a final decision.

“100 per cent I'm thinking about running and we will, I think, be very successful.”

But as rumors continue to grow, Spicer has said Trump will run, saying "he's in" during a preview interview of his upcoming book – Radical Nation: Joe Biden and Kamala Harris’s Dangerous Plan for America.

Spicer – who abruptly quit as Trump's press secretary in 2017 – suggested that gaffs by Joe Biden during his time as President have encouraged Trump to look beyond the 2022 midterms.

"A couple of months ago I wasn’t sure (if Trump would run again)," he said.

"Now, there needs to be something that will keep him out."

Spicer, whose daily briefings once dominated cable television and delighted late-night comics, resigned in protest over the hiring of Anthony Scaramucci as the new White House communications director.

His comments on Trump's potential re-election bid comes after his ex-aide claimed Trump has been meeting with Cabinet members in his New Jersey golf club.

'MOVE FORWARD IN A REAL WAY'

Mark Meadows said the former President was looking to “move forward in a real way” with a bid for re-election.

Meadows, who was chief of Staff during Trump’s time in the White House, said he had been holding meetings at the Trump National Golf Club in Bedminster, New Jersey as the ex-President’s team look ahead to 2024.

The Trump ally did not name any of the cabinet members he claimed to have spoken to.

He went on: “I'm not authorized to speak on behalf of the president, but I can tell you this Steve.

“We wouldn't be meeting tonight if we weren't making plans to move forward in a real way, with president Trump at the head of that ticket.”

Meanwhile, Matt Gaetz has claimed Democrats are "scared" of the possibility that Trump could run to become the next Speaker of the House.

Gaetz made the remarks just days after Pennsylvania Democrat Brendan Boyle introduced a new bill called the MEMBERS Act which, if passed, would ensure only elected members of the House could assume the role.

The bill seeks to address what is essentially a constitutional loophole.

Right now, the constitution does not require the Speaker to be a member of the House, meaning someone who isn't a current congressional lawmaker – such as Trump – could be appointed to the position by the GOP if they triumph in the 2022 midterms.

Reacting to the proposed legislation on Twitter, Gaetz wrote "They're scared."

06/08/2021 World News Comments Off on Trump IS running for president in 2024 race, his ex-Press Secretary Sean Spicer says
Lifestyle