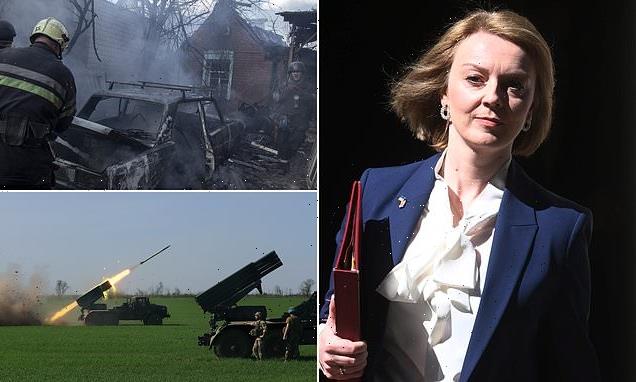 Truss urges West to supply heavy weapons, tanks and warplanes to Ukraine as she pushes for defence spending boost warning battle against Putin will be a ‘long haul’

Liz Truss will today urge the West to supply heavy weapons, tanks and warplanes to Ukraine as she pushes for higher defence spending.

In a speech this evening, the Foreign Secretary will call for arms production to be stepped up saying the battle against Vladimir Putin will be a ‘long haul’.

The tough line comes despite mounting threats of reprisals from Moscow, including claims that weapons coming from the West will be a ‘legitimate target’.

At the Mansion House tonight, Ms Truss will say Ukraine must be a ‘catalyst for wider change’ to deter global aggression..

She will argue that the UK and its allies must now ‘reboot, recast and remodel our approach to deterring aggressors’. 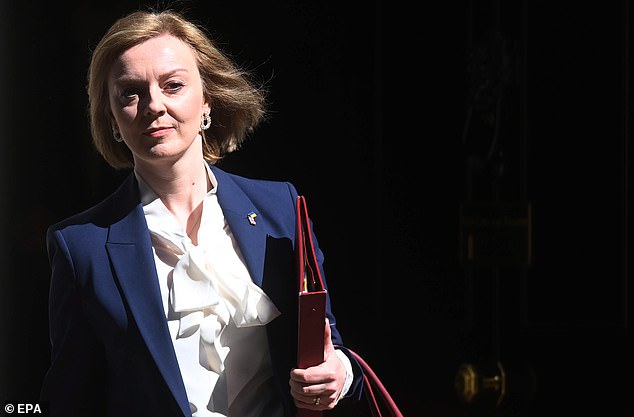 In a speech this evening, Foreign Secretary Liz Truss will call for arms production to be stepped up saying the battle against Vladimir Putin will be a ‘long haul’ 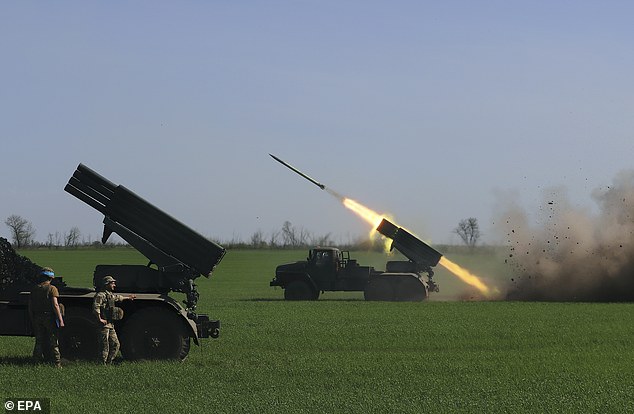 Ukrainians fire rockets near the city of Popasna, not far from Luhansk, yesterday

‘Our new approach will be based on three areas: military strength, economic security and deeper global alliances,’ she will say.

‘I want to live in a world where free nations are assertive and in the ascendant… where freedom and democracy are strengthened through a network of economic and security partnerships… where aggressors are contained and moving toward a better path.

‘This is the long-term prize: a new era of peace, security and prosperity.’

Ms Truss will make clear that Western allies need to bolster economic sanctions to increase Russia’s isolation, including cutting off oil and gas imports ‘once and for all’.

‘There must be nowhere for Putin to go to fund this appalling war,’ she will say.

In a stark message to Western allies, she will say: ‘We cannot be complacent – the fate of Ukraine remains in the balance.

‘And let’s be clear – if Putin succeeds there will be untold further misery across Europe and terrible consequences across the globe. We would never feel safe again.

‘So we must be prepared for the long haul and double down on our support for Ukraine.

‘Heavy weapons, tanks, aeroplanes – digging deep into our inventories, ramping up production. We need to do all of this.’

Russian foreign minister Sergei Lavrov has warned that weapons supplied by Western countries ‘will be a legitimate target’ and Nato has effectively ‘entered into a war with Russia through proxies’.

The UK was one of just eight Nato members to meet the alliance’s goal of spending at least 2 per cent of GDP on defence in 2021.

Ms Truss, who visited Moscow in the lead up to the invasion, will argue that there has been a ‘generation of under-investment’ in the West and the target should be ‘a floor, not a ceiling’. 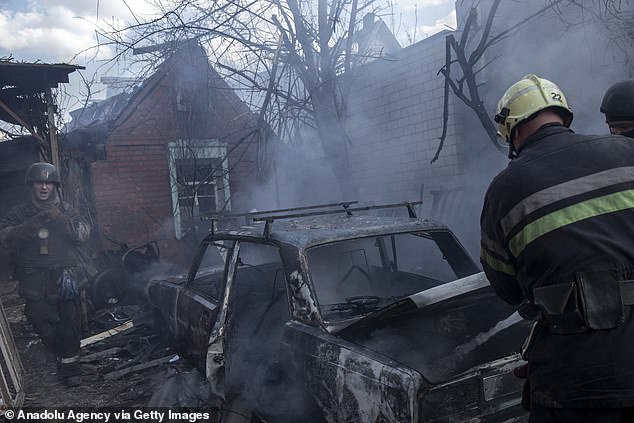 27/04/2022 World News Comments Off on Truss urges West to give heavy weapons, tanks and warplanes to Ukraine
Lifestyle