TWO Brits have been mauled by a deadly shark in Australia – leaving one with his foot ripped off.

The tourists were rescued after the terrifying attack off Queensland's popular Whitsunday coast on Tuesday morning local time. 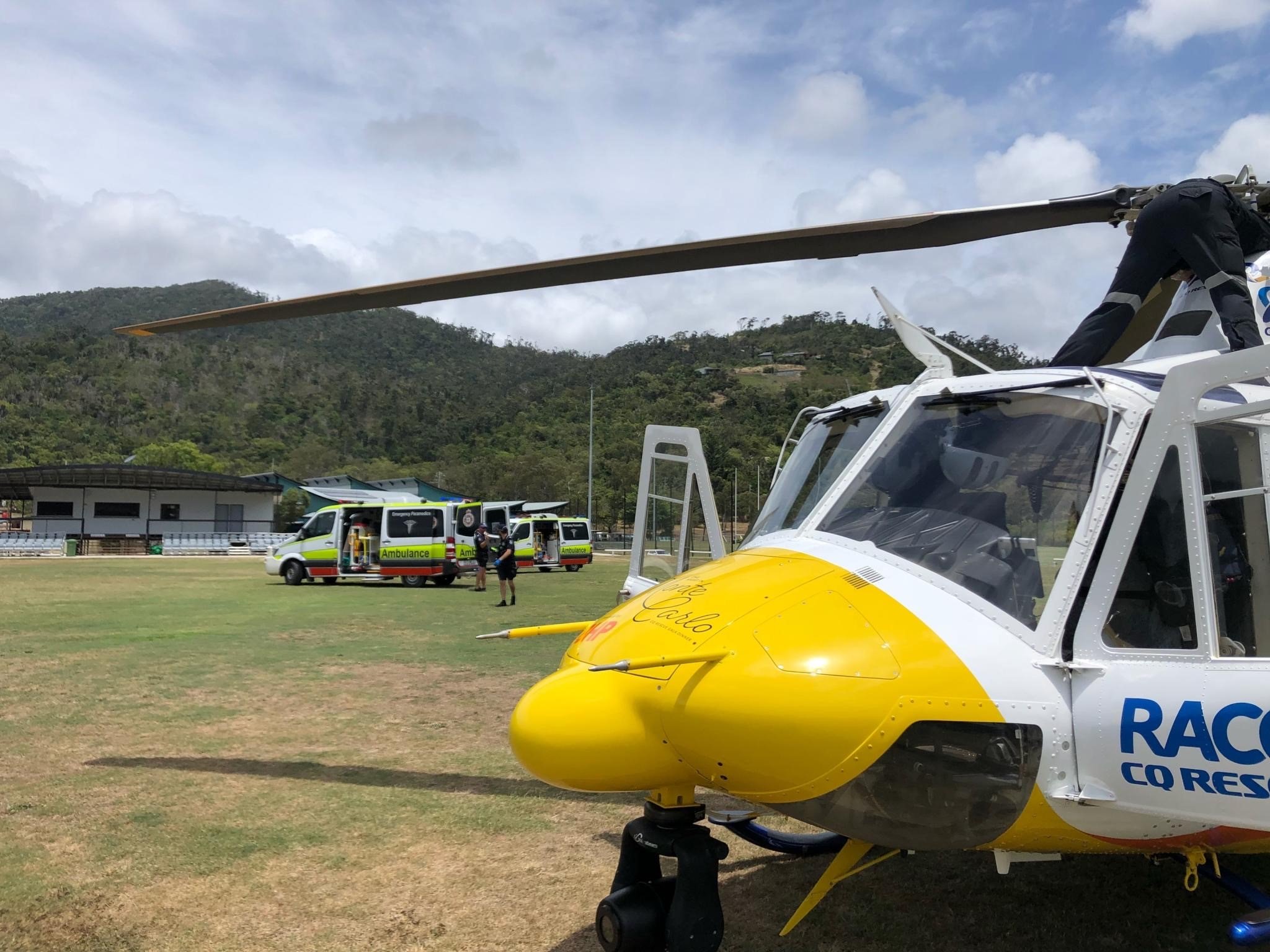 One man, aged 22, lost a foot – while the other, 28, suffered “serious lacerations”, rescuers said.

An RACQ rescue helicopter rushed the pair of snorkelers to hospital in serious condition.

A spokesperson said they had been “wrestling and thrashing about in the water” before the attack at about 10.20am (12:20am GMT).

They had been swimming off Airlie beach near Hook Passage when at least one beast struck.

The two bloodied men were plucked from the water by horrified tourists on a pleasure boat and taken back to shore.

Paramedics rushed them in an ambulance to meet up with the waiting rescue chopper – which transported them to hospital.

Queensland Ambulance said earlier: "Two patients are being transported by road to a location on Proserpine Shute Harbour Road where they will meet up with the rescue helicopter.

"Both patients have sustained serious lower limb injuries and are in a serious condition."

ZigZag Whitsundays, who operated the tour the snorkelers were on, confirmed the injured men were its customers.

It said in a Facebook statement: “Our thoughts are with them, their families and the other guests on the tour.

“We are working with authorities to assist in any way we can.

"We have suspended our tours for today and will work closely with authorities regarding our upcoming tours.”

It comes amid debate in Queensland about the recent removal of protective drum lines from the Great Barrier Reef marine park.

A court ruled in favour of animal rights campaigners to get rid of the deadly barriers that keep sharks from the shore.

Queensland premier Annastacia Palaszczuk said she had not yet received details of the attack – but was concerned for the welfare of those injured.

“I will not shy away from my stance that the drum lines need to go back in.”

But the Humane Society International Australia said in a statement the attack was “completely unrelated” to the court ruling.

It said: “We are very sorry to hear of the recent shark incident in Airlie Beach and hope for a speedy recovery for the two men.

"Education, shark alerts and personal deterrents are far more effective at protecting swimmers and were part of the court ruling which Queensland is refusing to implement.”