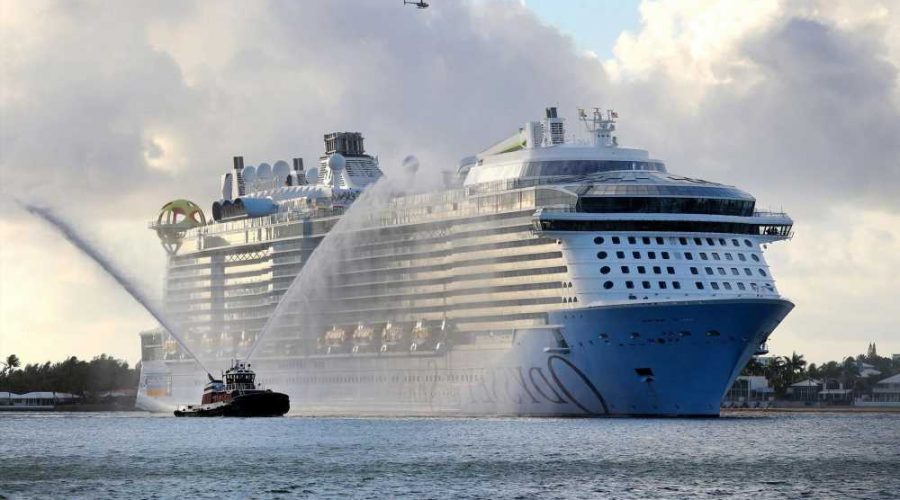 First cruise ship to sail from US as industry seeks comeback

How I survived a sinking cruise ship

The kids, who are both under the age of 16 and unvaccinated, were “immediately quarantined” following the routine testing and are now returning home to Florida, company officials said in a statement Thursday.

“One guest is asymptomatic, and the other guest is experiencing mild symptoms,” Royal Caribbean said.

The other passengers traveling with the youngsters and those who came in close contact with them are all vaccinated and returned negative tests, the cruise liner said.

The infected children and their companions then disembarked the ship Thursday in Freeport in the Bahamas to fly home on a private flight arranged by Royal Caribbean, CEO Michael Bayley said in a Facebook post.

The cruise liner said 92 percent of the guests on the Adventure of the Seas are fully vaccinated, along with the entire crew.

The ship, which boasts 1,673 cabins for up to 3,100 guests, features an ice-skating rink, a rock-climbing wall and a theater big enough for 1,200-plus people, according to its website.

The vessel’s next voyage is set for Saturday from Nassau, Bahamas, with stops in Cozumel, Mexico, and Grand Bahama Island before returning to Nassau on July 3, an itinerary shows.

Thursday’s announcement comes after two guests aboard Royal Caribbean’s Celebrity Millennium Cruise tested positive earlier this month and its Odyssey of the Seas was delayed when eight staffers came down with the bug, CNBC reported.

It also comes as the first cruise ship is set to take on passengers at a US port on Saturday after a 15-month shutdown due to the coronavirus.

Celebrity Cruises, which is owned by Royal Caribbean, said at least 95 percent of guests getting on its $1 billion Celebrity Edge in south Florida have been vaccinated in compliance with Centers for Disease Control requirements.

Celebrity Cruises spokeswoman Susan Lomax told the Associated Press the company is asking guests if they would like to share their vaccination status in order to comply with a new Florida law banning business from requiring customers to shove prove they’re inoculated.

Guests who don’t put up proof of their shots will be considered unvaccinated and be ordered to wear face masks, as well as to stay in designated areas in dining rooms, casinos and theaters.

The industry’s three biggest players – Royal Caribbean, along with Carnival and Norwegian – lost $20 billion last year, as well as another $4.5 billion in the first quarter of 2021 during the CDC-imposed shutdown.

“We are excited to be part of that,” Russ Schwartz, a Florida school principal, told the Associated Press of his looming trip on the cruise. “Things have changed drastically. Back then we really didn’t know much about he virus. Cruises at that point weren’t prepared.”