TWO men were shot and another stabbed by masked thugs near a kids' play area last night.

Cops are hunting for the gang – who are thought to have escaped from the Birmingham street in three separate cars. 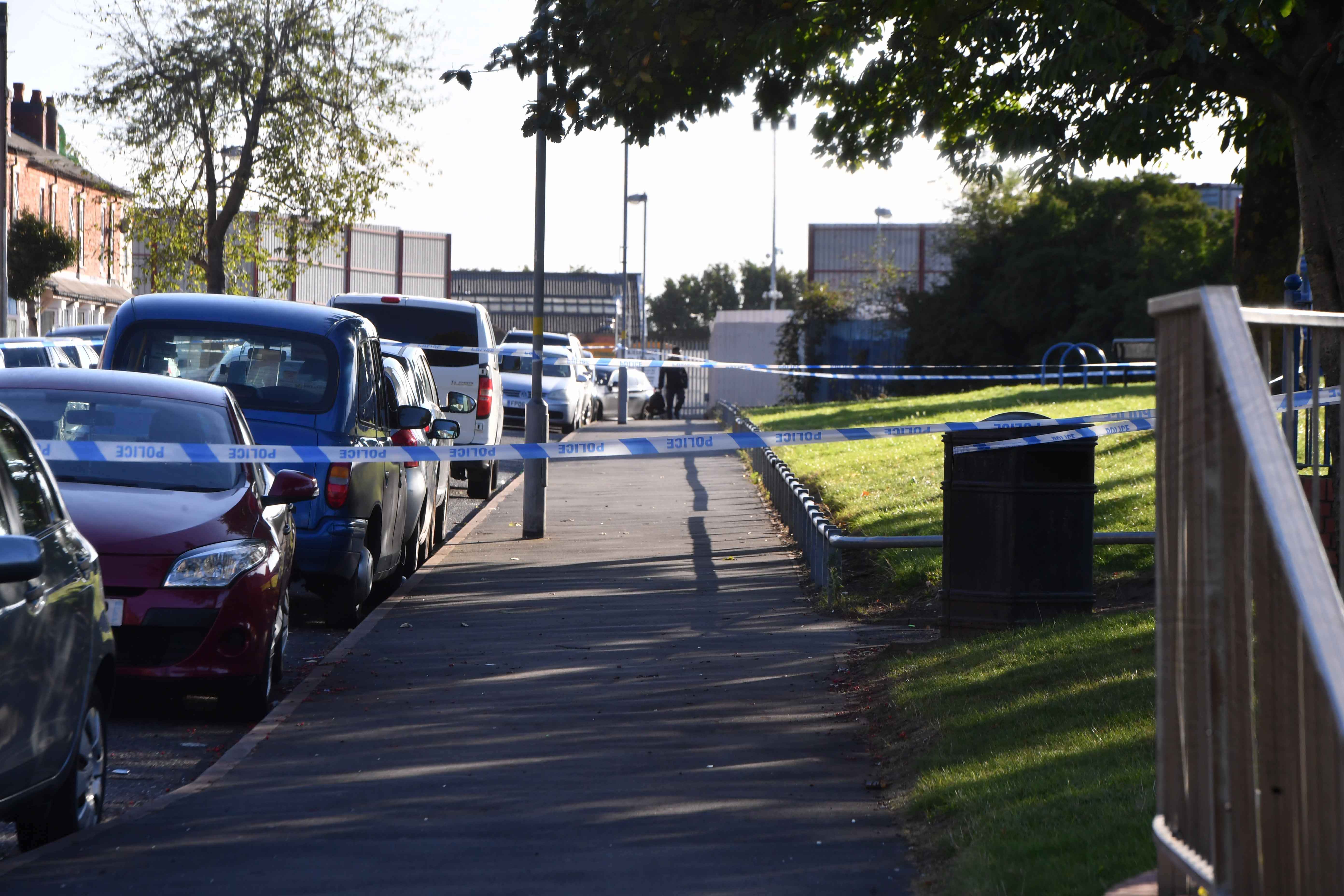 A police manhunt is underway after the violent attack on Denbigh Street, Bordesley Green, shortly before 9pm last night.

Three men were in a car on a residential street when they were surrounded by a gang armed with a gun and knives.

The gang, all wearing masks, opened fire on the trio, hitting two of them in the arms. The third man was stabbed.

No arrests have yet been made but enquiries are under way.

Today, a police cordon remains in place at the scene, next to a children's play area and close to Bordesley Green Girls' School.

A West Midlands Police spokeswoman said: "They were in a car when a group of masked men – armed with a gun and knives – surrounded them.

"A man in his 30s and another in his 20s suffered gunshot wounds to their arms; while another suffered stab injuries to his arm.

"Their injuries are not believed to be life-threatening.

"The attackers fled in up to three vehicles and enquiries are ongoing to identify them. 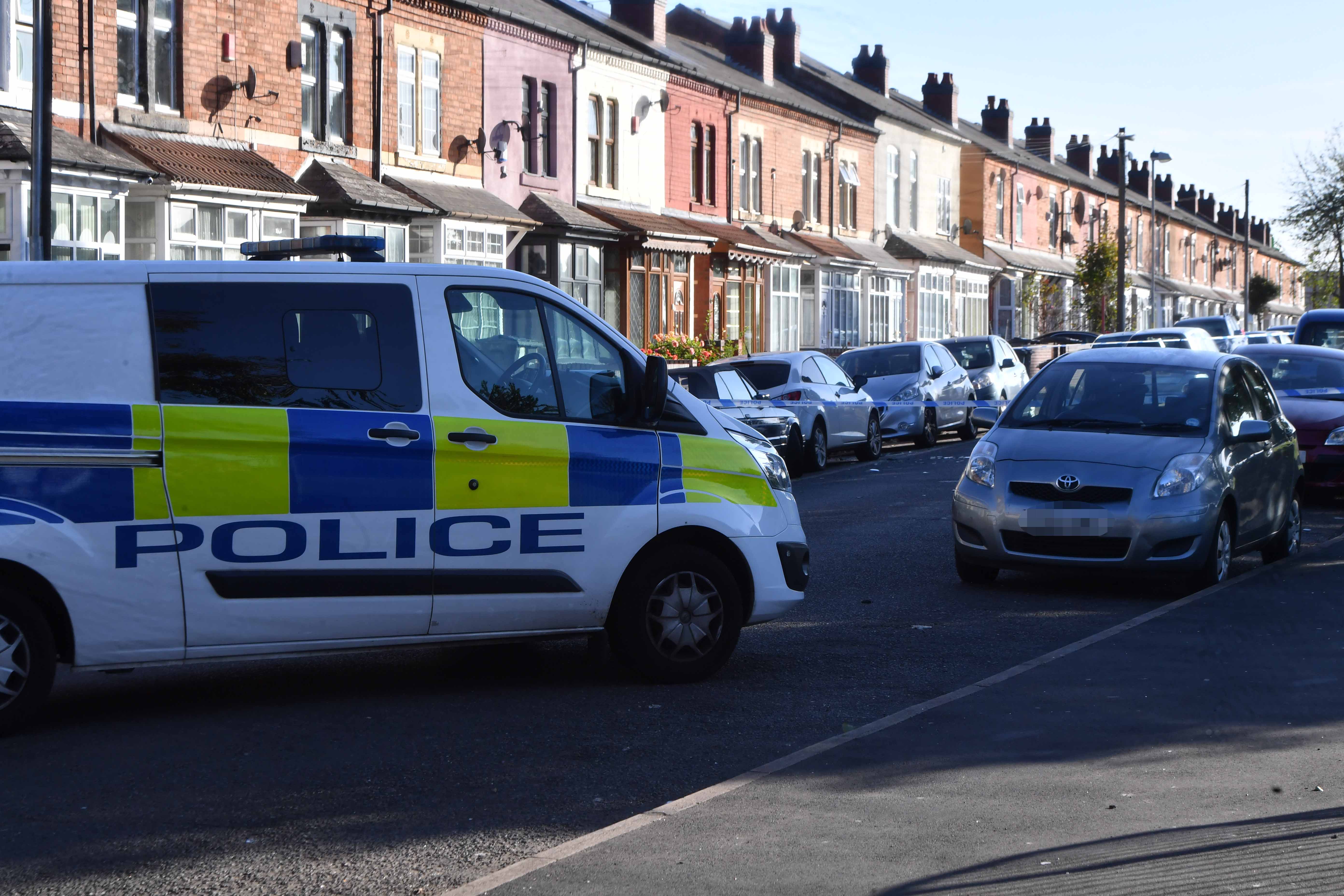