The millionaire founder of clothes brand White Stuff has been told to tear down a two-storey garage, skate park and tennis court built without permission on a clifftop at a Devon beauty spot.

Sean Thomas made a retrospective application last year after a local resident complained about the structures that were built in 2016 behind his house at Gerston Point, in an Area of Outstanding Natural Beauty in the south of the county.

It was rejected by the district council, along with a proposal that involved planting 1,000 native trees. 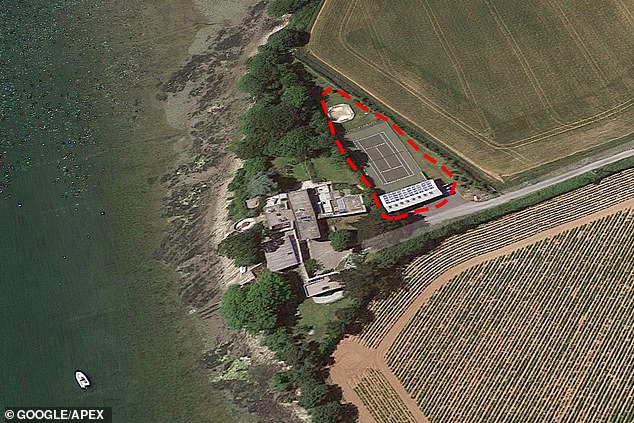 White Stuff founder Sean Thomas has been ordered to tear down a two-storey double garage, a skate park and a tennis court (outlined in red) at his beauty spot mansion

Planners said the development was an ‘eyesore’.

Mr Thomas then submitted a new proposal in April this year which involved planting more than 1,000 native trees to ensure a ‘clear net biodiversity gain.’

But this proposal was rejected by a Council report on October 29th, which described the development as an ‘unwelcome and incongruous intrusion into an undeveloped countryside location’. 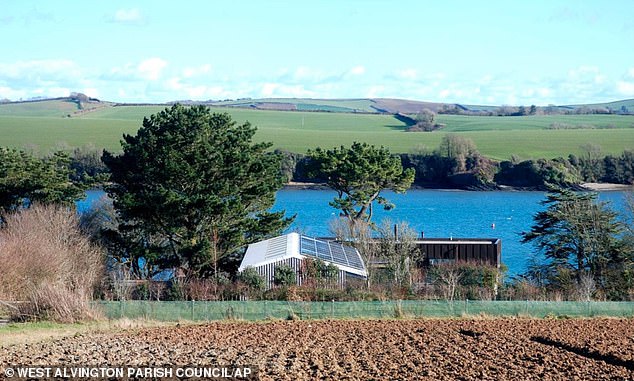 Council report on October 29th, described the development as an ‘unwelcome and incongruous intrusion into an undeveloped countryside location’

In the planning refusal, the Council described the two-storey garage as an ‘inappropriate built form within this highly sensitive rural estuary location, resulting in significant adverse impacts to the natural beauty of the South Devon AONB’.

An enforcement team from the Council will now serve notice to Mr Thomas in an attempt to return the land to its former condition.

The fashion chain boss has up to six months to file an appeal.

The latest decision follows accusations from the South Hams Society that the council was ‘dragging its heels’ by not carrying out enforcement. 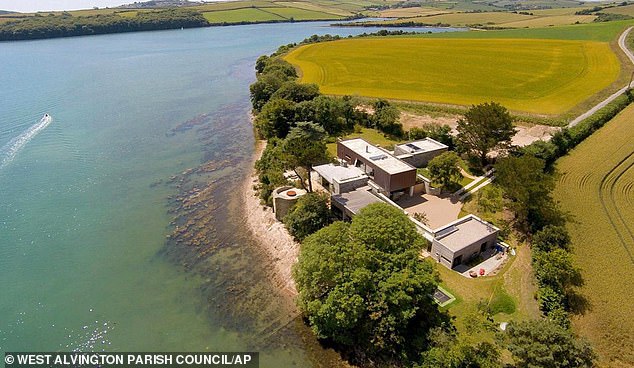 The council responded to the accusations by saying it had been talking to Mr Thomas ‘to try and resolve the issue’.

The house at Gerston Point has a history of run-ins with council planners. It was built after a controversial planning application in 2011 on the site of a bungalow formerly owned by the environmentalist Tony Soper, co-founder of the BBC’s famous Natural History Unit.

Mr Thomas and his wife later acquired a neighbouring strip of land on which they build the tennis court, skate park and garage. 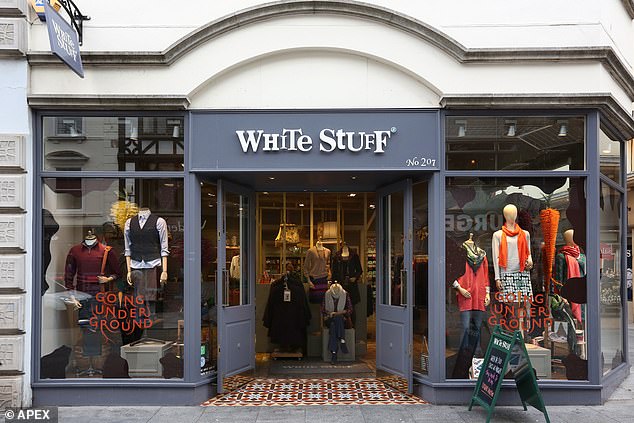 Sean Thomas founded the White Stuff fashion brand in 1986 with George Treves while the pair were working in the French ski resort of Méribel.  Today, White Stuff has 151 stores across the UK

Speaking after the initial refusal decision Mr Thomas said: ‘This is a complex procedure which I am working on with the help of a consultant.

‘However, please be assured that I and my family very much appreciate the special nature of Gerston Point and feel privileged to have lived there for the past seven years or more.’

Sean Thomas founded the White Stuff fashion brand in 1986 with George Treves while the pair were working in the French ski resort of Méribel.

They made £7,000 in their first season selling t shirts and jumpers to fellow skiers. Today, White Stuff has 151 stores across the UK.