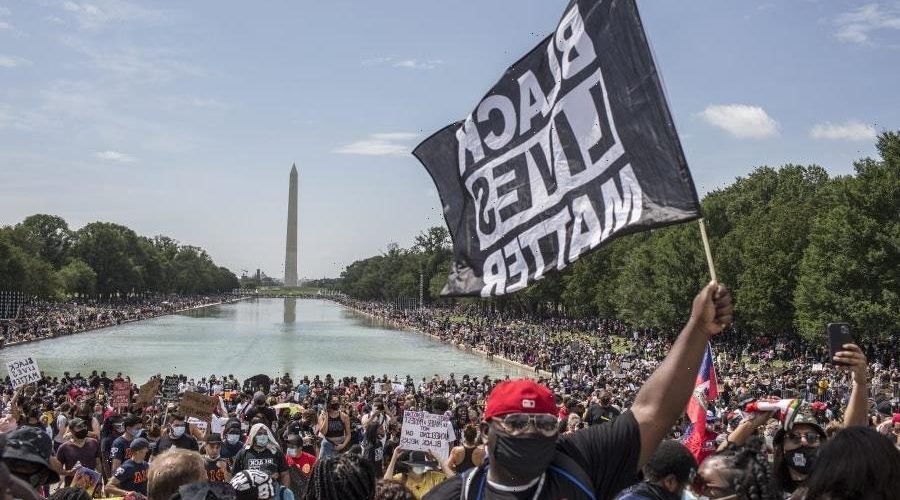 The U.S. government has once again deliberately targeted Black lives to “disrupt and discourage” a global movement.

According to a report by Movement for Black Lives and the CUNY School of Law Creating Law Enforcement Accountability & Responsibility clinic (CLEAR) — prosecuting protesters is at an all-time high and “continues a century-long practice to suppress Black social movements via the use of surveillance tactics and other mechanisms.”

From May 31 to Oct. 25, 2020, whether or not protesters committed any crimes, federal prosecutors filed 326 criminal cases against them.

“Much of the drive to use federal charges against protesters stemmed from top-down directives from former President Donald J. Trump and Attorney General William Barr,” the report says. “These directives, meant to disrupt the movement, were the primary reason for the unprecedented federalization of protest-related prosecutions seen in 2020.”

Legal experts for Black Lives Matter have highlighted how the federal government has used surveillance tactics and other mechanisms that target civil rights organizations. “The empirical data and findings in this report largely corroborate what Black organizers have long known intellectually, intuitively, and from lived experience about the federal government’s disparate policing and prosecution of racial justice protests and related activity,” the report stated.

Nearly 93 percent of the hundreds of federal criminal cases showcase findings that support “the government’s aggressive assertion of federal jurisdiction and its naked attempts at disrupting the movement to defend Black lives.”

Then-President Donald Trump called on governors to deploy “Operation Legend,” a collaboration between federal and deputized local law enforcement to “dominate” protesters during the civil unrest of 2020.

“Operation Legend was stretched beyond its original and unrelated purpose in order to contribute to the federal effort to disrupt the movement,” according to the report. At the conclusion of Operation Legend, the Justice Department reported that out of 6,000 people arrested, about 1,500 had been charged with federal offenses.

In cities across the country, ranging from New York, Los Angeles, Kenosha, WI, and Seattle, Washington, Black Lives Matter protesters would find themselves at the behest of sundown curfews and outlandish actions that would involve pepper spray and physical force to disperse the crowds.

WATCH: The Birth and Rise of the Black Lives Matter Movement

While data on the racial demographics of the protesters is limited, Black defendants made up 52% of protest-related prosecutions based on the available data, as per the joint report.

“Historically, Black protestors have more often than not been met with governmental oppression and accompanying police violence as a result of our unwillingness to accept the systemic disregard for and mistreatment of Black lives,” Dr. Amara Enyia, policy and research coordinator for The Movement for Black Lives, said in a news release.

The report concludes with several recommendations, including to “push for the passage of the BREATHE Act…call for amnesty for all protesters involved in the uprising in support of the movement to defend Black lives,…and organize against anti-protest legislation in your state or locality.”