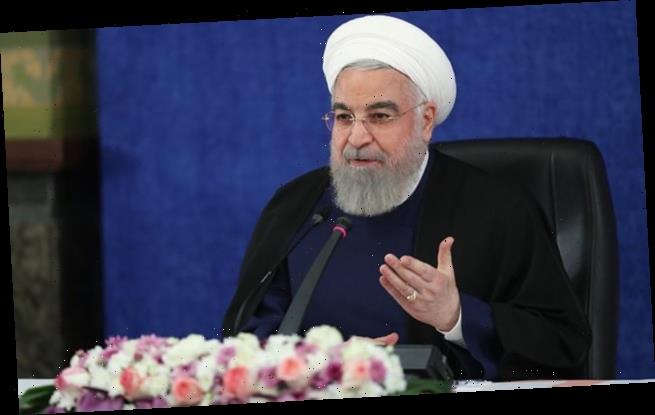 BREAKING NEWS: US and Iran agree to begin negotiations to restore the nuclear deal in Vienna next week

The U.S. and Iran have agreed to take part in talks in Vienna next week in a bid to restore the nuclear agreement that was negotiated during the Obama Administration and abandoned by Obama’s successor Donald Trump.

Officials from Tehran and Washington will travel to Vienna next week as part of efforts to revive the 2015 nuclear deal between Iran and global powers, although they will not hold direct talks, diplomats said on Friday.

Even without face-to-face talks, which Tehran has ruled out, the presence of both of Iran and the United States in the Austrian capital would mark a step forward in efforts to bring all sides back into compliance with the accord.

The aim was to reach an agreement within two months, said a senior official with the European Union, the coordinator of the deal. The announcement comes after quiet diplomacy over recent weeks has failed to produce a visible outcome.

Former President Donald Trump campaigned against the deal in 2016 and pulled out of it in 2018, calling it the ‘the worst deal ever negotiated.’ Trump reimposed sanctions on Iran as part of his new ‘maximum pressure’ campaign in a hope to drive Tehran back to the negotiating table.

In response, Tehran violated some of the pact’s nuclear restrictions and boosted its enrichment activities.

Iran holds its presidential elections in June, providing a goal on the calendar to try to force progress.

Biden has said he wants to bring back the accord, but Washington and Tehran have been at odds over who should take the first step. The U.S. has resisted Tehran’s demands that sanctions first be lifted to commence talks. 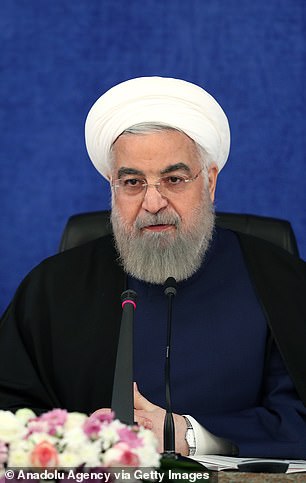 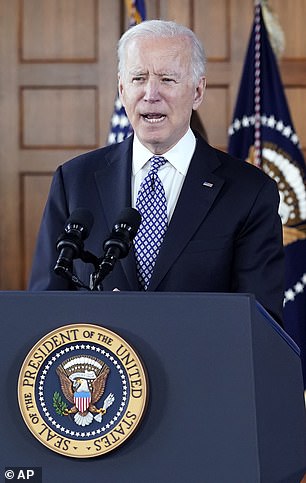 Officials from Tehran and Washington will travel to Vienna next week as part of efforts to revive the 2015 nuclear deal between Iran and global powers, although they will not hold direct talks, diplomats said on Friday.

‘Iran and the U.S. will be in the same town, but not the same room,’ a European diplomatic source said. A Western diplomat said a shuttle diplomacy approach would be adopted.

Biden issued a warning to Iran last month after he authorized U.S. airstrikes in Syria, cautioning the rival not to back proxies or militia groups that threaten U.S. interests.

‘You can’t act with impunity. Be careful,’ Biden said when asked what message the strikes were sending.

The talks will seek to create negotiating lists of sanctions that the United States could lift and nuclear obligations Iran should meet, the EU official said – setting in place a step-by-step framework that could result in the resumed talks.

Those lists ‘should marry at some point. In the end, we are approaching this in a parallel way. I do think we can do it in less than two months,’ the official said.

He was speaking after Iran, China, Russia, France, Germany and Britain – all parties to the 2015 deal – held virtual talks on Friday to see how to progress.

An Iranian official said U.S. Iran envoy Rob Malley and National Security Adviser Jake Sullivan would be in Vienna, but insisted there would be no direct or indirect meetings between Iranian and American officials. U.S. officials were not immediately available for comment.

‘If we don´t get there in two months we will see what happens, but it will be definitely bad news,’ the EU official said.

Under the accord, U.S. and other economic sanctions on Tehran were removed in return for curbs on Iran’s nuclear programme to make it harder to develop a nuclear weapon – an ambition Tehran denies.

German Foreign Minister Heiko Maas said it was good that talks were resuming, but time was of the essence.

‘An agreement that is once again fully respected would be a plus for security for the entire region and the best basis for talks on other important issues of regional stability,’ he said in a statement.