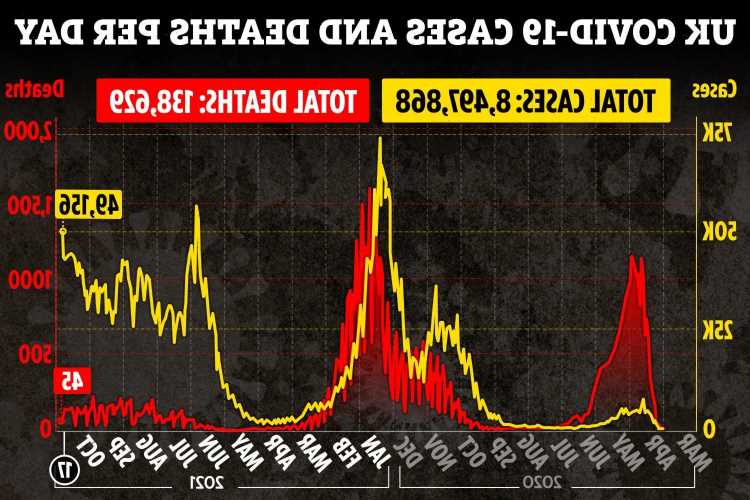 THE UK's daily Covid cases have risen by the largest amount in three months, as 49,156 infections were recorded.

The dramatic spike in cases marks the most substantial daily increase in the spread of the virus since July 17, when 54,674 infections were recorded. 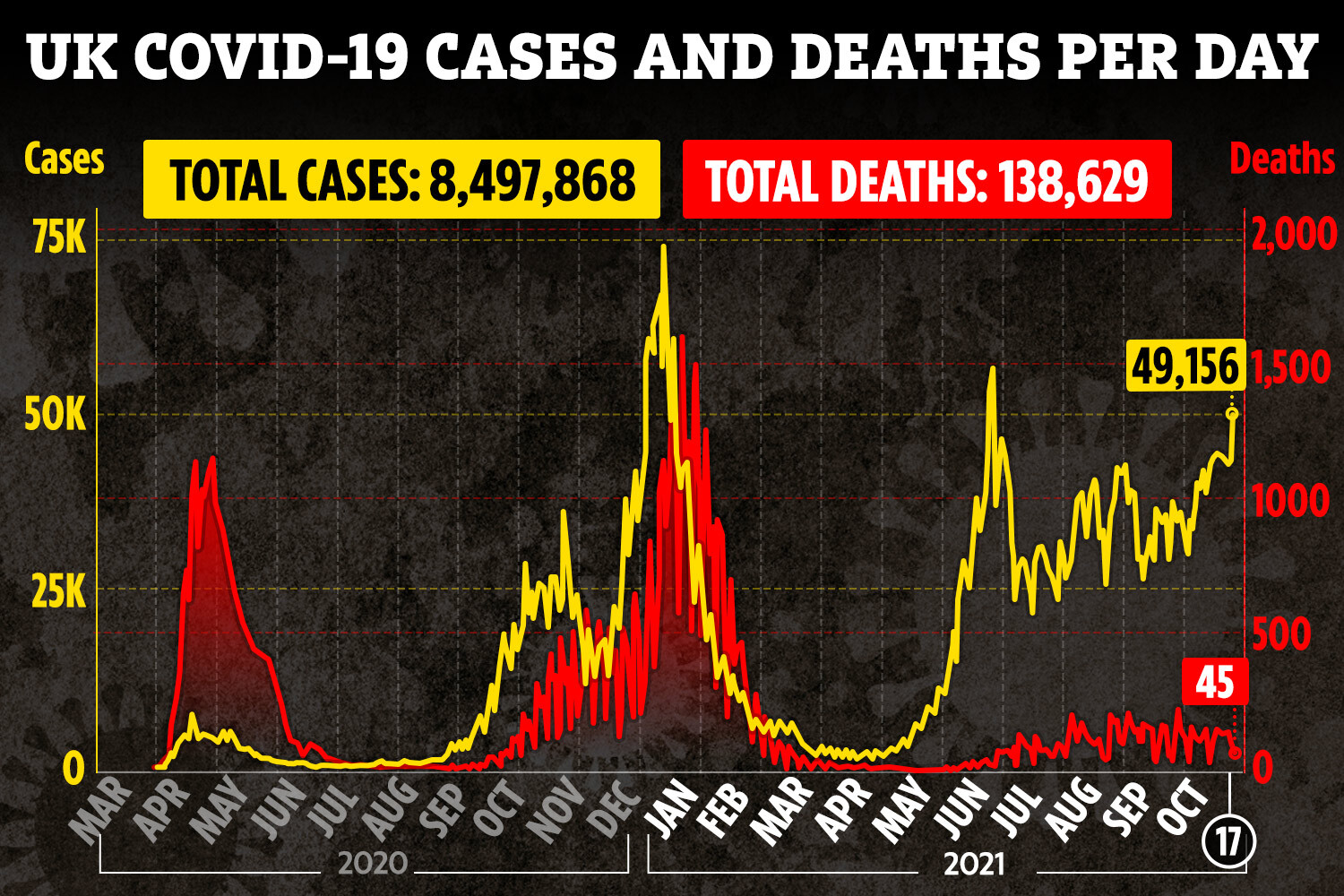 Today's figures are the sixth consecutive day the number of people testing positive for Covid has exceeded 40,000 – sparking concerns tough winter restrictions could be brought in.

It's a 16.2 per cent increase in cases from this time last week, suggesting the current surge is only continuing to expand.

The number of daily deaths within 28 days of a positive test result also shot up to 45.

Figures from today's recorded figures mean the overall number of people in the UK who have caught the virus is now 8,497,868.

Brits have been warned the NHS is bracing for an "exceptionally difficult" winter even if Covid remains at bay.

Top doc Chris Whitty said flu and other seasonal bugs mean medics will be swamped regardless of the pandemic.

And he stressed that only a tiny amount has to go wrong with coronavirus for hospitals to buckle under a flood of cases.

In a bleak forecast, he said: "I wish I could claim that there's sunlit uplands and it'll be fantastic by Christmas – but sadly I'm afraid that is not the case."

The government is reportedly are planning to launch walk-in clinics for 12-to- 15-year-olds within weeks amid fears the rollout of the vaccination in schools has been too slow.

Almost half of new Covid cases in England are now among the under-20s, figures show.

It comes as thousands of people must retake their coronavirus tests because a dodgy lab exposed by The Sun was giving false negative results.

At least 43,000 people given the all-clear in September and October might have had Covid.

Work has been halted at the Immensa Health Clinic in Wolverhampton over the surge in negative PCR tests following positive lateral flow results.

Most are in the West Country. The lab got a £119million taxpayer-funded contract last year months after launching.

Tory MP Nigel Mills said: “This place should have been shut down for good when The Sun ran its story.

“It is shocking it has been allowed to remain open and now there is an enormous mess. It's a disgrace."

Officials are contacting people who might still be infected and asking them to self-isolate if they have symptoms and get tested again while old samples are retested at other labs.