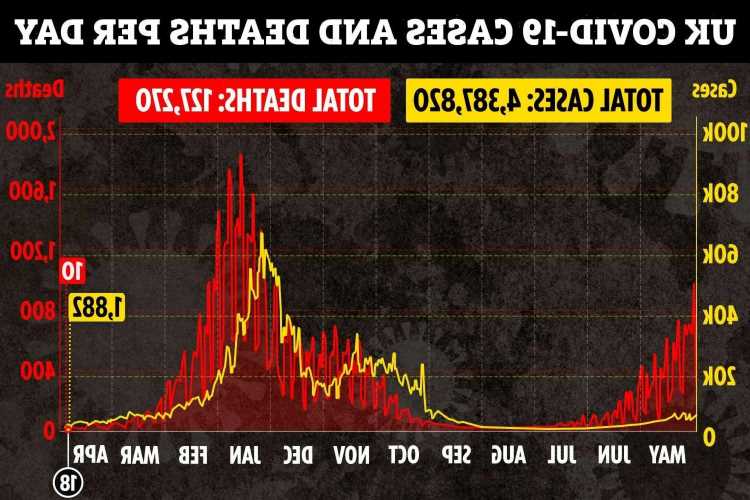 The rise brings the total number of fatalities to 127,270, while a further 1,882 people tested positive for the bug. 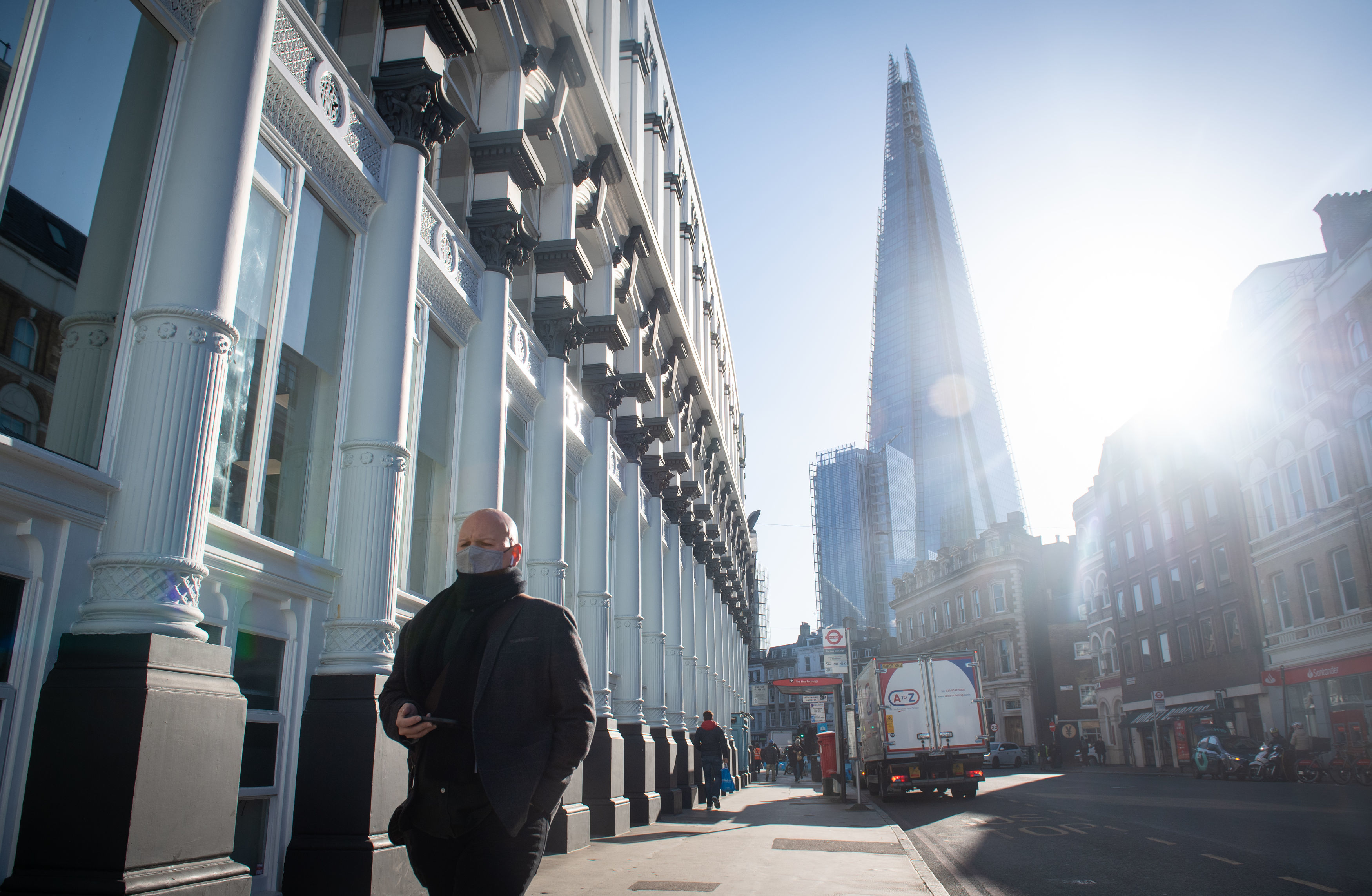 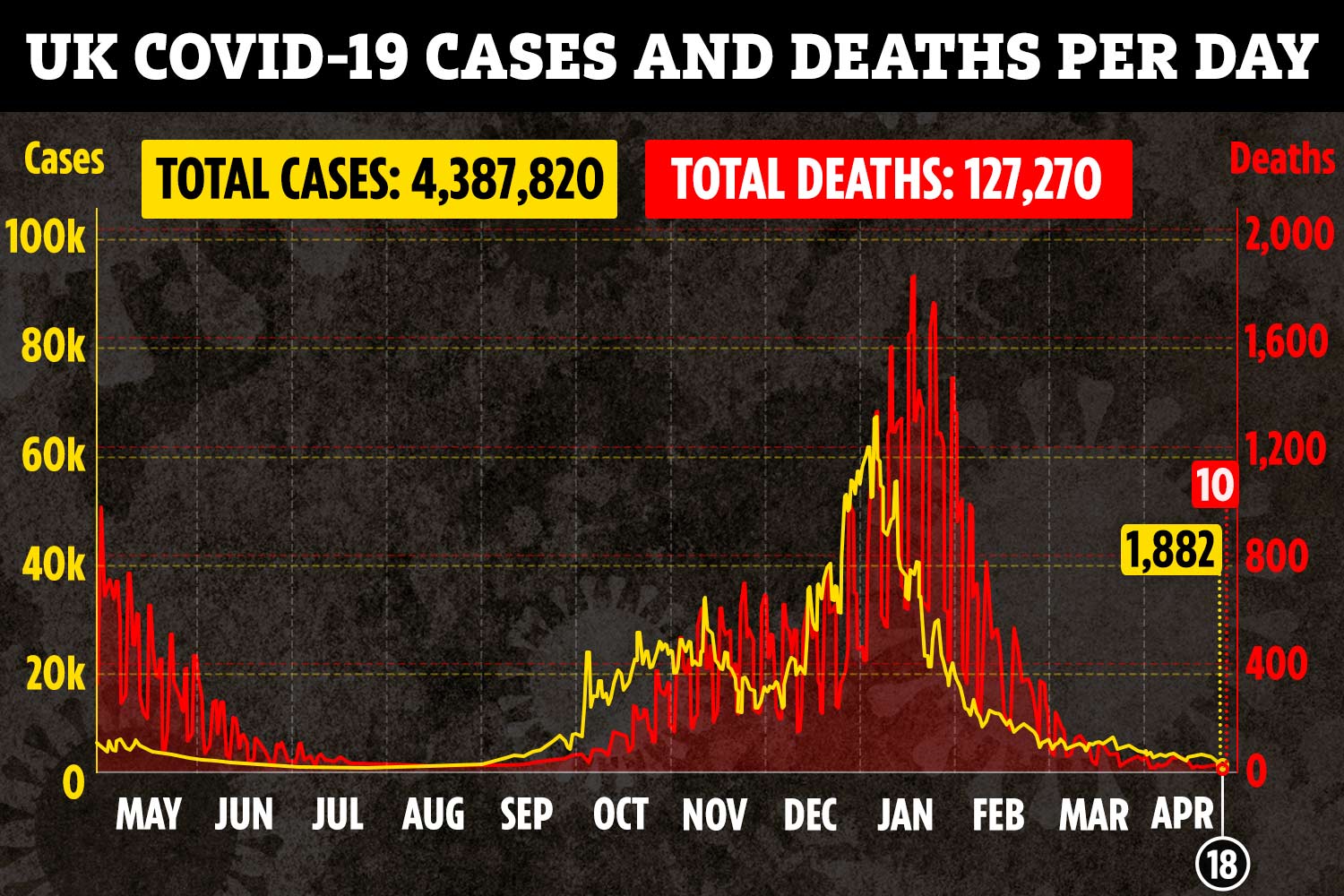 Today’s rise in fatalities is a slightly increase on last Sunday’s figure of seven, and the same as the 10 deaths recorded a fortnight ago.

It is also the second-lowest death toll since September 13 last year, when five fatalities were reported.

The rise in infections means that a total of 4,387,820 people have now caught the virus.

No fatalities were reported in Northern Ireland and Scotland, while Wales recorded three further deaths. 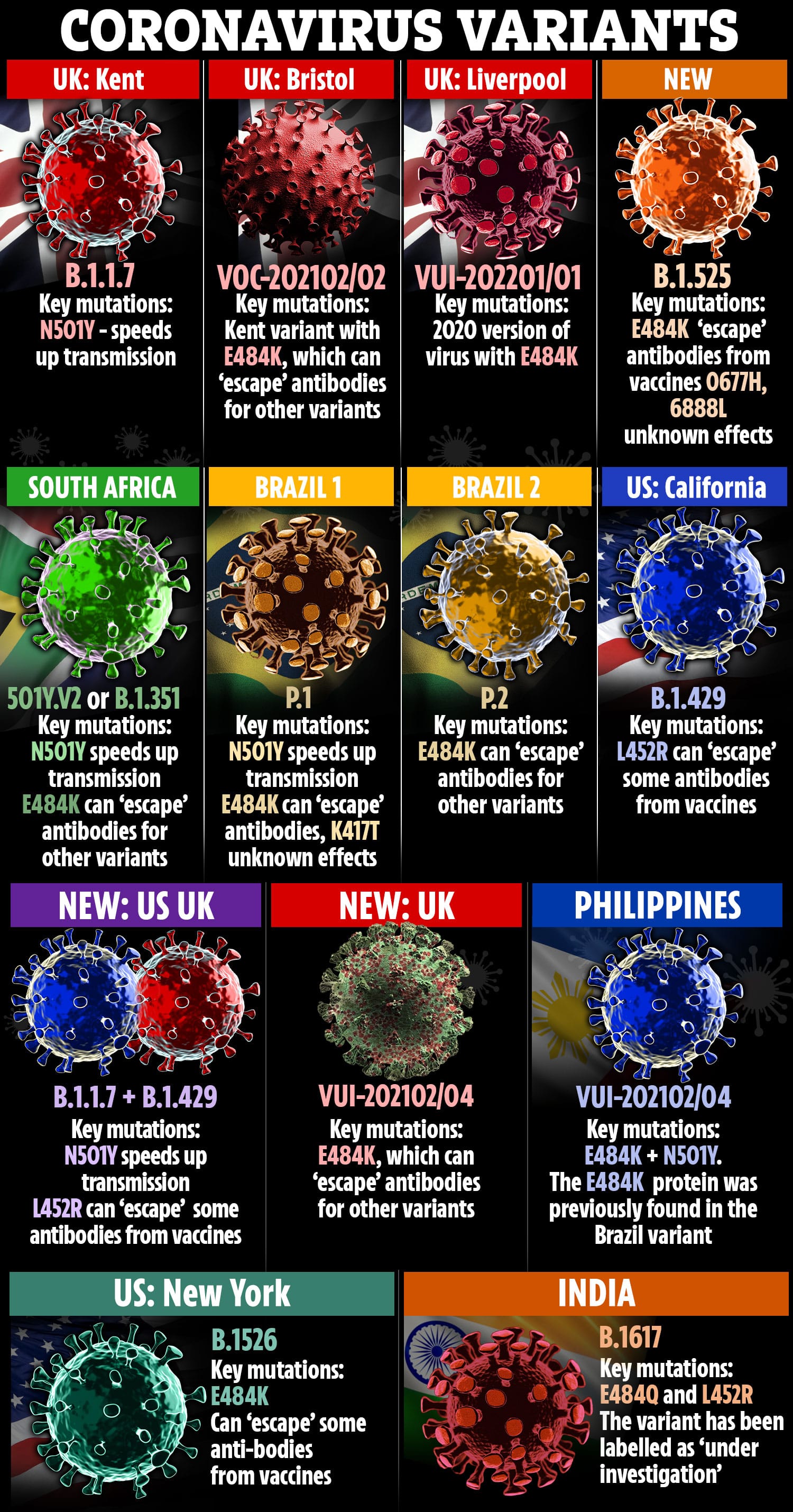 Today’s figures come amid growing concern over the spread of the Indian variant of coronavirus, with Public Health England confirming 77 cases of the strain.

Environment Secretary George Eustice defended the Government's decision not to further restrict travel to the country, but said the situation is being kept “under regular review”.

Experts have previously warned that the strain could “scupper” Boris Johnson’s roadmap out of lockdown were it allowed to become dominant.

But Mr Eustice said there was “no evidence at the moment” that the strain could evade vaccines or that it is more contagious.

Mr Eustice also said that despite rising infection rates in India, "it is appropriate" that the Prime Minister's planned trip to the country should go ahead later this month.

Dr Susan Hopkins, chief medical adviser for NHS Test and Trace, added that whilst there is not yet enough data to officially classify the new Indian strain as a "variant of concern", investigations are ongoing.

"We have seen a couple of cases (of the Indian variant) that haven't arisen from travel but we're still trying to undergo the investigations to look in great detail at where they might have acquired it from.

"To escalate it up the ranking we need to know that it is increased transmissibility, increased severity or vaccine evading, and we just don't have that yet," she told the BBC.