BRITS are set to be battered by hail, thunder and frost today as a freezing May Bank Holiday weekend gets underway.

Met Office forecasters warned there would be plenty of heavy showers today with a risk of hail and thunder across northern, eastern and central areas. 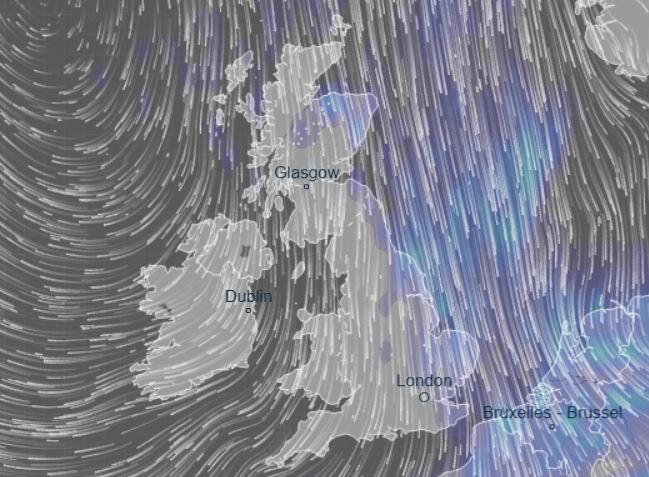 There could be some dry spells with May sunshine by the afternoon – despite conditions still feeling chilly.

But the clear skies in some inland locations could allow a widespread frost to develop.

It comes after snow fell across parts of the country on Friday just weeks after record-high temperatures at Easter.

It was just above freezing in Aboyne and Braemar in Aberdeenshire first thing on Friday morning, while there was frost in Shetland.

The chilly bank holiday weekend comes less than a fortnight after an Easter Monday that was the warmest on record for all four UK nations, with temperatures higher than 20C.

The temperature at Dalwhinnie in the Highlands was 0.1C at 2.30am on Friday and later in the day it was around 6C to 7C in north-east Scotland.

The coldest early May Bank Holiday temperature recorded since the holiday began in 1978 is -5.9C on May 7, 2012, at Kinbrace, Sutherland, Scotland, Met Office records show.

“Snow and sleet could be seen on Friday and Saturday on the highest ground of the Peak District, Pennines and Scotland, with a small chance on the Chilterns.

“Widespread frost could be seen with -5C possible on Friday night and Saturday night in the North, with a low chance of -6C, with Sunday night a bit less cold with frost in places.

“Highs will be 11-12C in Scotland, but Sunday and Monday will be dry and sunny spells and will feel pleasant enough in the sunshine out of the breeze.”

But it's not all doom and gloom this bank holiday as many parts of the UK are expected to see fine and dry weather for most of the Bank Holiday weekend.

BBC weather host Carol Kirkwood said we should expect thundery showers in the lead up to the weekend, but we won't all be hit by rain.

She said of tomorrow's forecast: "Many of us starting off on a dry note, some sunshine around, we have got some showers currently and we will see other showers develop through the course of the day." 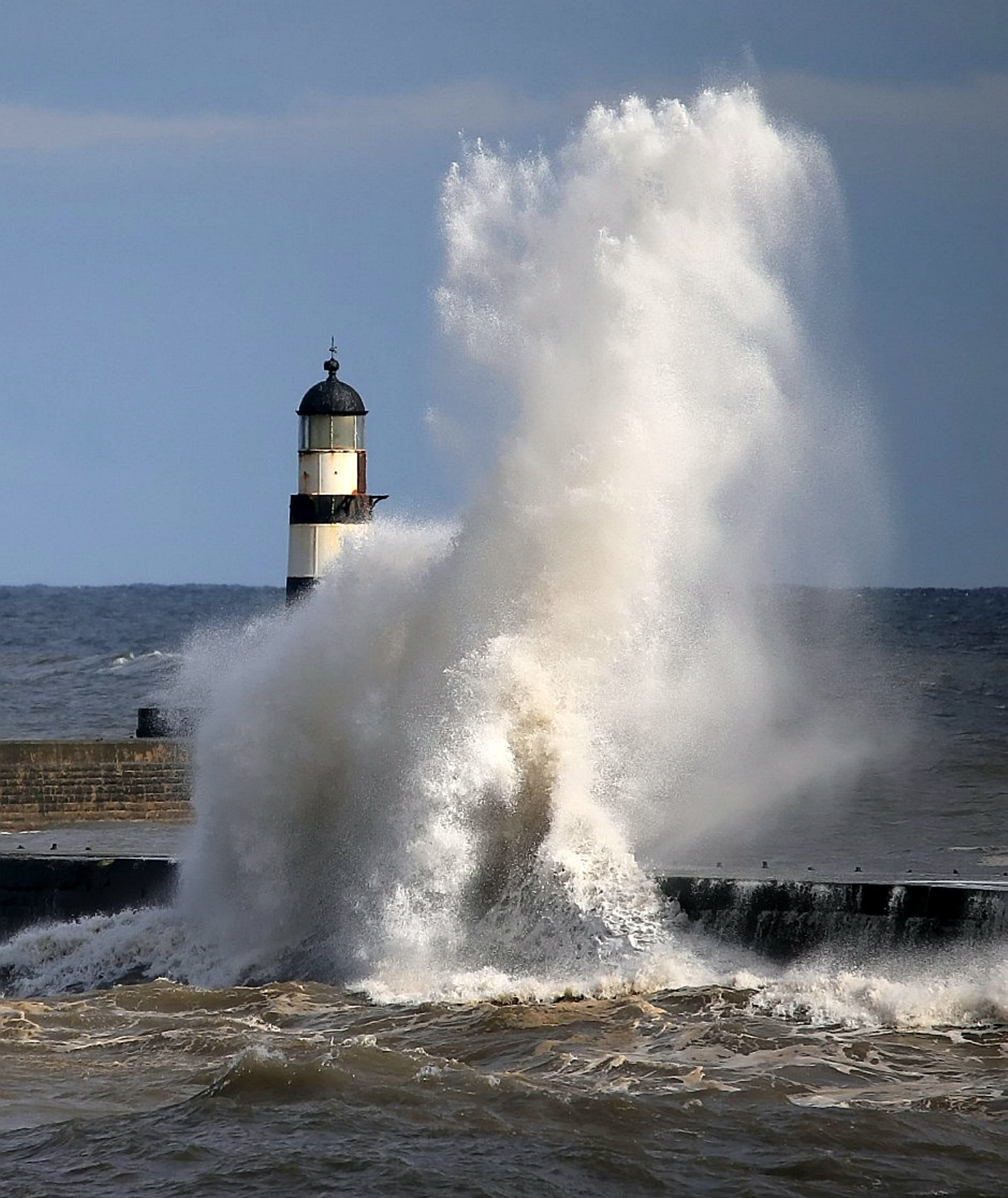 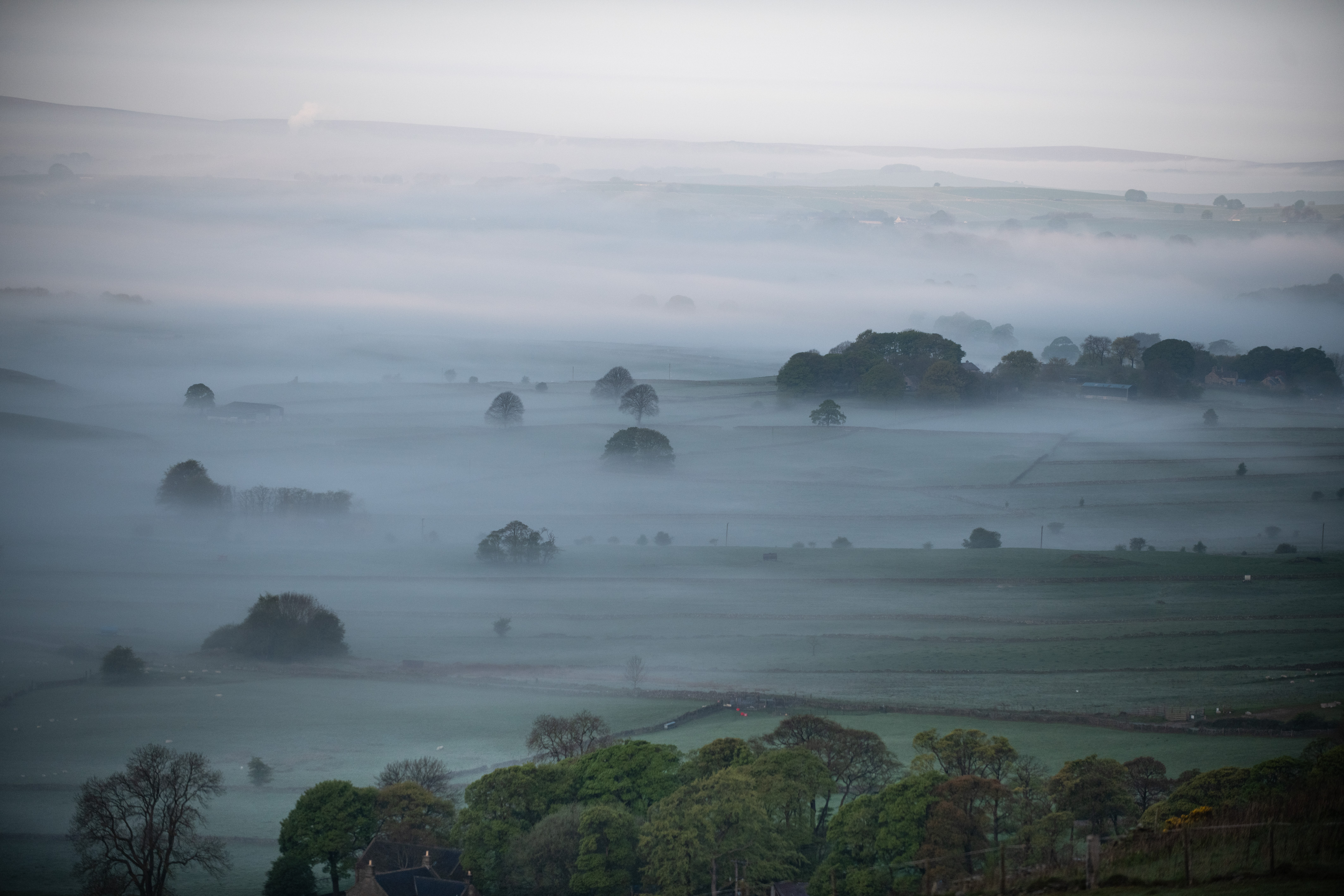 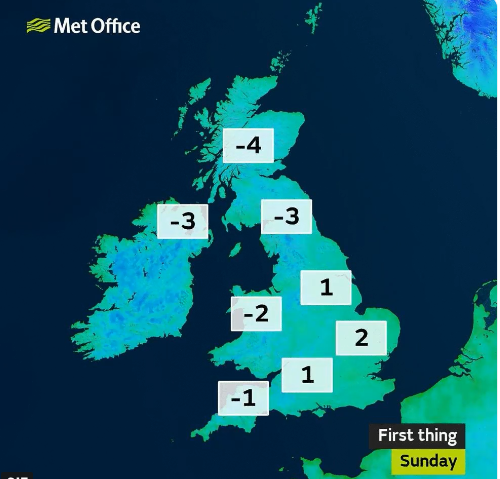