STORM Ellen is set to batter Britain again tomorrow with 65mph winds for the second day in a row.

After a brief let up, heavy gusts are expected to last from 8pm this evening into the early hours of tomorrow morning – with a Met Office yellow wind warning in place for western parts of the UK. 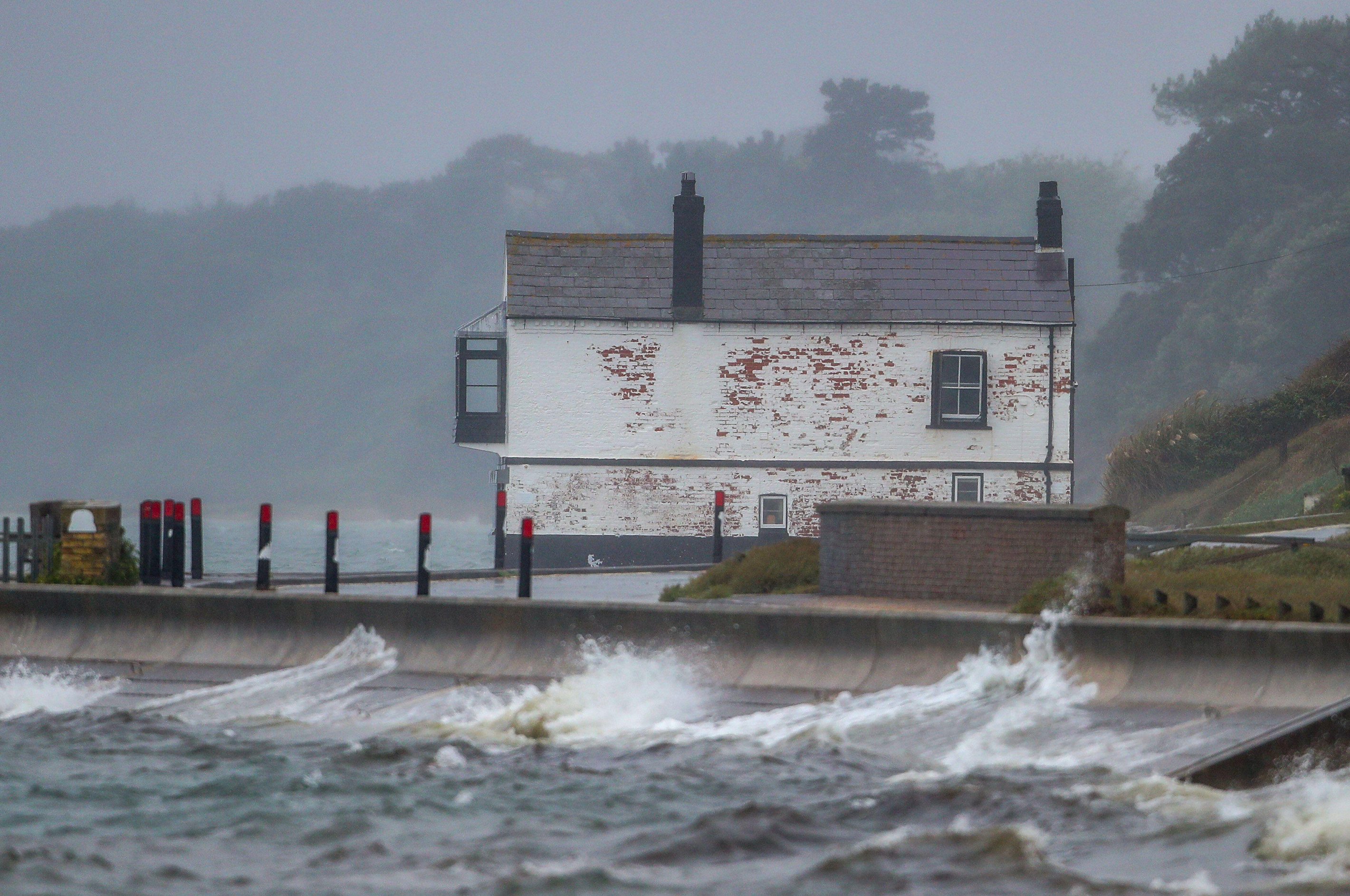 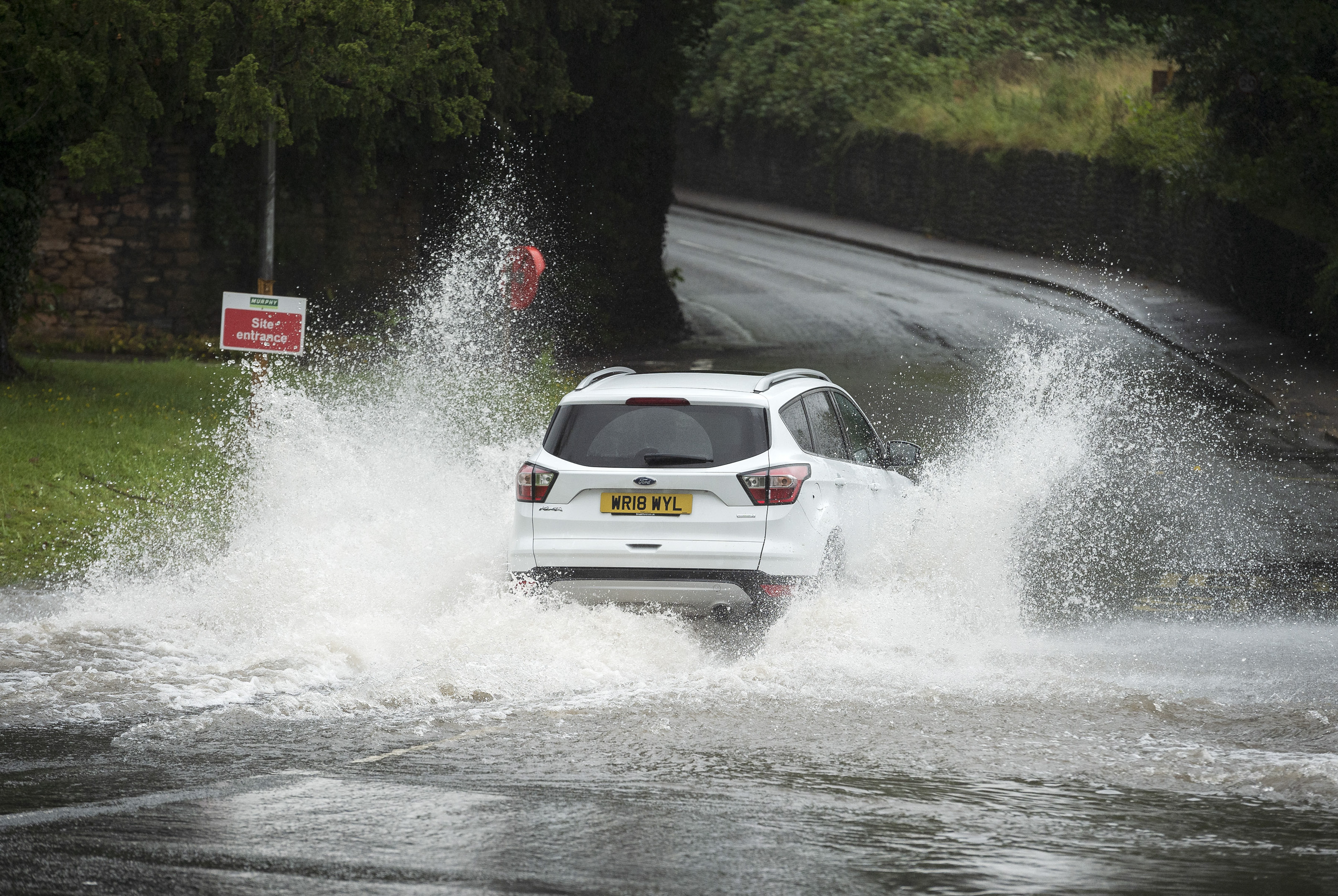 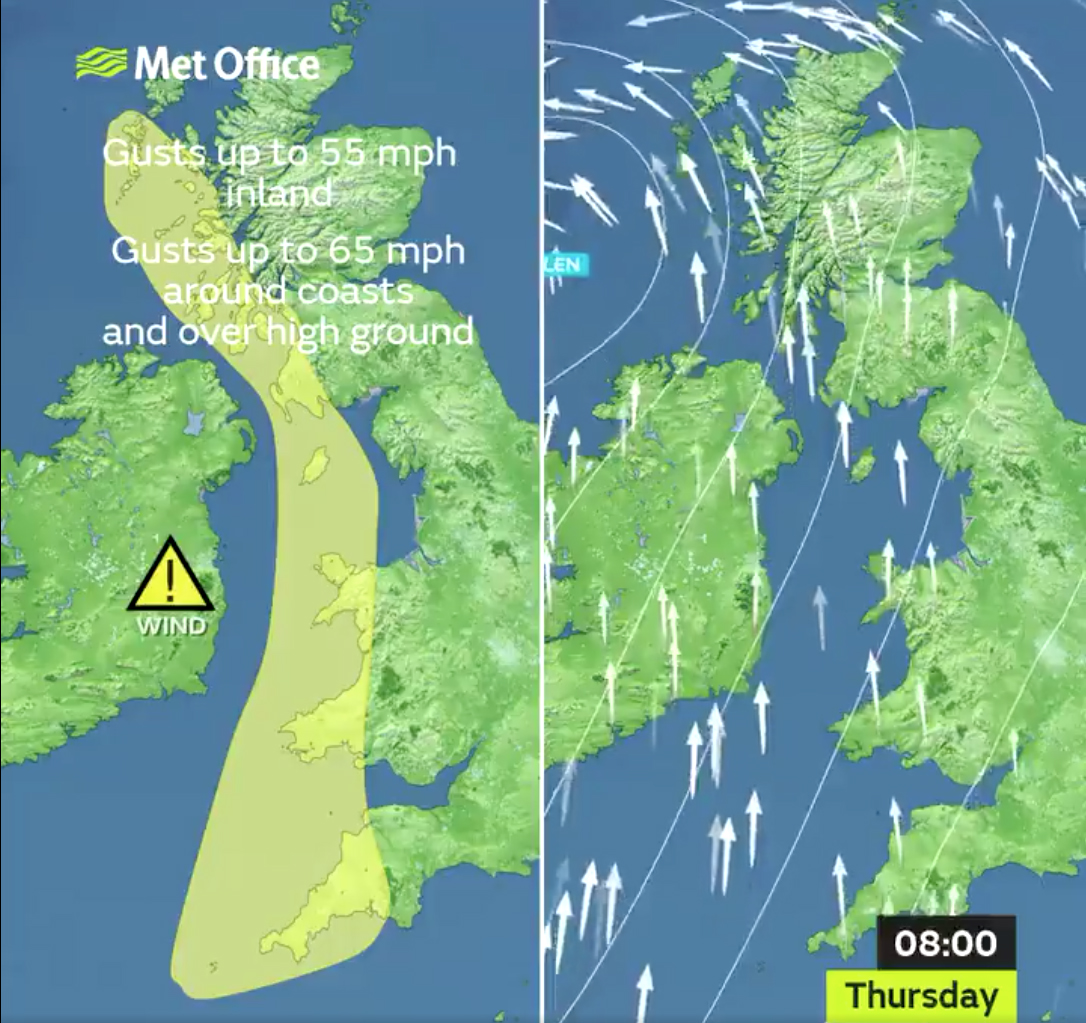 The storm, which includes the remnants of Tropical Storm Kyle and has been named by Ireland's Met Éireann, has caused a day of heavy winds and miserable weather for Brits.

It is set to strike Ireland this evening, before moving north towards Scotland.

The Met Office has issued a series of yellow weather warnings until Friday, with travel disruption expected.

In an update this afternoon, the forecaster confirmed that the warning would come into effect at 8pm tonight and last until 4am for western parts of Scotland, western Wales and southwest England.

Gusts of up to 55mph are expected in these inland areas, rising to 65mph around coasts and over high ground, the Met Office warned.

Winds are expected to ease later on Thursday morning, before picking back up again in the afternoon and overnight into Friday.

The winds will be accompanied by heavy rain moving along the west coast tomorrow – with the Met Office warning that the UK could see up to 50mm of rain falling within six hours.

RAC Breakdown spokesperson Rod Dennis said: “This spell of autumnal-feeling weather is going to make driving conditions very unpleasant for a lot of us over the next few days.

“Strong winds will mean journeys by road will take longer than usual, and could be affected by fallen branches on the roads.

“Add in some very intense rainfall and drivers will need to take real care to complete their trips safely." 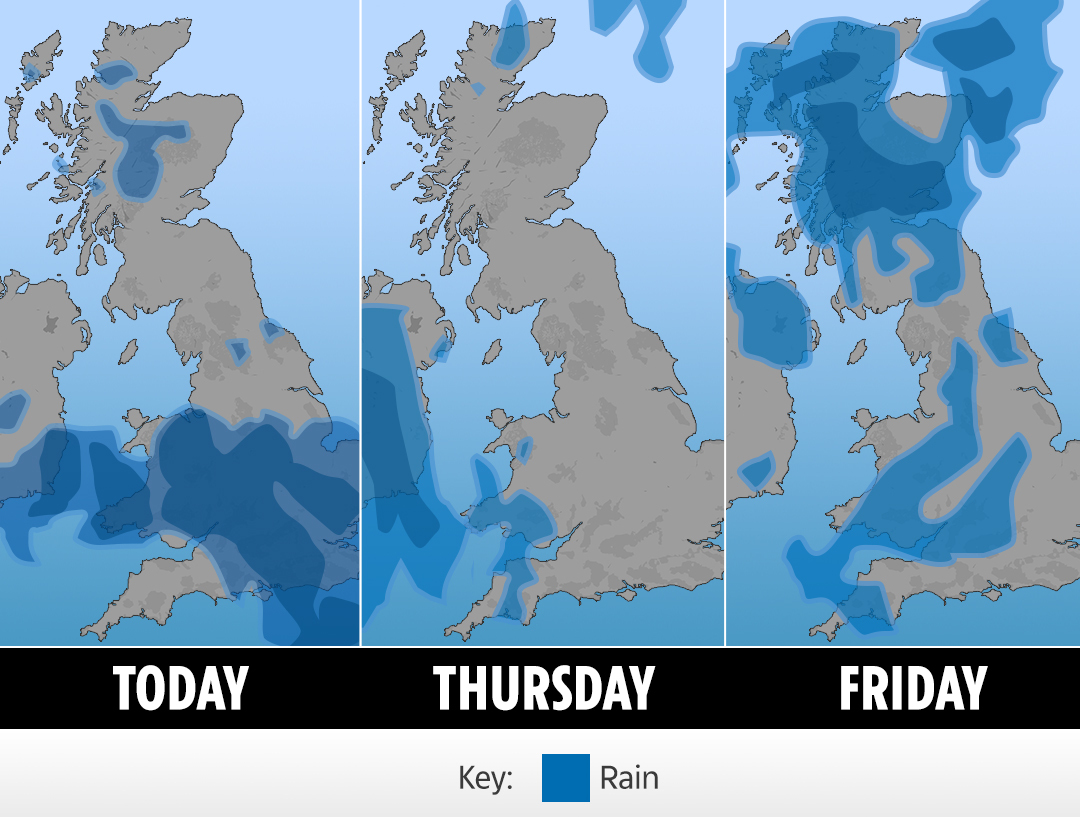 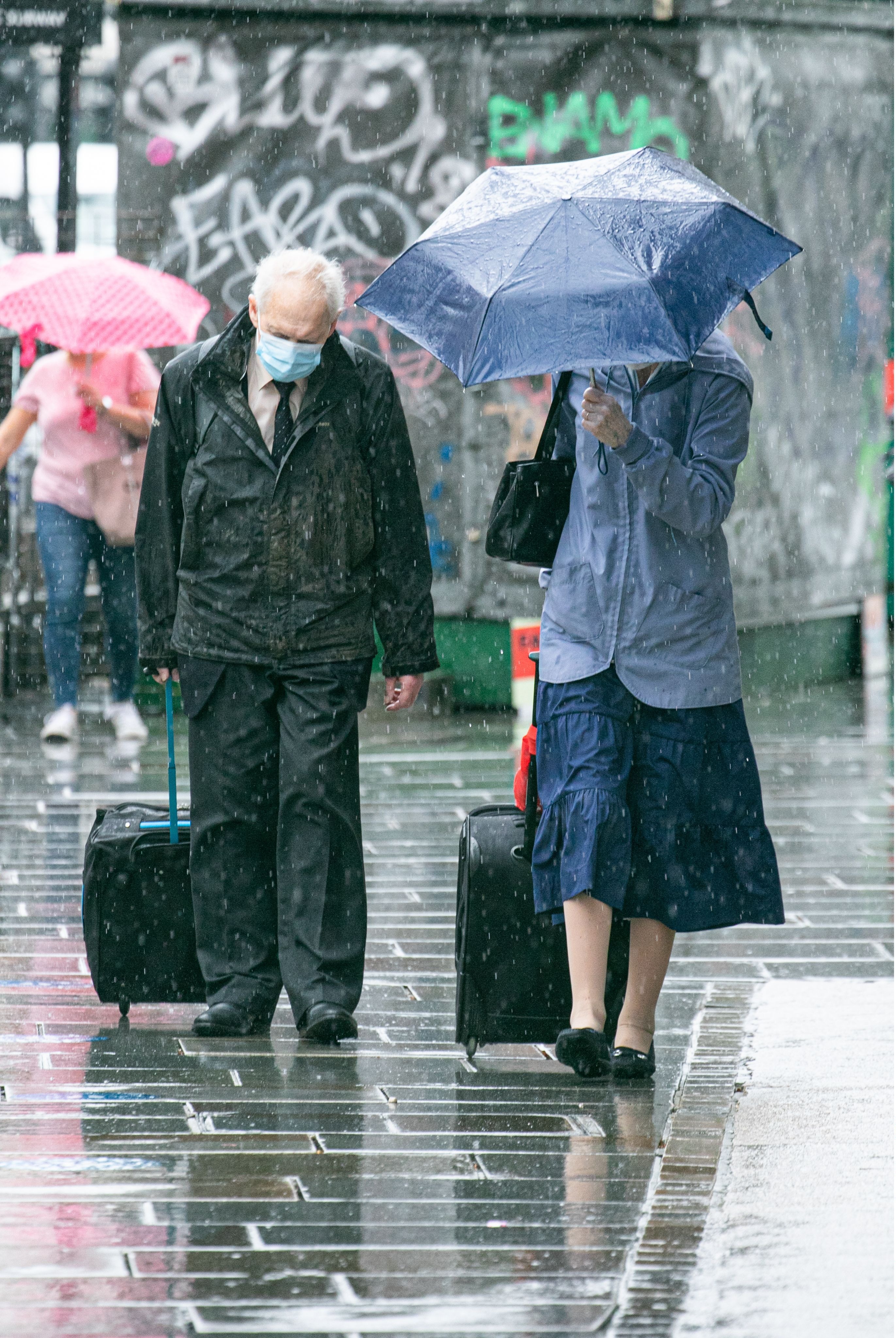 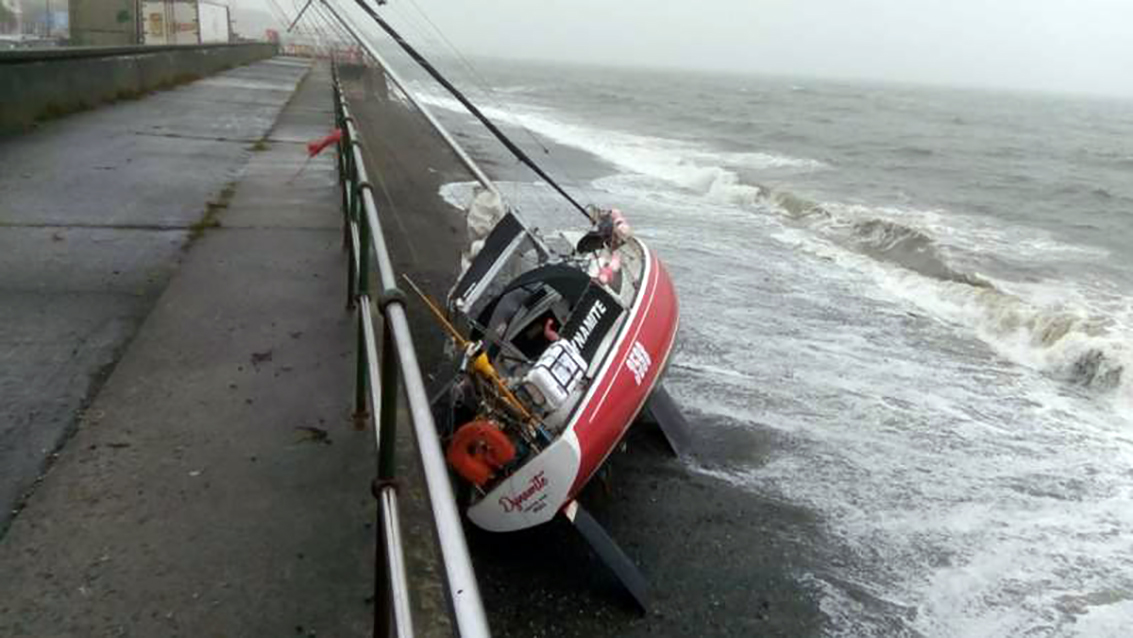 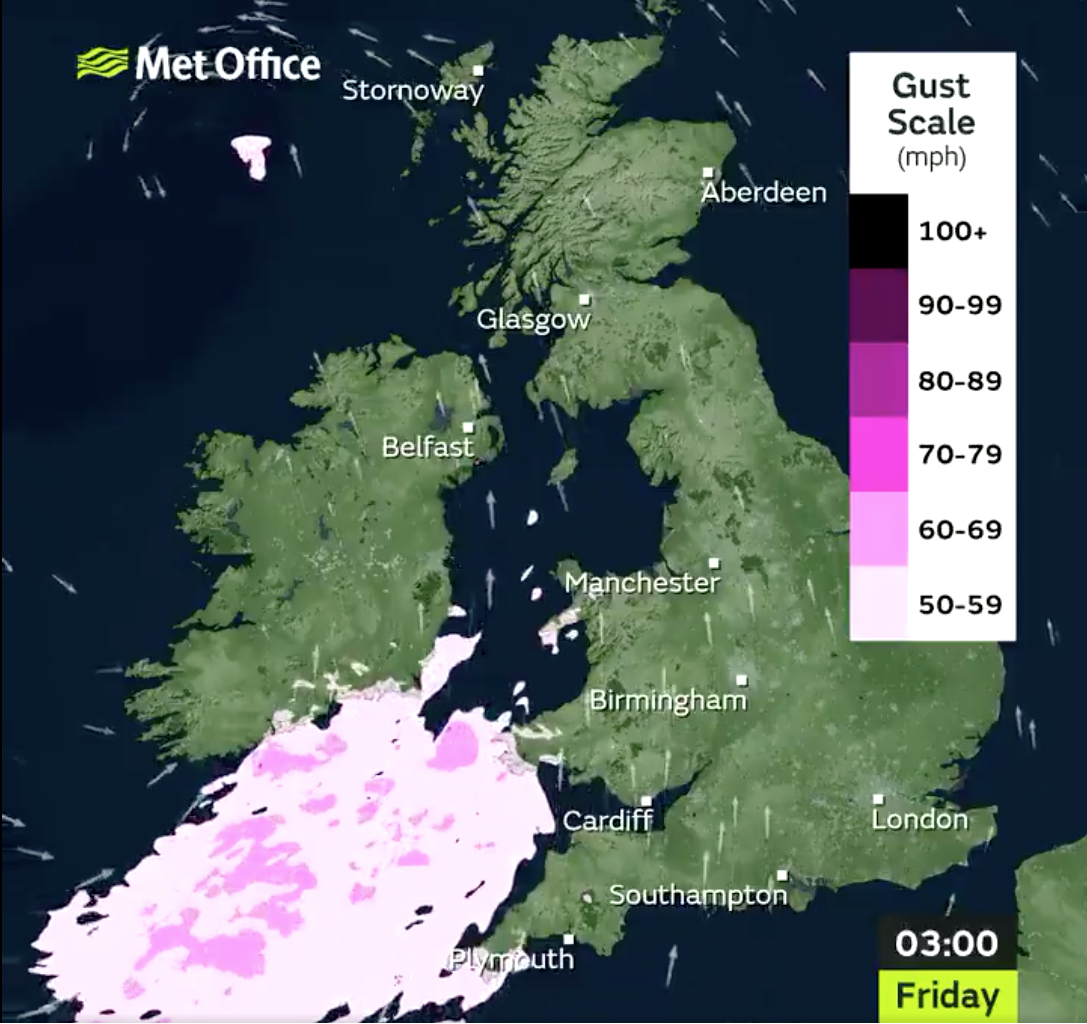 Temperatures tomorrow are set to remain around the average for August despite the stormy weather.

According to the Met Office, Londoners can expect temperatures to hover around 23C tomorrow afternoon, while the Midlands and the North of England will see highs of 21C.

Parts of East Anglia could even see highs of around 28C on Thursday, post Storm Ellen.

Storm Ellen has already caused chaos in Cornwall and other parts of the West Country today.

The weather warnings come as some parts of the UK were hit by heavy rain on Wednesday morning, with Trengwainton in Cornwall, Ivybridge in Devon and Weymouth in Dorset all seeing 30mm or more in nine hours or less.

Tourists have been warned not to pose for selfies on rocks on the coastline or stand on promenades amidst fears they could be swept into the sea – with waves of 26ft due off south-west coasts.

And earlier this morning a dramatic rescue operation was launched after a yacht was "snapped" from its anchor and driven on to a West Country beach by the fury of Storm Ellen's howling 70mph-plus winds.

The Environment Agency has put a flood alert in place for Devon and Cornwall.

"Land, roads and some properties may flood and there may be travel disruption.”

A Twitter account for the #Coastsafe campaign, a partnership involving HM Coastguard and emergency services in Devon and Cornwall, earlier warned: "No photo is worth a life".

The RNLI has also pleaded with holidaymakers to stay away from exposed beaches and rocky outcrops.

They said people venturing out on to sandbanks and hard-to-reach headlands at low tide to get spectacular photos of the stormy weather should beware – they could get marooned and drown.

The RNLI warned tourists: "It's vital to check the tide times before you set off and make sure you start your walk back to the mainland in plenty of time.

"Don't risk the incoming tide catching you out by leaving it too late."

It comes as Brits faced a week of weather chaos – with bursts of torrential rain over the last week causing serious disruptions to towns and motorists.

The M25 was forced to close two lanes due to flooding while emergency services in Devon received more than 60 calls to help affected residents and business owners. 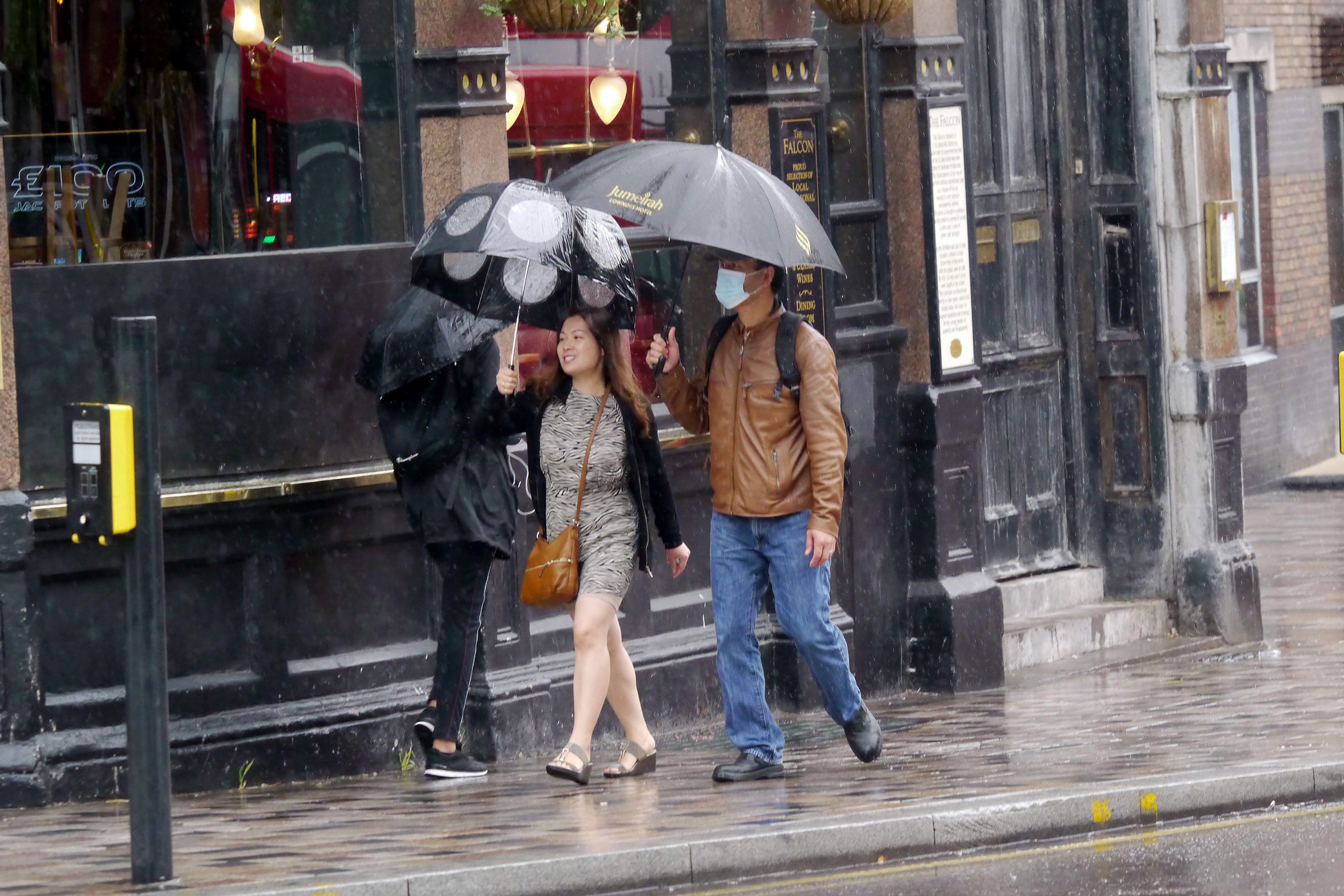 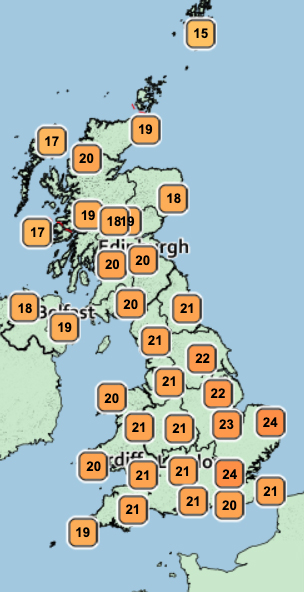 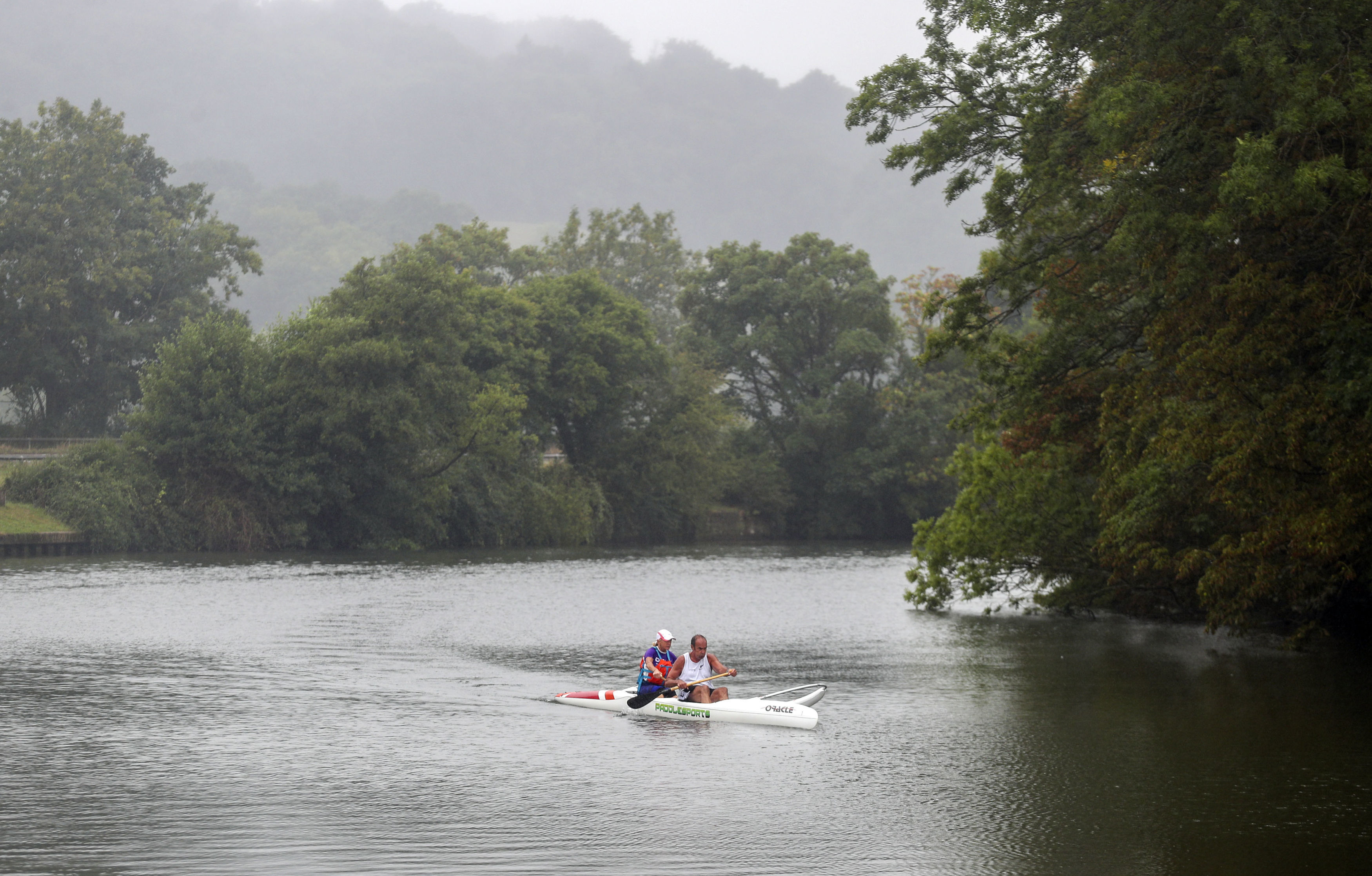 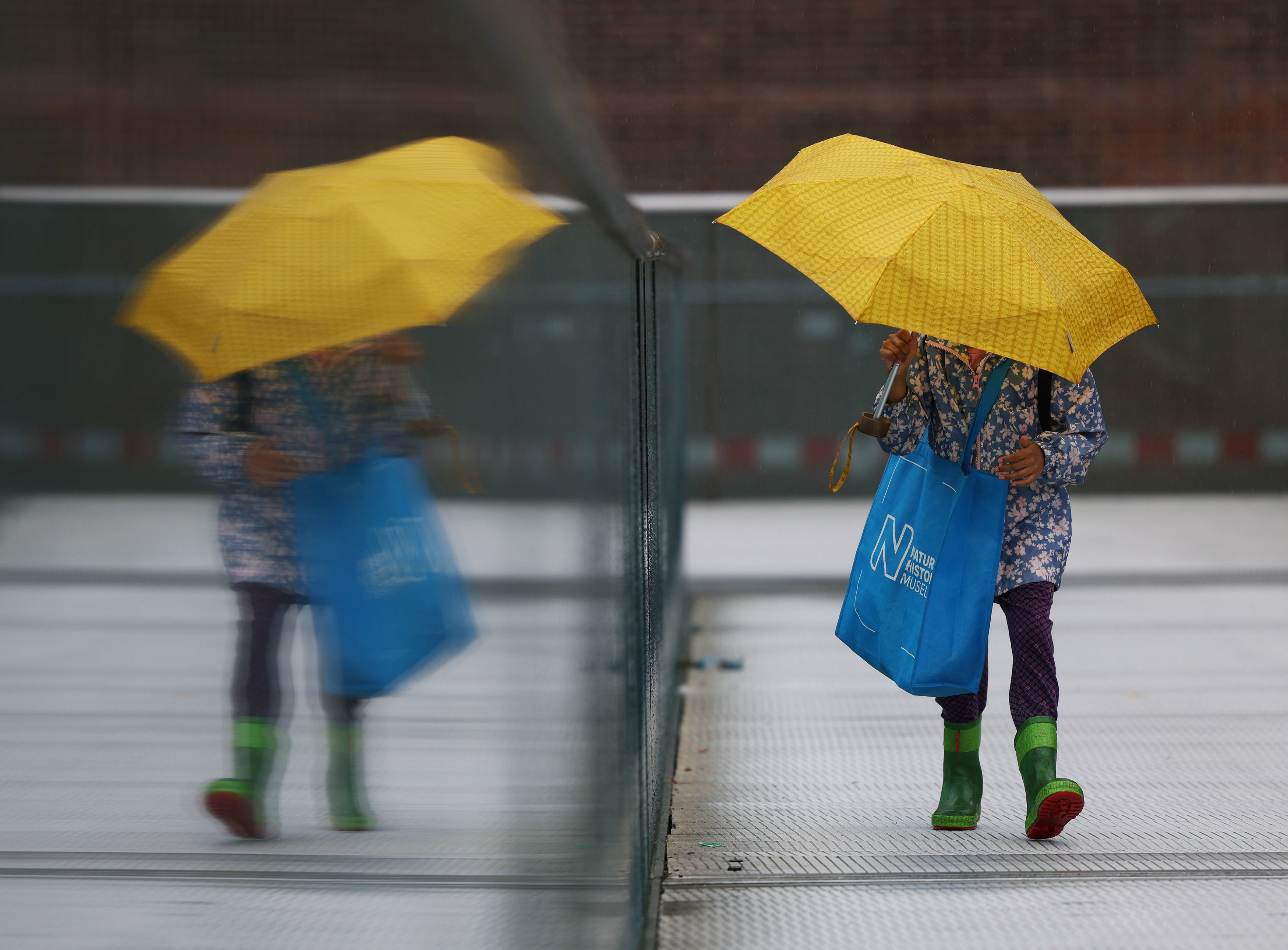 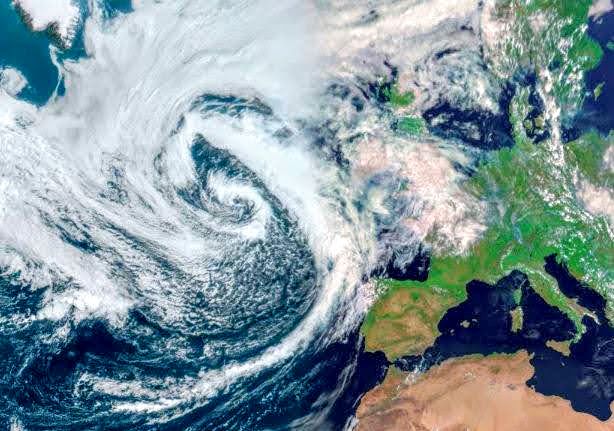