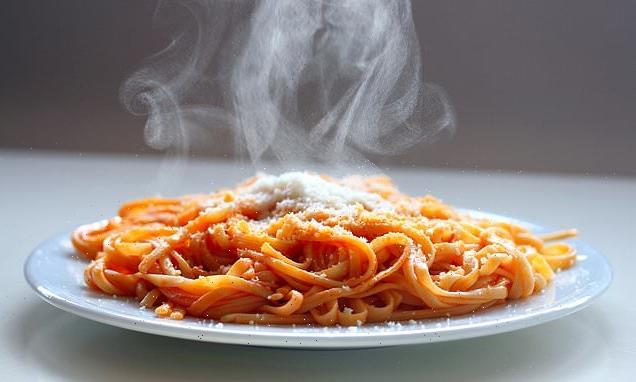 Brexit takes a bite out of the Mediterranean diet: Producers warn UK’s stocks of Italian pasta, extra virgin olive oil and tomatoes are running low because of red tape

Britons who enjoy a Mediterranean feast could face shortages of Italian pasta, extra virgin olive oil and tomato sauce as a result of Brexit bureaucracy issues, Italian producers have warned.

Imports of Italian pasta to the UK fell by 28 per cent in the first five months of this year, while olive oil fell by 13 per cent and Made in Italy tomato sauce by 16 per cent.

‘This is due to the bureaucratic and administrative difficulties linked to the exit of the British from the European Union,’ said the Italian farmers’ lobby group Coldiretti in a statement.

The group said post-Brexit red tape on food transported to the UK from Italy is causing lorries to be delayed and increasing transport costs. 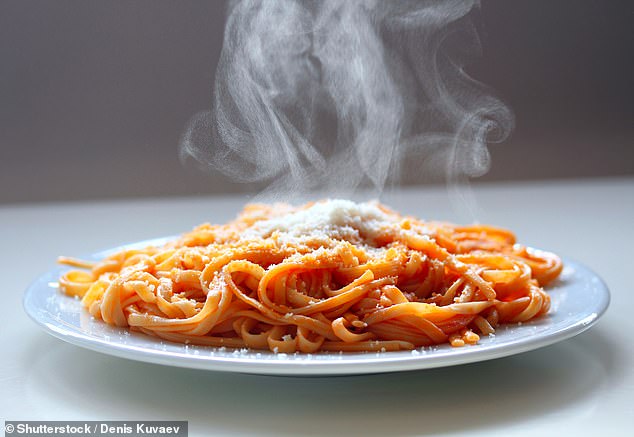 Britons who enjoy a Mediterranean feast could face shortages of Italian pasta, extra virgin olive oil and tomato sauce as a result of Brexit bureaucracy, Italian producers have warned

Coldiretti warned that these difficulties jeapardise the €3.4 billion (£2.9 billion) worth of Italian food exports to the UK.

The lobby group also said that Brexit means non-EU food and drinks that do not comply with EU safety standards could be favoured in the UK over Italian products.

Lorenzo Bazzana, the Coldiretti’s economic officer, said he expected overall trade between Italy and the UK to fall this year.

He told The Times: ‘It’s a problem because the UK is Italy’s fourth-largest export destination after Germany, France and the US.’

Coldiretti also warned in their statement that Brexit could lead to a rise in counterfeits and imitations of Italian food products including Parmesan.

The group said that the UK could become the ‘trojan horse’ for the arrival of fake Made in Italy products – which are mainly made in the US, they claimed. This could catch out some British consumers who thought they were buying authentic Italian products.

‘The British need to watch out for Italian oil and parmesan with an Italian flag on the label which actually comes from America,’ Mr Bazzana said. 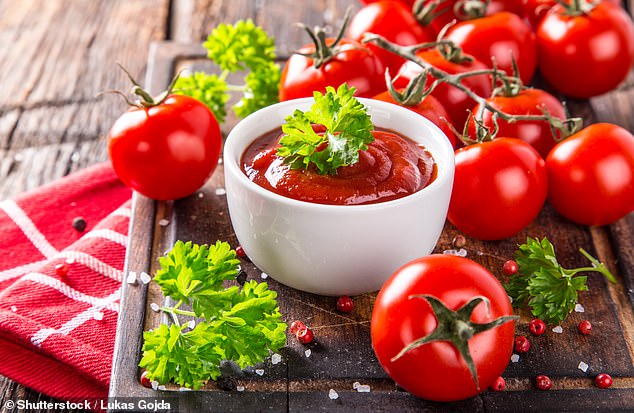 Imports of Italian pasta to the UK fell by 28 per cent in the first five months of this year, while olive oil fell by 13 per cent and Made in Italy tomato sauce by 16 per cent

‘Produce pretending to be Italian is worth €100 billion in sales a year globally, double the real food and drink coming from Italy,’ he added. ‘Now, the UK might become a Trojan horse in Europe, a gateway to Italy for fake Italian food.

‘Before Brexit we could ask the UK to crack down on fake Italian foods but now it is out of the EU we cannot, hence our fear things could turn for the worse there. We have already seen it happen in Russia, where the moment sanctions stopped Italian food arriving, Russian parmesan, complete with the Italian flag, appeared in stores.’

The warning comes after the chairman of Marks & Spencer said last month that Britons could face shortages of Spanish chorizo and French cheese as the result of a ‘fandango of bureaucracy’ at the borders.

Writing in The Mail on Sunday, Archie Norman said ‘pointless’ post-Brexit red tape on food transported from the UK into the EU is causing huge delays at the borders, extra costs and unnecessary waste.

He warned imports into Britain will be hit by similar chaos from October when the strict new rules are suddenly mirrored for food imported from the EU to the UK.

Mr Norman writes: ‘In a mutual act of self-destruction, we risk lumbering French cheese producers and Spanish chorizo manufacturers with the same costs as we have faced trying to export food to the EU.’