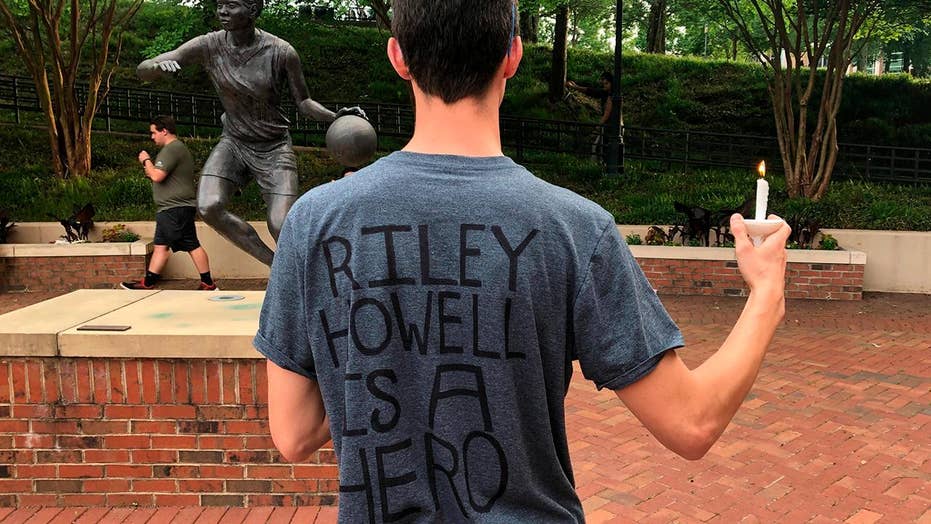 21-year-old Riley Howell is remembered as a hero by the University of North Carolina and the Charlotte community; Dan Springer reports from the scene.

The 21-year-old University of North Carolina Charlotte student who died trying to stop a gunman on campus this week will be buried with full military honors, a funeral home in his hometown told local media outlets.

Wells Funeral Homes in Waynesville told FOX 46 in Charlotte that Riley Howell would receive the military burial. Howell died in a classroom after tackling and charring Trystan 22-year-old Andrew Terrell.

"Absolutely, Mr. Howell saved lives," Charlotte-Mecklenburg Police Chief Kerr Putney said at a news conference this week, adding that Howell "did exactly what we train people to do." 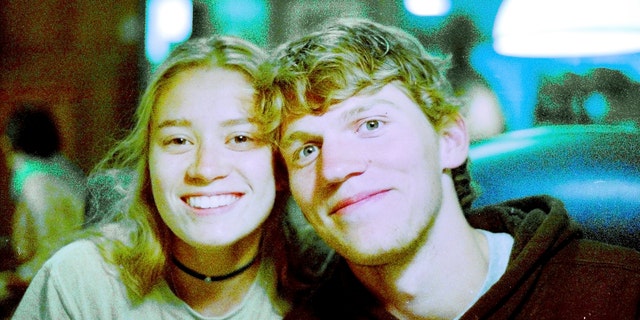 Terrell is accused of opening fire on the campus Tuesday, killing two and injuring four others.  He is charged with two counts of murder, attempted murder, assault with a deadly weapon and firearms offenses. Howell was in a classroom during the shooting.

The other person killed was 19-year-old Ellis Parlier. The four injured students were identified as Drew Pescaro, 19, and Sean Dehart, 20, both of Apex, N.C., Rami Alramadhan, 20, of Saudi Arabia, and Emily Houpt, 23, of Charlotte.

A petition posted to WhiteHouse.gov requested that Howell, an environmental studies major, receive a burial with full military honors. As of Saturday morning, it had more than 28,000 of the 100,000 signatures needed by May 31 to get a response.

"Riley was an ROTC cadet and would have served his country. Instead, he died saving the lives of his classmates. For his heroism, we ask that Riley be given a burial with full military honors," the petition states.

Howell’s mother told NBC's "Today" show on Thursday she was "beyond proud" of her son's heroic actions.

"While kids were running one way, our son turned and ran towards the shooter," Natalie Henry-Howell said. "If he was in the room when something like that was happening, and he had turned away, he wouldn't have been able to live with himself."