THE United States interior secretary has said that he will never follow Washington DC's committee's recommendations to "remove or relocate" statues and strip the names of seven presidents from public buildings.

Secretary David Bernhardt tweeted on Tuesday evening: "Not on my watch. Never going to happen." 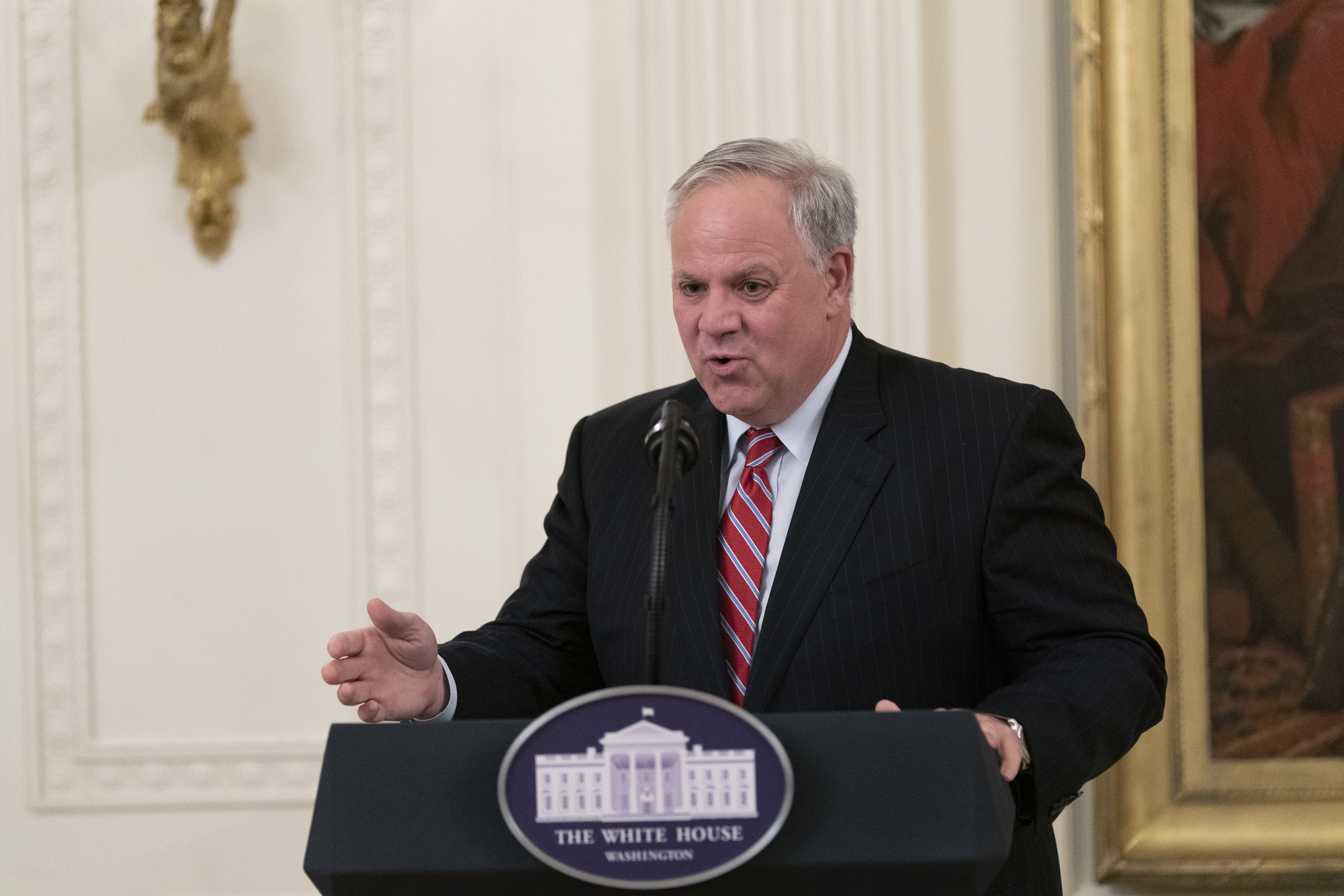 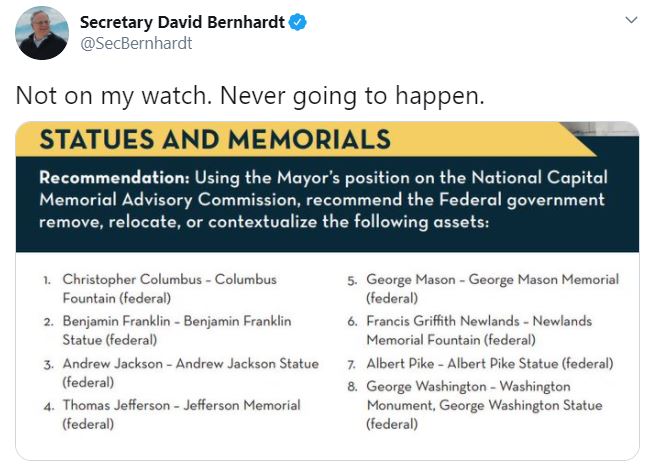 The official made the comments in response to Washington DC Mayor Muriel Bowser's post revealing the District of Columbia Facilities and Commemorative Expressions Working Group report.

Alongside the document, Bowser wrote: "This July, I tasked the DCFACES Working Group with evaluating public spaces to ensure the namesake's legacy is consistent with #DCValues.

"They have delivered the report, and I look forward to reviewing and advancing their recommendations." 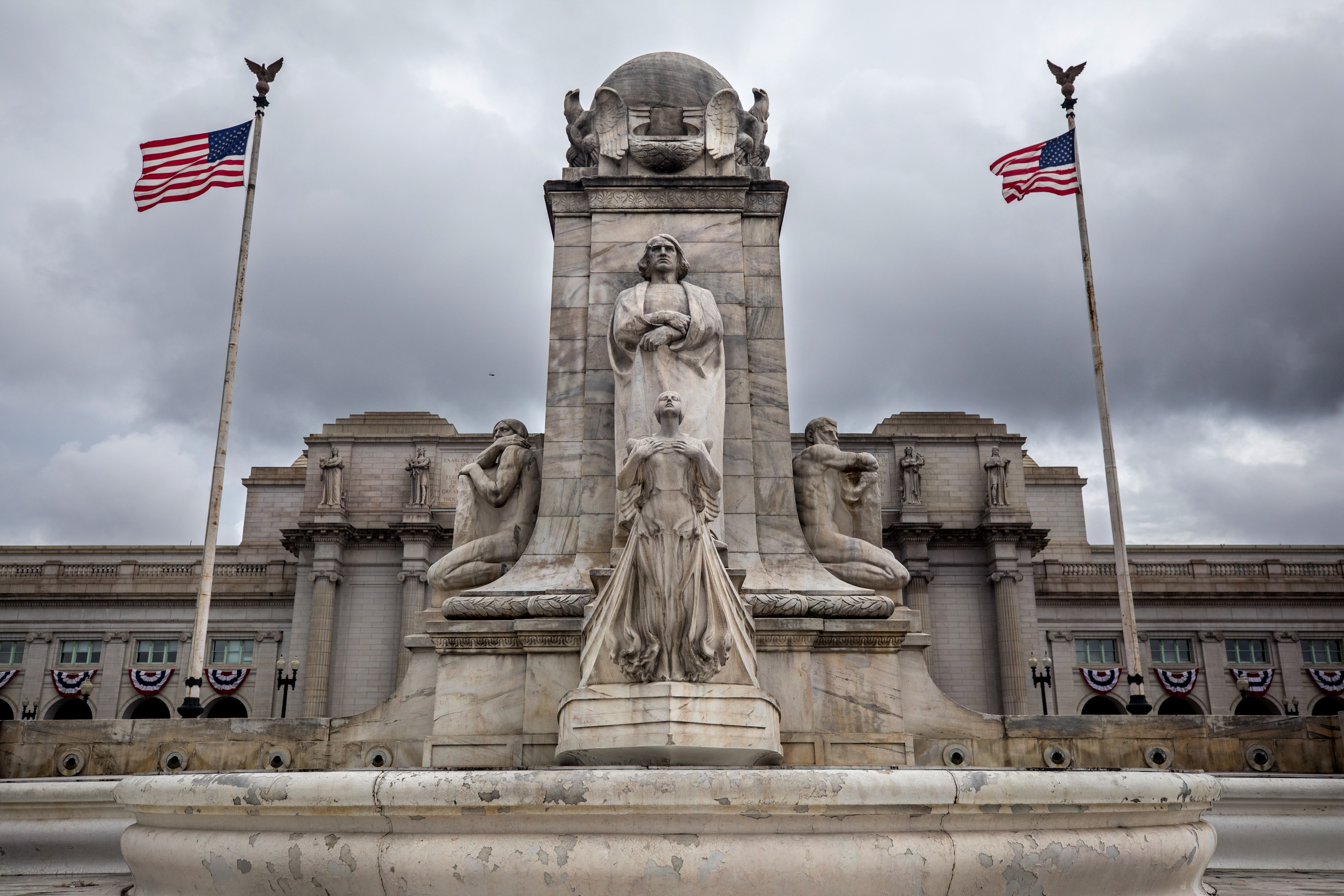 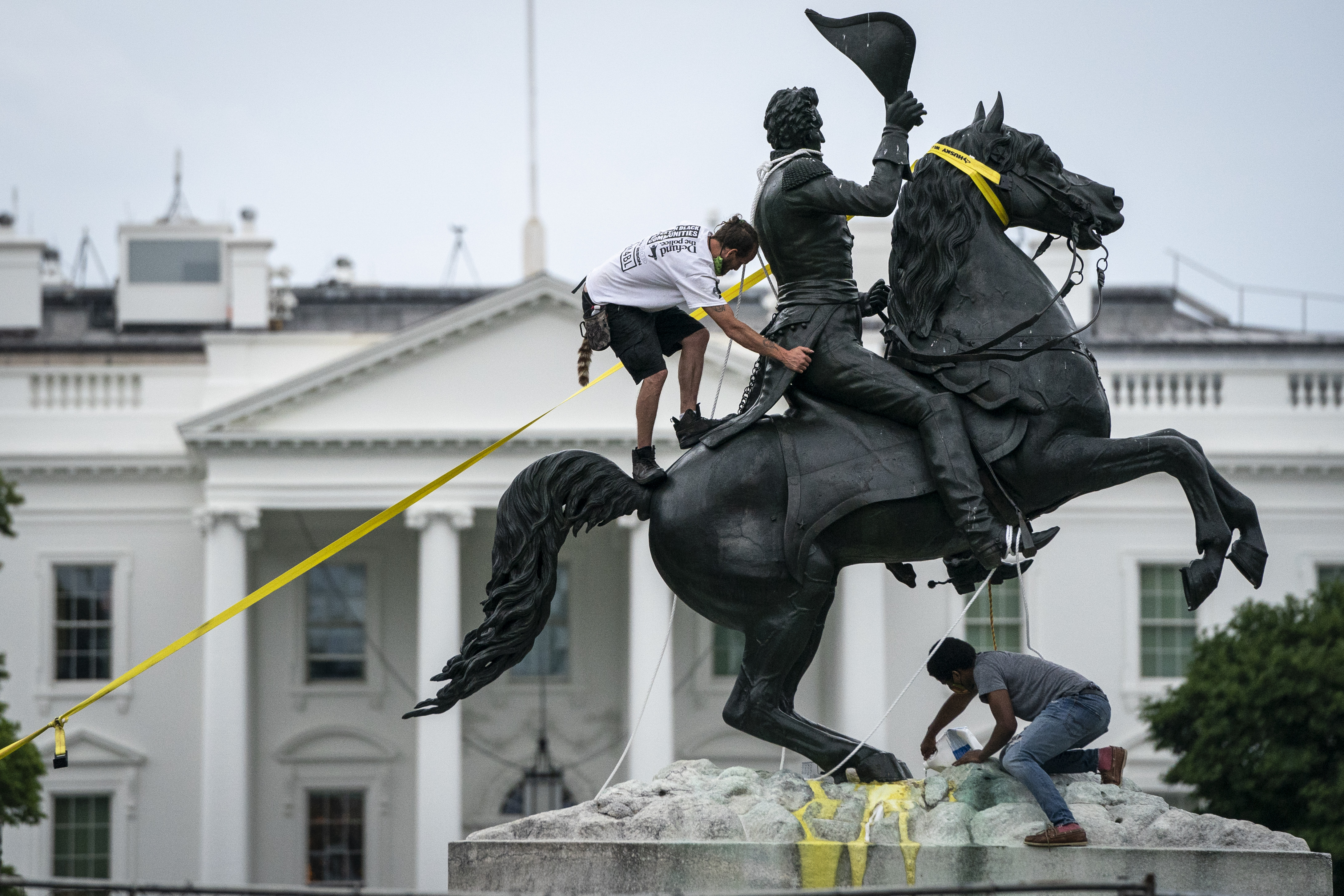 The committee has recommended that several presidents should have their names stripped from public schools, parks and government buildings.

In a letter opening the report, chairs Beverly Perry and Richard Reyes-Gavilan wrote: "In all instances we believe strongly that all District of Columbia owned public spaces, facilities and commemorative works should only honor those individuals who exemplified those values such as equity, opportunity and diversity that DC residents hold dear."

The document detailed that Mayor Bowser recruited the committee "in order to ensure the individuals’ personal and public policy views did not contribute to the nation’s history of slavery, systemic racism and other biases, and, instead, are consistent with our DC values — empowering and uplifting African Americans and other communities of color." 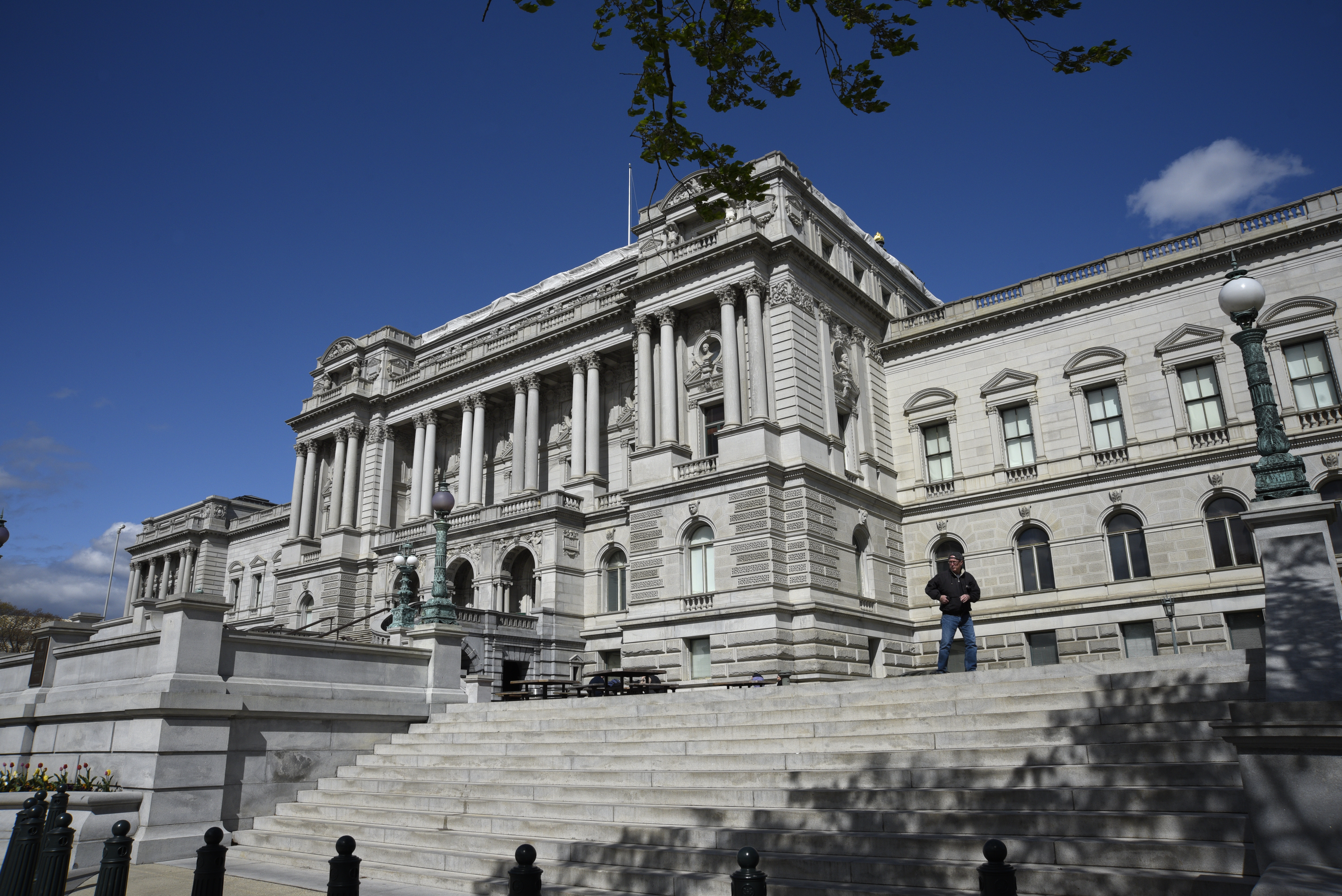 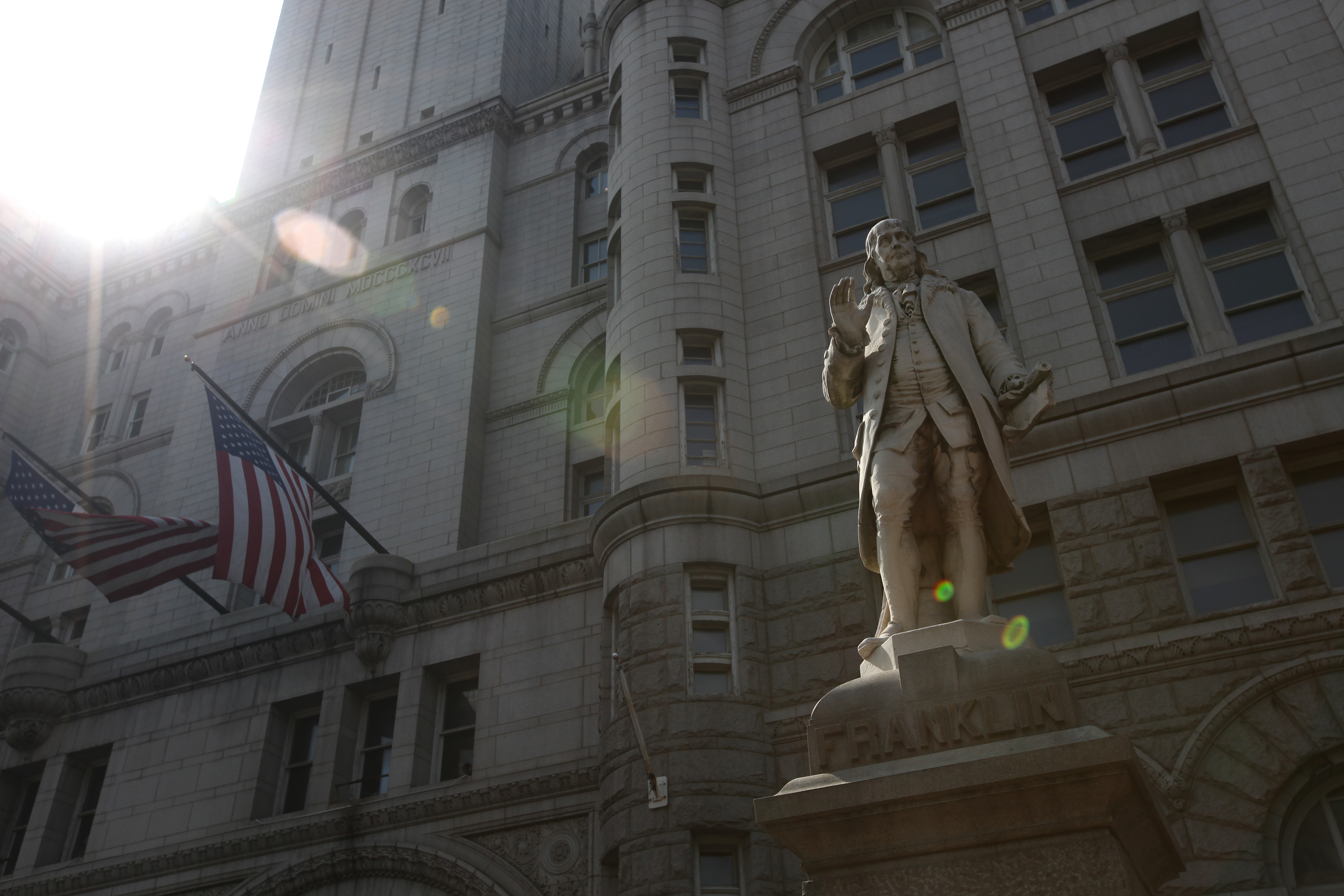