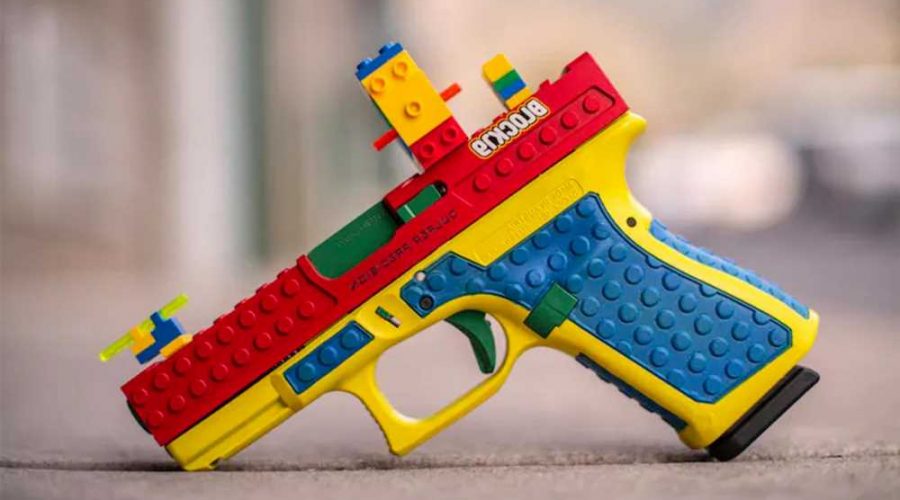 Hard times as NYC soft on crime, doomed by reforms

A Utah-based gun manufacturer is taking heat for its customized kit that encases a Glock handgun in Lego bricks – putting a weapon that looks like a toy in the hands of owners for just a few hundred bucks.

Culper Precision in Provo said in late June it wanted the Second Amendment to “simply be too painful to tread on.”

“Here’s one of those childhood dreams coming to life, the Block19 prototype, yes you can actually build Legos onto it,” the company announced on its Instagram page. “We superglued it all together and surprisingly it survived a little over 1,500 rounds in full auto at Shootah this past weekend.”

The colorful customization option started at $549 and went up to $765 depending on the design, according to the Firearm Blog.

“The idea is that customers who have a Gen 3 or 4 Glock 19 with a black polymer frame and have already purchased an aftermarket blank slide … can send that in and we will return a Block19 to them for around $600,” the company’s president, Brandon Scott, told the website.

But blowback to the design, both from Lego and the public, was swift, with some commenters calling the modification the “most irresponsible” they’ve seen in some time.

“Perfect fodder for the ‘Everytown for Gun Safety’ people,” one gun aficionado wrote. “Not a help.”

“Making a legitimate firearm appear to be a toy is simply irresponsible,” another comment read. “Just because we can, doesn’t necessarily mean we should.”

The kit was no longer available on the company’s website Wednesday after Lego sent Culper Precision a cease-and-desist letter regarding the custom design, the Washington Post reported.

Scott told the newspaper Culper had sold less than 20 Block19 kits before deciding to comply with Lego’s demand.

“They had a similar reaction to you,” Scott told the newspaper. “Where it was like: ‘Is it wise to make a gun look like a toy?’”

An attorney from the Giffords Law Center told the Washington Post no federal law bars guns from being made to look like toys, although it does prohibit toys from being built to look like firearms. New York state prohibits residents from disguising firearms to appear like something else, meaning the Lego-encased Glock could be illegal there, attorney David Pucino said.

Culper, meanwhile, posted a lengthy statement on its website Wednesday saying it was “grateful” for the attention received worldwide by the Block19.

“We built Block19 to create an opportunity to talk about the enjoyment of the shooting sports and the joy that can only be found in marksmanship practice and training,” the statement reads.

The company built Block19, it said, to show new firearm owners that guns aren’t just for law enforcement types or past or current military members.

“Guns are for EVERYONE, and we want to be the first to welcome new firearms owners from any personality type or political affiliation, if you own a firearm, you are our friend,” Culper’s statement continued.

A Lego spokeswoman confirmed to The Post that Culper has agreed to remove the Block19 from its website, as well as to “not make or sell” anything like it in the future.