The vaping industry claims it has helped many quit conventional smoking. That may be true for some older smokers, but it has sucked many young non-smokers into the mess. If vapes were really made to help quit smoking, why are they colourful, sweet tasting and creatively designed?

To counter this, just like cigarettes, vapes need to be presented in a way that makes people aware of the dangers. This means using unattractive packaging and plain designs, unlike the fancy shapes and sleek modelling we are seeing. They should feature weak, nearly tasteless flavours, as opposed to the lolly-like vapours currently on the market. 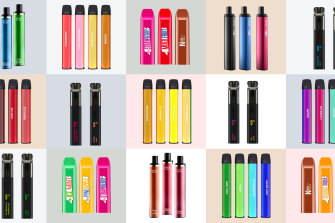 Vapes are sold in a range of colours and flavours that appeal to younger people.Credit:Mark Stehle

I asked a younger friend, who started vaping at 15 years old, how he accessed them. He said they were easy to buy at murky milk bars and tobacco stores, where the shopkeepers would sell them to teenagers. Some teens buy them in bulk online and sell them in their neighbourhoods and at school, with prices as low as $10 each.

A recent report from South Australia’s Commissioner for Children and Young People found two-thirds of teenagers had tried vaping and a quarter were regular users. The behaviour has become a serious issue in both primary and secondary schools. Some have resorted to installing vape detectors in toilets.

It seems like no school or family is safe. My nine-year-old brother has been exposed to friends in the neighbourhood using vapes. Luckily, he came and told me.

When I was in high school three years ago, I remember advising some of my classmates to quit vaping before they developed an addiction. They dismissed my concerns. “Relax, it’s not bad and doesn’t have nicotine anyway.” But we now know from many reports that not having the “nicotine” label does not mean vapes are free of the addictive chemical. 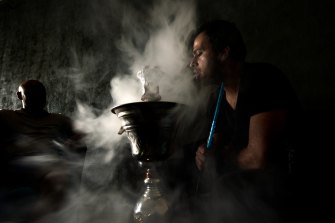 Some young people go from vaping to using shisha, which has worse health outcomes than cigarettes.Credit:Justin McManus

Interestingly, many young people I know didn’t move on to cigarettes but rather to shisha, which are water pipes that feature similar flavours to vapes but have even worse health repercussions than cigarettes.

In a recent episode of Four Corners, University of Sydney public health Associate Professor Becky Freeman said vapes were “designed for [young people], it was marketed to them and it was available to them”.

When I asked an 11-year-old why he had used a vape pen after it was confiscated from him at the local community centre, he said it looked “interesting and cool”. A device designed to help adults quit smoking is not meant to look interesting and cool to kids.

As a 21-year-old, I had envisioned that smoking would be obliterated in the next couple of decades as addiction rates dwindled. However, vaping is creating a new market that risks becoming the next generation of nicotine addicts.

Since banning the selling of vapes to under-18s has not solved the problem, the vapes themselves need to be made to look unappealing. Unregulated vapes imported from China and elsewhere need to be examined and policed more thoroughly. Governments and health authorities must act now before more children become addicted.