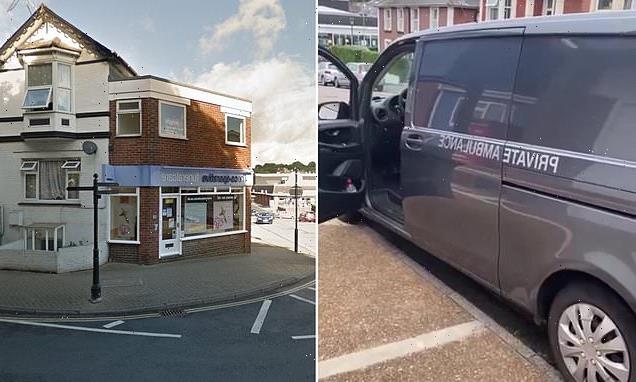 A funeral company has apologised after the vehicle it uses to transport corpses was filmed blasting out the hit Queen song Another One Bites the Dust.

In a severe case of unfortunate timing, the 1987 hit happened to be playing on the radio of the silver private ambulance while it was parked outside a funeral parlour on the Isle of Wight on Wednesday.

The irony of the moment was not lost on passersby, who filmed the vehicle as it played the Freddie Mercury-lead classic while one of its doors was left wide open.

The ambulance is believed to have been waiting to collect corpses from the funeral parlour.

The dark comedy moment happened outside the Co-op Funeralcare in Shanklin.

In footage shared online, one onlooker and his friend can be heard laughing before one quips: ‘Oh dear.’

He said today: ‘I was walking to my doctors to post a prescription when I suddenly saw a private ambulance with a driver’s door open.

‘It was just outside the Co-op funeral parlour.

‘But I couldn’t believe it as I got closer I heard Another One Bites the Dust by Queen playing out on the radio.

‘Some would say it was great comedy timing.

‘It was real dark humour. 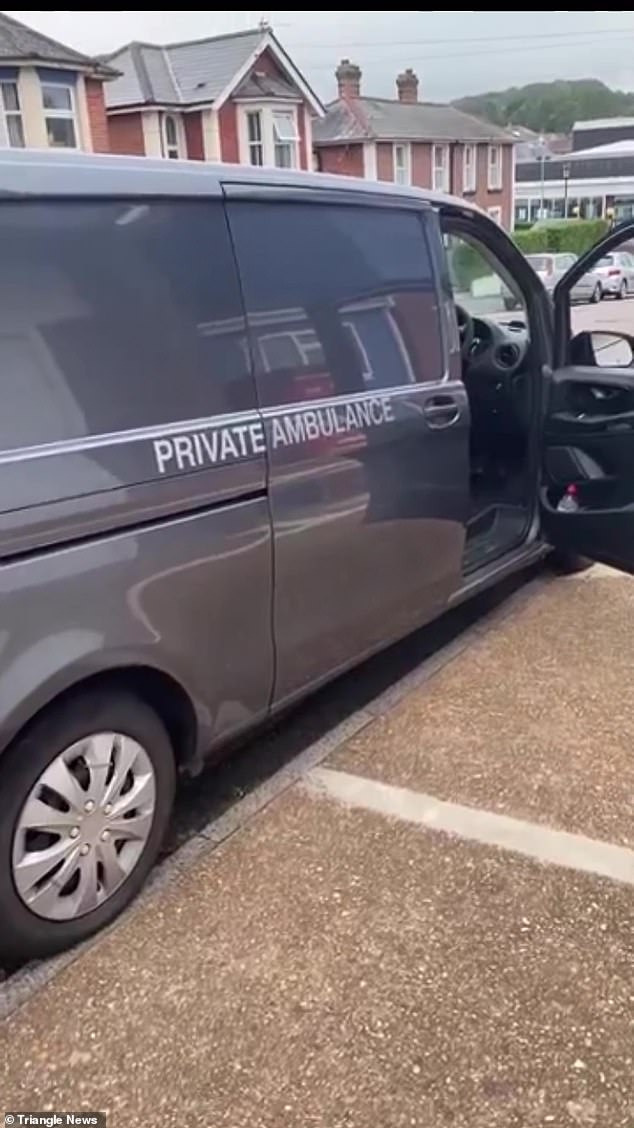 ‘Oh dear’: Passersby giggle as they film the ambulance blasting out Another One Bites the Dust as it waits to pick up corpses from a funeral parlour

‘There was nothing intentional though, it just happened to come on the radio.’

A Southern Co-op Funeralcare spokesperson said: ‘We’re very sorry if this has caused any offence.

‘We will be reminding drivers to be more mindful to avoid any similar oversights in the future.’

Another one bites the dust is a phrase which dates back to the 18th century.

It is used to describe someone dying, in particular soldiers on the battlefield.

Queen’s song of the same name was mostly written by the band’s bassist John Deacon, who also penned the song You’re My Best Friend off of their blockbuster 1975 album A Night At The Opera.

It was also their second big hit in the US, staying at the top the Billboard Hot 100 list for three weeks – while only reaching number seven on the UK charts.