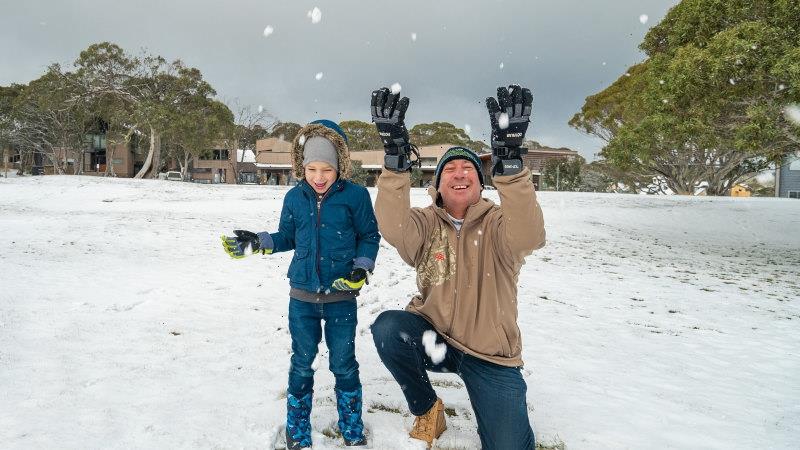 After a smattering of autumn snow across Victoria on Sunday morning, ‘less wintery’ weather is on the way with temperatures to nudge over 20 degrees from Tuesday.

Falls of between 20 to 40cm were recorded at Mount Baw Baw and Mount Buller across Saturday night and into Sunday morning, based off snowcams analysed by the Bureau of Meteorology. 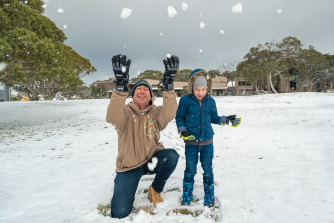 Dinner Plain has received a timely reminder of winter, receiving 5cm of snow in an April snowstorm.

Mount Hotham dropped to -4.7 degrees overnight, though little snow fell as there was less precipitation in the area.

Senior forecaster Miriam Bradbury said while there were flurries down to as low as 800m in places like the Dandenong Ranges, it was “more like hail, it wasn’t nice snow”.

Rain of 20-40mm reported overnight in Melbourne’s eastern suburbs. Another 20mm fell in some parts of the city across Sunday – driven by a cold mass of air from Antarctica reaching Victoria.

“We are seeing conditions generally starting to ease at this point,” Ms Bradbury said.

“It was pretty cool today, we only got up to 14.5 degrees. Monday will be warmer than that but only just, we’re forecasting a top of 17 degrees in Melbourne.

“It will be breezy and a bit cold tomorrow morning, but showers will easing off tomorrow, so the state will feeling a bit less wintry.”

Tuesday is expected to be drier and hit a top of 20 degrees, before a top of 21 on Wednesday.

But the temperature will be knocked down again on Thursday as the weather remnants of the tropical cyclone currently causing damage in parts of Western Australia arrives in Victoria. 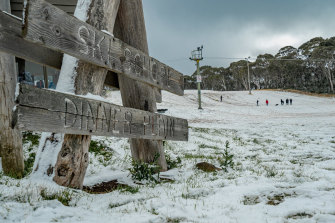 Temperatures plunged below zero in Dinner Plain overnight, leaving the village blanketed in white by the morning.

“By Thursday, the ex-tropical cyclone will bring a low pressure system, so the air will be warmer, but will knock the temperature down from 21 on Wednesday to 19 on Thursday,” Ms Bradbury said.

“It will be nothing like what we’ve seen – so pretty unremarkable – but showery. We’re not expecting extreme rainfall amounts but it will be a little bit windy.”