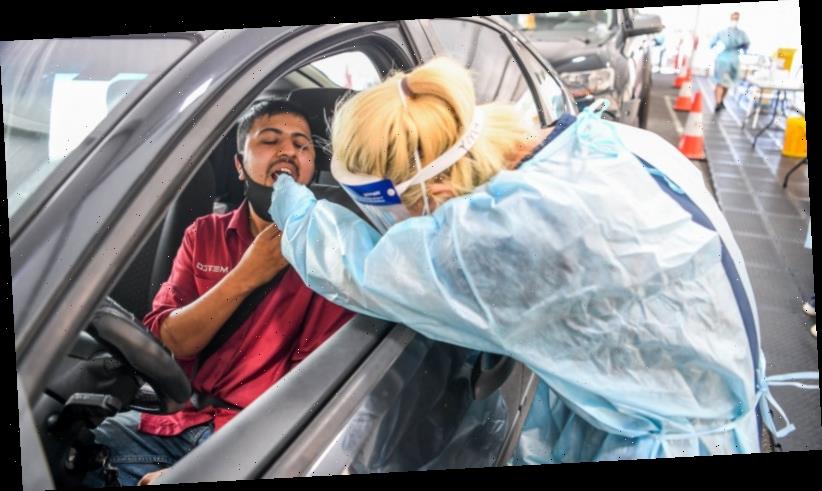 Victoria has again recorded no new local cases of COVID-19 and one infection in an international traveller.

The results come from more than 23,000 tests. There are a further 10,000 test results still to come from yesterday, which were delayed by technical issues.

The results come as state and federal leaders are due to meet at national cabinet today, which has been re-convened a month earlier than planned to decide whether to tighten precautions on international arrivals over fears travellers from the UK.

Among the ideas expected to be discussed is whether airline staff should be tested and quarantined by every state when they arrive in Australia, as they are in Victoria.

Genomic testing has confirmed a casual cleaner at a Brisbane hotel quarantine site was infected with a more contagious strain of COVID-19 originating from the United Kingdom.

Premier Daniel Andrews said on Thursday that he had returned early from holiday leave in order to persuade his fellow premiers and the Prime Minister to adopt Victoria's position on the testing of flight crew and hotel quarantine staff.

He said a change to national policy could potentially "stop what's happened in the northern beaches" in the future.

"We are treating flight crew no different to returning travellers … in the context of the UK strain which is a super-infectious strain of this virus," Mr Andrews said.

"Not if, but when someone finishes up contracting the virus because of their work in hotel quarantine, the virus will have a one-day jump on us, not a week, not 10 days … We need to test staff every day, or at least multiple times per week.

The Age revealed the mutant strain of the coronavirus which scientists believe was a precursor to the highly infectious British variant escaped hotel quarantine in Victoria in June during the state’s second wave but the public was not told about it at the time.

Professor Damian Purcell, head of the molecular virology laboratory at the Doherty Institute for Infection and Immunity in Melbourne, said the new strain had infected at least 37 people in Victoria before being brought under control by Victoria's lockdown.