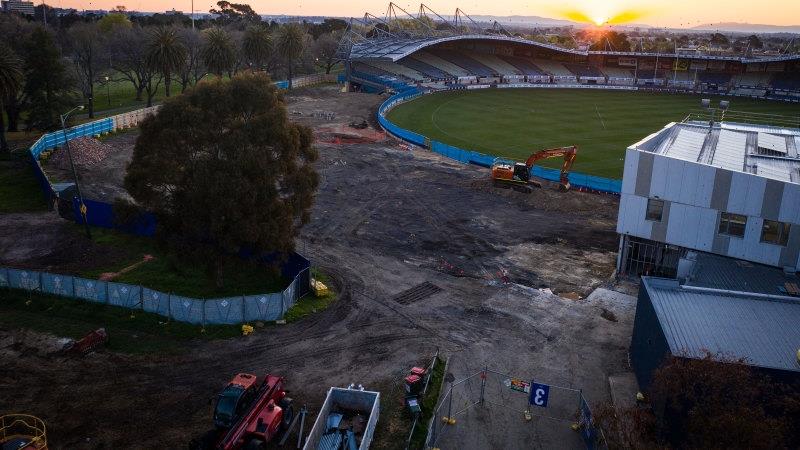 Victoria has reported a national record of 1763 new local coronavirus cases and another four deaths on the first day back on the job for thousands of construction workers who are emerging from a two-week industry shutdown.

Tuesday’s case numbers beat out the previous Australian record for daily case numbers by 160 cases; 1603, reported by NSW on September 11. 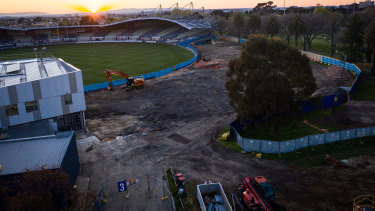 They bring the state’s total active coronavirus cases to 14,368.

More than 35,253 people rolled up their sleeves to get a dose of a COVID-19 vaccine on Monday, and more than 62,189 test results were processed.

Much of Victoria’s construction sector emerged from an industry shut down on Tuesday morning, with locked-down workers in Melbourne and the state’s regions returning to sites after two weeks off the job.

The shutdown was a period of unrest for some workers, who last month clashed with CFMEU officials at their Elizabeth Street offices in the CBD following news of a COVID-19 vaccine mandate for all those in the industry.

The following day, after the shutdown was announced, they were among protesters who brought traffic to a standstill on the busy West Gate Freeway as they marched to the centre of the West Gate Bridge.

The number of construction workers among protesters appeared to have diminished by the time they overtook Melbourne’s Shrine of Remembrance, primarily to rally against vaccinations and coronavirus lockdowns.

Victorian health authorities said over the weekend that five cases of COVID-19 were linked to recent gatherings at the CFMEU and of the cases, four were staff.

The state’s Chief Health Officer Brett Sutton announced on Monday that the government would scrap publishing lower-risk COVID-19 exposure sites on its website, saying: “We have to focus our efforts on where we’ll get the most bang for buck, the greatest efficiency and effectiveness of contact tracing.”

He said even if authorities were to publish all new sites, “people can’t go through 100 pages of tier two exposure sites online; they simply won’t”, and tier-2 locations would likely drop off the website in coming days.

Later on Monday, the Chief Health Officer’s official update said there may be occasions when the Department of Health was unable to contact businesses or residences before they were listed as an exposure site.

“At all times, we take the decision of when to publish these sites in the interests of public health,” the update said.

It said the department regularly managed exposure sites it did not list online.

Students were across the state on Tuesday sitting the General Achievement Test. Authorities revealed on Monday that, in a COVID-19 testing blitz prior to the exam, 33 positive cases were detected among students.