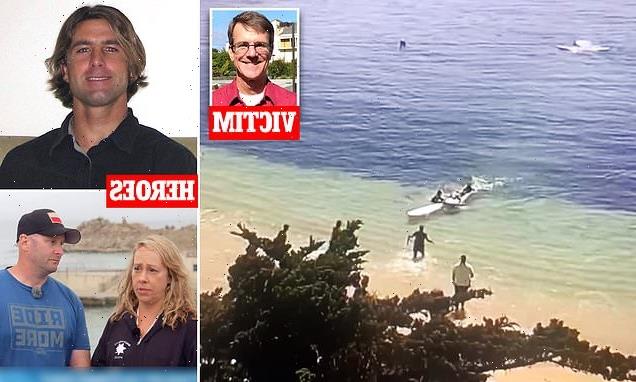 A new video shows a California man being dragged to safety by an off-duty cop and a local surfer moments after a shark attack left him with a broken femur and ‘bleeding severely’ with stomach and arm injuries.

The attack happened on Wednesday at 10:35 am at Lover’s Point Beach in Pacific Grove, California, around 85 miles south of San Francisco.

New video shows fellow beachgoers rushing to help retired IT specialist and teacher Steve Bruemmer who was bleeding heavily. He is reported to have been swimming around 150 yards away from the beach when he was attacked.

The footage shows Bruemmer laid out on a surf board while two swimmers paddle furiously to get him to the shore.

One of the rescuers shown in the video, Heath Braddock who was teaching surfing in the area to children, told KSBW: ‘We got my biggest board and the gentleman, Paul, helped me roll the victim on the board belly down and got him kind of centered and stable. We had him hold my food and we paddled him in.’

Another of the rescuers was Sacramento police officer Paul Bandy. Bandy told the station: ‘He was screaming for help, you could tell the sound and the emotion in his voice that there was something definitely wrong and he was slapping the water.’

He continued: ‘I wasn’t sure if that was some sort of thing he was trying to get something away from him or just trying to draw attention to himself.’

Bandy was paddle boarding with his wife Aimee Johns, a nurse, for their anniversary. Johns told KSBW that when they got the victim to shore, they cut off his wet suit and applied tourniquets to his limbs and abdomen. John said that he was ‘bleeding severely.’ 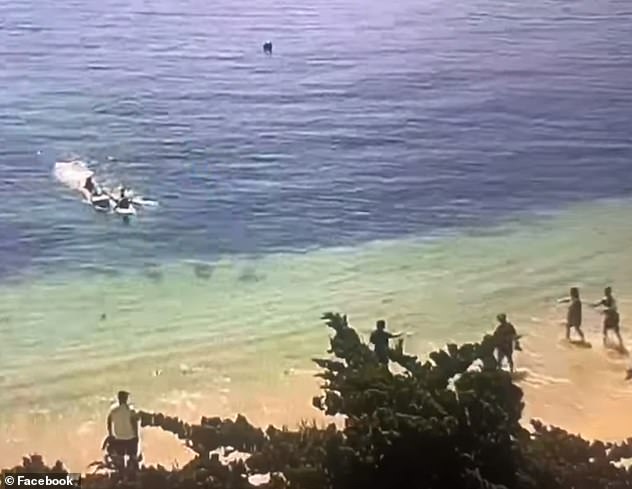 One of the rescuers, surfer Heath Braddock, said that he got the ‘victim on the board belly down and got him kind of centered and stable’ and then paddled him in alongside off-duty cop Paul Bandy 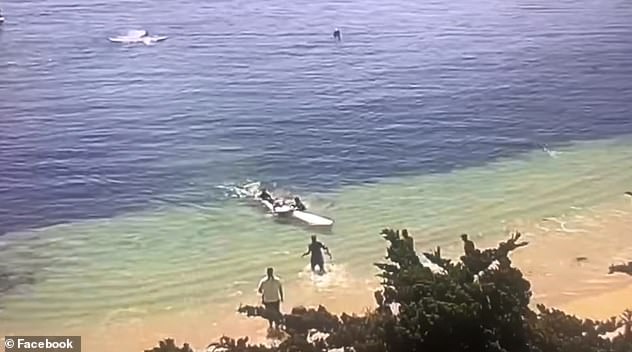 The victim Steve Bruemmer suffered a broken femur as a result of the attack. One of his rescuers said that his leg was almost ‘severed’ following the attack 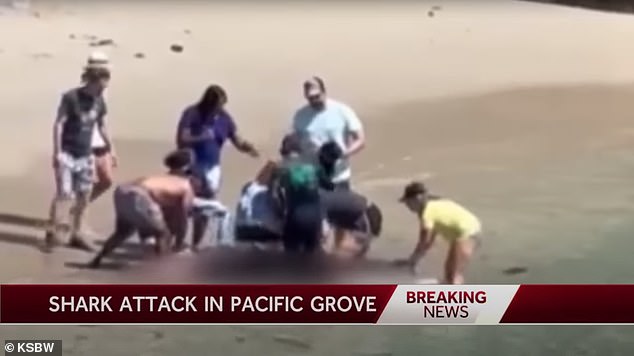 One of Bruemmer’s friends said that he was attacked by a ‘very large shark. Prior to this attack, there had been 12 shark attacks in the US in 2022, according to Tracking Sharks. Zero have been fatal’ 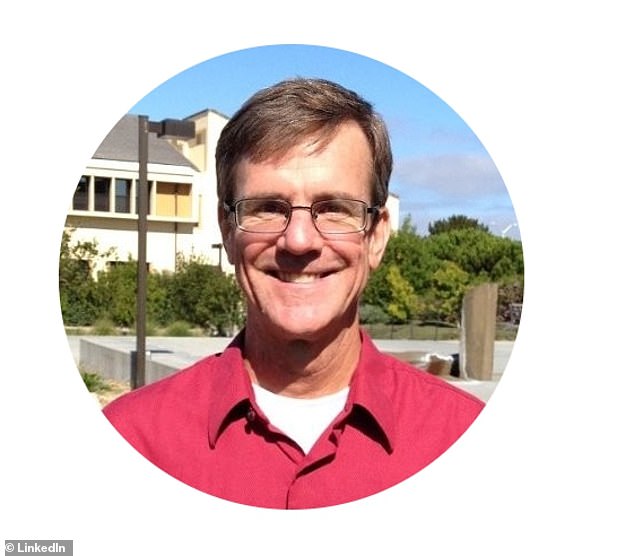 Victim Steve Bruemmer is a retired IT teacher from Monterey Peninsula College. He is a member of a local swim club and regularly swims in the waters where he was attacked 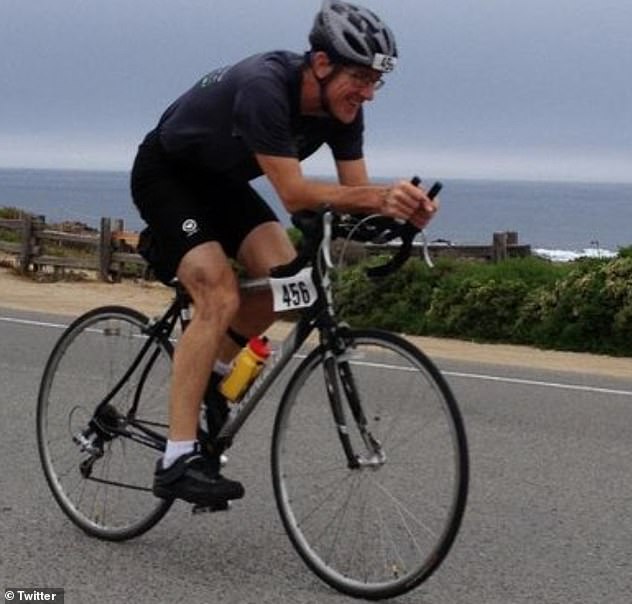 According to his LinkedIn page, Bruemmer, a Notre Dame graduate, retired in January 2021 from his role as an instructional technology specialist. Previously, he worked as a computer programmer

Her husband, Paul Bandy, added: ‘As soon as we got close to him, we could see he had severe lacerations on his arms and legs.’

Braddock told the program that when he heard Bruemmer’s cries he ‘grabbed a couple boards and took two boards out. As I approached, I saw kind of the pool of blood. It was probably the size of a table or a car.’

When they got back to the beach, Johns said: ‘His leg was almost severed.’ Bandy said: ‘Severely injured. All the way down to the bone.’ 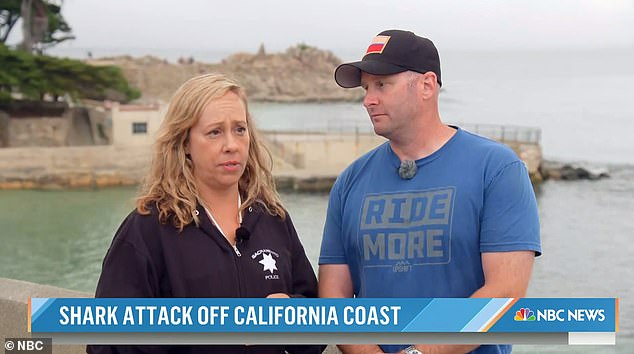 Nurse Aimee Johns and her husband, Paul Bandy, were paddle boarding as they celebrated their anniversary when they heard Bruemmer’s calls for help 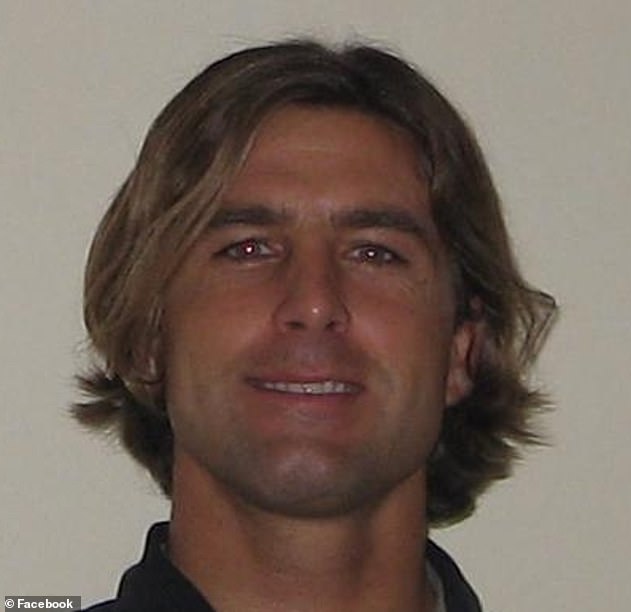 Surfer Heath Braddock was teaching children on the beach close to where the attack took place. When he heard the victim’s calls for help, he grabbed two surf boards and made his way to the victim

One of Bruemmer’s friends, Jill Hannley, told KION that he was ‘kelp crawling,’ a practice of swimming just above the vast forests of colorful seaweed located in the Pacific. The victim is a member of a local swimming club that regularly swim at Lover’s Point.

Hannley described her friend as being attacked by a ‘very large shark.’ She said that none of Bruemmer’s blood vessels were ‘intruded upon’ but that his femur was broken.

She said that it will be a long recovery but doctors expect the victim to be okay. His leg will not need to be amputated, Hannley said.

Bruemmer is a retired IT specialist and teacher from Monterey Peninsula College.

A firefighter drone was deployed in an attempt to locate the shark after the attack.

Pacific Grove city manager Ben Harvey told the Monterey Herald that the shark was spotted in the area after the attack.

A witness, Fernando Beltran, who was biking in an area overlooking the water told the Herald that the attack looked like two swimmers playfully tussling in the water.

During the attack, Beltran said that he saw the retired IT specialist get dragged under the water for 10 to 15 seconds.

He said: ‘I was in shock for a minute, thinking, ‘Oh that can’t be a shark.’ I thought it was two guys wrestling.’ 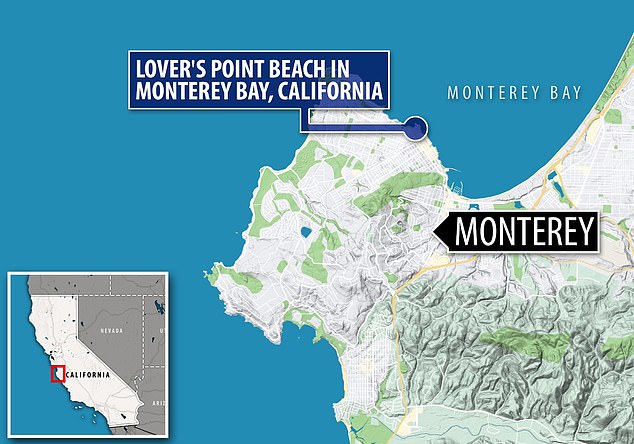 According to his LinkedIn page, Bruemmer, a Notre Dame graduate, retired in January 2021 from his role as an instructional technology specialist. Previously, he worked as a computer programmer.

His wife is Dr. Brita Bruemmer, the medical director of the Big Sur Health Center. The couple is married with two daughters.

In a press release, the Pacific Grove Police Department paid tribute to those who helped to save Bruemmer.

The department said: ‘We want to express our gratitude and appreciation to the Good Samaritans that took immediate action and personal risk to assist the swimmer.’

As a result of the attack, Lover’s Point and nearby Sea Palm beaches are closed until Saturday June 25.

The department confirmed that the victim suffered ‘significant injuries from the shark bite and was transported to Natividad Hospital.’ The hospital is located 23 miles from the beach in Salinas, California. 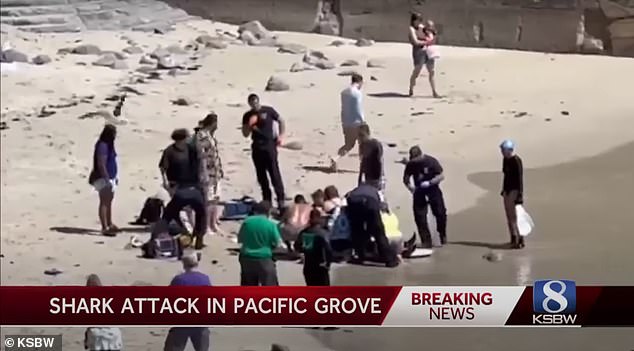 A witness, Fernando Beltran, who was biking in an area overlooking the water told the Herald that the attack looked like two swimmers playfully tussling in the water 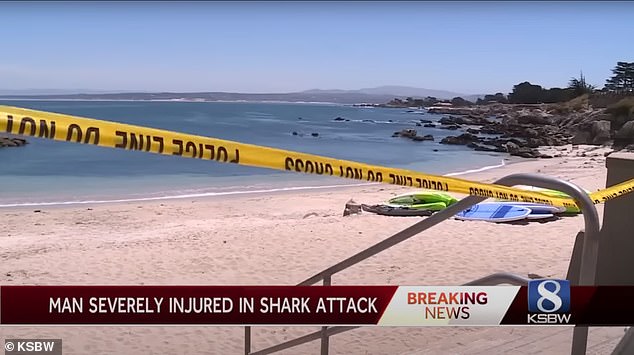 As a result of the attack, Lover’s Point and nearby Sea Palm beaches are closed until Saturday June 25

Prior to the June 22 attack, there had been 12 shark attacks in the US in 2022, according to Tracking Sharks. Zero have been fatal.

On Christmas Eve 2021, Sacramento man Tomas Butterfield was killed when he was attacked by a shark while swimming Morro Bay, 150 miles south of Pacific Grove. He as 42 years old.

There has been no confirmation of what breed of shark was responsible for the attack.

The most dangerous types of shark to humans in the Pacific Ocean are the Great White and Tiger sharks. Great white shark attacks in the area are more common south of Pacific Grove, reports KSBW.