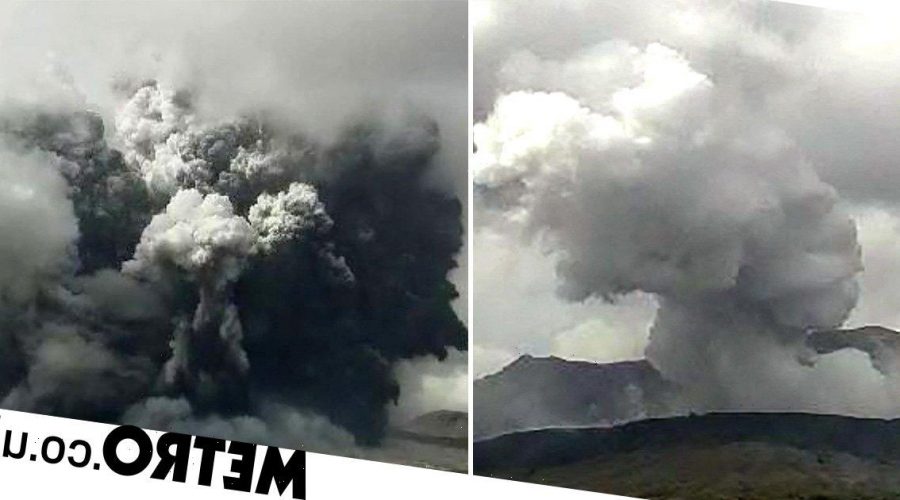 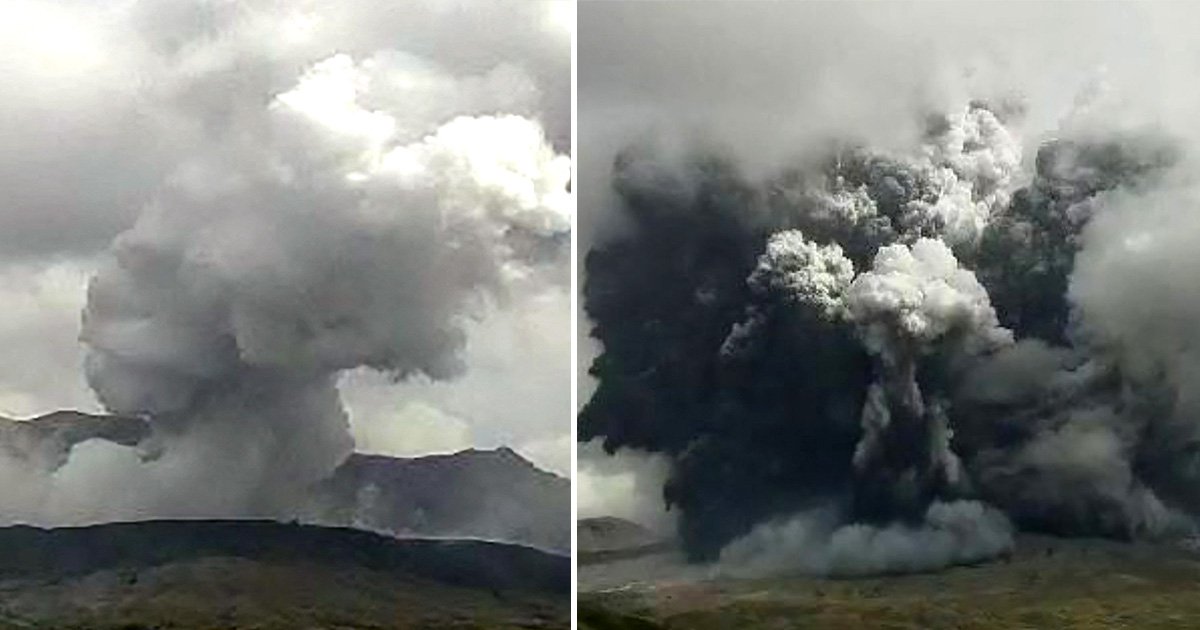 A volcano in southern Japan blasted ash into the sky during a dramatic eruption on Wednesday.

There were no immediate reports of anyone being hurt around the tourist destination of Mount Aso, but officials warned about the threat of lava flows and falling rocks.

Hikers rushed away from the column of ash, which could be seen for miles around and was captured on CCTV footage.

Japan Meteorological Agency’s raised the alert level for the volcano to 3 (on a scale of 5) and told people not to approach following the eruption at 11.43am local time.

It also warned of pyroclastic flows within a radius of about 0.6 miles from the mountain’s Nakadake crater.

The warning was issued for the city of Aso and two nearby towns in the north-central region of Kyushu, Japan’s third largest island.

The volcano is the most active in the country.

Local police said there were no reports of people injured or missing as of Wednesday evening local time, and that 16 people who had gone hiking on the mountain earlier on the day came back safely.

Ash from the 1,592-metre mountain were expected to shower nearby towns, the weather agency added.

There was a small eruption at Mount Aso in 2019, while Japan’s worst volcanic disaster in nearly 90 years killed 63 people on Mount Ontake in September 2014.

Yoshihiko Isozaki, the deputy chief cabinet secretary in the national government, said authorities were still collecting information on the eruption.

Get in touch with our news team by emailing us at [email protected].