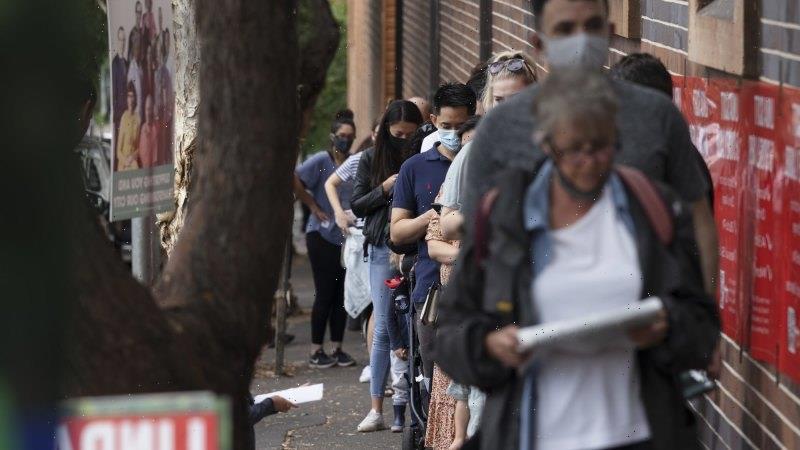 Residents in one of northern Sydney’s larger council areas have voted overwhelmingly in favour of directly electing their mayor instead of leaving it to councillors to decide.

Early counting from a referendum in Ryde on Saturday shows almost 76 per cent support the right to elect their mayor for a four-year term, which will increase the number of councillors by one to 13.

A popular vote for mayor at the next council elections will also help break a deadlock between progressive and conservative blocs on Ryde Council, which has seen a turnstile of mayors. Ryde has had nine mayors since 2009. 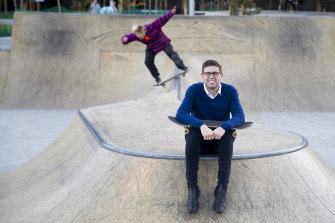 Incumbent Labor mayor Jerome Laxale said the early results from the binding referendum reflected the fact locals were sick of the deadlock between conservative and progressive blocs on council. “It has been like having a hung parliament in each election, which takes its toll,” he said.

Cr Laxale, who has been re-elected as a councillor, said people were wary of the six-all split between left and right on council, and the inevitable deals to select a mayor. “They just wanted a stable mayor in the job,” he said. 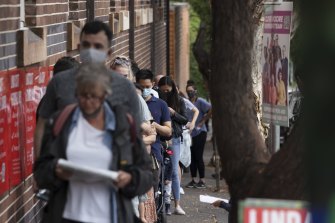 Voters wait to cast their ballots on Saturday in council elections across NSW.Credit:Brook Mitchell

But Liberal councillor Sarkis Yedelian, who has also been re-elected, said he was concerned that increasing the number of councillors to 13 due to the addition of a popularly elected mayor would be an expensive exercise for ratepayers.

“But the voters have said yes [in the referendum] and we have to adhere to it,” he said.

Voters in Wagga Wagga have been split on whether to directly elect their mayor for a four-year term, in a referendum which noted that doing so would “result in increased election costs each and every election”. About 53 per cent of voters opposed electing their mayor.

A mayoral vote was conducted in 35 of the 124 council elections at the weekend, which means elected councillors will decide who leads local bodies in most of NSW.

Early results from a popular vote for Liverpool mayor has the Liberal’s Ned Mannoun leading Labor’s Nathan Hagarty in the race to lead the south-west Sydney council, although the outcome remains too close to call.

In Fairfield, incumbent mayor Frank Carbone has trounced Labor’s George Barcha after gaining a near 24 per cent swing in the primary vote.

Cr Carbone gained a high profile during the COVID-19 lockdown, when Fairfield joined neighbouring local areas in becoming an “LGA of concern”.

The result of a poll asking Inner West residents whether they support a de-merger of their council and re-establishing Ashfield, Leichhardt and Marrickville local bodies is yet to be released. Even if it is supported by voters, a decision will rest with the state government. 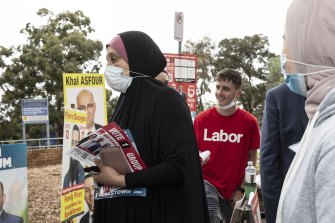 Voters at a polling station in Greenacre on Saturday.Credit:Jessica Hromas

The Electoral Commission will not start to declare any candidates in the elections until after a December 17 deadline for postal votes to be returned. Almost 291,00 people – more than 6 per cent of eligible voters in NSW – applied to make a postal vote.

It means voters are unlikely to know the final makeup of some councils until shortly before Christmas.

Those elected to council will serve a three-year term instead of the customary four-year stretch, and ratepayers will return to the polls in September 2024.