WALES is reportedly set for a second firebreak lockdown from December 28 as Covid cases continue to rise.

A source told LBC that Wales would go into a new lockdown just after Christmas. 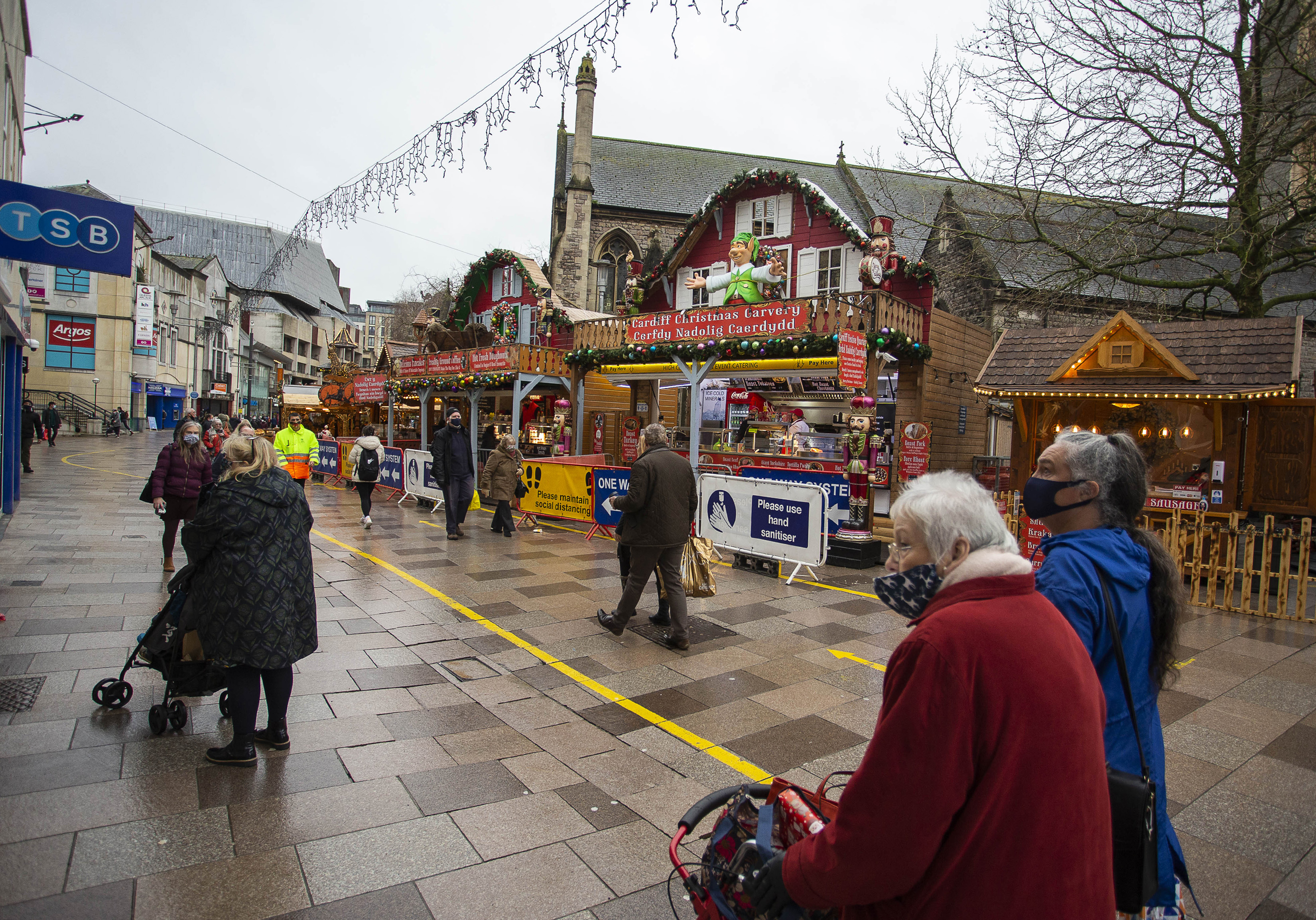 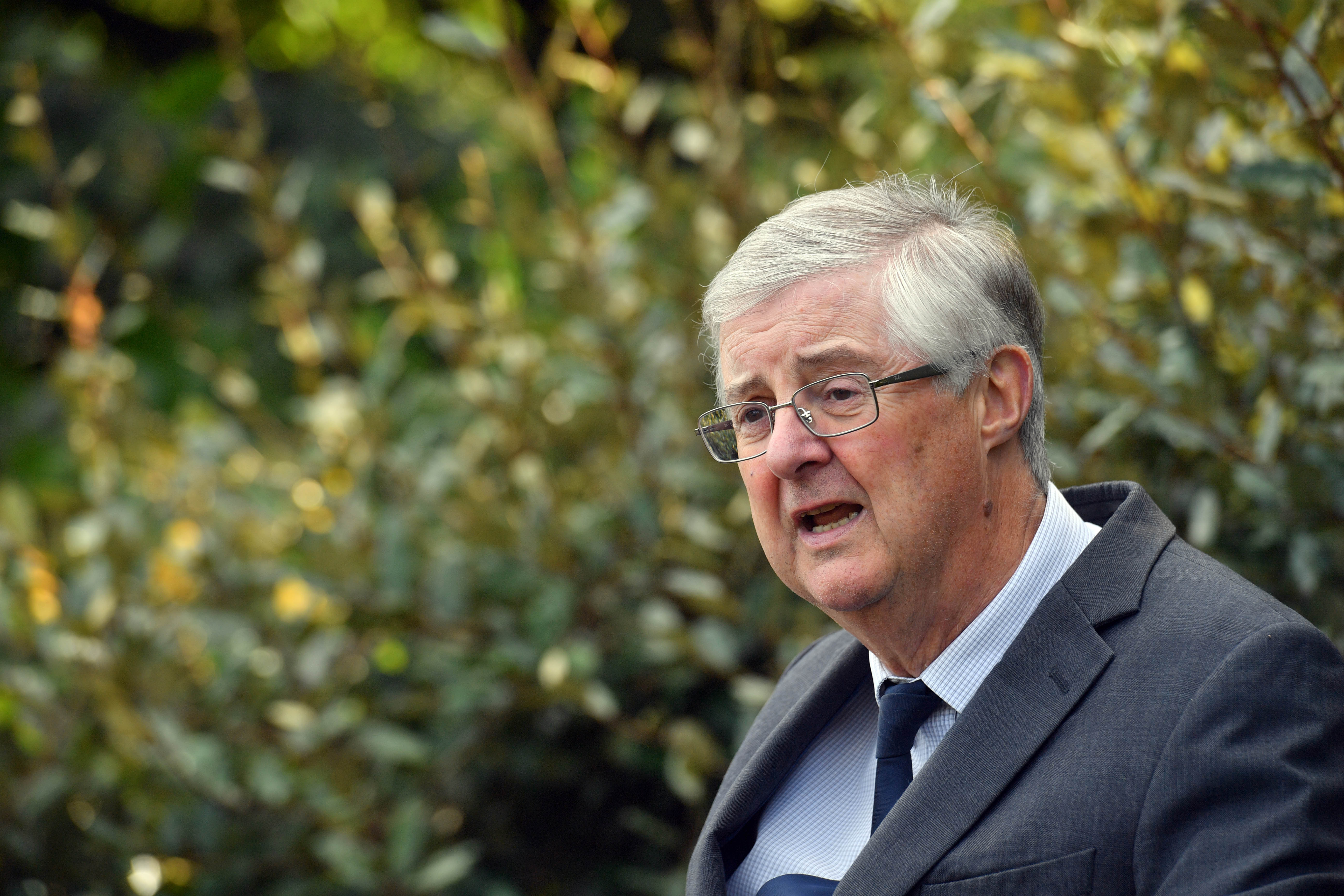 The country will also consider a four-tier system, that will be reviewed after three weeks.

No final decision has been made, the source said, and the Welsh Cabinet is meeting to discuss the proposed changes now.

People across the UK are set to have restrictions relaxed for five days over the festive season, but the Welsh Government's top scientists warned against celebrations between different households.

Meanwhile, secondary schools and colleges will close in Wales a week early from tomorrow to stop the Covid spread, it was announced today, and there were calls for London to follow suit.

Education minister Kirsty Williams warned that it was not "an early Christmas present" for kids and they should carry on their education as normally as possible.

Classes for pupils ages 11 and above will move to online learning from Monday as part of a national effort to crack down on coronavirus before Christmas.

A first 17-day firebreak lockdown in Wales – introduced in an attempt to halt a spike in coronavirus cases – ended on November 9.

The Welsh government has said that people who are going to see one another over Christmas should isolate for 10 days before hand – or risk infecting their loved ones.

People across the UK will be able to form "Christmas bubbles" of up to three households from December 23 to December 27.

But scientists from the Welsh Government's Technical Advisory Group (TAG) delivered a grim warning, saying Christmas dinners or lunches are "likely to lead to higher deaths and hospitalisations after Christmas".

They warned: "If people can avoid seeing others over the Christmas period, perhaps postponing celebrations until later next year or meeting remotely, then this is strongly advised.

"Pre-isolation may be a helpful consideration for families with children before visiting older relatives.

"Similarly, in occupations where there is a higher odds ratio of infection, pre-isolation before mixing with older adults may reduce the risk of transmission."

The "best way" to keep older family members safe is "not to expose them to potential infection", the scientists warned, saying it didn't matter how "well intended" the reason for contact was.

Wales is already under draconian restrictions, with pubs and restaurants required to close from 6pm, and a nationwide booze ban was also slapped on hospitality venues.

Off-licenses and supermarkets are still able to sell alcohol.

And the scientists recommended even more dreary rules, with a Tiered system similar to England which would close pubs and restaurants entirely in the areas with the worst infection rates.

First Minister Mark Drakeford ruled out any further toughening of the restrictions before Christmas, but warned further measures could be brought in afterwards.

Only one local authority in Wales has not shown a rising number of new cases, with some areas jumping to 500 Covid infections per 100,000.

Wales came out of a three-week "firebreak" lockdown on November 9, and fears are growing it could be thrown into another shutdown.

"The measures we take are simply proportionate to the scale of the difficulty we face and we have to act together, each one of us in our own lives, to do the right things that will bring the virus under control.

"Then we will have a path into next year that is different.

"In the meantime, nobody should underestimate the seriousness of the position we are facing in Wales." 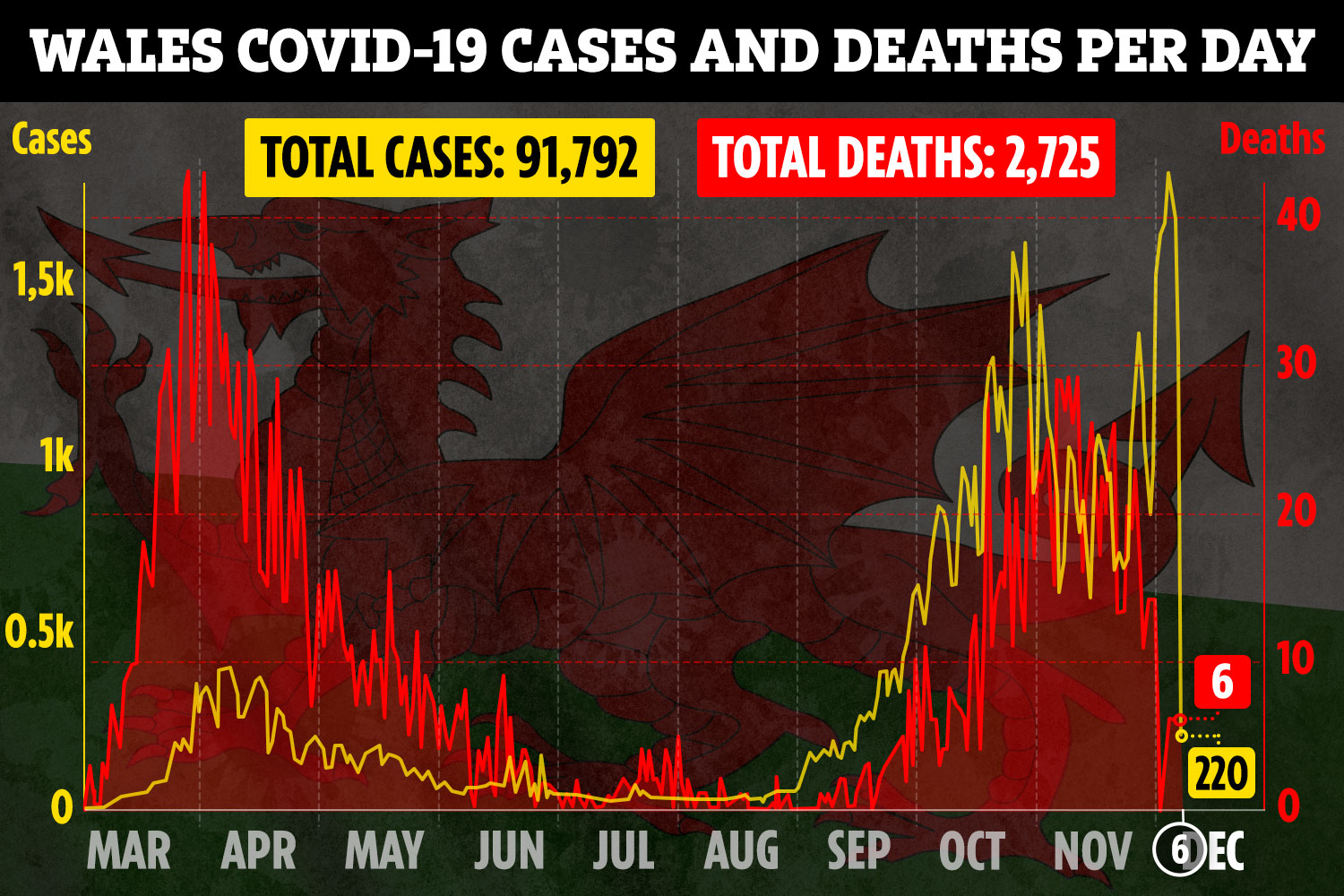