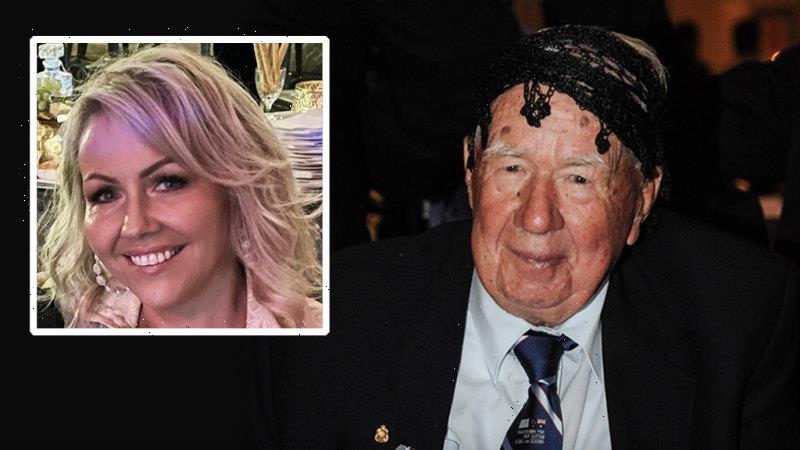 A decorated Anzac war veteran who tried to give away more than $1 million worth of property and cash to a Melbourne hairdresser in the months before his death did not have sufficient mental capacity to alter his will, the Supreme Court has found.

Norman William Maddock, OAM, died in June 2020 aged 97. He had suffered a series of falls and been diagnosed with a psychotic disorder, paranoid ideation, cognitive difficulties and low mood in the two years before his death. 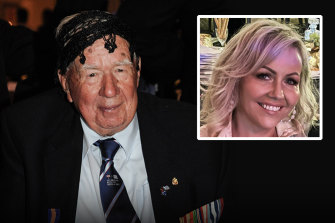 War veteran Norman Maddock and (inset) Marcia Reynolds, the woman who stood to benefit most from the changes to his will.

Judge Kate McMillan found Maddock’s solicitor should have been more suspicious about the woman who stood to gain from Maddock changing his will, Marcia Reynolds, and said the evidence before her suggested Reynolds was “pushing the outcome” of the elderly man gifting her his family home.

“The plaintiff [Reynolds] appeared to be heavily involved with the deceased in circumstances where the deceased was likely to be vulnerable or impressionable as a result of his circumstances and became dependant on her,” she found.

In the 15 months leading up to his death, Maddock changed his will three times. In the second of those changes, he had Marcia Bailey – now known as Marcia Reynolds – appointed sole executor of his will.

Those changes also reduced the amount of money Maddock left to his wife Shirley, who was in aged care suffering advanced dementia, and cut his adult children out of his will.

Reynolds, who owns a hairdressing salon in Black Rock, formerly worked as an in-home aged carer for Home Instead. She told The Age she had known Shirley and Norman Maddock for 20 years, but declined to comment further on the judgement.

Maddock signed up to fight in World War II in 1940, when he was 17. During his career he fought in Tobruk, and the Battle of Crete, where he was taken prisoner.

In a tribute to Maddock after his death in 2020, The Greek Herald told of Maddock serving in a special military division of the Australian Imperial Forces, which was “particularly noted for their service and sacrifice on the Island of Crete in 1941”.

“Norm was involved in a series of actions aimed at delaying the German advance, as well as in rearguard positions that enabled the successful withdrawal of thousands of allied troops,” the paper wrote. 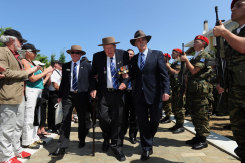 “Norm managed to reach the port of Kalamata in the southern Peloponnese and was evacuated on the Costa Rica. He fought in Georgioupolis, Chania and the Battle of 42nd Street. Norm was captured in Crete but escaped and reached the North African coast by sea.”

The Cretan Federation of Australia and New Zealand similarly paid tribute to Maddock after his death, issuing a statement saying he and his former comrades would forever be remembered for their service and sacrifice on Crete in 1941. He was the last surviving Victorian veteran of the Battle of Crete.

After the war, Maddock joined the Rail, Tram and Bus Union, serving as delegate, president and assistant secretary across 41 years. He was awarded an Order of Australia in 2007 for services to Victoria’s tramways.

Maddock told his solicitor, Tony Naughton of Moreley Naughton Pearn and Cook, he considered Reynolds to be like a daughter.

Naughton gave evidence to the Supreme Court that Maddock was a “difficult and troubled man”, and that he repeatedly warned his client that his intended changes to his will could be challenged by his wife Shirley – who was in aged care suffering dementia – and his adult children.

“Mr Naughton described the deceased as a very tenacious person who became angry if he did not get his own way,” Justice McMillan found.

While Naughton determined Maddock had the “testamentary” or mental capacity to change his will, he judge found the solicitor failed to adequately address the reasons for drawing that conclusion. 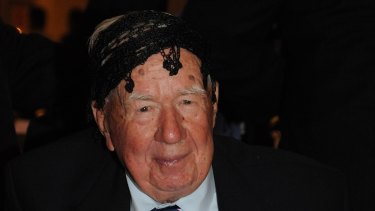 “Nor did [Naughton] obtain any information concerning [Norman Maddock’s] significant health issues given that he was aware of the deceased’s age and strong personality, the financial position of [Mrs Maddock] and the deceased’s heavy recent reliance on [Marcia Reynolds],” Justice McMillan reported.

A year later, Maddock had Naughton change his will again; this time appointing Reynolds as sole executor, bequeathing her $75,000 and cutting the amount left to his wife from $600,000 to $300,000. Naughton and Reynolds witnessed Maddock signing the new will.

Three months later, in January 2020, Maddock changed his will yet again. This time, he also left the Bentleigh East family home to Reynolds, valued between $1 million and $1.2 million, and added a clause stating Shirley Maddock – who died in May this year – had “advanced dementia and [had] very ample and sufficient monies for her needs”.

Shirley Maddock, through her administrator Australian Unity Trustees Limited, and the couple’s two children, filed challenges to the will changes in December 2020, while Marcia Reynolds sought a grant of probate to the final will.

This week, Justice McMillan dismissed Reynolds’ application for probate, finding Norman Maddock did not have the mental capacity to make the third and final changes to his will in January 2020. The parties have until next month to make submissions on costs.

Tony Naughton did not return calls.