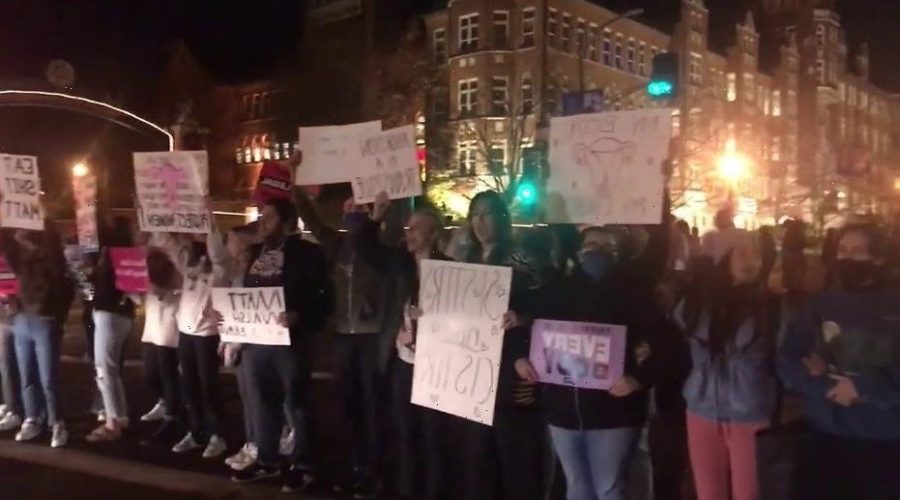 The event took place at The Coronado hotel, which is just outside Saint Louis University, where protesters blocked off the intersection of Lindell Blvd. and N Spring Ave. in St. Louis.

As protesters blocked the intersection, vehicles could be seen turning around. 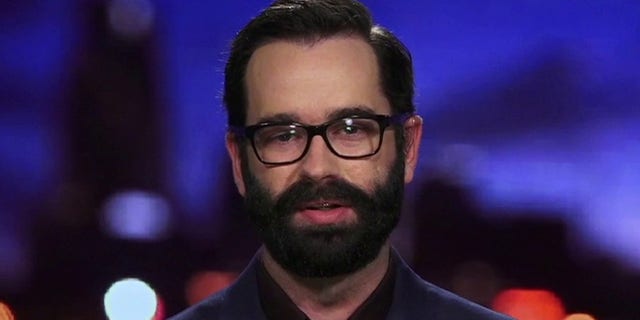 A student-led group not affiliated with the university, “B!llikens For Reproductive Justice,” organized the protest and asked others to meet at the Saint Louis University Clock Tower at 6 p.m., and then walk to Lindell Blvd., where the protest took place.

Afterwards, the groups both returned to the clock tower and heard from Planned Parenthood speakers, according to an Instagram post.

The protest was organized “to demonstrate that Matt Walsh and the bigotry he represents are not welcome on this campus,” according to a separate post.

A spokesperson for the Young America’s Foundation told Fox News that they were “disappointed” the protesters did not want to engage in a conversation with Matt Walsh. 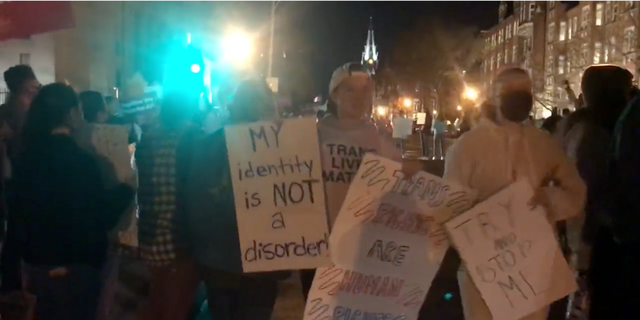 Protesters outside of the venue of a Matt Walsh event in St. Louis.

“We were disappointed the protesters didn’t want to engage in a real conversation with Matt and YAF, instead they hurled insults and screamed silly slogans. True intellectual debate is a cornerstone of college campuses, and YAF is proud to be the organization bringing these important speakers to vital campuses,” Kara Zupkus said.

Nick Baker, the president of the Saint Louis University College Republicans chapter, told Fox News that blocking an intersection was not a good way for the protesters to share their point of view.

“It is a disruption to the community and we believe that a better way of expressing their views would have been to come to their event and engage in conversation with the speaker,” Baker said.

A spokesperson for one of the groups who promoted the protest, “SLU Sluts,” told Fox News that they helped with the event because Matt Walsh came with the intention to “shame, belittle, and degrade students for living their adult lives.”

“I supported this protest because I felt like it showed solidarity to the people that Matt was working so desperately to disrespect. They deserve security and confidence in the school they go to, just like anyone else,” the spokesperson said. 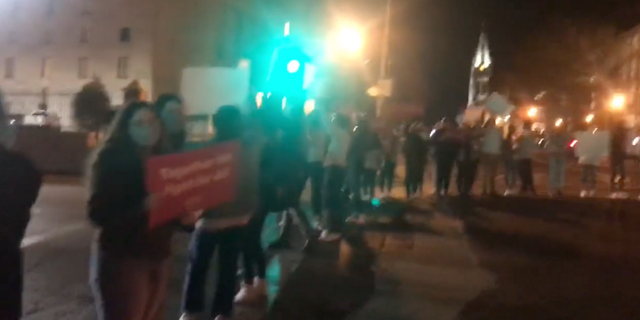 Initially, the event was set to be held at the St. Francis Xavier College Church, but the church explained its decision to not allow the group to host the event at the venue in a Facebook post Tuesday night.

“St. Francis Xavier College Church has cancelled the speaking event with Matt Walsh, which was scheduled to take place in our ballroom on December 1. Having reviewed many of his public statements, we find them to be in opposition to the teachings of the Catholic Church,” the church said. “His provocative positions on immigration, on communities of color, on Muslims, and on members of the LGBTQ community seemed designed to stir anger and resentment, rather than encourage thoughtful dialogue.”

02/12/2021 World News Comments Off on WATCH: Protesters block street outside of Matt Walsh's speech in near Saint Louis University
Lifestyle