Jones discussed the tragic death by writing an essay for the Player’s Tribune and addressed it to his children, saying he considered “leaving the country” with them and his wife. 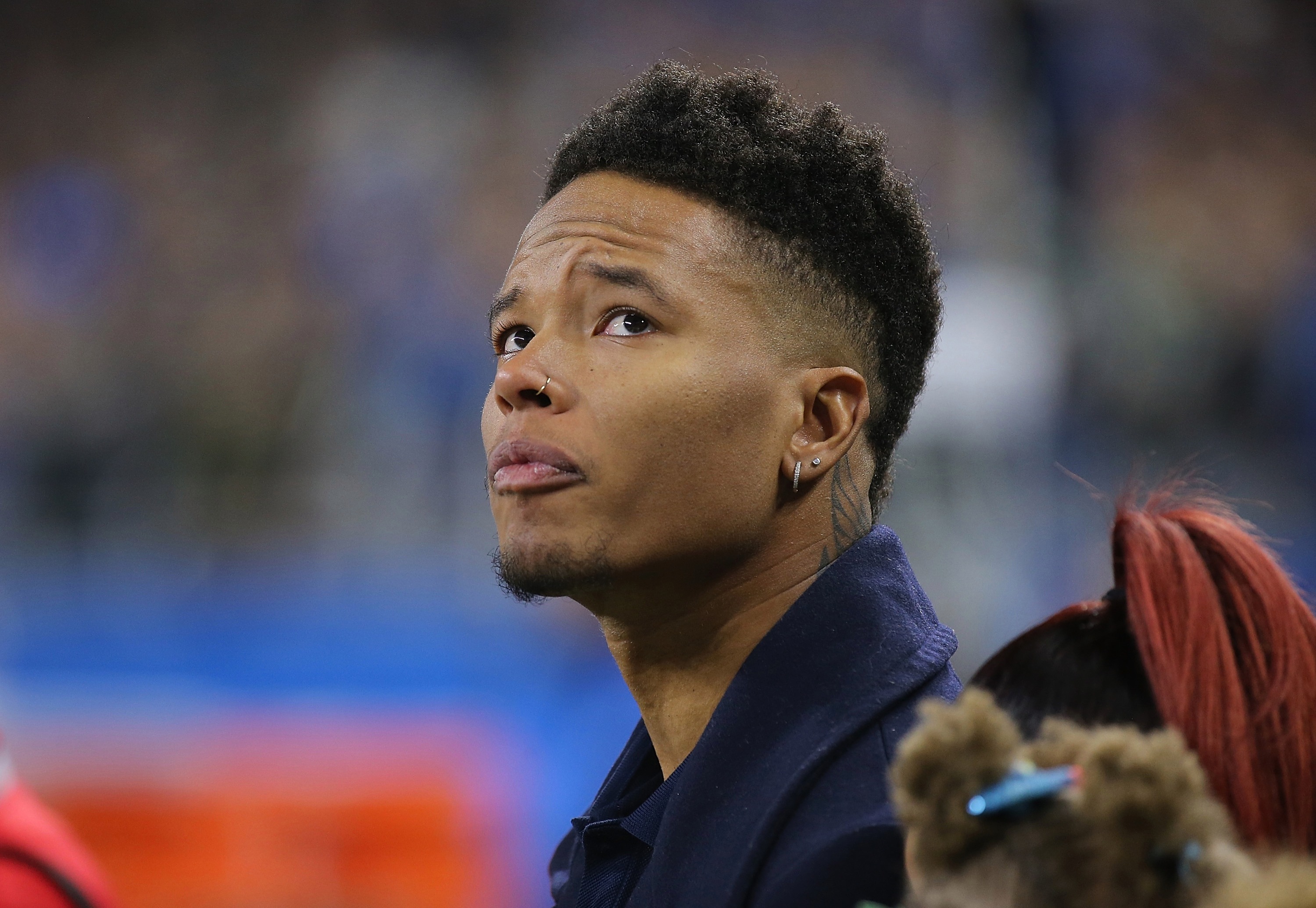 What happened to Marvin Jones’ son?

While he did not reveal the cause of death, Jones shared a tribute to his baby on Instagram a day after the tragic loss writing:  “It is hard to believe that our little angel, our fighter from day one, our son ‘Marlito’ has unfortunately passed away and is no longer here with us,” 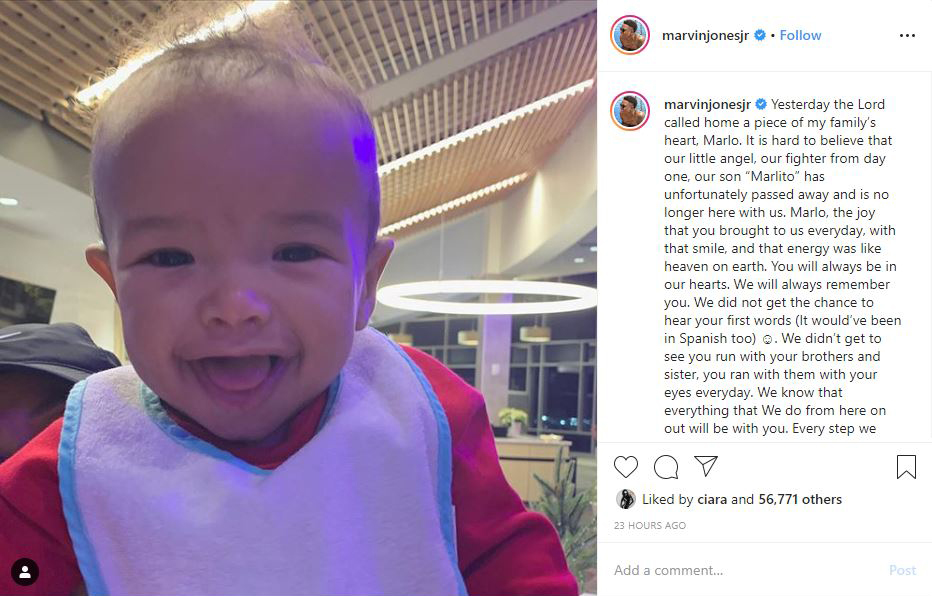 “Marlo, the joy that you brought to us everyday, with that smile, and that energy was like heaven on earth.

The Detroit Lions honored baby Marlo at a game just a few days after his death and Jones attended with his whole family wearing jerseys with his baby’s name on the back.

Just days before Marlo’s death, Jones had shared a family Christmas video in light of the holiday spirit. 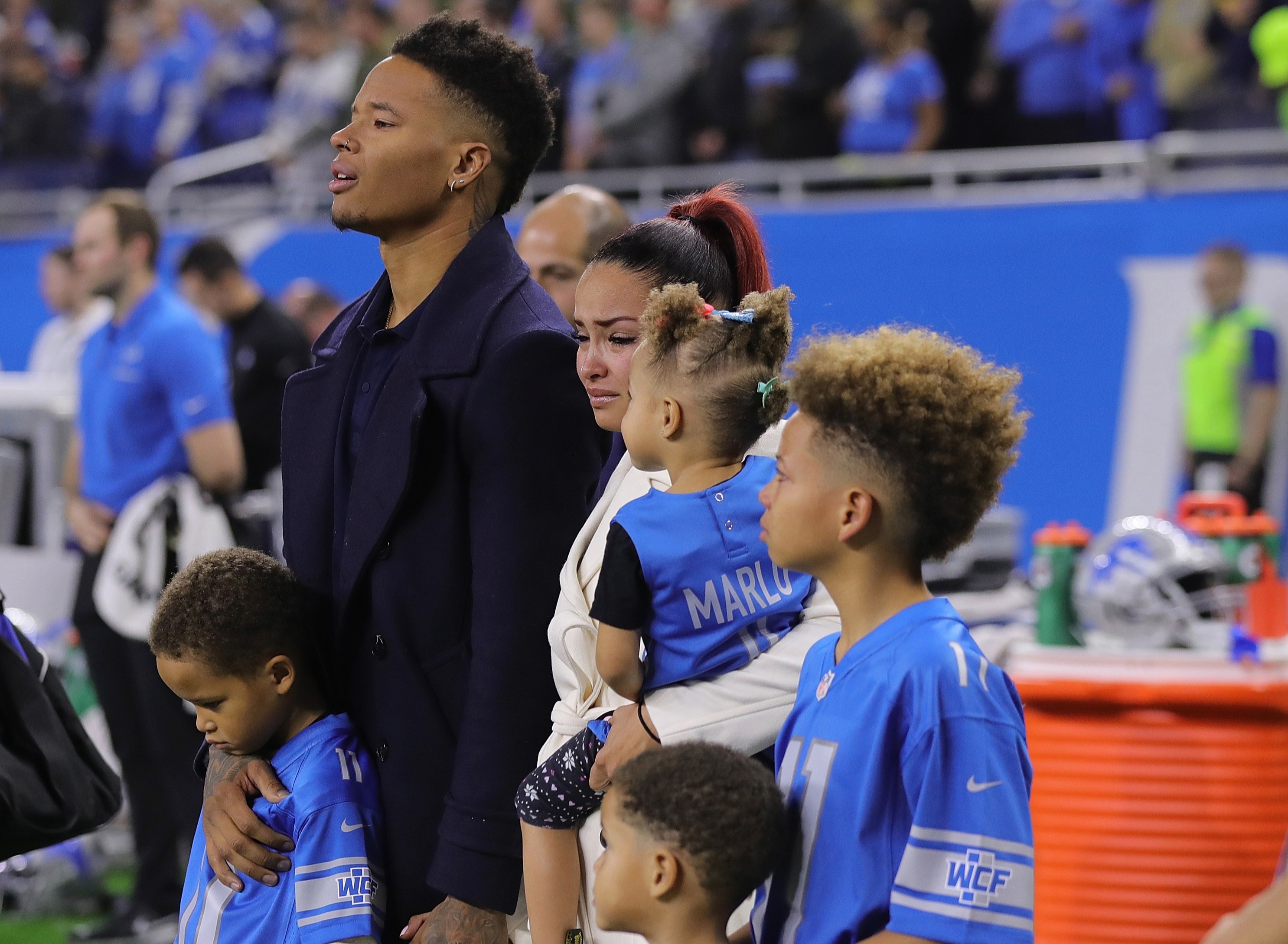 What did the letter he write say?

Jones penned a letter to his children and confessed that he considered “hunkering down” after the loss of Marlo just to get away from everyone.

“Leave the country. Move to Spain. Hunker down. Just us and Mommy. That sort of thing. Never talk to anyone ever again, never have to face anyone or discuss anything, just shield us all from the entire outside world. You know what I mean?” he wrote. 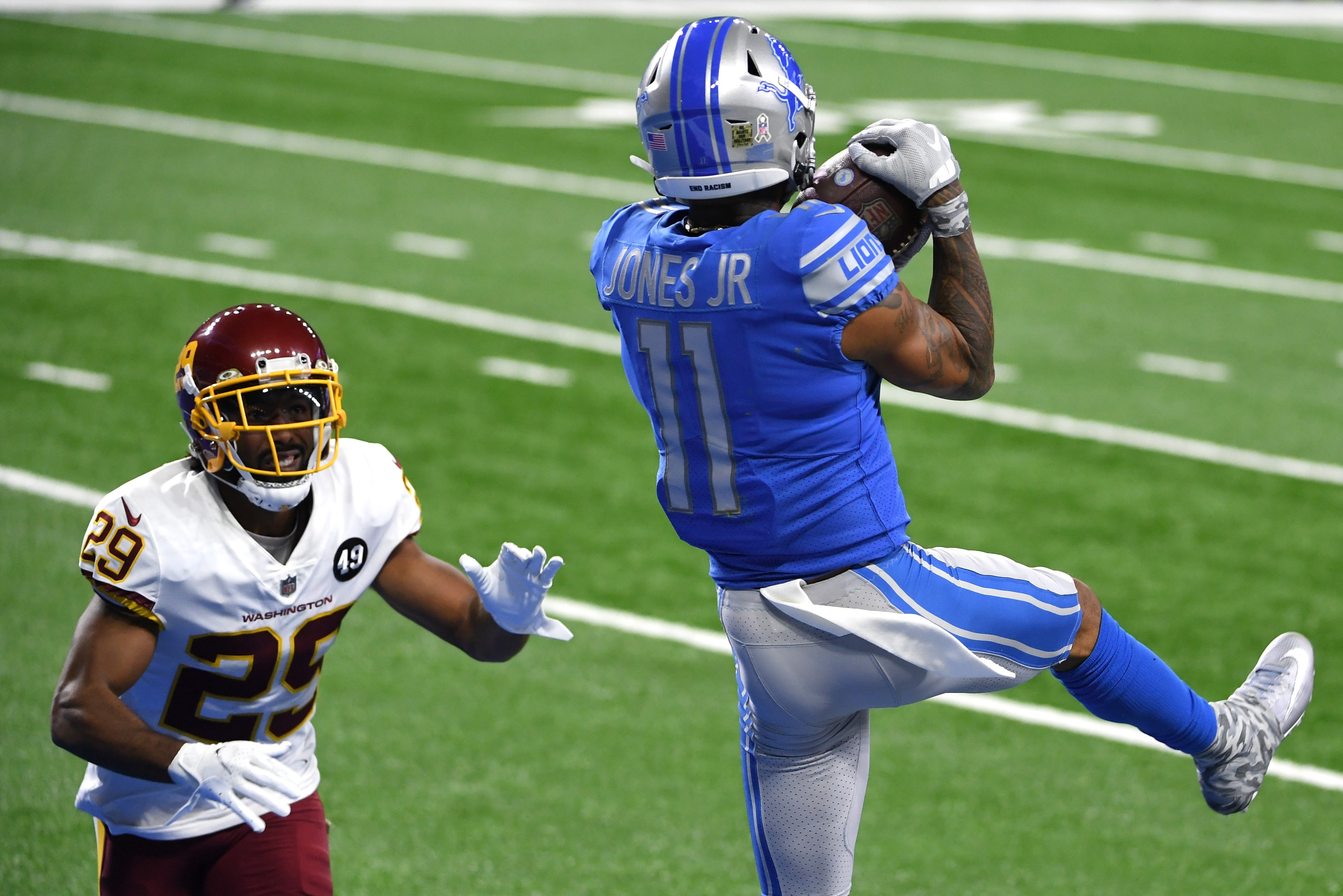 He also thanked fellow players like Matthew Stafford, Danny Amendola, and Kenny Golladay who showed up to support him and his family through the tough time.

Jones wrote: “I went from wanting to be closed off and isolated from pretty much everyone to realizing beyond a shadow of a doubt that our family needed all the love and support we could get,” he wrote.

“So after those first few visits, our door was wide open. You guys remember it. Everyone in the family flew up to Michigan. Your grandparents, aunts and uncles on both sides. Auntie Leslie even flew in from China." 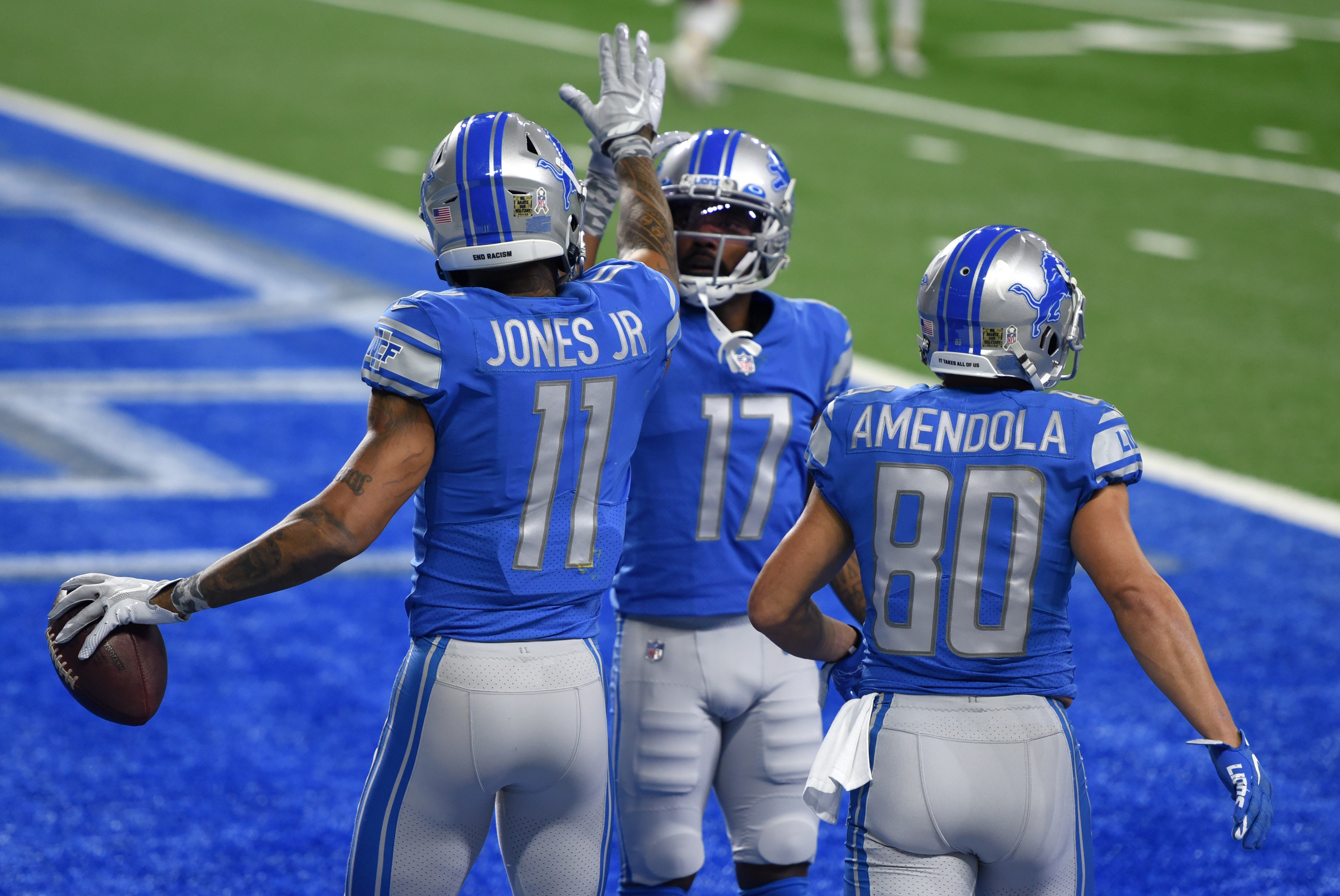 Adding: “Everyone rallied around us.”

The wide receiver is still dealing with the loss and using other people’s similar narratives to cope with losing Marlo.

“I think what gives me strength is you find out that there’s a lot of stories of people that obviously stuff like that has happened to them, losing a family member,” Jones said,

“And that was obviously the first time that’s happened to me on a level of that magnitude. “… I don’t think you can ever really fully cope with it."

He continued: “I have my days, but at the same time there are thousands and thousands of people who reached out to me about their experiences and stuff like that.”

At the very end of the letter, Jones revealed that his wife was expecting another baby due in February.