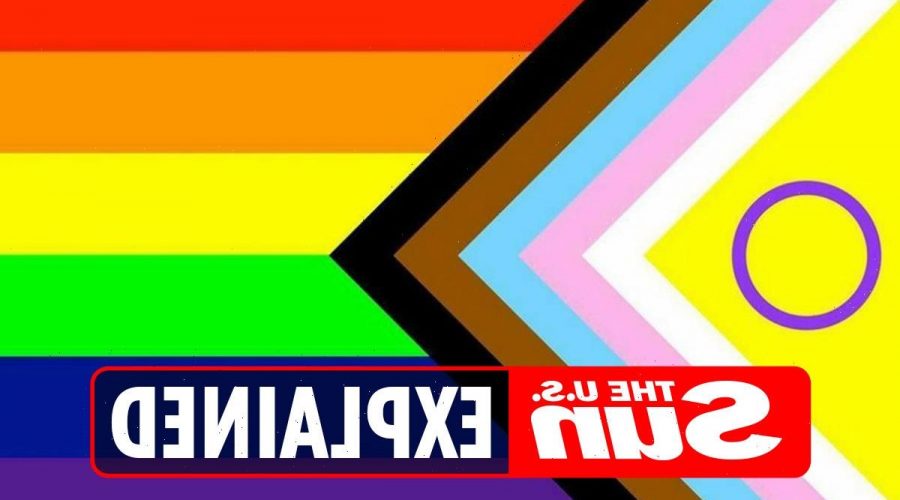 PRIDE month takes place every June, and the usual Pride flag for LGBTQIA+ has been upgraded this year.

The new Pride flag was designed by Valentino Vecchietti, of Intersex Equality Rights UK, according to Pink News. It includes a new yellow triangle and purple circle to better represent the intersex community. 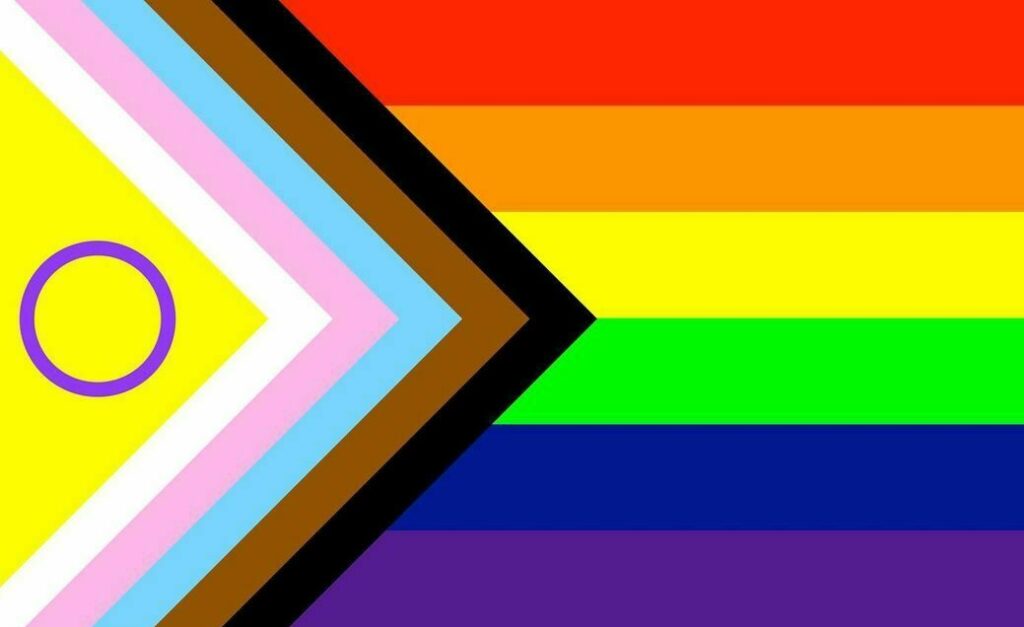 What is the new Pride flag?

A yellow triangle with a purple circle in it has been added to the new pride flag to represent intersex people, their community, and their rights.

The classic Pride flag was a rainbow and was designed by Gilbert Baker in 1977.

According to Pink News, the colors of the traditional flag each had a meaning. Pink is for sex, red for life, orange for healing, yellow for sun, green for nature, turquoise for magic, blue for serenity, and finally, purple for spirit. 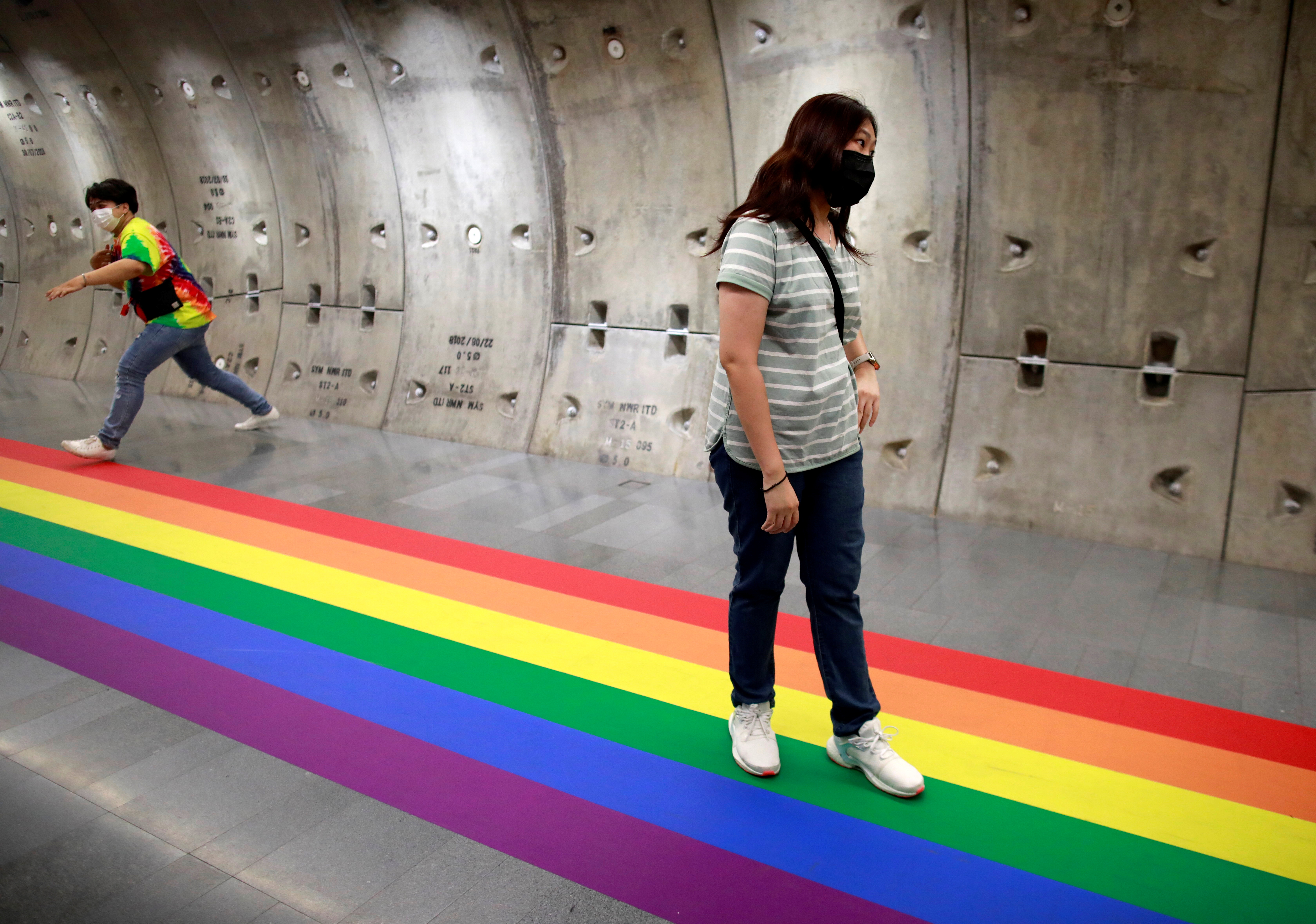 “I like to think of those elements as in every person, everyone shares that,” he once said to ABC7 news.

“Flags say something. You put a rainbow flag on your windshield and you’re saying something.”

The new Pride flag adds the triangle and circle in it to the left side of the flag.

What are the other versions of the Pride flag? 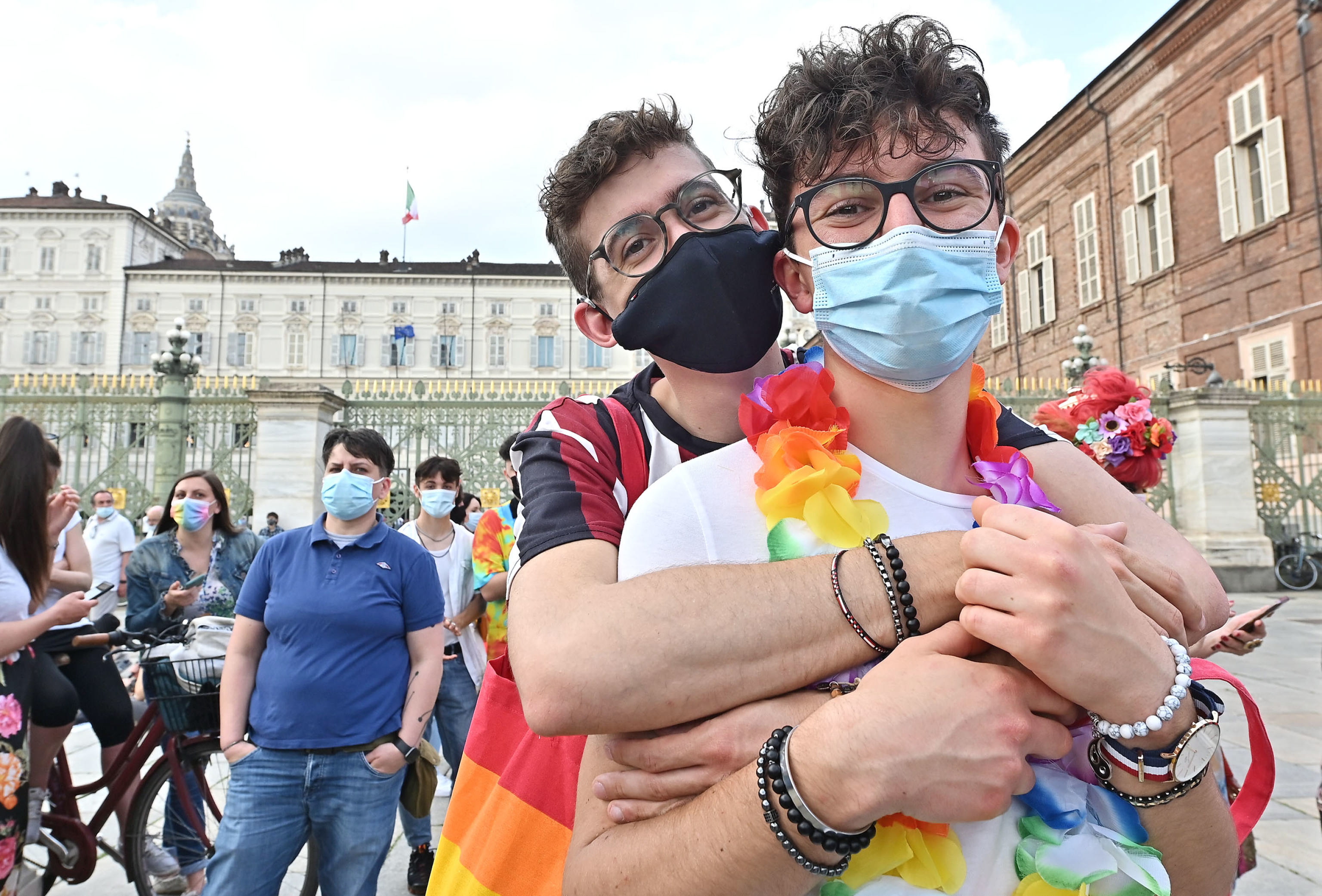 The Pride flag has had a few other upgrades in recent years.

In 2017, a group called More Color More Pride added two extra stripes of black and brown to the flag to better represent people of color who are part of the community.

Then, in 2018, graphic designer Daniel Quasar has added a five-colored chevron to the flag, according to Dezeen.

“The flag includes black and brown stripes to represent marginalized LGBT communities of color, along with the colors pink, light blue, and white, which are used on the Transgender Pride Flag,” the outlet noted.

That’s the version that the new flag seems to be based on. The yellow triangle and purple circle are nested into that chevron on the side of the flag. 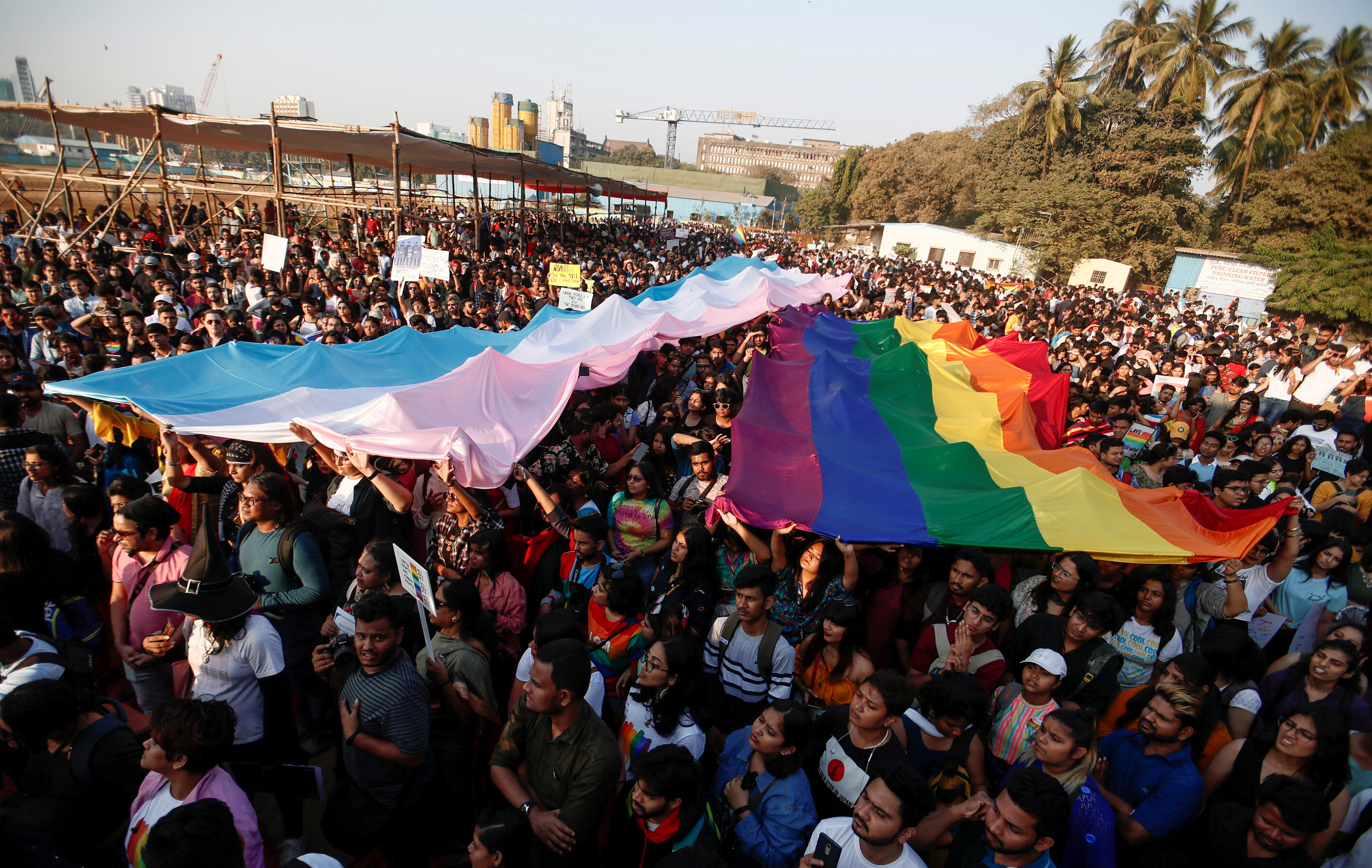 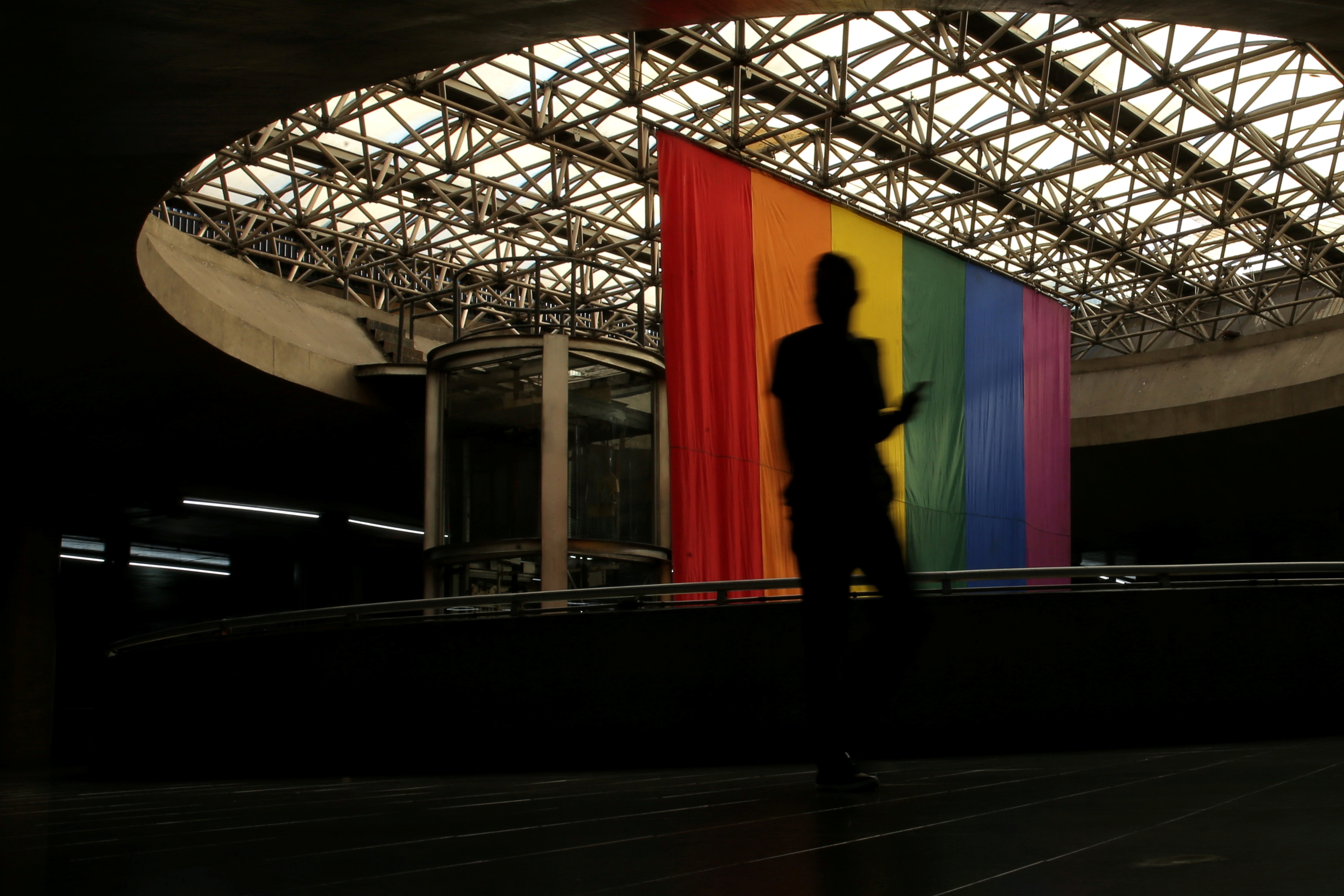 Intersex means a person who is born with variations in sex characteristics, according to Pink News.

This can include “chromosomes, gonads, sex hormones, or genitals that don’t fit the typical ‘male’ or ‘female’ definitions."

Are there other Pride flags?

There are Pride flags for many identities that are under the LGBTQIA+ umbrella.

Michelle Visage of RuPaul’s Drag Race fame recently shared several Pride flags on her Instagram account to educate followers on the many different flags that represent different parts of the LGBTQIA+ community.