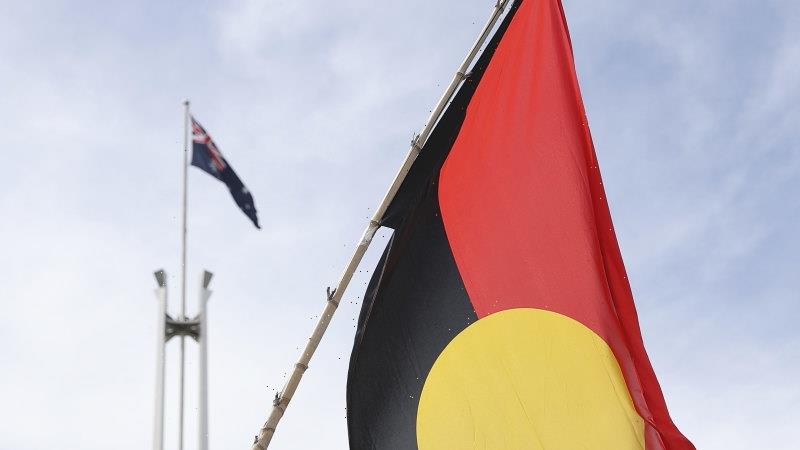 This week marks 30 years since findings were handed down in the Royal Commission into Aboriginal Deaths in Custody. Around the country, tens of thousands of people have taken to the streets to protest a lack of change over those three decades. In that time, at least another 455 Indigenous people have died in custody. 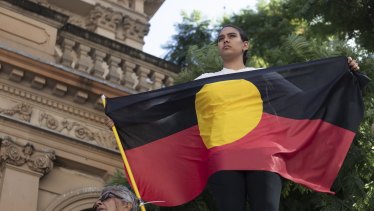 A protestor holds an Aboriginal Flag at a rally in Sydney to mark 30 years since the Royal Commission.Credit:Brook Mitchell

So what was the royal commission? What did it recommend? How many of those changes have been implemented? And what is the situation now?

What was the royal commission?

Established in 1987 in response to a public outcry, the royal commission examined the cases of 88 men and 11 women who died in custody between January 1980 and May 1989. The youngest was aged 14.

It found the causes of death were “extremely varied” and there was no common thread of abuse, neglect or racism, however “their Aboriginality played a significant and in most cases dominant role in their being in custody and dying in custody”.

Aboriginal people were not more likely than others to die in custody, the report found, but were “grossly over-represented in custody”. One “significant” factor contributing to this over-representation was found to be social, economic and cultural inequality. 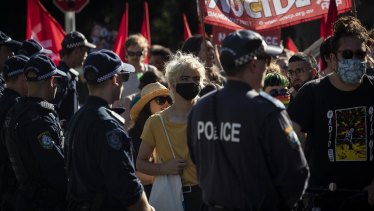 Police watch on at the deaths in custody rally on Saturday.Credit:Brook Mitchell

The royal commission examined the immediate circumstances of the deaths, but also the history of Indigenous dispossession since British arrival, the role of police, the disproportionate rates at which Indigenous people are placed into custody, and cultural factors including media representation.

The Commission delivered an interim report in December 1988, then a final report on April 15, 1991.

What did it recommend?

The report made 339 recommendations for state and federal authorities, including 35 relating to the investigation and notification of deaths, 13 recommending diversion from police custody, 30 on imprisonment as a last resort, and 36 on custodial health and safety.

The recommendations ranged from strategies for directly preventing death (including examining cells to ensure there are no hanging points), to more structural improvements relating to health, education, economic opportunities, housing, land needs and reconciliation.

Some of the recommendations included:

Its final recommendation, number 339, was for political leaders to recognise that “reconciliation between the Aboriginal and non-Aboriginal communities in Australia must be achieved if community division, discord and injustice to Aboriginal people are to be avoided”. 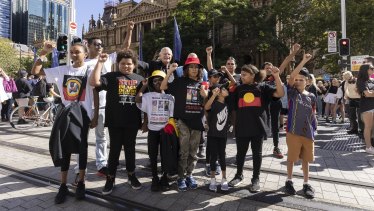 Young people show their support at the rally against deaths in custody.Credit:Brook Mitchell

How many of those changes have been implemented?

Despite $400 million being pledged by the Commonwealth government in 1992 (including $65 million for criminal justice), there are still many recommendations that have not been implemented.

In December 2017, public drunkenness remained a crime in Victoria despite the recommendation to abolish it. Yorta Yorta woman Tanya Day was arrested after she was found asleep on a train and taken into custody, where she fell and hit her head in a police cell. Her injuries were not detected for hours and she later died in hospital. A bill to decriminalise public drunkenness in the state, passed in February this year, will come into effect in 2022.

A NSW coroner found last year that the recommendation on addressing “obvious hanging points” in cells also remains unresolved. Thirty of the 99 deaths examined by the royal commission were deaths by hanging, including a 19-year-old man who died in an Adelaide prison in July 1987 in a protest that went wrong. 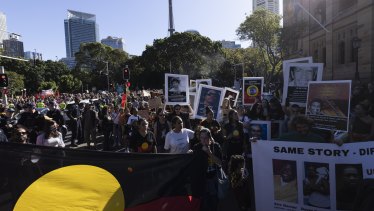 Demonstrators hold placards showing the faces of those who have died in custody.Credit:Brook Mitchell

In September 2017, 30 years and two months after this young man’s death, a piece of plumbing pipe remained exposed in one of the cells at Tamworth Correctional Centre. Tane Chatfield, a 22-year-old Gamilaraay, Gumbaynggirr and Wakka Wakka man, used the “obvious hanging point” to take his own life.

The inquest into Mr Chatfield’s death was told it is “very challenging” for corrective services to remove all hanging points, particularly in old, heritage-listed facilities. Deputy State Coroner Harriet Grahame described this in her findings as “unacceptable” 30 years on from the royal commission.

Speaking in the Senate in June last year, Labor senator Patrick Dodson – who was involved in the royal commission – said the past 30 years have not addressed the underlying issues that give rise to this “awful blight”.

“For too long, nice words, good intentions but the lack of action and commitment have not seen a reduction to the custodies or the deaths in custody,” he said. “It diminishes us as a nation, because we are incapable of dealing with it.”

What is the situation now?

Since the royal commission, at least 455 Indigenous people have lost their lives in custody, according to the latest-available statistics from the National Deaths in Custody Program. Of these, 295 deaths related to prison and 156 related to police.

Reporting by The Guardian puts the figure at 474 deaths since 1991. The National Deaths in Custody Program is expected to release its next report later this year, after the data is examined and reviewed.

High-profile deaths since the royal commission include David Dungay, 26, who was held down while saying “I can’t breathe”, Ms Dhu, 22, who died in a police cell after she did not pay parking fines, and Nathan Reynolds, 36, who died from an asthma attack in prison after an “inadequate” emergency response.

The situation has once again risen to public prominence after five deaths in custody were reported over the space of several weeks in March this year.

The majority of deaths are due to natural causes (including cancer, heart disease and respiratory issues) followed by hanging, drugs and alcohol, and external trauma. In one of the most recent deaths in custody, a 37-year-old man died in a police pursuit in March.

A death is considered a death in custody if it involves a prison (including being taken to hospital from prison) or the police. Police custody includes police cells and vehicles, as well as police operations (including a raid, shooting or siege), a police pursuit, or self-inflicted death in the presence of police. 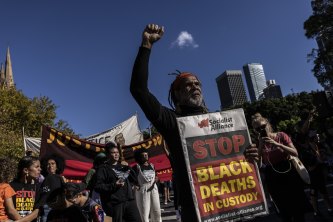 Demonstrators call for an end to black deaths in custody on Saturday.Credit:Brook Mitchell

In a statement to the Herald and The Age, NSW Coroner Teresa O’Sullivan said the issue of deaths in custody could not be separated from “the over-representation of First Nations people within the criminal justice system, nor can we separate it from the colonial history of this nation”.

What are the next steps?

Across the country, there have been calls for concrete action to be taken to address the continuing issue of deaths in custody.

The families of 15 people who died in custody have joined together to demand action from politicians. Among their demands is the implementation of all of the recommendations from the royal commission, and raising the age of criminal responsibility from 10 to 14. 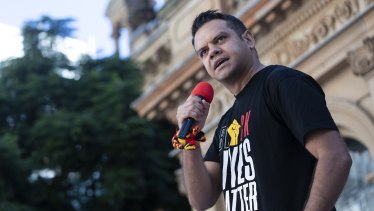 Actor Meyne Wyatt speaks at a rally on Saturday to mark 30 years since the Royal Commission.Credit:Brook Mitchell

“In honour of the legacy of our loved ones who have died, we call on governments to sit down with us in transparent, open and honest conversations about solutions and proactive measures to effectively eradicate Black deaths in custody for future generations,” the families said in a statement.

“We call on governments to listen to us and work with us to action our demands, so that no other family has to experience the injustice of living without their loved ones. Our communities have had the solutions to end this injustice for 30 years but Governments have chosen not to prioritise saving Black lives. Enough is enough.”

In NSW, a parliamentary committee examining the “unacceptably high” level of Indigenous people in custody is due to deliver its findings by April 15, 30 years to the day since the royal commission report.

At a rally in Sydney on Saturday, actor Meyne Wyatt told a crowd of thousands of people that deaths in custody make him “angry”, but “we have been saying this time and time again but nothing f—ing happens”.

“I am sick and tired of being a problem in this country,” Mr Wyatt said. “I am not an animal; I am not a problem.”

He ended his speech by starting a chant: “Always was, always will be, Aboriginal land”.

11/04/2021 World News Comments Off on What was the Royal Commission into Aboriginal Deaths in Custody?
Lifestyle