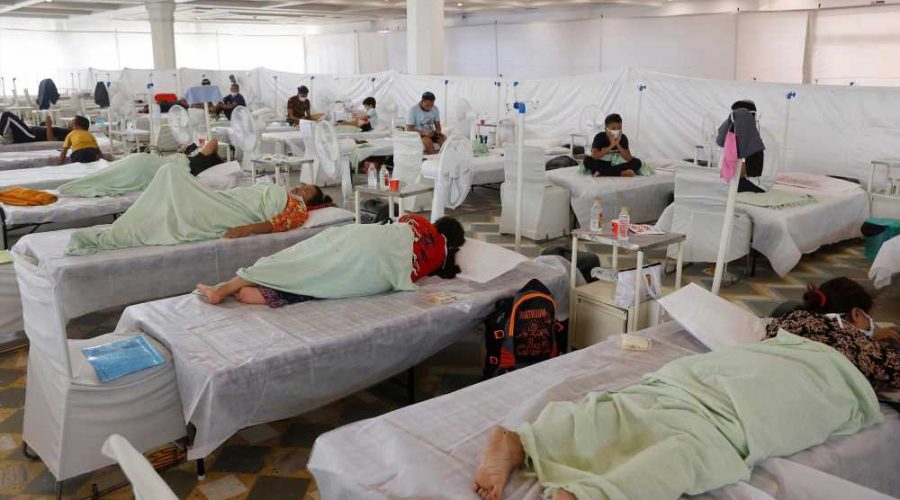 COVID-19 vaccine restores a Brazilian city to near normal

Concern is growing over a COVID-19 variant that has been spreading rapidly around the world.

First identified in India in October, the mutation — dubbed “Delta” — has now hit at least 62 nations, according to the World Health Organization.

“We continue to observe significantly increased transmissibility and a growing number of countries reporting outbreaks associated with this variant,” the UN agency said this week.

The strain — which appears to be more contagious than the original SARS-CoV-2 virus — has also been spreading at a rapid rate in the US, making up 7 percent of new cases, recent data shows.

Here’s what we know so far about the variant:

How concerning is the variant?

The WHO has classified the strain as a “variant of concern” — meaning there’s some evidence it can spread more easily between people, could possibly cause more serious illness, or might be less responsive to existing treatments and vaccines.

It is the fourth COVID-19 variant to be designated by WHO as being of global concern, the others being strains first detected in Britain, South Africa and Brazil.

The troubling mutation has been blamed for India’s devastating coronavirus outbreak in recent months. It has also been tearing through the UK, accounting for 75 percent of new cases in the country as of last week.

The number of new infections in China tied to the variant has also been surging, prompting Beijing on Tuesday to impose strict travel restrictions in the city of Guangzhou.

“We need more sequencing, targeted sequencing to be done and to be shared in India and elsewhere so that we know how much of this virus is circulating,” she said.

Is the variant in the US? Which states have reported cases?

Yes. The variant appears to have first been reported in the US between late February and late March.

The US Centers for Disease Control and Prevention designated the strain as a “variant of interest” in early May.

It made up only 1 percent of new cases stateside at the start of May, but now accounts for about 7 percent, according to a report from Outbreak.info.

At least 46 states have found cases of the strain, including New York, California and Massachusetts.

To limit spread of the variant, the US has suspended most travel from India.

How contagious is the variant?

Experts in the UK believe this variant could be as much as 50 percent more transmissible than the highly-contagious Alpha strain first reported in Britain in December.

If that’s correct, the Delta variant would be 225 percent more transmissible than the original SARS-CoV-2 strains, according to NPR.

The WHO has stressed that while there is some information that would suggest “increased transmissibility,” more tracking and analysis of the variant is needed.

Do vaccines work against this variant?

Scientists believe that existing vaccines will be able to thwart this variant, but are still waiting for definitive answers.

Dr. Anthony Fauci, the leading infectious diseases specialist in the US, said last month that the Moderna and Pfizer-BioNTech shots are “at least partially and probably” effective against the Delta strain.

Experts are still gathering more information about whether the AstraZeneca and Johnson & Johnson vaccines would also protect against the variant.