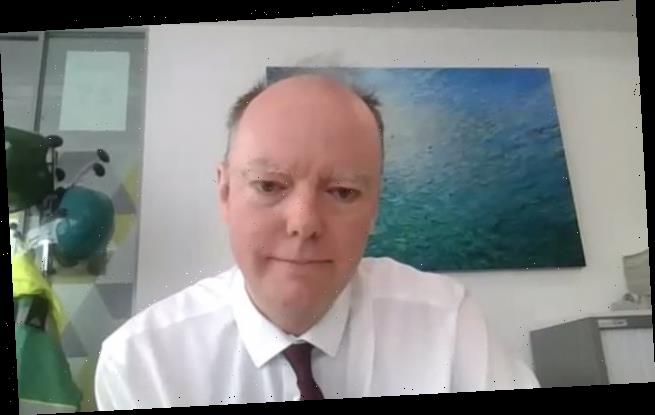 Britain will be vulnerable to coronavirus for another two years but the illness should become as manageable as flu in the future, Chris Whitty claimed today.

England’s chief medical officer said vaccine manufacturers were still struggling to get basic supplies distributed around the world and were not yet fully equipped to deal with new variants.

He warned it was ‘absolutely certain’ a Covid strain will emerge that will be able to escape the current crop of jabs, which could undermine the UK’s immunisation programme if it is allowed to spread unchallenged.

Professor Whitty said Britain will need to remain ‘cautious for the next year or two’, when more vaccines have been approved and companies have the infrastructure to tweak their jabs to target new variants at speed.

He told a Royal Society of Medicine conference today: ‘Technology will find its way through this in the long run. But there is a period of risk between now and then.’

Asked about whether shutting Britain’s borders was enough to keep out troubling variants, Professor Whitty said it is not a ‘realistic starting point’ to think any policy could completely shut them out.

‘We have to accept that the idea that you can stop any variants coming into the UK at all is not a realistic starting point — but what you can do is you can slow it down,’ he added.

‘Anybody who believes that they can actually just put up some border policy or some overall policy that stops the possibility [of variants] completely is misunderstanding the problem completely.’

Looking ahead, Professor Whitty said Covid should end up being as manageable as influenza in the future, with the disease remaining squashed most of the year and only rearing its head in winter. 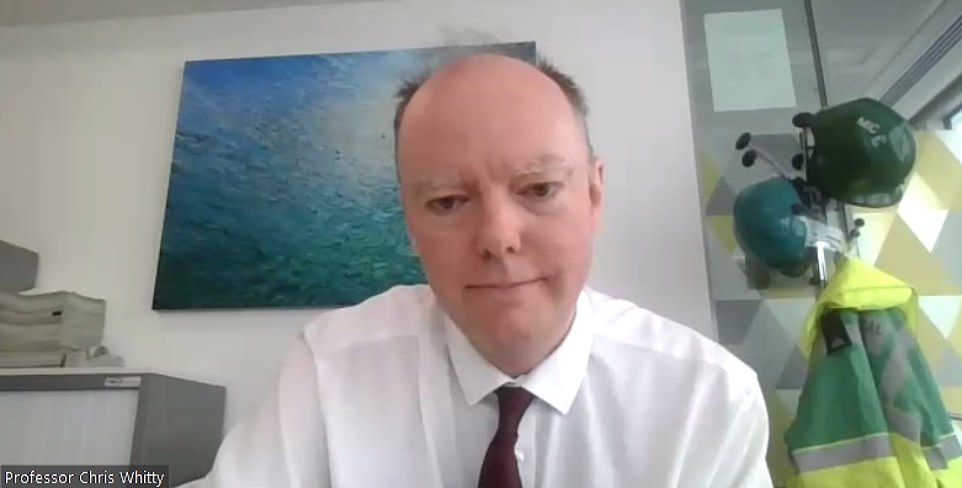 Britain will be vulnerable to coronavirus for another two years but the illness could as manageable as flu in the future, Chris Whitty claimed today during a Royal Society of Medicine conference 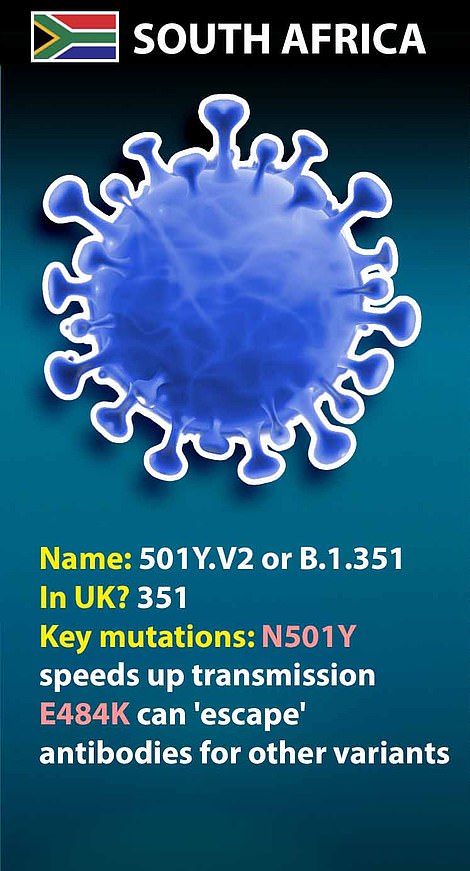 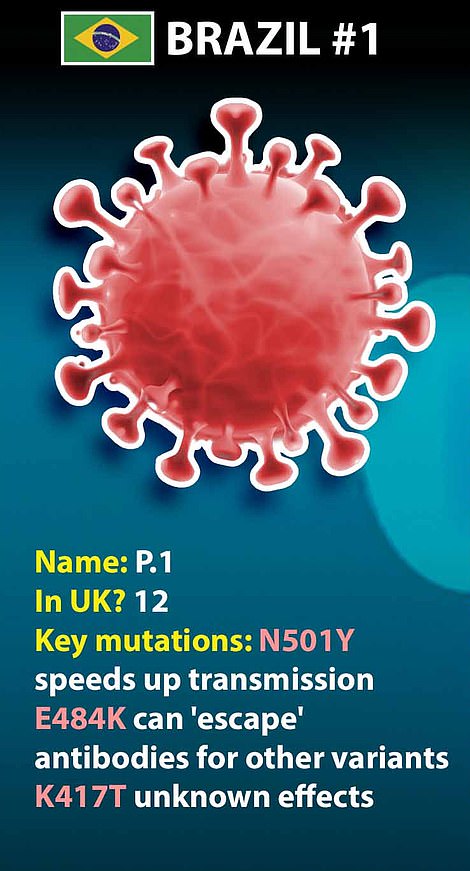 Pfizer and AstraZeneca are both confident their jabs protect the vast majority of people from getting severe disease, even if they become infected with concerning variants like the South African and Brazilian versions

The jab prevented 100 per cent of infections in a study run by Pfizer in South Africa and UK lab tests on the P1 Brazilian strain of the virus found it worked against that.

Scientists had been worried that new variants of the virus would make vaccines less effective because they change its shape and make it harder for the immune system to recognise.

One researcher said their study of elderly people saw that antibody levels were ‘off the scale’ after two doses and that everyone developed signs of protection.

And Pfizer reported that results from its clinical trials showed ‘high vaccine efficacy against the variant prevalent in South Africa’.

The findings are good news for long-term trust in the jab and suggest that boosters may not be as vital as the first two doses. It also raises the prospect that international travel won’t be too dangerous because the threat of variants is smaller.

Describing what the next two years could look like, the CMO said ‘we’ve got such a difficult situation to go through at the moment’.

‘What we don’t want to be is in a situation where we look back in six months and say “If we’d only just been a bit more cautious for a month or two we would’ve actually got through (vaccinating) the whole population, we’d have understood a lot more, we’d know how to deal with this, we’d probably have a few variant vaccines on the stocks”.

‘I don’t think though this should be seen as an indefinite posture, I think this is a matter of probably the next year or two whilst we understand how to do this and find a way of responding rapidly to variants.’

Pfizer and AstraZeneca are both confident their jabs protect the vast majority of people from getting severe disease, even if they become infected with concerning variants like the South African and Brazilian versions.

The UK Government’s Scientific Advisory Group for Emergencies (SAGE) estimates that the South African variant, officially known as B1351, reduces the overall effectiveness of vaccines by 30 per cent.

Studies appear to suggest that vaccines are less likely to stop infection altogether from B1351, but they seem just as good at stopping people from becoming sick.

Professor Whitty said he was ‘absolutely certain’ that new variants down the line would be even better at escaping immunity than the South African one, which has been spotted in Britain almost 500 times.

But he said there would be a ‘very wide portfolio of vaccines’ in around two years and that the world will be in a situation where a ‘large number of companies are incentivised to compete to see who can be the first one’ to tackle the new variants.

With new technologies like mRNA, used for the first ever time in Pfizer and Moderna’s jabs, it could see vaccines altered to target these new strains in a matter of weeks.

He added: ‘If we scroll forward two years I think we’re going to have a very wide portfolio of vaccines… We wont have as big a deficit globally [in terms of vaccine distribution].

And we’ve got technology that ‘can turn around a vaccine to a new variant incredibly fast, compared to how historically we’ve been able to do it’.

Meanwhile, Professor Whitty assured people who have low or no Covid antibodies even after vaccination will likely still enjoy strong protection against severe disease.

‘I certainly don’t think you should assume that if you have lower or no antibodies that means there is no protection,’ he said.

He said data has shown that the combined antibody and T-cell response after a number of weeks appears to be ‘pretty similar’ both for the AstraZeneca and Pfizer jabs ‘against at least the variants we’ve currently got’.

His comments come after official data showed antibody levels in elderly Brits have been declining since mid-February.

The figures from the Office for National Statistics raised some concern about the UK’s decision to extend the three-week vaccine dosing regimen to three months.

But Professor Whitty said: ‘Looking back, I don’t think it’s turned to be the wrong decision.’