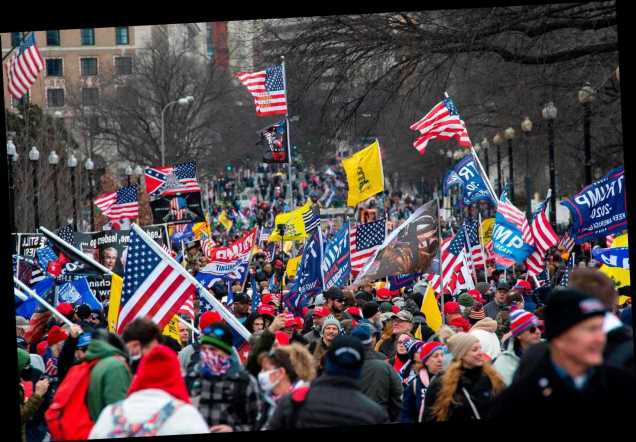 ROSEANNE Boyland was identified as one of the rioters that stormed the Capitol building during Congress' Electoral College vote count on January 6.

She passed away due to medical circumstances that were not detailed. 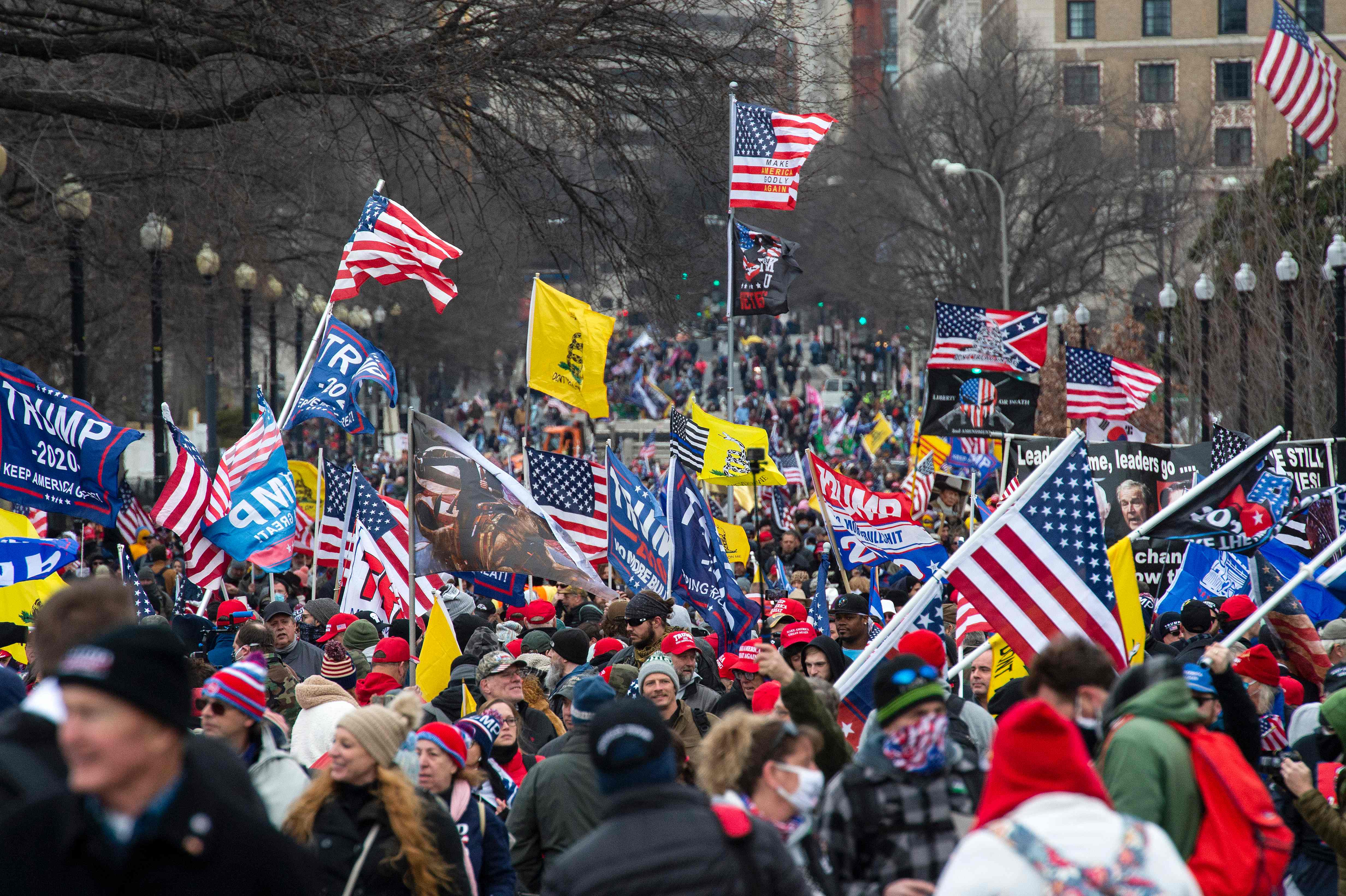 Who was Rosanne Boylan?

Roseanne Boyland was a rioter who died due to a "medical emergency" following the mayhem inside the Capitol. on January 6. 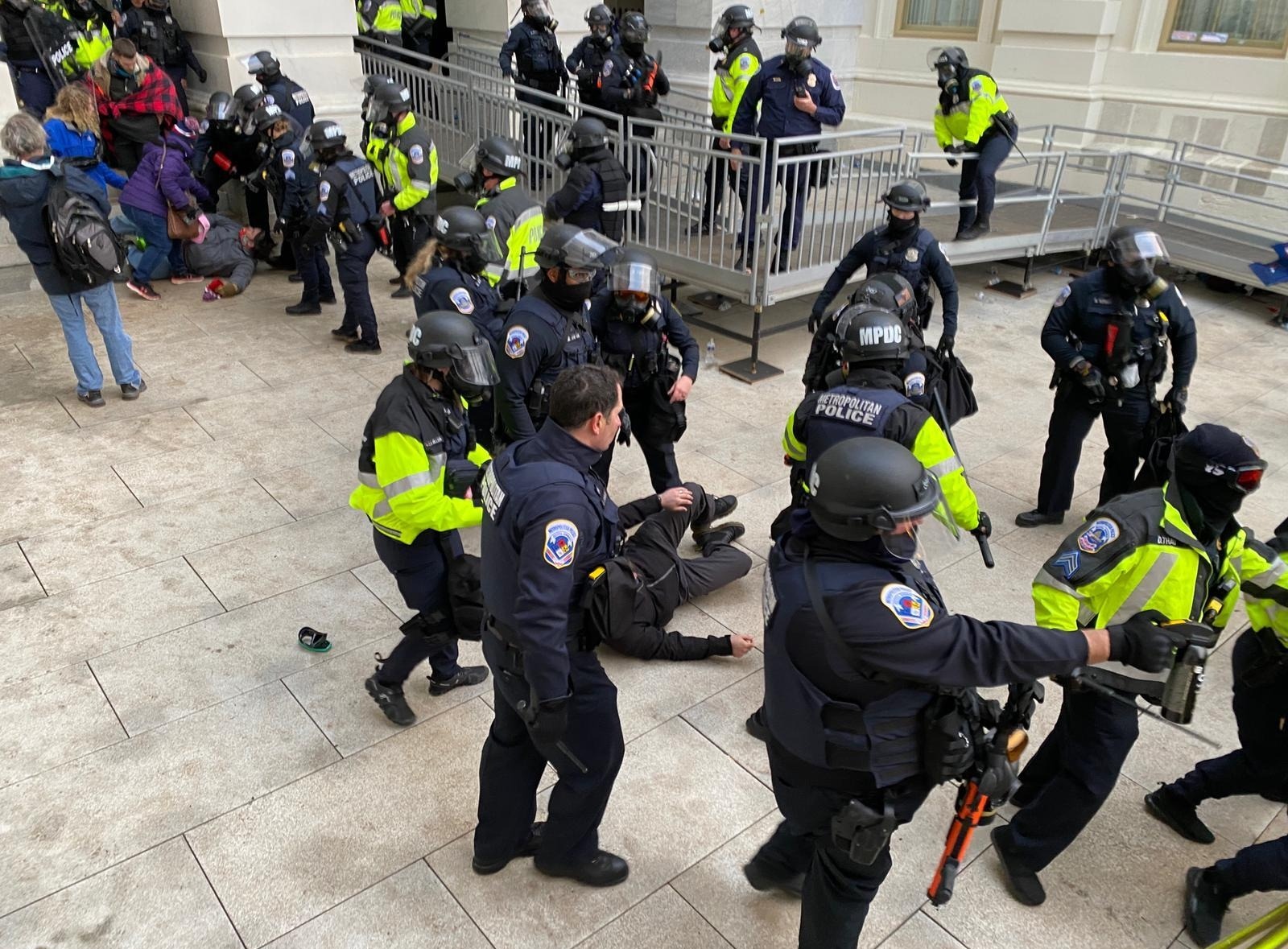 Roseanne was 34-years-old and came from Kennesaw, Georgia, according to the Washington Examiner.

Several others were seriously injured in clashes after rioters fought cops and pushed their way inside of the government buildings.

What happened on January 6?

Senators met in Congress on January 6 to vote and certify the results of the election. 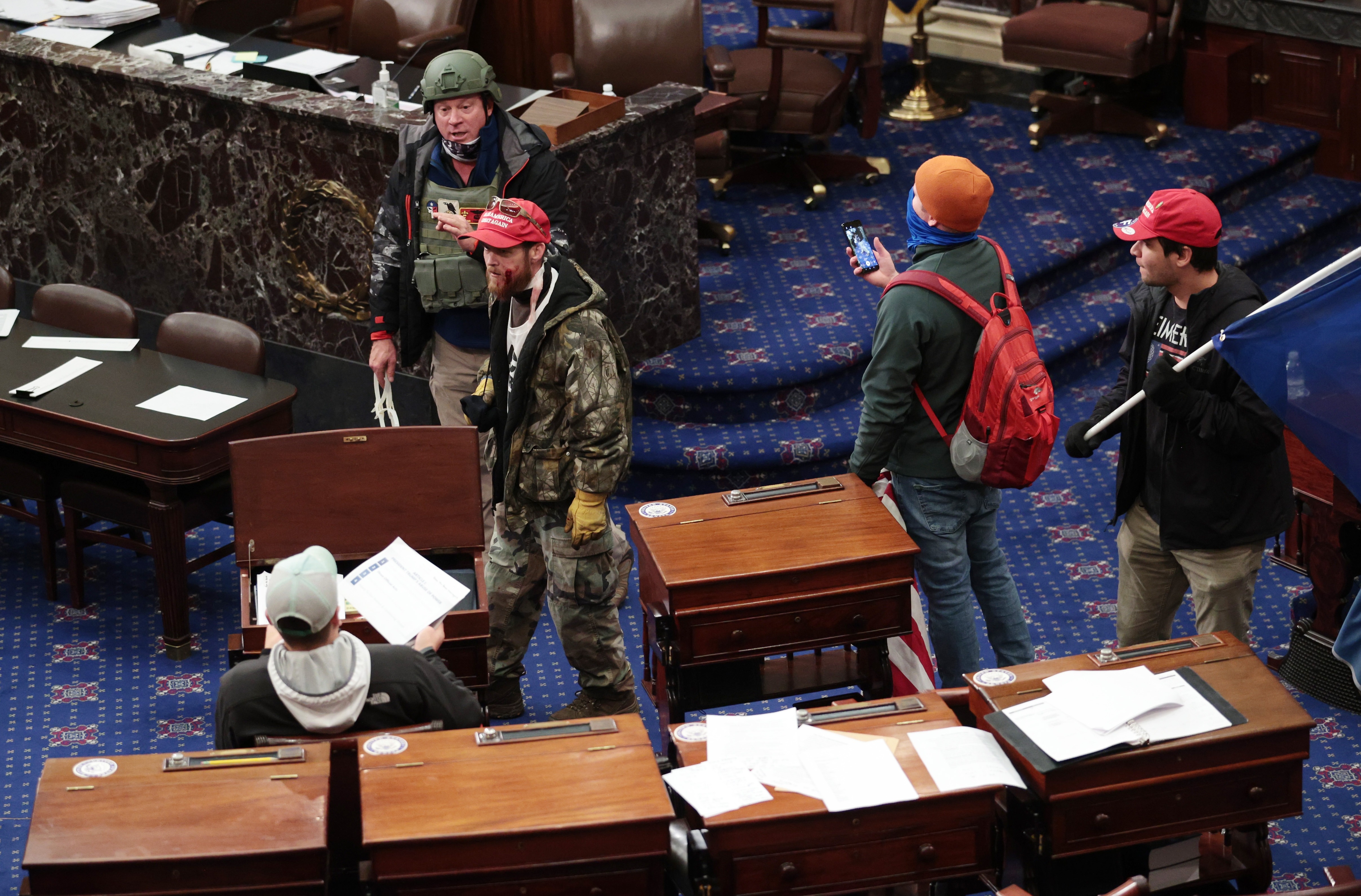 Protesters broke down fences outside the US Capitol and stormed the building and Capitol buildings were put on lockdown.

Vice President Mike Pence, followed by other Senators, were evacuated from the building and taken to safety. 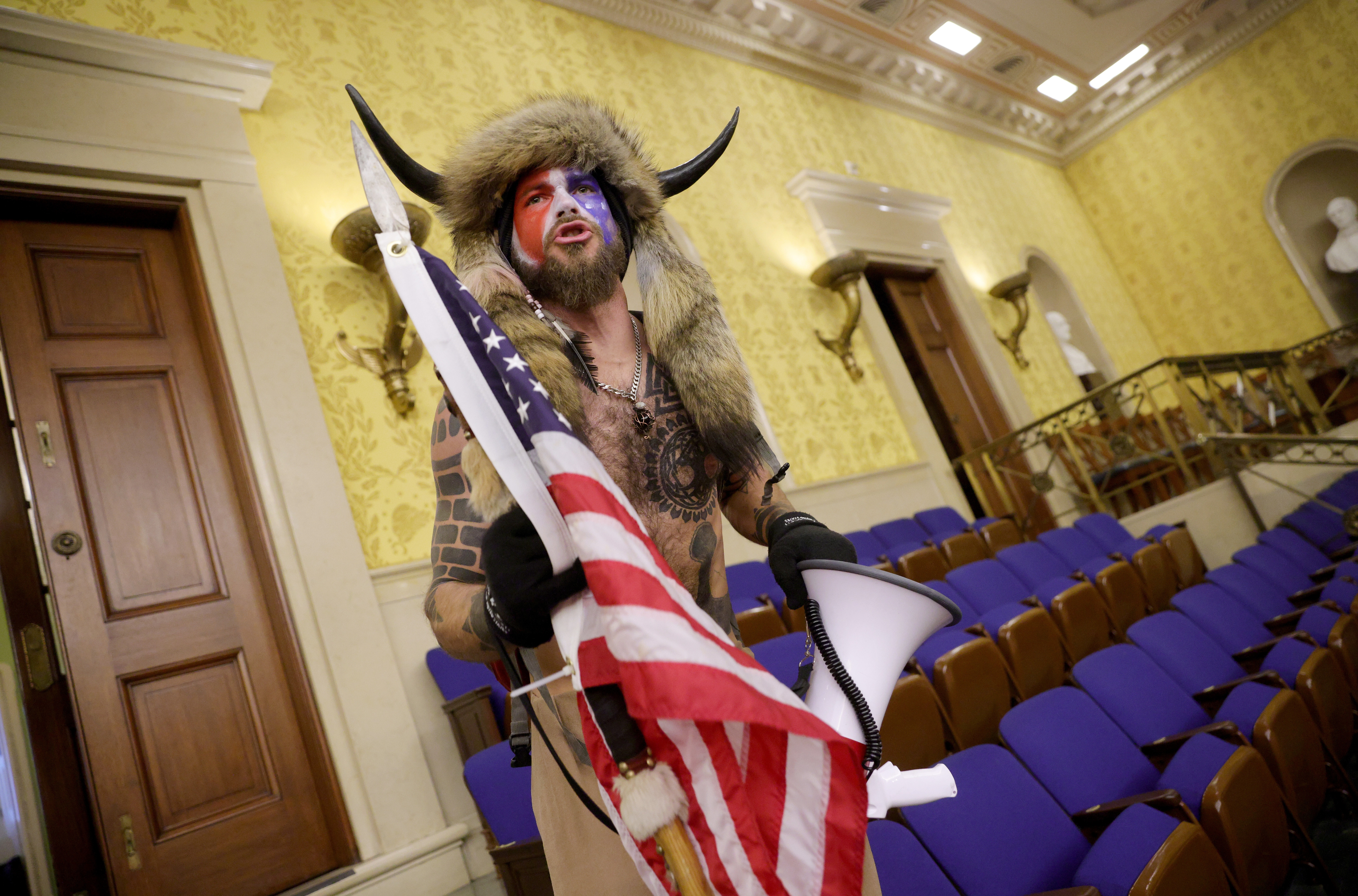 The Pentagon said about 1,100 District of Columbia National Guard members were being mobilized to help support law enforcement at the Capitol.

After lawmakers were allowed back into the building, a joint session of Congress reconvened and an electoral college count of 306 for Biden and 232 for Trump was certified. 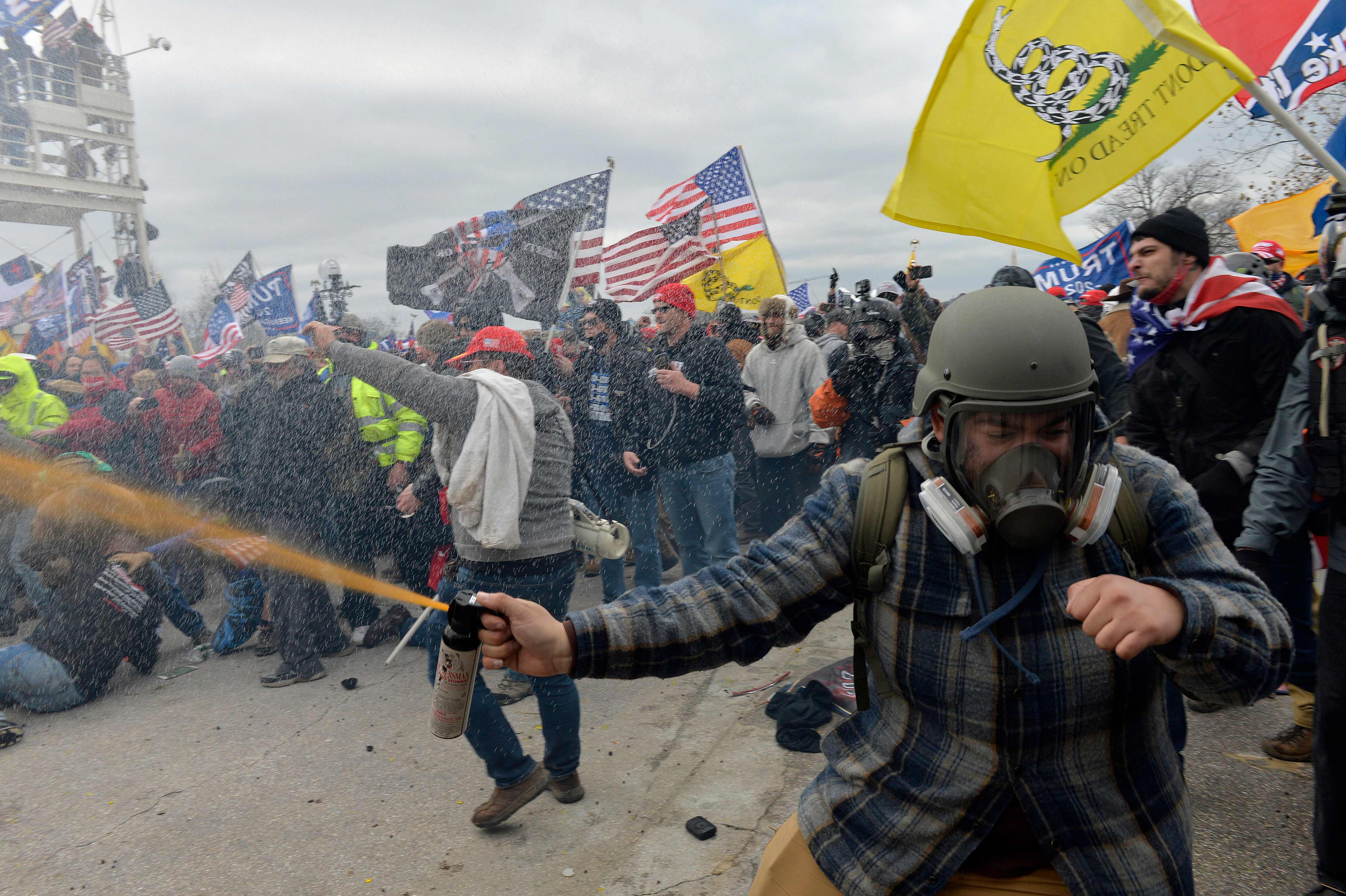 As the night wore on emotions from earlier in the day appeared to spill over as members of the House nearly came to blows on the floor during the Pennsylvania debate.

The GOP's Morgan Griffith objected after Democrat Conor Lamb said a breach of the Capitol by an angry mob earlier in the day was "inspired by lies, the same lies you are hearing in this room tonight."

Who were the other victims?

The victims were identified as Kevin Greeson, 55, Benjamin Phillips, 50, and Ashli Babbitt, 35. 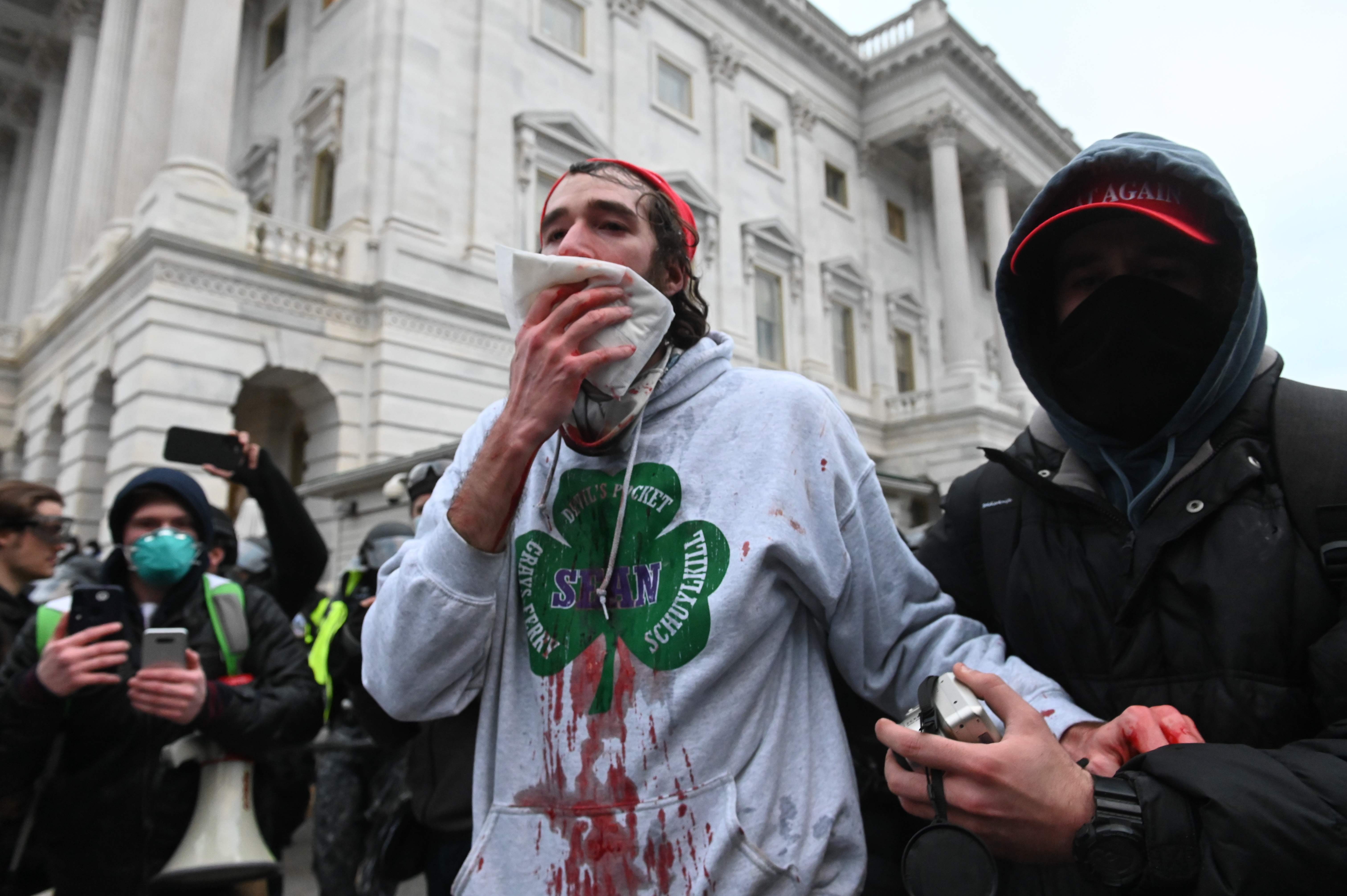 Babbitt was shot in the chest.

Footage emerged showing Babbitt trying to climb through a window inside of the political hub when she was shot.

The White House released a statement mourning the loss of Babbitt following the news. 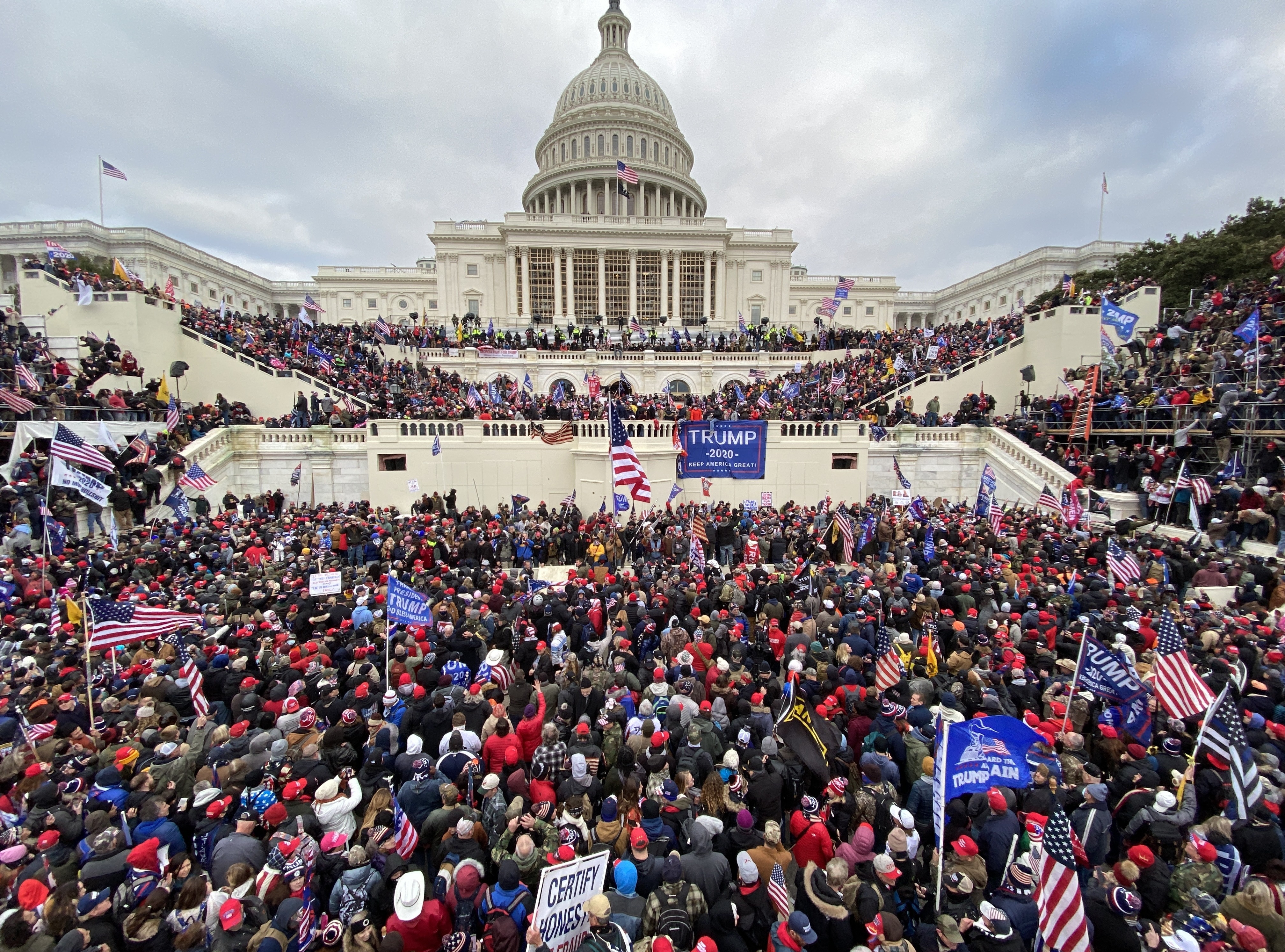 "The White House grieves the loss of life that occurred yesterday and extends sympathies to their families and loved ones," Press Secretary Judd Deere said.

"We also continue to pray for a speedy recovery for those who suffered injury."

A statement was then released from the White House in which the president pledged an "orderly transition" on January 20. 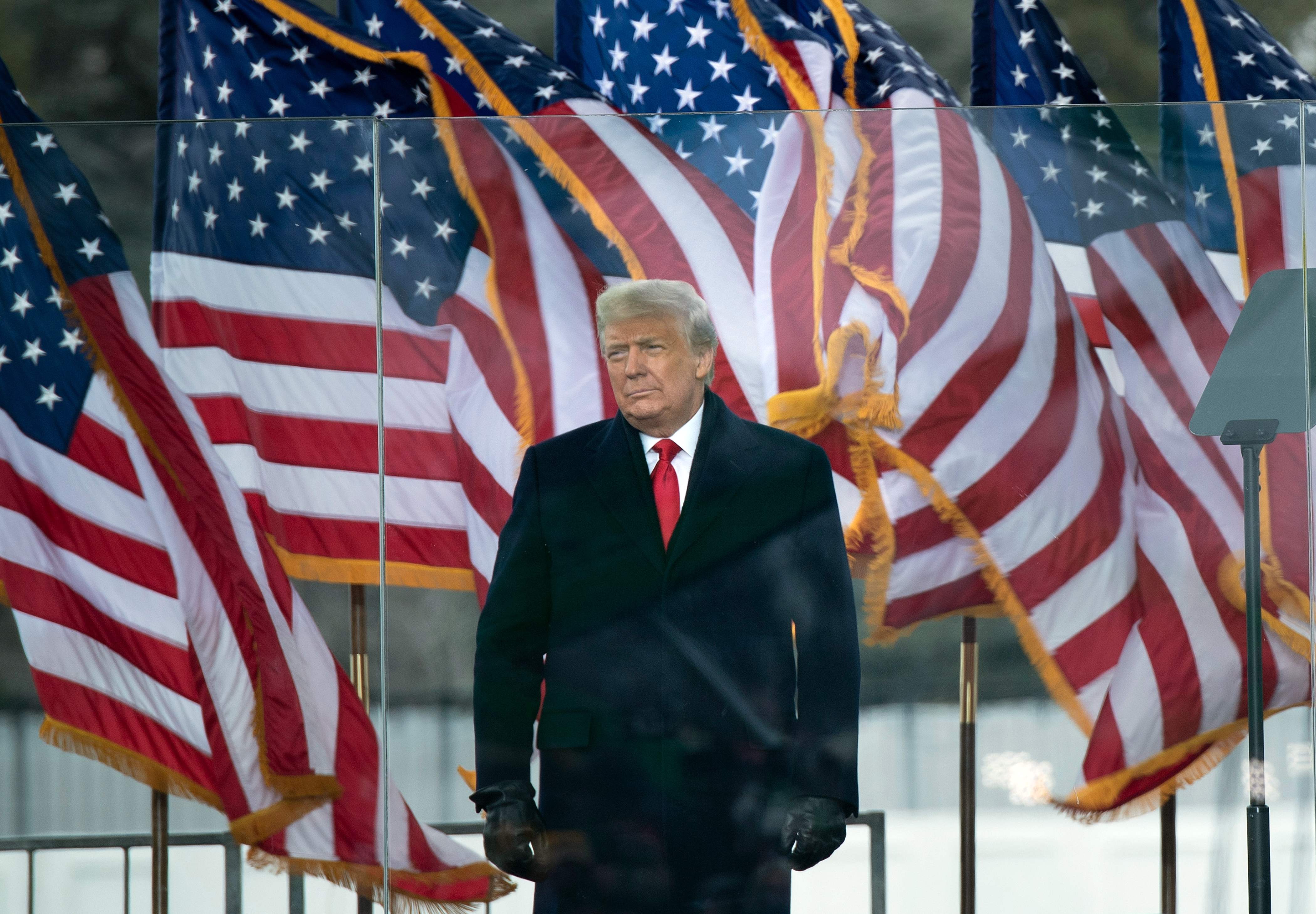 Trump has been temporarily banned from Twitter in the wake of the riot so the President was forced to issue a statement via his social media director Dan Scavino.

“Even though I totally disagree with the outcome of the election, and the facts bear me out, nevertheless there will be an orderly transition on January 20th,” it read.

“I have always said we would continue our fight to ensure that only legal votes were counted.

“While this represents the end of the greatest first term in presidential history, it’s only the beginning of our fight to Make America Great Again!”

07/01/2021 World News Comments Off on Who was Roseanne Boyland?
Lifestyle 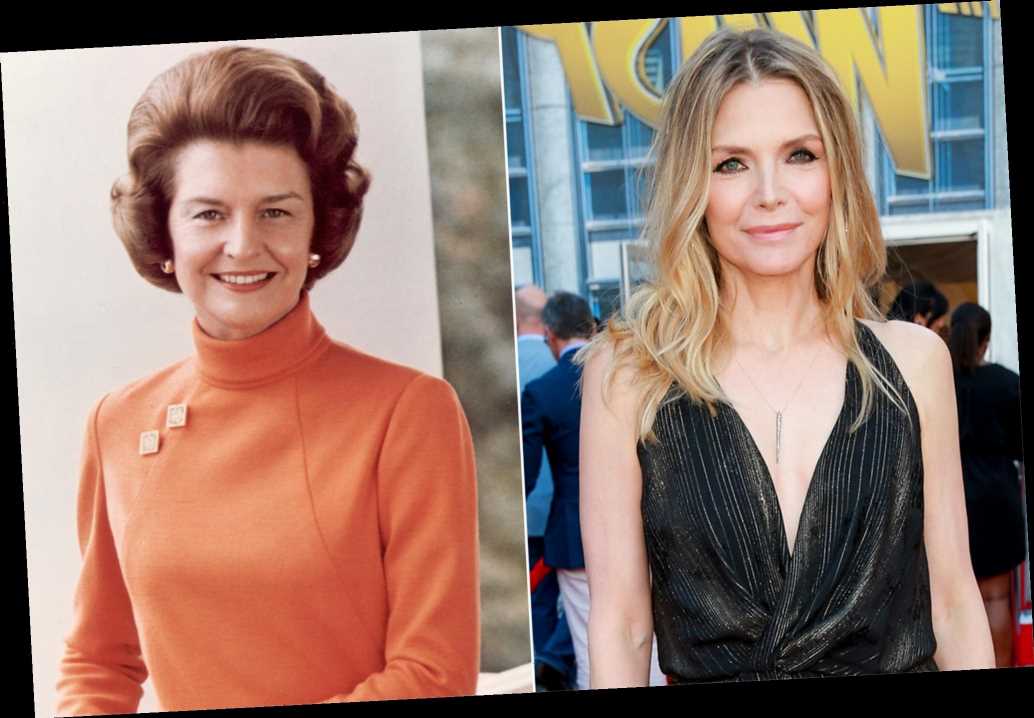 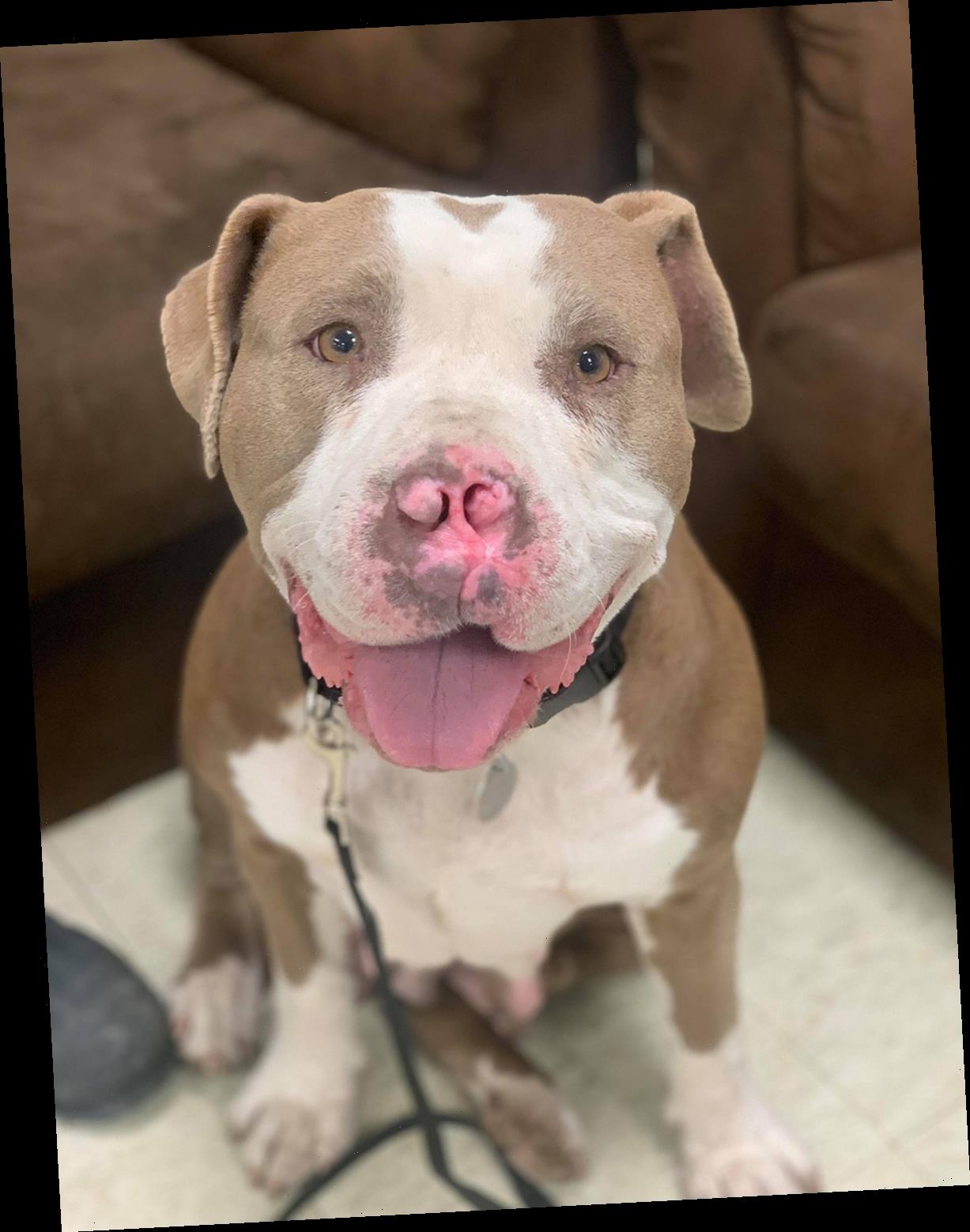