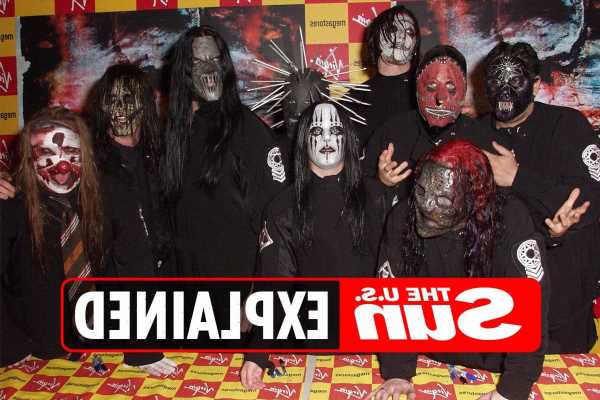 SLIPKNOT has long been known not just for its aggressive music style but too for its image.

The heavy metal band's attention-grabbing look is mostly down to unique masks each member dons on stage. 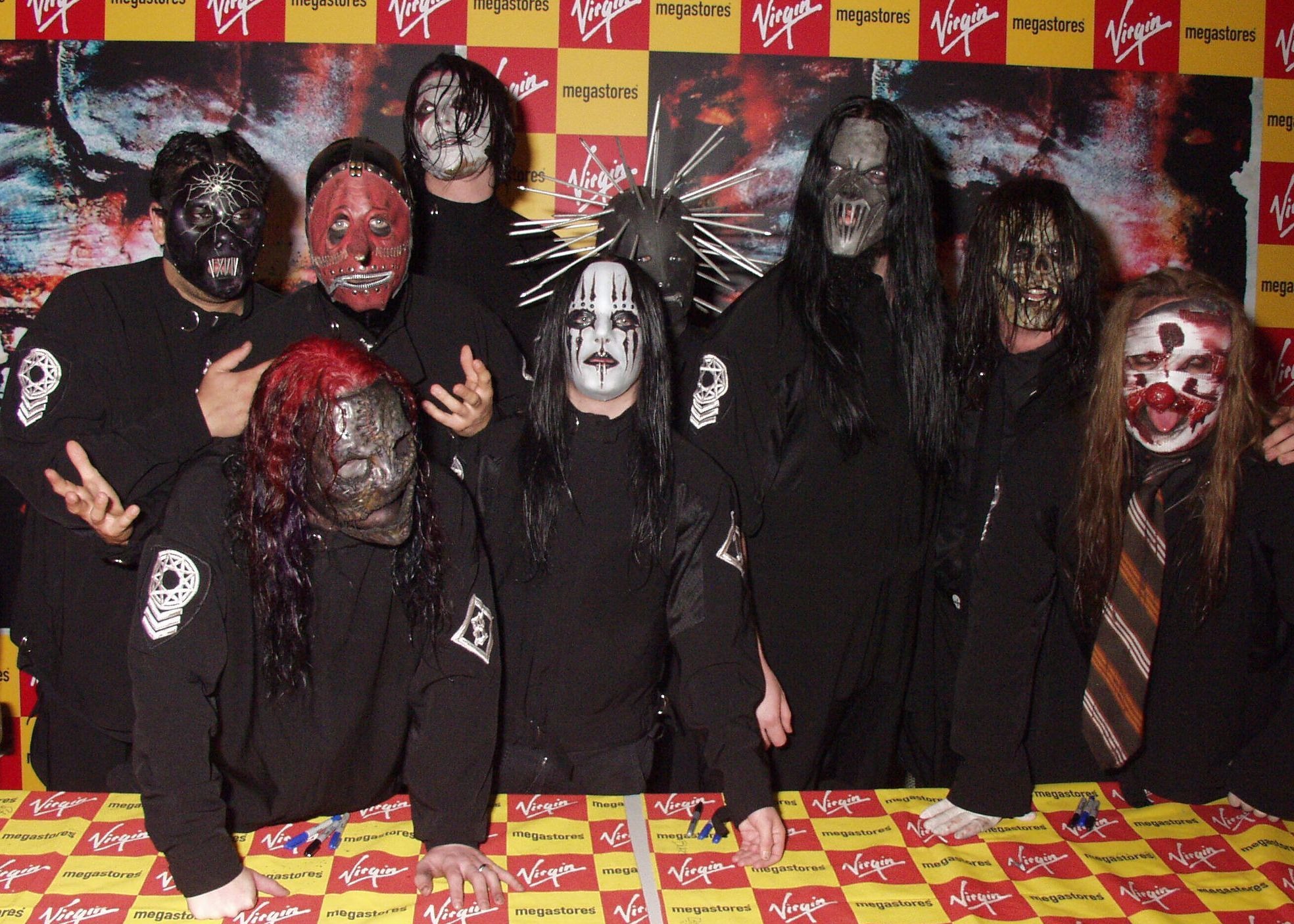 Why do Slipknot wear masks?

During the band's early days, percussionist Shaun "Clown" Crahan would turn up to rehearsals wearing a clown mask, inspiring his nickname.

By 1997, the band decided every member should wear a unique mask.

Frontman Corey Taylor told Kerrang! Radio in February 2020: “I give a lot of credit to Clown. His imagination, his vision in a lot of ways has helped shaped this for so many years.

“Obviously, we contribute and do our part but his unifying vision in a lot of ways has helped us maintain that risk, that look, that attention to detail. So even when we do big things like a reveal on the internet for new outfits, new masks and stuff, it’s still a big deal.

“Because we started from day one knowing we had to evolve, knowing that we had to stay relevant and one of the things we knew we had to do was find ways to look like a unit and do it in a way that didn’t feel forced.”

Taylor said the masks gave the band uniqueness and went against the grain of the prevailing trends in heavy metal at the time the band started out.

In an interview with BBC’s Artsnight program in 2016, he added: “That mask for me has always been a physical representation of the person inside me who just never had a voice.

Holding his legendary clown mask, Crahan added: "I had gotten a version of this mask when I was 14.

"I just never knew why it was in my world but it was always around me.

"Then one day, it just so happened, it was that moment of clarity to decide what I want to project. This thing has no f**kin’ limits." 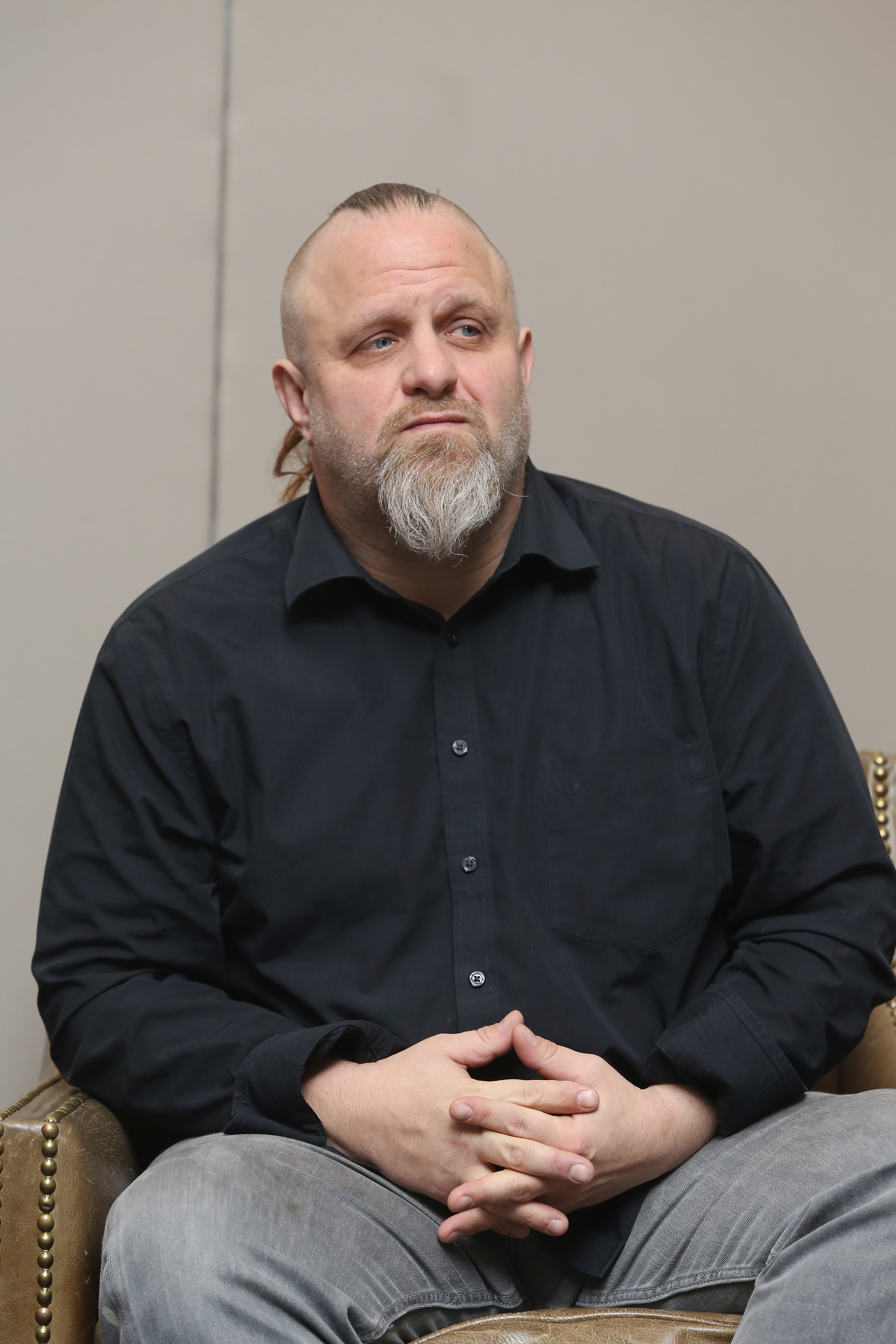 Shawn Crahan is one of the founding members of the band and the only original member in the lineup.

Nicknamed Clown, he is credited for bringing about the band's unique mask style and when performing with Slipknot, he is also known as #6.

The 51-year-old has donned several masks during his time with the band, all of which have been clown-themed – except for his "death mask" used in the video for the song Vermilion.

Crahan is the longest-serving member of Slipknot 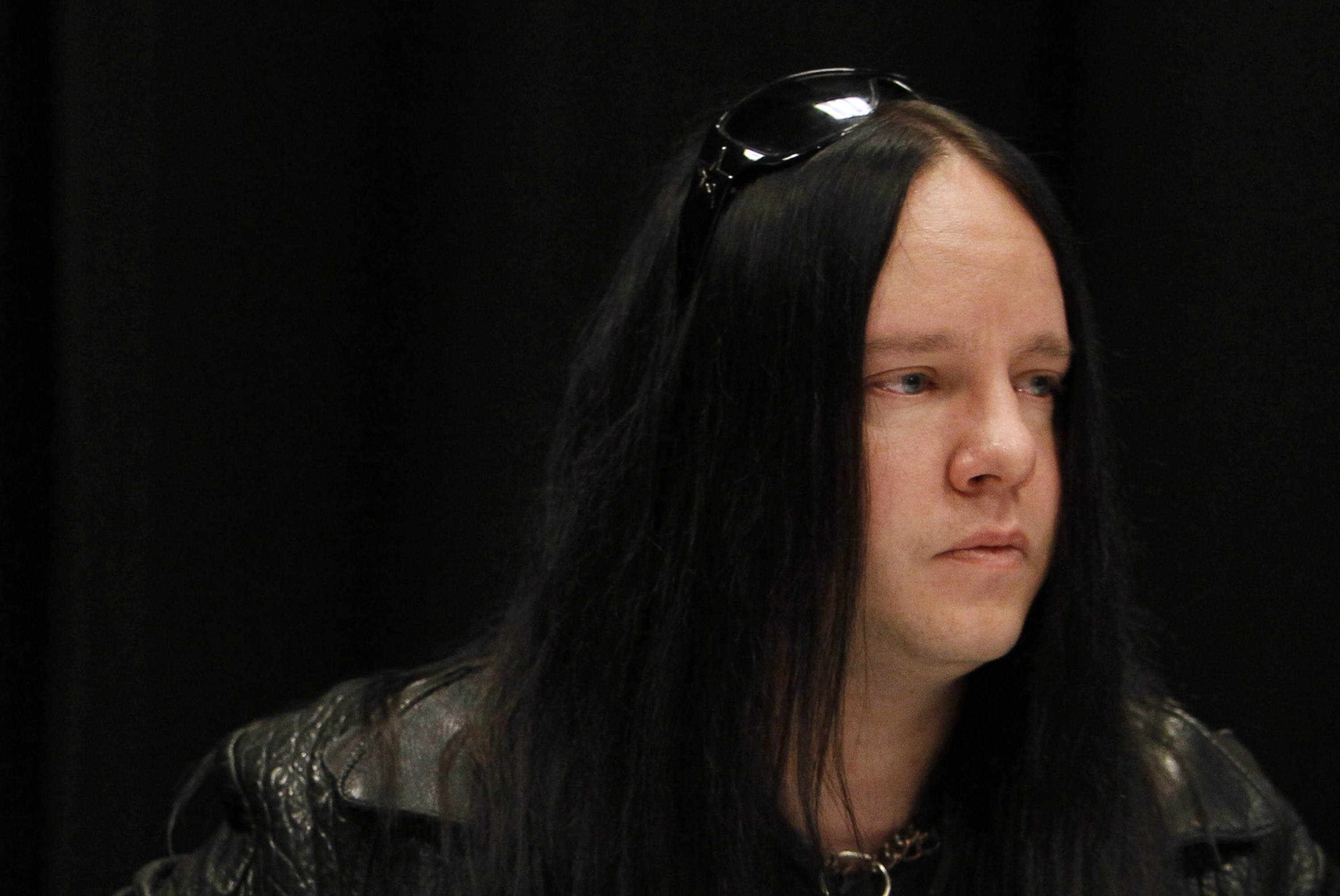 Joey Jordison was also a founding member of the group, joining when Slipknot formed back in 1995.

The drummer, also known as #1, stayed in the band until December 12, 2013, when it was announced he left the band due to personal reasons but in a 2016 interview, he revealed he was fired.

"All I got was a stupid f***ing email saying I was out of the band that I busted my a** my whole life to f***ing create,” Jordison told Metal Hammer.

In 2016, Jordison revealed that he was diagnosed with transverse myelitis, a disease that causes inflammation in the spinal cord and as a result, Jordison lost the use of his legs. 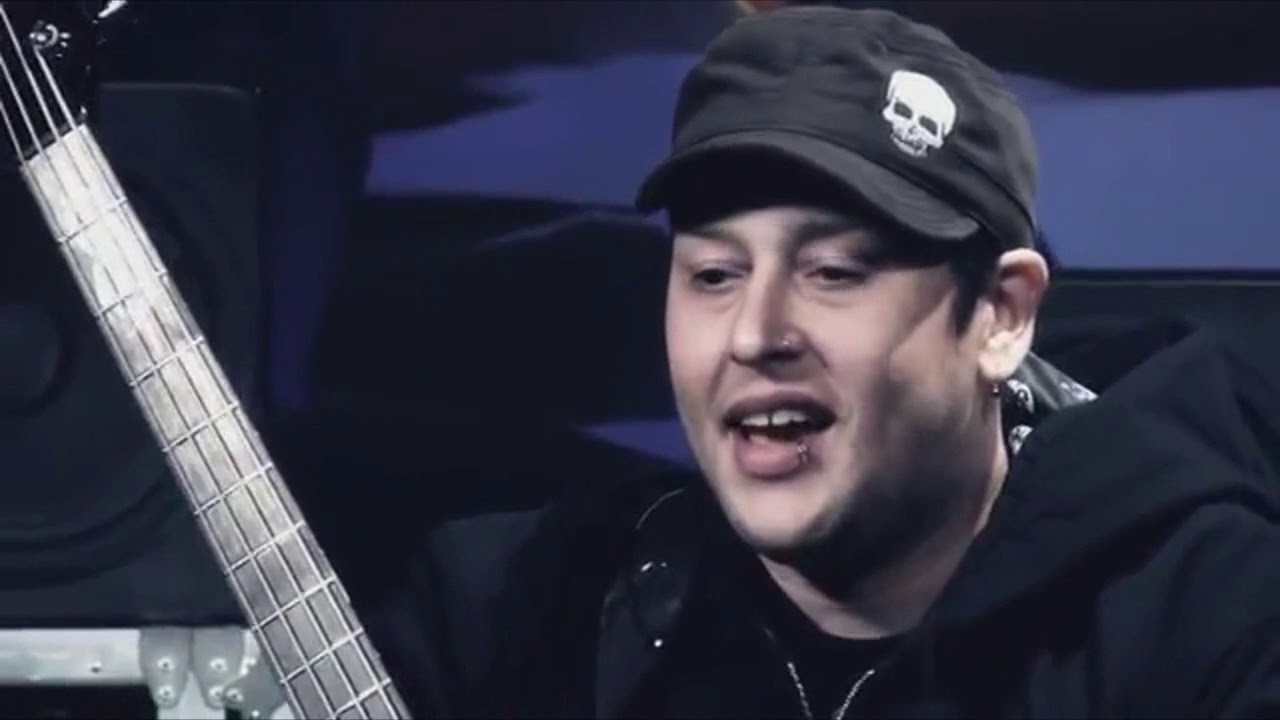 The third founding member of Slipknot was bassist Paul Gray.

The following day, his fellow bandmates – without their usual masks – held a press conference in Iowa.

Crahan hailed him a "great friend and great person" in a touching tribute.

Jones – also known as #5 – is still a member of Slipknot, and is now the second-longest-serving member of the band.

The sampler and keyboardist initially wore women's pantyhose on his head when performing, which was later changed to an astronaut space helmet with long nails hammered through it.

The helmet was later replaced by a bondage mask, with a zipper added over the mouth area.

Behind the mask, the 49-year-old has brown hair, a beard and wears glasses.

Corey Taylor was approached by Jordison, Crahan and Thomson to join Slipknot in 1997.

After joining in on one of their practice sessions, he signed up to become lead singer.

Taylor's first gig with the group was on August 24 that year – during which he wore facepaint instead of the mask.

Mick Thomson joined Slipknot in the summer of 1996, replacing  Jones on guitar after he became the band's full-time sampler.

Thomson – also known as #7 – originally wore a hockey mask which he bought from a store during performances.

Only minor changes have been made to his mask over the years.

The 47-year-old is Slipknot's third longest-serving member, and without a mask has brown hair tied back in a ponytail and a beard, and often wears dark sunglasses.

Sid Wilson joined Slipknot in 1998 as the band's turntablist.

He took on the nickname #0 while performing with the group.

For the most part, his mask has been based on gas masks, but has also incorporated skull styles in designs.

The 44-year-old also donned a robot-style mask during the All Hope is Gone tour – dedicated to his love of the Transformers franchise.

He also sung backing vocals on a number of songs and would usually wear a Pinocchio-style mask with a long nose.

Fehn, also known as #3, split from the band in 2019 after filing a lawsuit against them citing payment being held back. 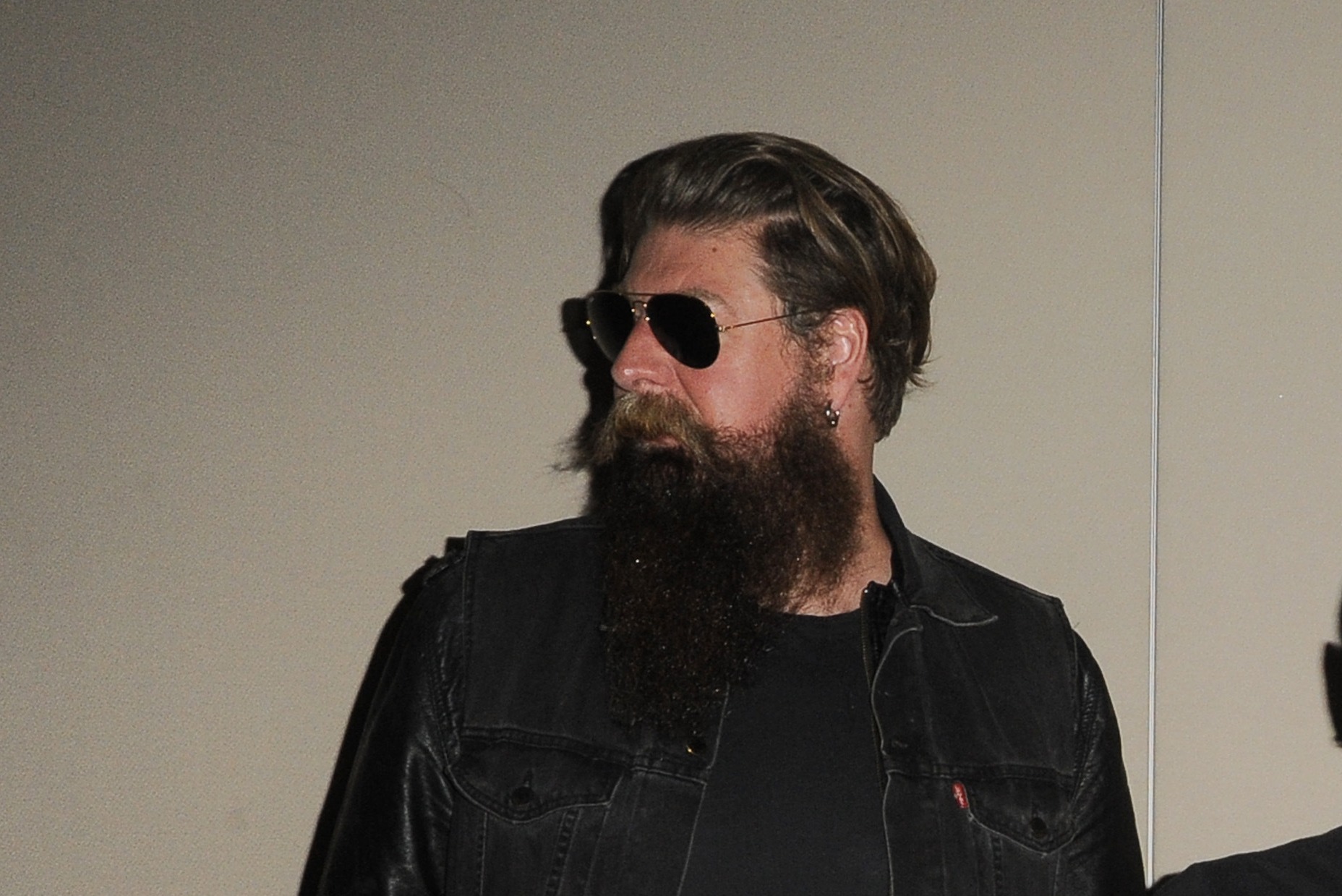 He is one of two guitarists for the group and is considered to be one of the band's main songwriters.

Of Slipknot's most famed nine-member lineup – which lasted between 1999 to 2010 – Root was the last to join the band.

28/07/2021 World News Comments Off on Why do Slipknot wear masks and what do they look like without?
Lifestyle