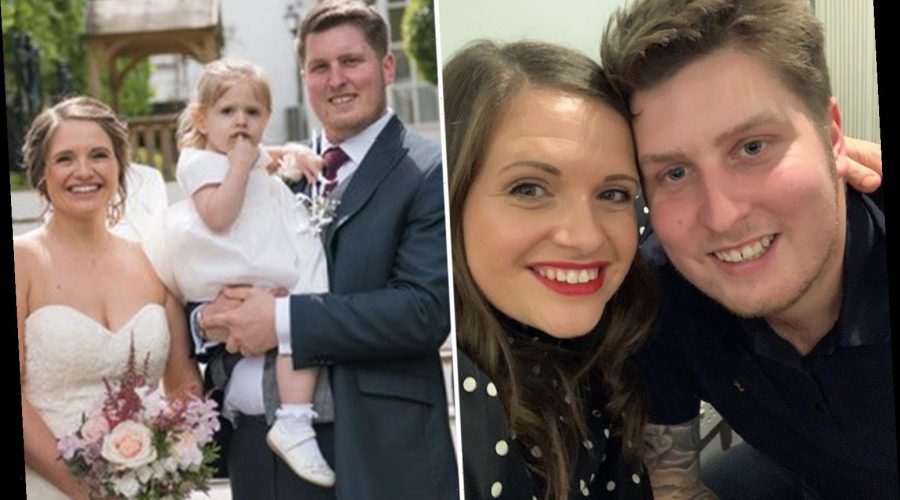 A DEVOTED wife has paid heartbreaking tribute to her gentle giant husband who died without warning on Christmas Day.

Daniel Greaves’ body was discovered by his daughter Ella as his family prepared to go for a walk after enjoying a traditional Christmas dinner. 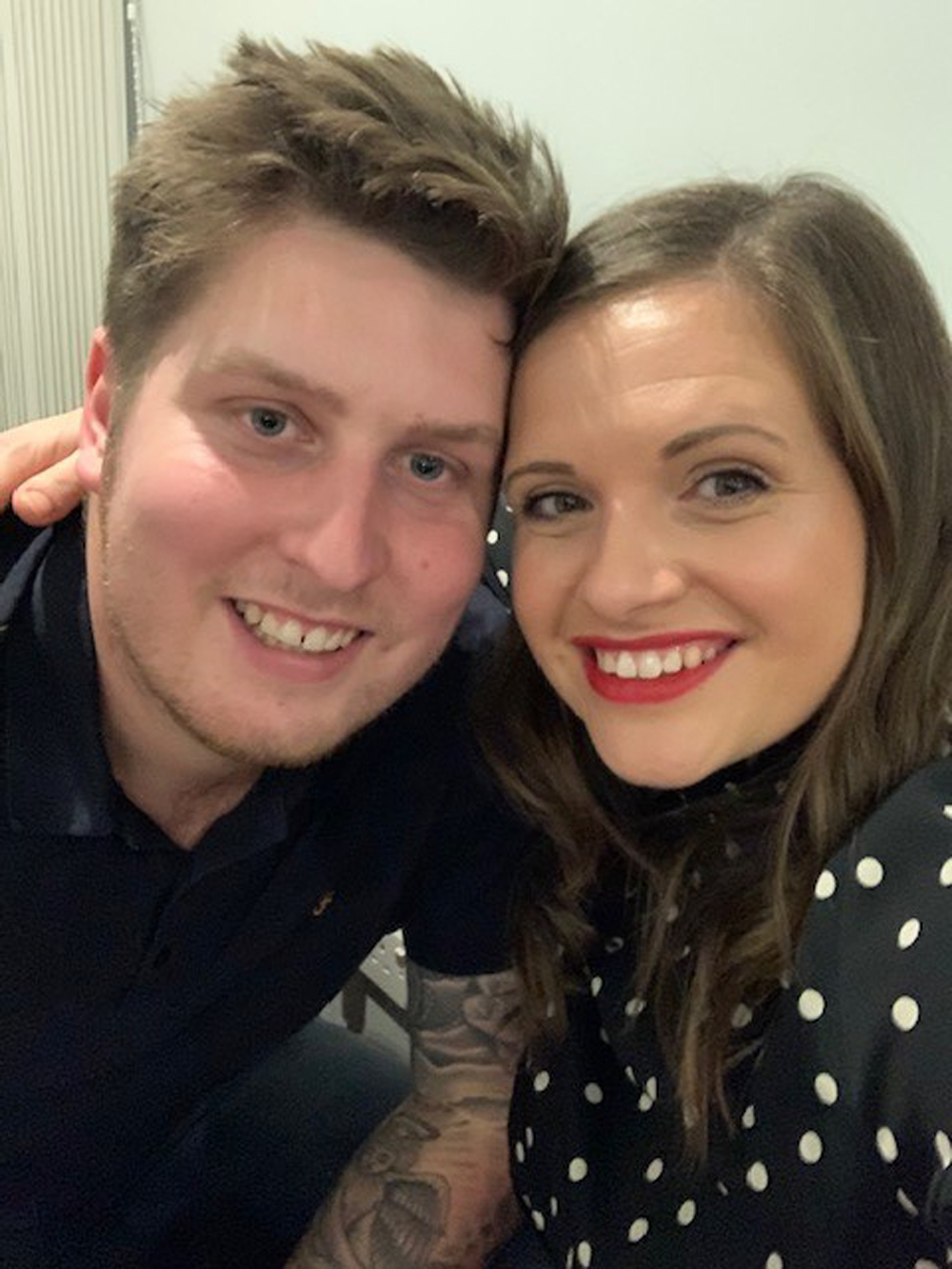 Carpenter Daniel, 29, from Banbury, Oxfordshire, went upstairs to fetch his coat but collapsed in a bedroom.

His daughter came downstairs and told her mum "daddy's not getting up" after finding him on the floor.

Daniel and wife Hannah had just finished their Christmas lunch and had earlier been playing games, opening presents, and laughing with Hannah's twins Lily and Riley, 15 and their daughter Ella, three.

An ambulance was called and attempts were made to resuscitate him but without success.

Daniel had suffered a heart attack caused by a defect when he was aged just 19 and had stents fitted but there had been no indication of any health problems looming before his sudden death.

"At first, I almost thought he was joking and told him to stop it – but then I realised he wasn’t.

"I phoned 999 and three paramedics soon came. He was taken to hospital, with me following on behind, but shortly after I arrived, they told me there was nothing more they could do. He was gone.”

She said: “Dan was the kindest, most genuine person I’ve ever met. There wasn’t a bad bone in his body.

“It’s incredibly hard to talk about him in the past tense. None of this feels real." 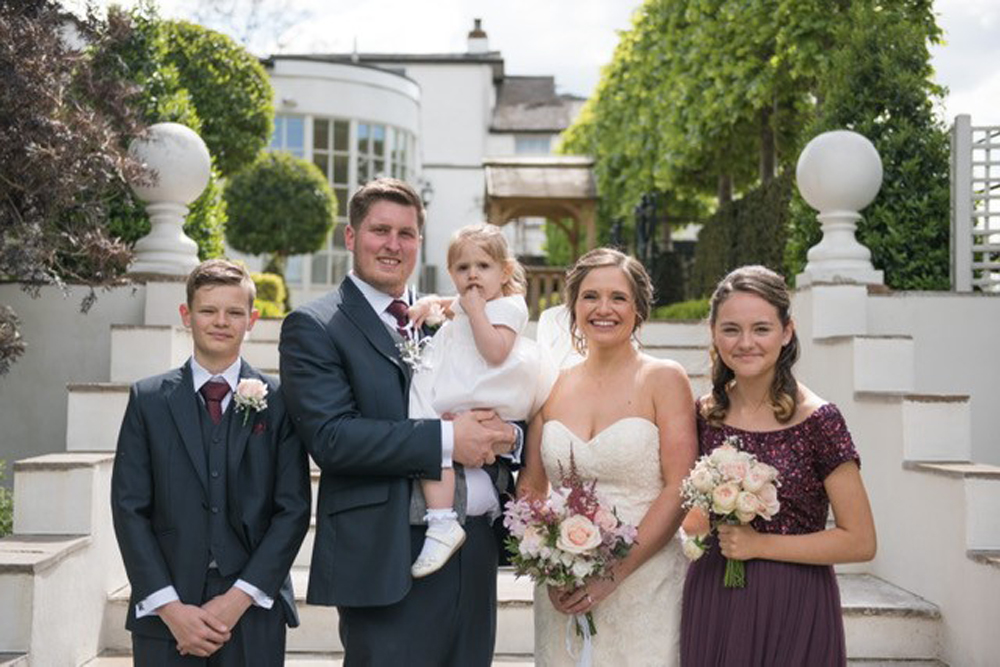 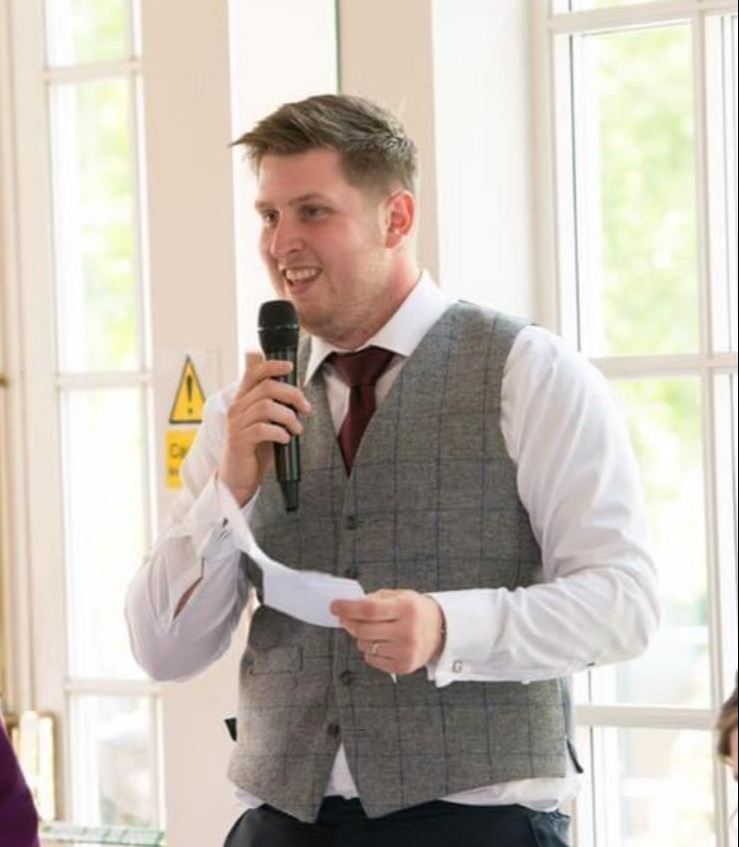 Hannah met Dan, a carpenter, in March 2014, when they got chatting at the sidelines of a local football game.

They welcomed Ella in the summer of 2017 and in November, Dan proposed.

“It wasn’t about a big white wedding – it was about becoming a family,” Hannah said.

“A unit. It was really important to him to have the children involved. After all, that’s why we got married. ”

But Daniel still had one nagging frustration – a condition called myocarditis, which can interfere with the heart’s electrical system and prevent it from pumping properly, meaning he was unable to get life insurance.

While many people recover from myocarditis, which can be caused by an infection or autoimmune disease without complication, it can sometimes cause inflammation which damages the organ.

Dan had been diagnosed as a teen, suffering a heart attack at just 19.

Hannah explained: “Dan did have some scarring on his heart, but he was essentially asymptomatic.

“But, because he had what’s classed as a pre-existing condition, he could not find a company willing to give him life insurance. He knew he may have to pay a premium and didn’t mind that, but still had no luck.

“He’d search for months on end and hit all these walls with it. He was a real provider, and it meant a lot to him to keep the family safe and secure, so it did worry him.”

We’d had a lovely morning opening presents, and eating our lunch. It still seems unbelievable.

On Christmas Day, in the hours before he died, Daniel seemed to be fine – only for everything to change in the blink of an eye.

Daniel was the main breadwinner in the family and friends of Hannah have now set up a GoFundMe page to help her pay her mortgage and bills.

Hannah said: “I couldn’t bring myself to look at the GoFundMe page at first, but now I have, I cannot comprehend the support I’m being shown from friends, family and strangers.

“It’s completely overwhelming. I can't believe how much people want to help."

The mum-of-three is still awaiting the results of Dan’s post-mortem, so his cause of death remains unclear.

She also needs the results in order to get the death certificate required before she can organise a funeral.

For now, she is bravely sharing her story to pay tribute to her gentle giant of a husband, and to urge everyone to make sure they have life insurance.

“I don’t want this to happen to anybody else," she said.

“Dan tried so hard to get insured, as he wanted to feel safe and secure should anything happen – it’s just heartbreaking.

"He was the epitome of kind and loyal – you could never meet a nicer person.

“Everybody that knew and loved him is devastated, but I have to stay strong for the children. They’re the force that keeps me going.”

You can help Hannah and her family here. 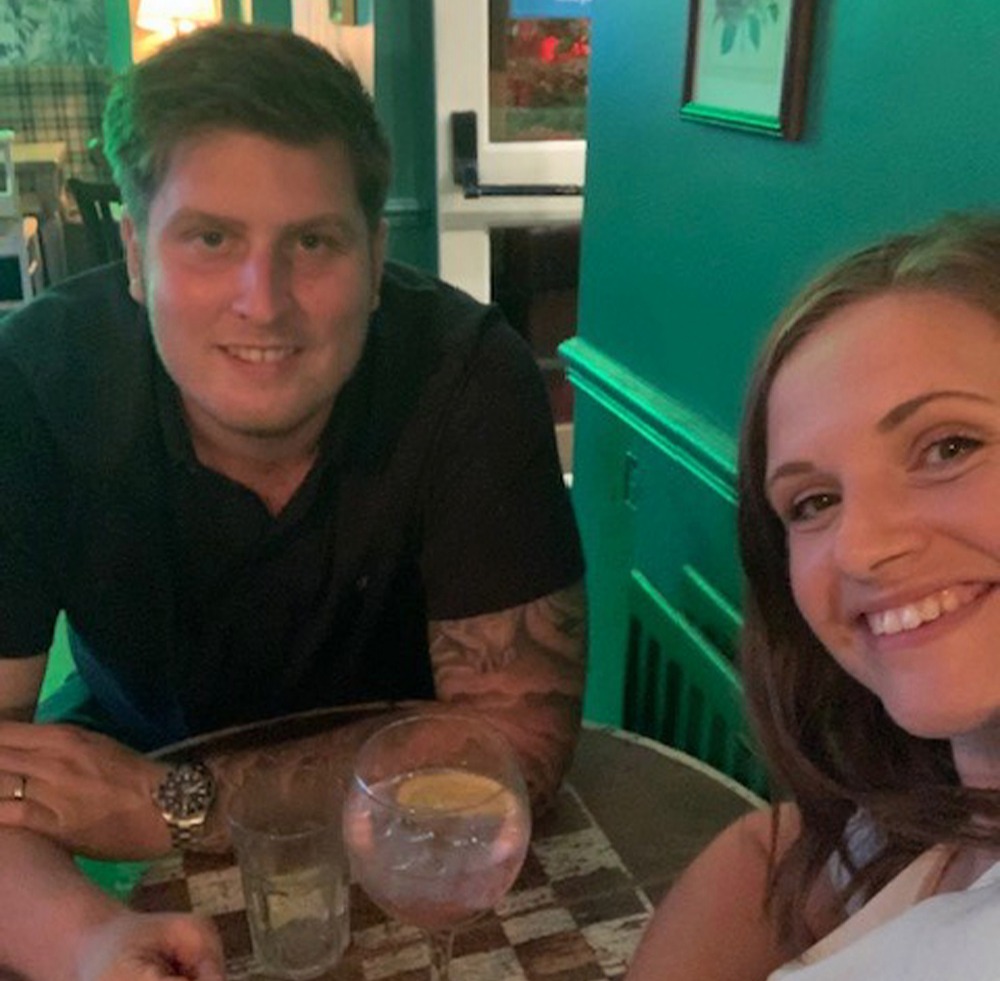 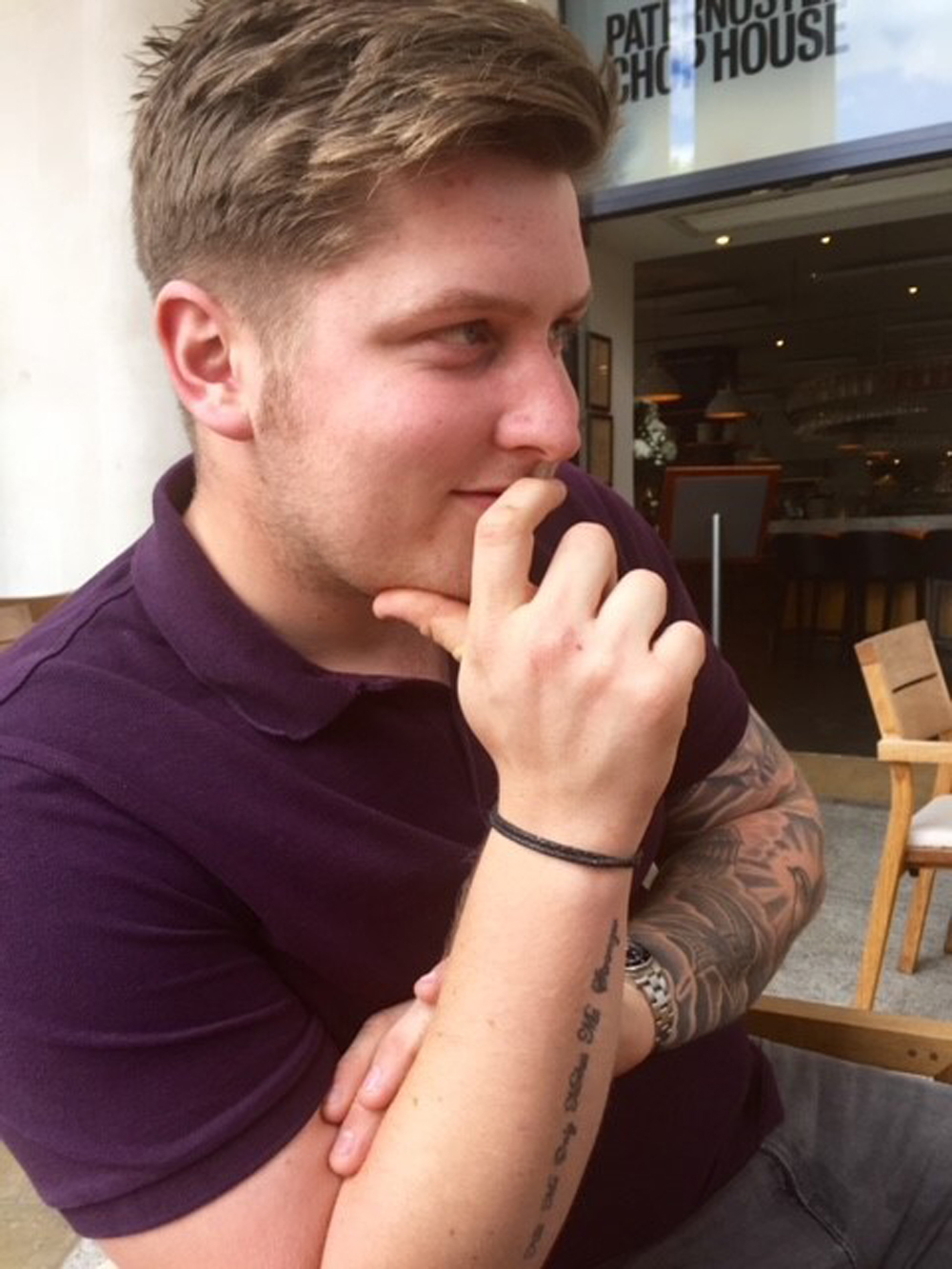 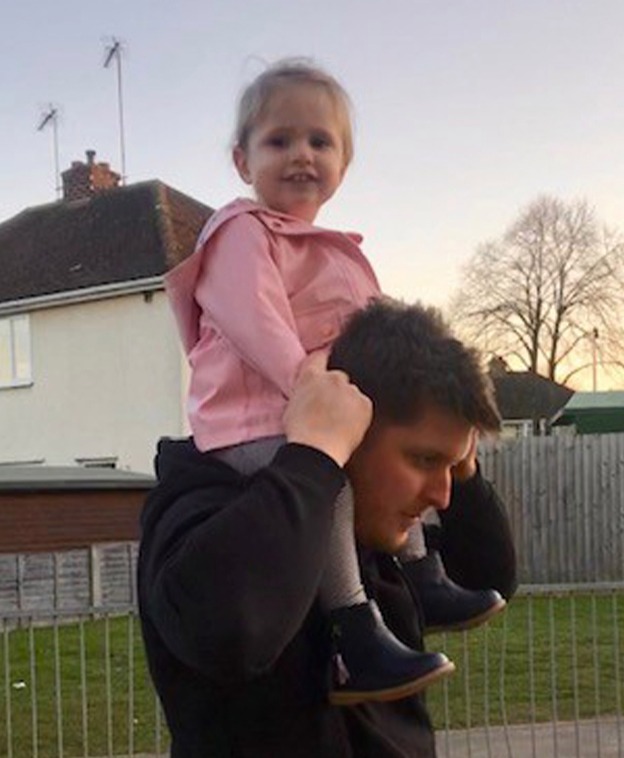 11/01/2021 World News Comments Off on Wife's heartbreaking tribute to 'gentle giant' husband, 29, who was found dead on Xmas Day by their three-year-old girl
Lifestyle