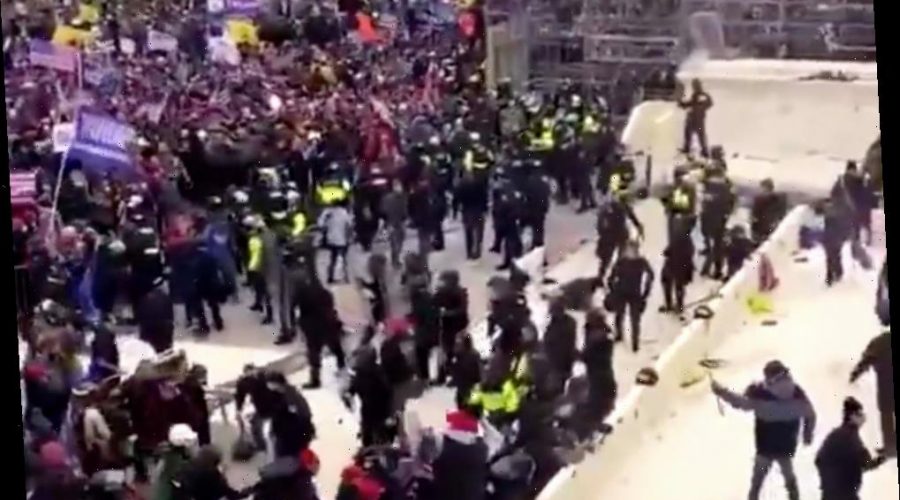 Two arrested during protests near Trump Tower in NYC

Wild footage posted online shows the moment a mass of rioters easily overtakes police outside the Capitol building on Wednesday.

The video, first posted to TikTok, then shared on Twitter, is shot from behind the flimsy barricades that proved to be no match for a sea of President Trump supporters set on breaching the Capitol building.

The demonstrators can be seen easily pushing through the barriers and the limited police presence.

Many in the roaring crowd are waving American and pro-Trump flags, the video shows.

Several people can be heard on video erupting into cheers as the crowd spills in past police.

Rioters eventually forced their way inside the Capitol building, leaving a trail of destruction and interrupting the Electoral College vote.