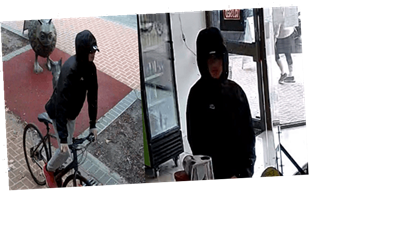 Police are looking for any witnesses to a terrifying early morning sexual assault on a 60-year-old woman in Pakenham in Melbourne’s east last month.

Detectives say the woman was walking along a footpath off Toomuc Valley Road about 6.30am on Tuesday March 2 when a unknown male on a bike asked her for the time. 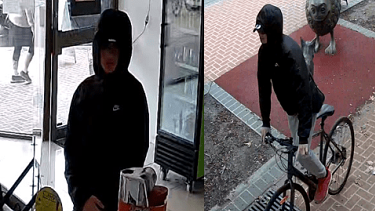 Police wish to speak to the male in this footage.

When the woman took out her phone to check the time, the male grabbed her by the neck and forced her to the ground.

“He sat on her, demanding the password for the phone whilst sexually assaulting her as she was pinned down by her neck,” a police spokeswoman said.

Detectives say the offender threatened to kill the woman who tried to call for help. When a passing car stopped the male fled the scene with the woman’s phone and credit card.

The woman flagged down a passer-by for help.

Detectives believe the offender was between 18 and 30 years old and the bicycle he was riding had a blue crossbar and a blue and white frame.

Police have released footage of a person they believe can assist them with their enquiries.

The CCTV footage, taken from a convenience store, shows a Caucasian male between 160-170cm tall wearing a black cap with a black jacket with the hood pulled up and red sneakers.

Anyone with information is urged to contact Crime Stoppers on 1800 333 000 or submit a confidential crime report at www.crimestoppersvic.com.au