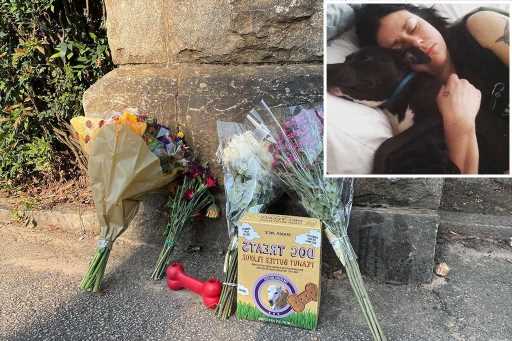 A woman and her dog were fatally stabbed inside a popular Atlanta park early Wednesday, police said.

Katherine Janness, 40, and her dog, Bowie, were found at about 1 a.m. inside of Piedmont Park at 10th Street and Charles Allen Drive in the city’s Midtown neighborhood, according to police.

Before the discovery, Janness, who lives near the park, had told her devastated wife that she was taking their dog for a quick walk, the victim’s father-in-law told Fox 5 Atlanta.

Police on Wednesday announced a $10,000 reward for information regarding the slaying and released a photo of Janness crossing a rainbow-painted crosswalk near the park.

Investigators are still working to determine if Janness was targeted or was the victim of a random act of violence.