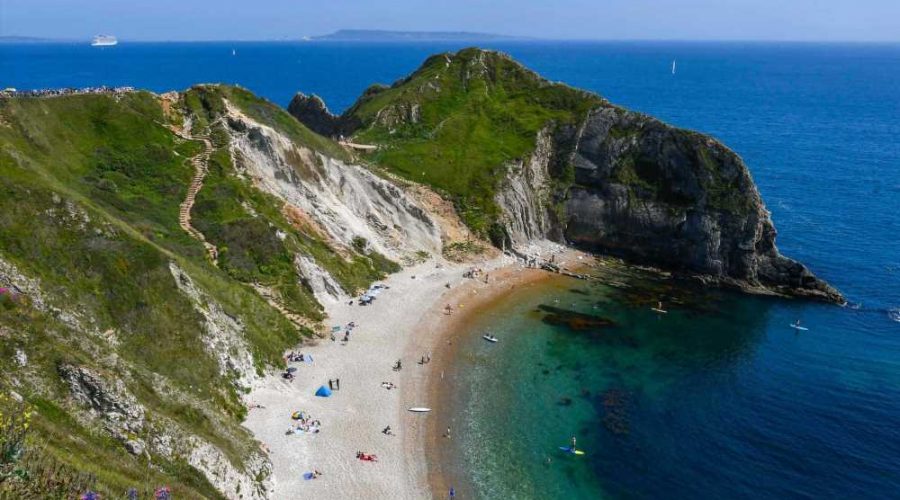 A WOMAN has died after she fell from cliffs in front of horrified beach goers at Durdle Door.

She had been climbing down the 150ft rocky cliffs that form the famous landmark in Dorset today. 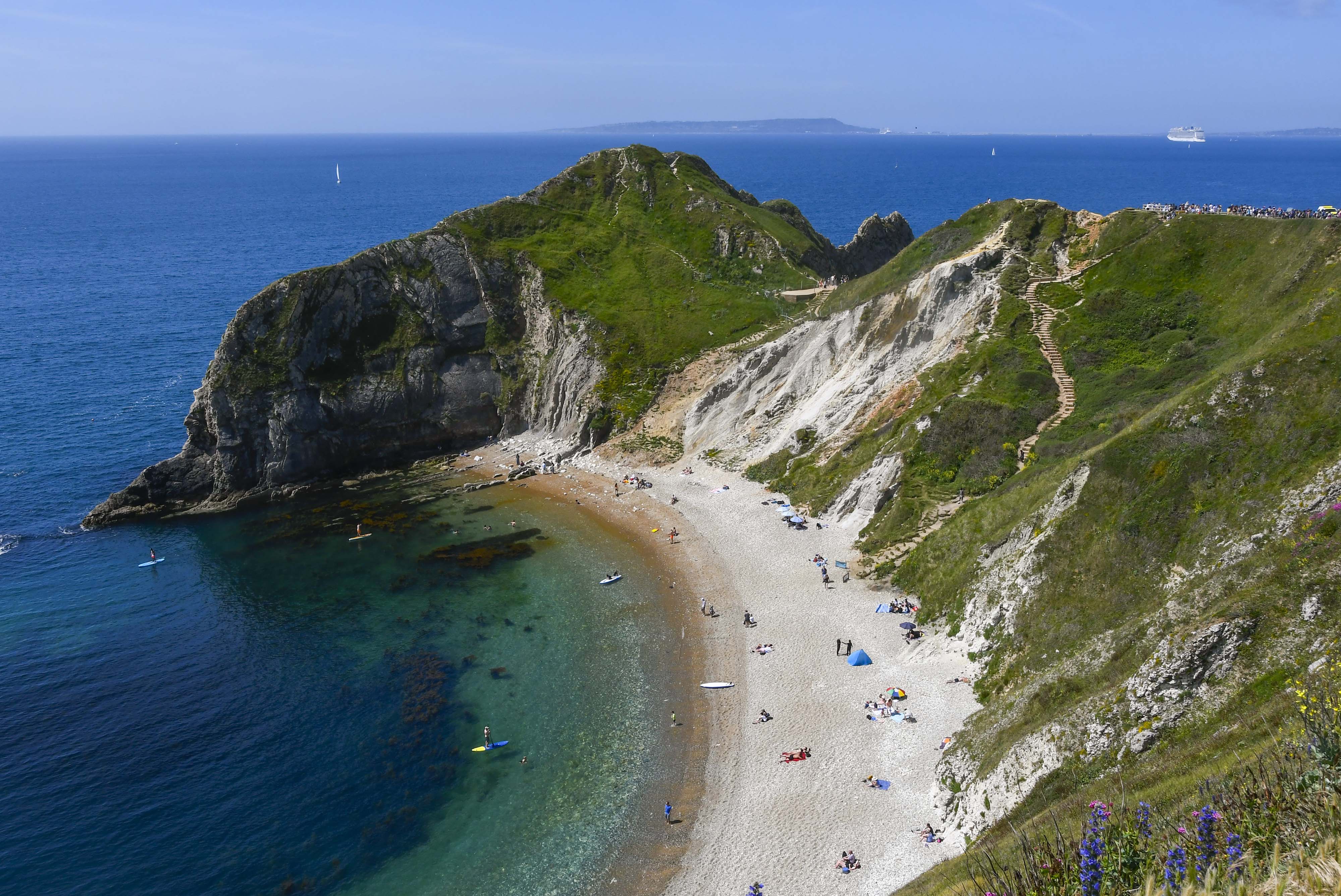 She suffered fatal injuries in the fall onto rocks below the cliff that overlooks the popular Man o' War beach.

Emergency services rushed to the scene but could not save the woman and she was pronounced dead at the scene.

The incident took place on the east side of the cliffs at Durdle Door on one of the hottest days of the year.

The famous Durdle Door archway has seen several emergency incidents over the past year as it has become a popular spot for tombstoners.

A spokesman for the Lulworth Estate, which owns the beach, said: "I understand that a woman fell whilst climbing down the cliffs above Man o' War beach.

"Dorset Police requested our staff to assist with controlling visitors to enable the helicopter to land."

The incident happened at 3.07pm today and police are now investigating the circumstances of this death which is not believed to be suspicious.

A spokeswoman for Dorset Police said: "At 3.07pm Dorset Police received a report that a woman had fallen from a cliff at Durdle Door near Lulworth.

"Officers are attended together with other emergency services colleagues. Sadly, the woman was pronounced dead at the scene.

"Officers are investigating the circumstances of this tragic incident."

A spokeswoman for Dorset and Wiltshire Fire and Rescue Service confirmed that fire crews from Bere Regis, Dorchester and Weymouth were at the scene to support emergency services.

She said: "We were called at 3.14pm after reports that someone had fallen from height at Man O'War beach.

"We have crews from Bere Regis and Dorchester in attendance, along with a technical rescue team from Weymouth."