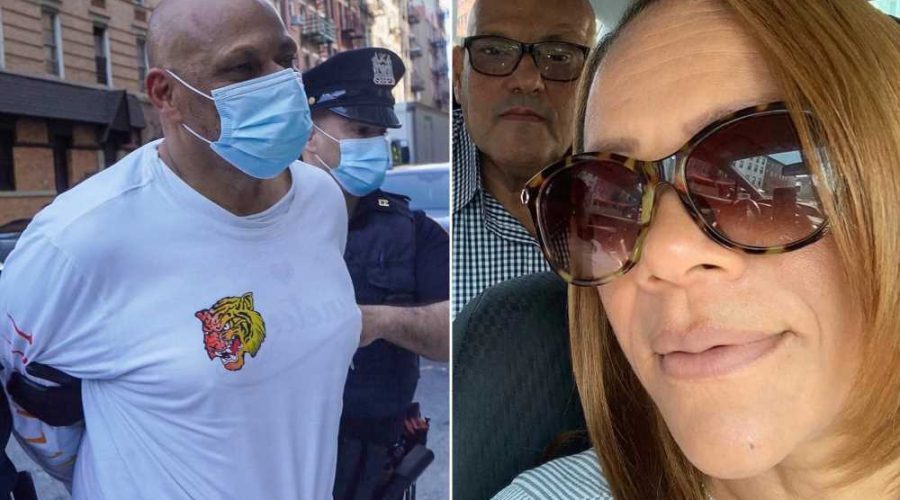 Woman kidnapped by triple murder suspect convinces him to surrender

The woman whose husband beat her with a crowbar in a jealous rage at a Washington Heights bus stop last week has died of her injuries, cops said Monday morning.

Maria Kelly, 49, died Friday — four days after her enraged husband, Julio Aponte, 63, struck her in the head as she stood at a bus stop at Fort Washington Avenue and West 163rd Street around 7 a.m., cops said.

Aponte allegedly left his wife for dead before fleeing on a motorcycle, with multiple witnesses calling 911 to report the vicious attack.

He then dumped the motorcycle at West 163rd Street and Fort Washington Avenue — before telling a parking attendant that he had killed his wife, police sources said at the time.

The attendant urged him to call the police — prompting Aponte to dial 911 claiming he’d killed his wife because she had cheated on him, the sources said.

Kelly, who went into cardiac arrest as a result of her injuries, was taken to Columbia Presbyterian Medical Center, where she died Friday, police said.

Aponte was arrested a short time after reporting the incident and charged with second-degree attempted murder and assault, cops said.

Possible upgraded charges would be handled by the Manhattan District Attorney’s Office, according to cops.